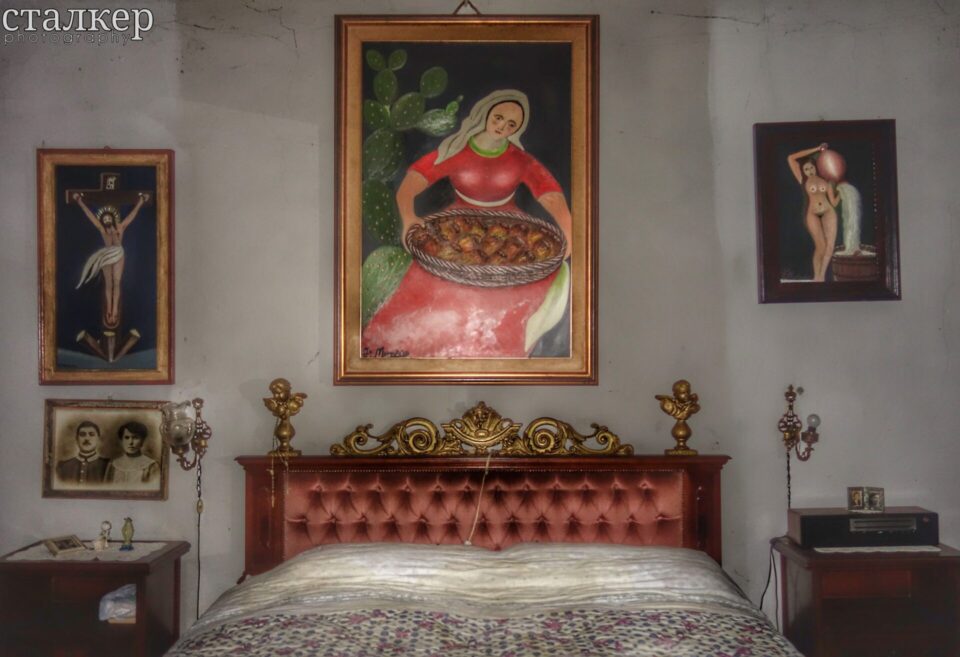 Strange creatures wake up at night, crawling in the dark and turning their pleading eyes to the sky.

The abandoned house is located on the slopes of the Euganean Hills Regional Park. 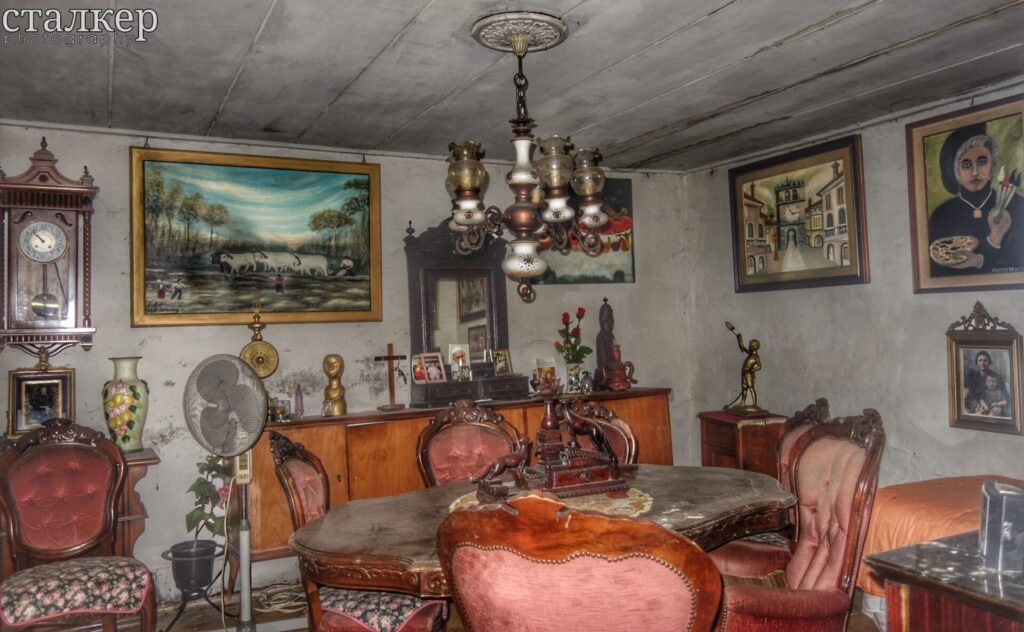 Once upon a time there was a garden of wonders, full of colourful statues, a special place whose magic was enclosed in the figures that assembled it. Various bizarre creatures lived together, singing in unison and inviting visitors to explore their kingdom and the treasure they held. 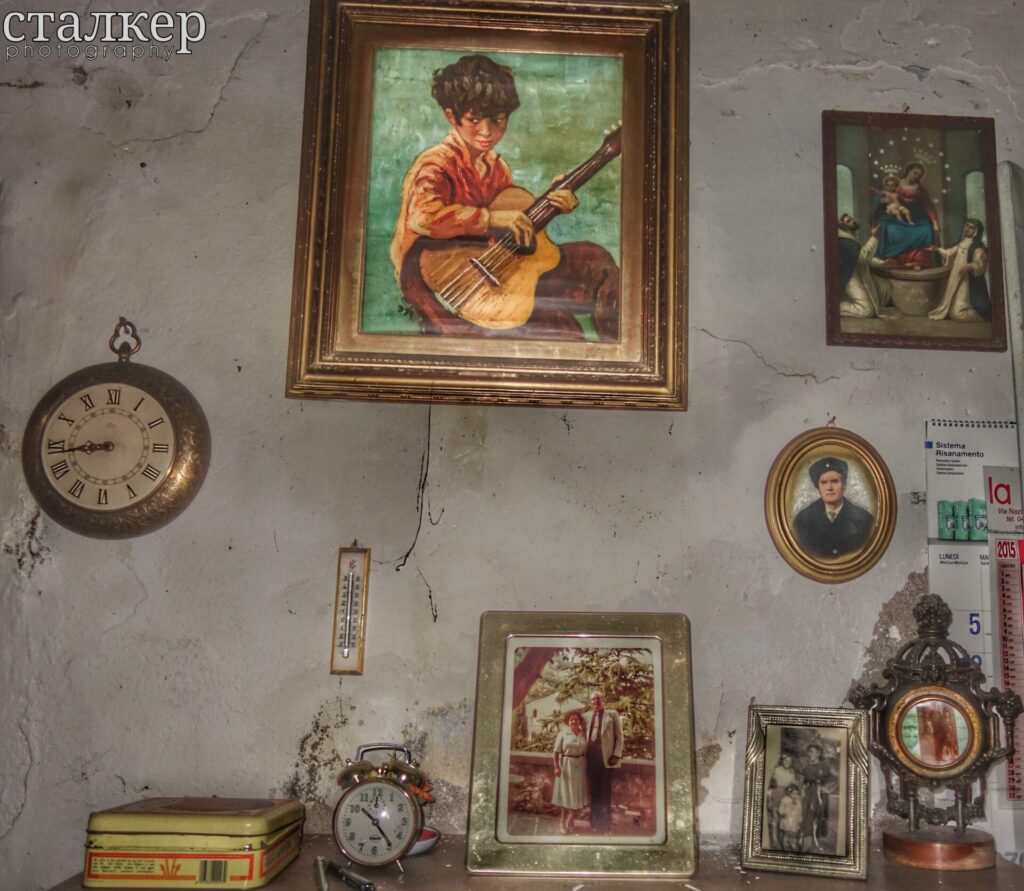 The house is small, there are no attics or cellars. There are no signs of vandalism or theft other than the gate and a window that at first glance is broken.

Once through the door, the visitor enters a labyrinth of memories: rooms covered with paintings, documents and family heirlooms. The man loses himself and then finds himself again, jumping from one mirror to another and being drawn into a multidimensional space, sucked into a vortex of memories. The house begins to float gently in the air, banging against beams and planks. Tired and lulled by the rocking of the house, all of a sudden a small group of people dressed in a rather bizarre way come towards me. They nod their heads and raise their hats in greeting.

The artist leads me into his home, showing me rooms and telling me about his life. A life abandoned at the mercy of uncertainty, and material possessions are the only evidence of this. 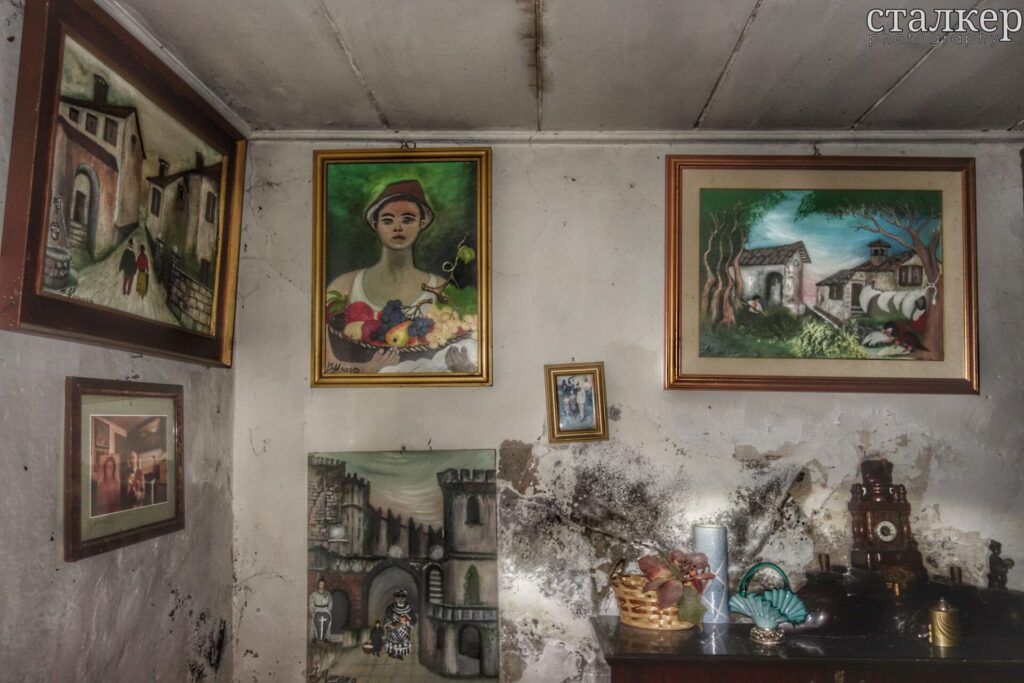 A gust of wind blows me back to the wrought iron gate, and all is motionless.