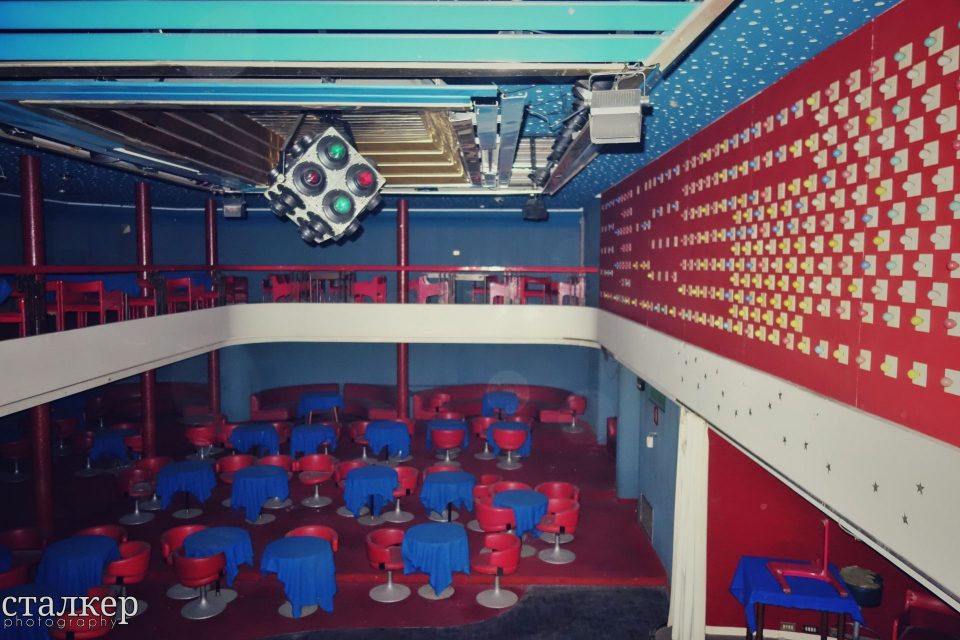 And they marched towards the summit, where music and alcohol inspired the elites to new generative processes.

The nightclub and hotel is located in a small town in the middle of the Euganean Hills Regional Park. During the day there is a security guard to watch over the area.

History of an abandoned hotel

The villa belonged to an army general of Jewish origin, then sold to a lady who built the hotel in less than a month.
It is said that a famous German diver, in order to demonstrate his diving skills, had twice jumped into the hotel pool directly from his bedroom.

It is night when we cross the threshold of the hotel. Our torch and camera flashes illuminate the street. The reflected light makes us dizzy, so we grope our way around.
The nightclub, almost as if it were a set from some Gaspar Noé film, appears in all its vibrant red and blue. 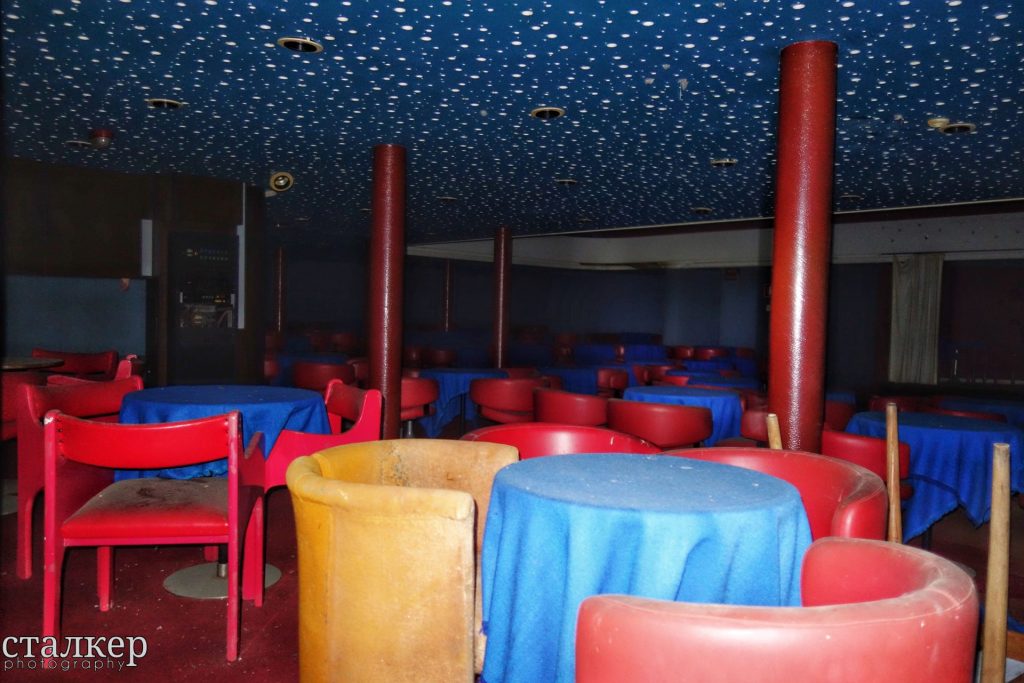 And the lighting forges magical, moody images, at other times explosions of primary colours in bright, electric tones. DJs with pounding music, cubists and dancers let themselves be carried away by the rhythm of the evening, amplifying a fallacious and psychedelic emotional depth. Nights devoted to pleasure that brought humans to their simplest nature, unveiled clothes and removed masks. 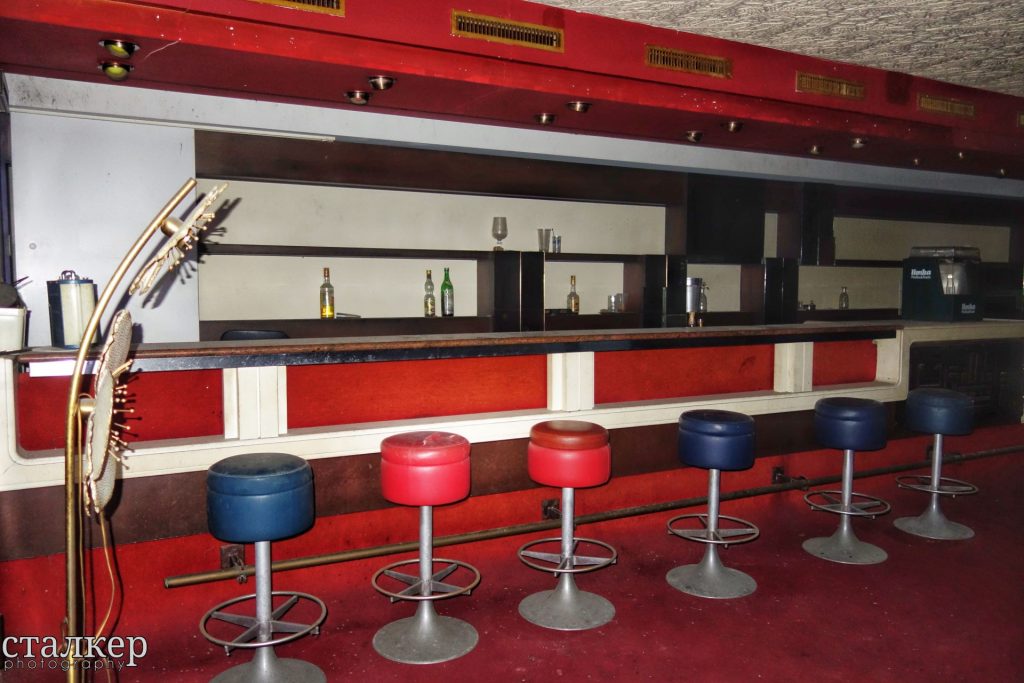 The rest of the hotel lies in silence, enveloped and lulled by the blackness of the night and the gentle whispering of the hills. 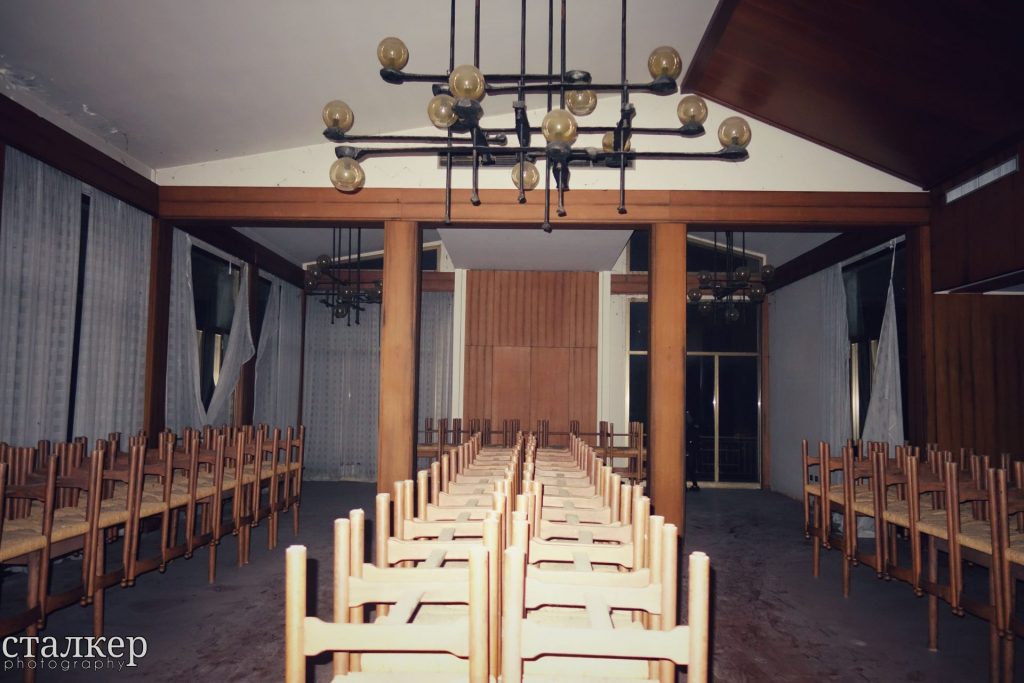 Lights in the distance timidly approach the building, only to be absorbed by the black heart of darkness. Some rooms are still in good condition with mattresses, sheets and blankets. In the reception area, however, there are remnants of a past life, when the vibrations from the nightclub could be heard as far as the town below.

On the top floor, the view was breathtaking: the breeze, the darkness, the hills and the awareness of being there and yet not being there. The night passed and we remained on that roof.