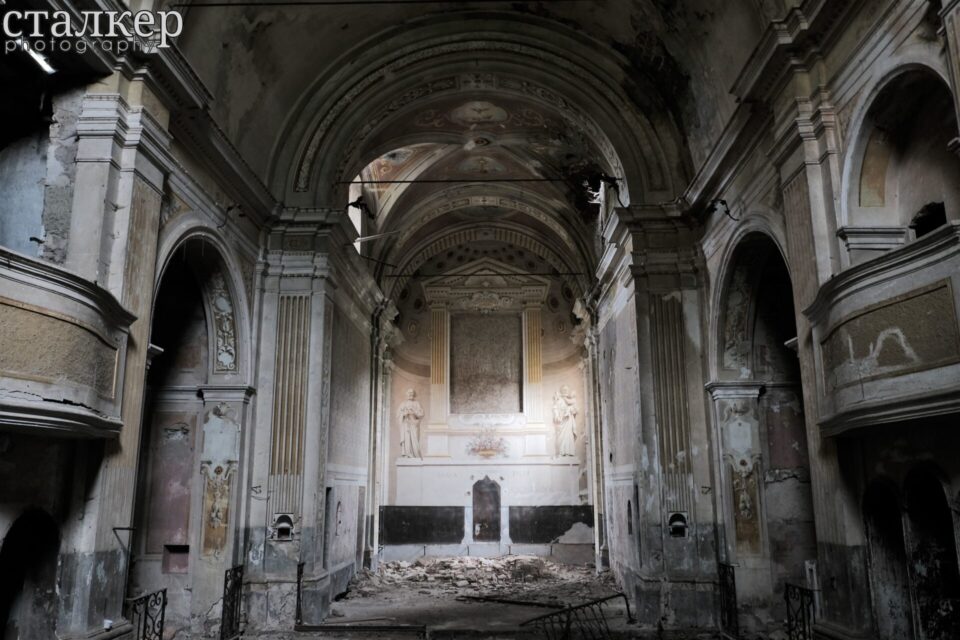 A deconsecrated and abandoned church in the heart of the Apennines, surrounded by a halo of mysticism and magic.

The ruined church is decadent surrounded by breathtaking landscapes and places of historical interest.

Dominating the Podere Ca’ Sasso, it is located in the municipality of Vergato, a 12-minute drive from the town. The road to the top is difficult in places, but the landscape is well worth the effort. 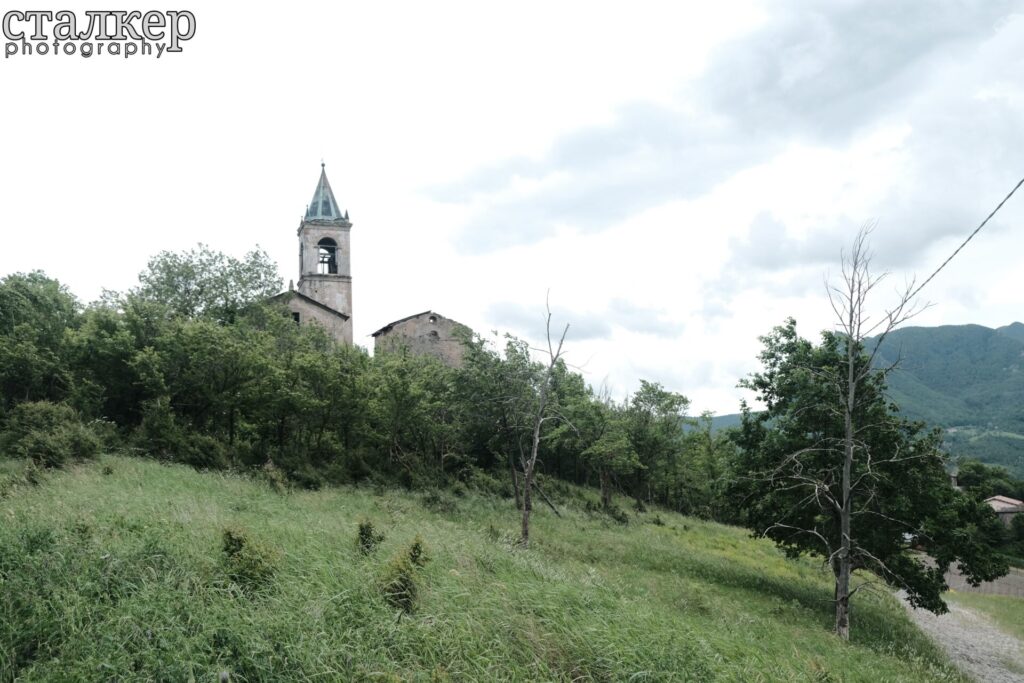 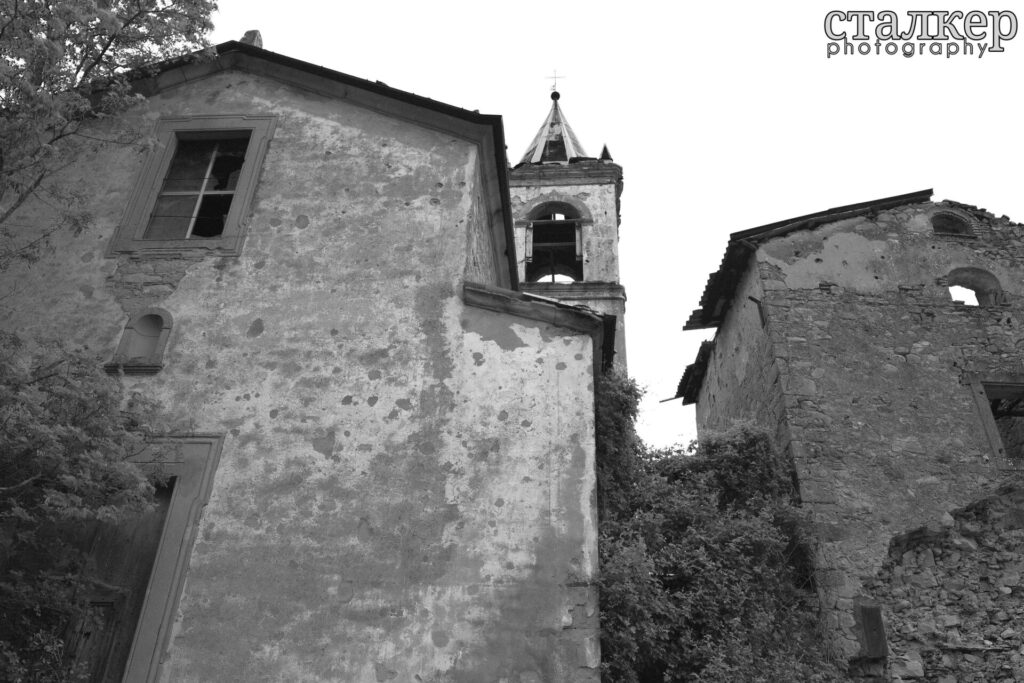 The church of Montecavaloro, or Monte Cava L’oro – a name given due to the possible presence of gold underground – was a meeting place in the medieval village of San Giorgio di Montecavaloro. The village was well populated (it had about a thousand people) and isolated, with the population dedicated to agriculture and grazing. In the 9th century, the village had three different parishes: one dedicated to St. George, the other to St. Nicholas (both named Montecavaloro) and the last consecrated to the Archangel Michael was called Lisano.

Owned by Countess Matilde of Canossa and later by the Bishops of Ravenna and Bologna, with the advent of the Strada Statale 64 road the inhabitants of the area slowly depopulated and moved towards the towns of Riola and Vergato.

It was one of the best known monuments of the Apennines until the construction of the church of Santa Maria Assunta by architect Alvar Aalto (with the original bells of Montecavalloro) led to its deconsecration.

Various proposals for restoration and reuse have been made, although all that remains now is air in the wind.

For those who want to know more, I leave the link in the description: https://vergatonews24.it/2014/10/26/la-chiesa-di-montecavaloro-non-vuole-crollare/ 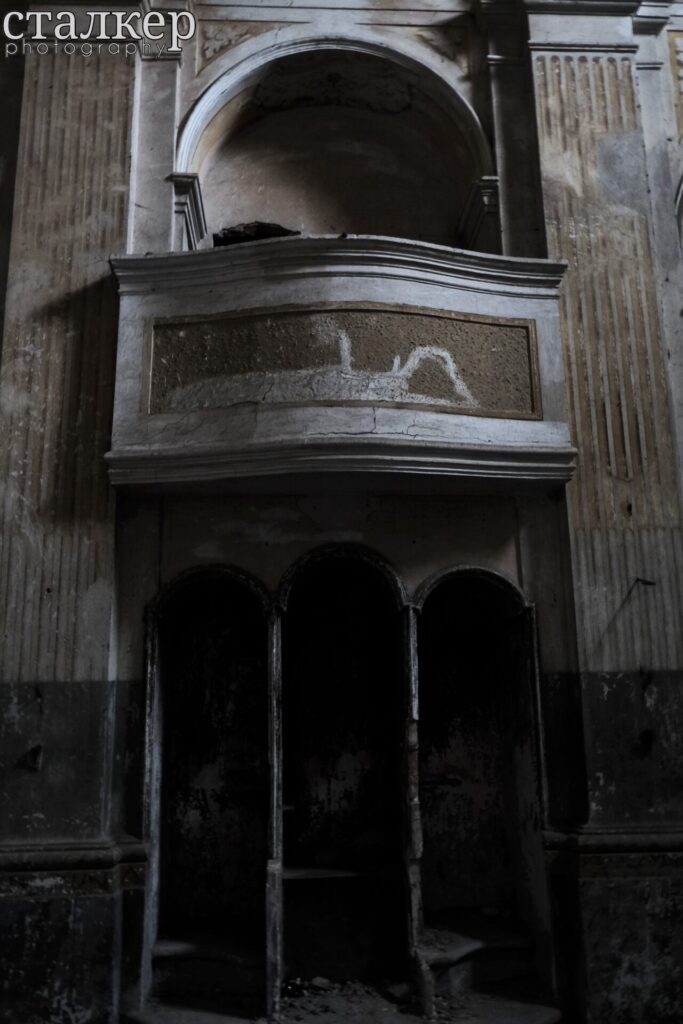