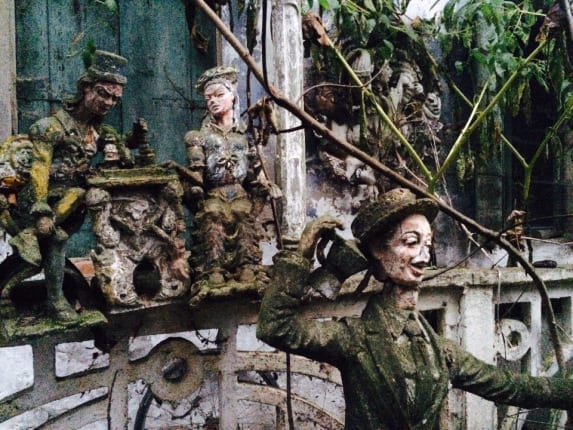 Have you ever thought what happened with Hansel and Gretel after they have grown? We have tried to think about it and even found out the story that could be counted as the continuation of the well-known fairy tale of German origin, recorded by the Brothers Grimm. Events continued in Villa Estense, small town located near Padova, let’s take a look behind the scenes!

The fairytale house is located in Villa Estense, not far from the centre. At the side of the road you will find this house surrounded by greenery and submerged by some creepers. You don’t even have to climb over gates or pass under nets to get in, as everything is open.

There aren’t even any guardians watching over the area, except for the spirits of the two brothers who will accompany you throughout your exploration. 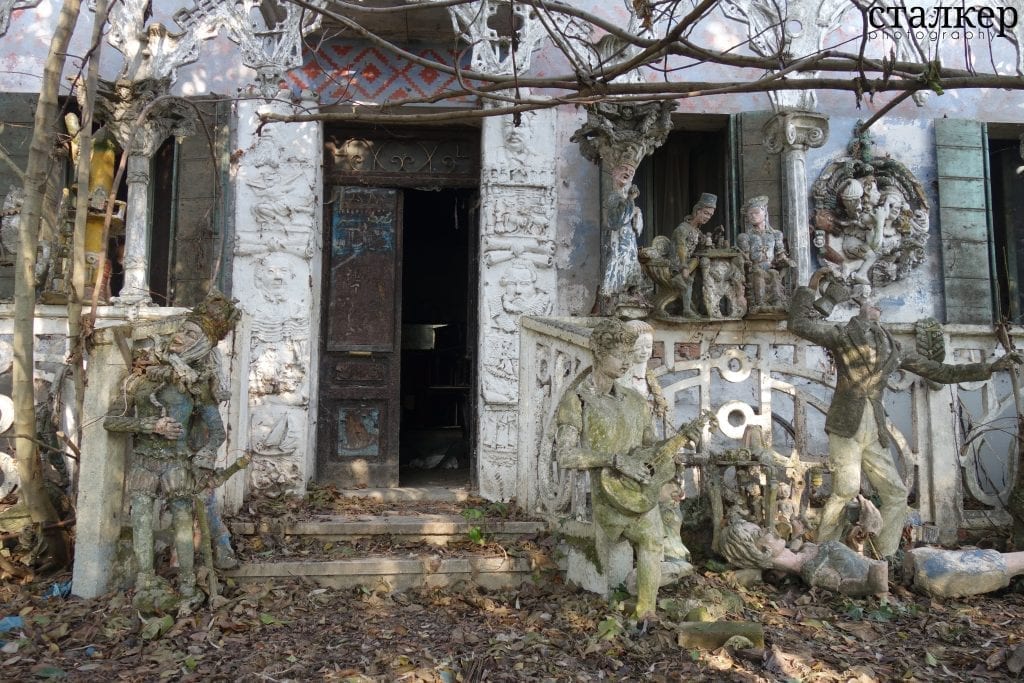 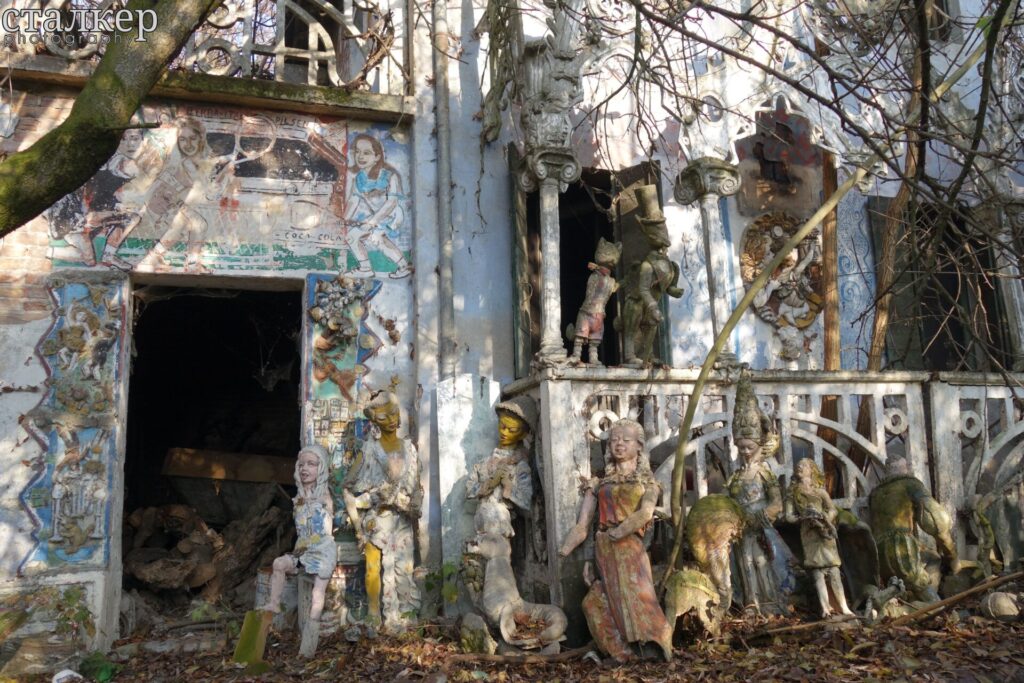 The two brothers: Nelly and Alice

Well, now we have to tell you that our story is not about Hansel and Gretel but about two other siblings: Nelly and Alice. Her name was Alice Nellj and his was Nellino Bergamini. They were born respectively in 1922 and 1925 in Berra (Fe) and in 1946 they moved to Villa Estense with their mother, who had recently become a widow. 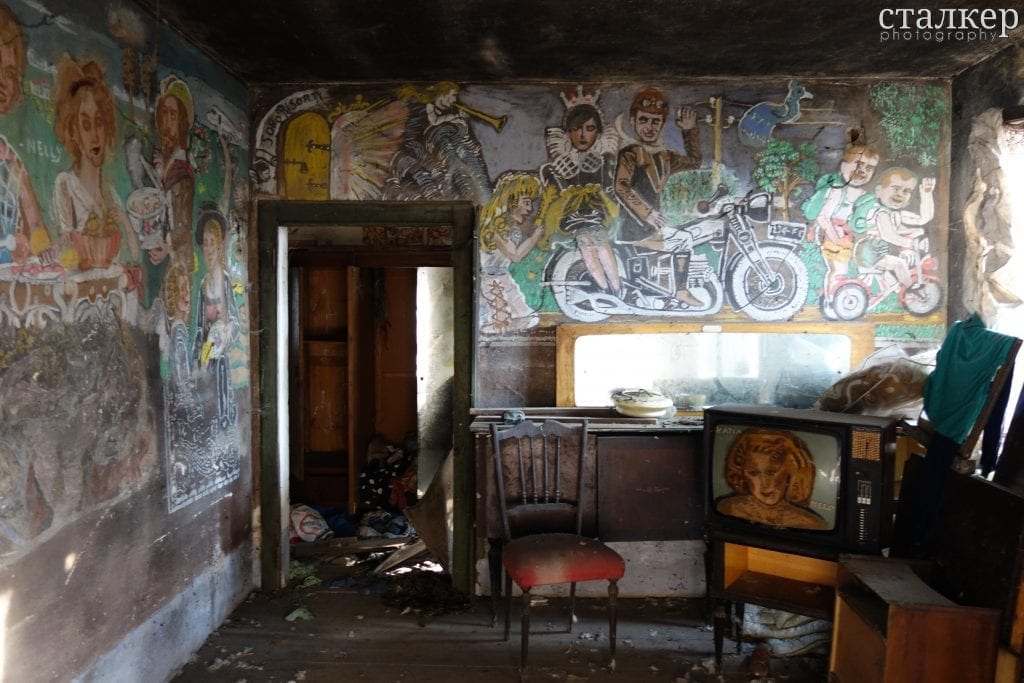 Both primary school teachers, his sister retired from teaching to look after her sick mother, while he did some substitute teaching. It is said that he used to take his bicycle to class, not trusting it to be left unattended in the schoolyard. 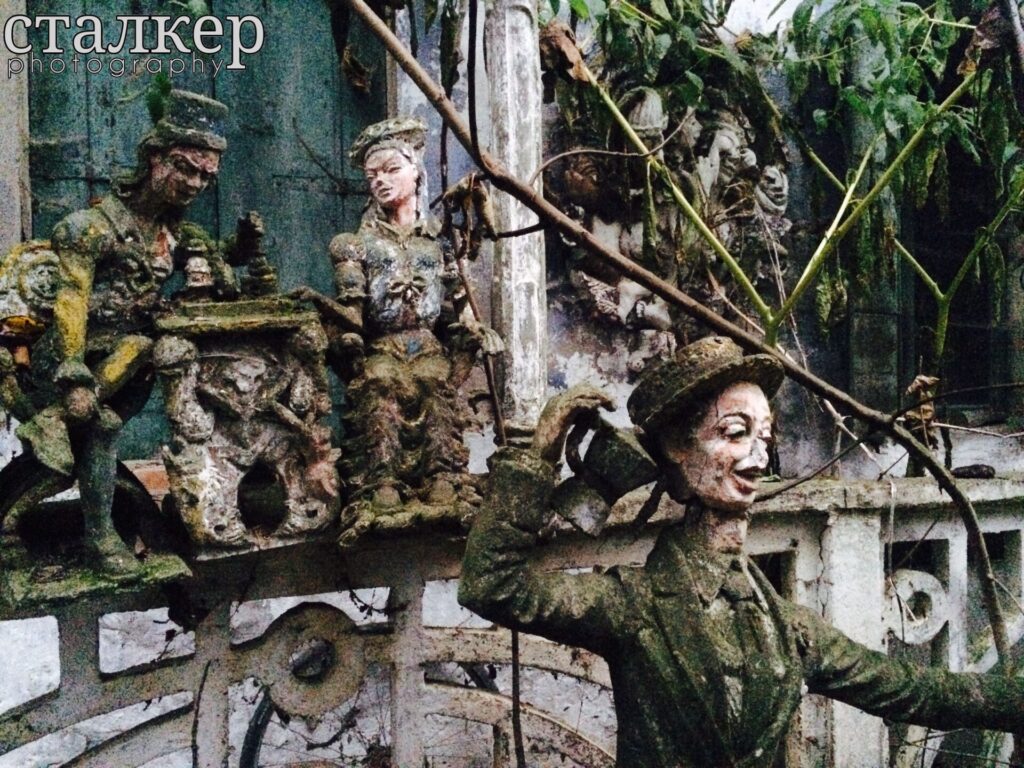 In the 1960s, the province of Padua had to fix the provincial road that led to Vighizzolo and to rectify the curve that passed right in front of the Bergamini’s house, and decided to expropriate their land. He went crazy, the Carabinieri arrived from Carmignano and he spent a few days in a security room in Este. From that day on, they retired to an almost cloistered life, abandoning everything to follow their true passion: art.

Their life was similar to that of two Hermits, without water (there are no toilets or sinks inside), electricity or gas. They never spoke to the inhabitants of their small country town and ate only the food that grew in their garden.

Alice, a lover of tidiness, was always at home wearing heels, sewing clothes and doing household chores, while Nelly went to the local market to sell some of their work and buy new paints. Nelly loved her sister so much that she nicknamed her the ‘Divine’ and they lived for each other.

Then, in 2007, Alice died and was buried wearing python fur and shoes. From that moment on, Nelly left the house and, before joining his sister in the afterlife, ended up in two rest homes (the last of which was in Casale di Scodosia) where he told people every day how important his sister was to him. In honour of his sister, Nelly built a pair of Cherubs and a bust of her, which are now placed in the chapel of the cemetery at Villa Estense.

Because of their strange way of life there are many rumours about these two brothers. Some speak of an enchanted garden that enchanted and attracted children, who were in turn captured, killed and eaten. It is also believed that the remains were buried in a pit at the back of the garden.

The second legend concerns the brothers’ father, who was believed to have been a spy for the Germans during the Second World War. After the liberation by the Allies and the partisans, he decided to take refuge in this country house, where he died a few years later. The reality is that his father was electrocuted while working with high voltage cables (this incident traumatised the family so much that they decided to live without electricity) and they lived in this house with just their mother.

A mother who was very close to her children, the children dedicated to her a bouquet of flowers painted in one of the upper rooms with the words “Only for Mum”. The mother always lived with the wish that Nelly and Alice would get married. Perhaps this is why in the garden, among the various creepers and trees, we find a couple kissing, representing the two brothers close and together even in death.

Once upon a time…

The first thought that crosses your mind after entering this fairytale world is that you have ended up in some kind of museum. The trees and grass that grow wild and lush are part of this imaginative world full of melodies.

The enchanted garden and the statues

The statues warmly welcome guests: a cat and a rabbit dressed in their best clothes welcome us into their home. Keeping these two animals company are some princes and princesses, the Mad Hatter, Don Quixote of the tip and several varieties of imaginative animals. Other statues, on the other hand, are in no condition to speak to us and remain lying on the floor, without limbs and some even with their heads cut off. In the midst of this turmoil, Nelly and Alice shake hands, the latter with her melancholic gaze downwards. It is said that these two statues were made by Nellino after the death of his sister.

In the enchanted garden, not long after you have visited it, you can still hear some voices. Works of art, statues, paintings come to life and speak, asking questions about our history and at the same time telling theirs.

Everything around us is alive! What the two artists put into their works was their soul, and this is the soul of someone who has dedicated his whole life to his passion.

The next step was to go inside the house … and the only word that came out of our mouths was a resounding “woooow!”. The whole house is painted with various fairy tales. As we try to find out more about the lives of the two young siblings, we learn that Nelly and Alice are big fans of Hans Andersen! Scattered around the house are more documents, a gospel, handmade clothes and notes from the siblings themselves. 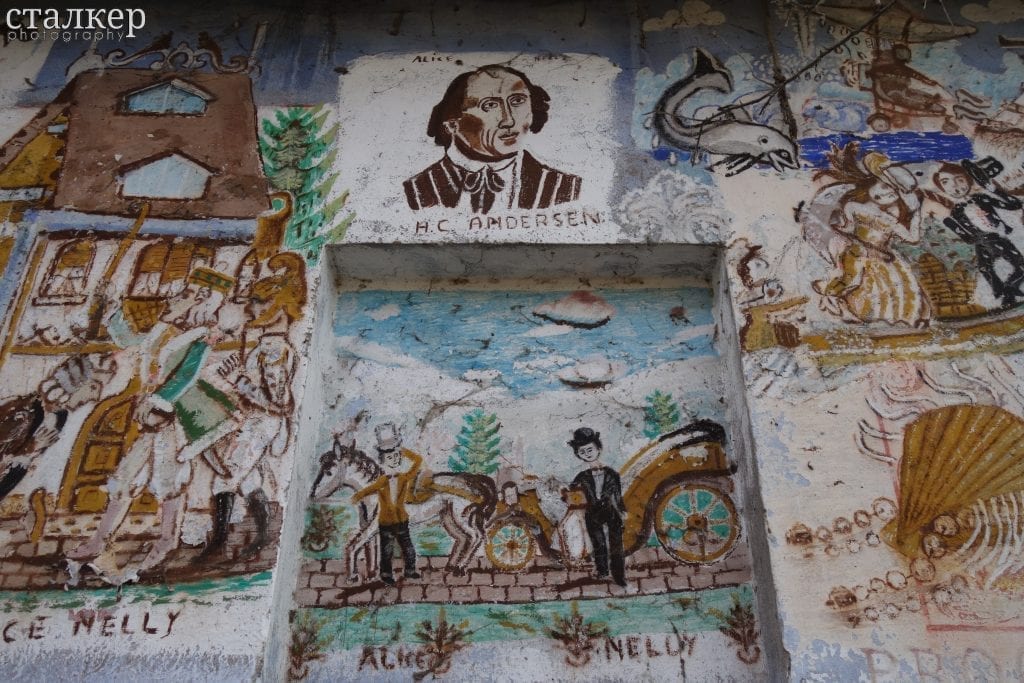 The more we continue with our exploration, the more we are amazed. In two different rooms we discover two television sets. Remember that Nelly and Alice had no electricity, so what are two televisions doing in the house? Here’s another design piece to add to their collection of masterpieces: two photos have been painted above the screens as a tribute to Katia Riciarelli and Luciano Pavarotti.

(“Why do you need television when you are already in world of fairy tales?..”).

In another room, old clothes and mementos from the 1980s are scattered around the floor and thrown into the wardrobe.

From inside the house, through the windows, it is possible to spy on the ‘guardians’ of the place. These small, colourful, puppet-like men stand at attention on pedestals outside the entrance. Quite disturbing and frightening when they are unintentionally illuminated by the light of our torches. 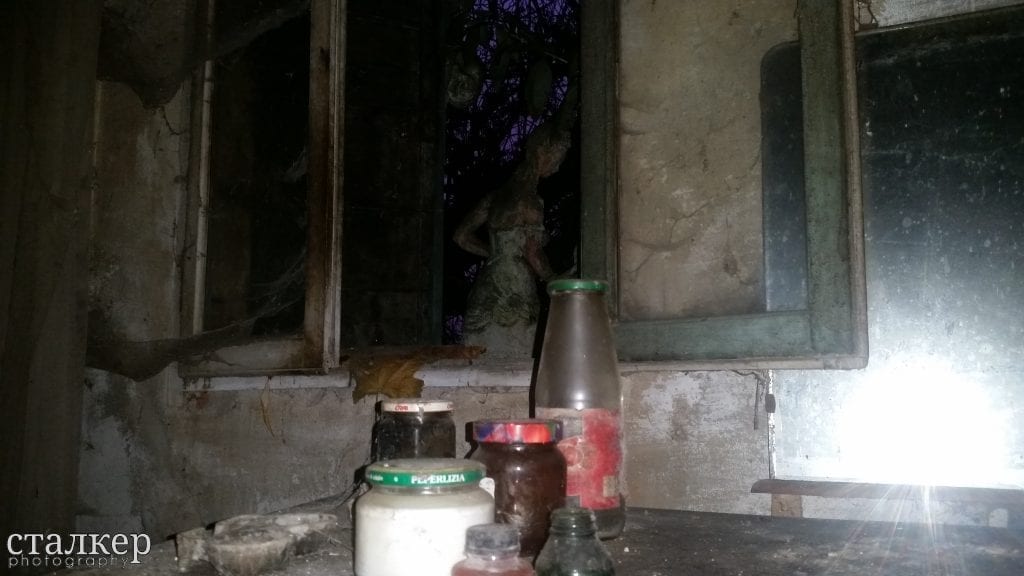 The house has two floors, and on the second floor there are stairs leading up to the roof. When evening comes, we find ourselves surrounded by trees, in the dark and with a trickle of fog lapping at our heads.

We left this house late at night and the only one though that was in our minds when we were trying to reach Este by bike that today we have seen one of the most amazing and the most special places in our lives.

…PS: Fact that happened to Jacopo

When he was younger, 10 years ago, accidentally he reached this house with one of his friend. Thinking it was abandoned they decided to try to get inside but all the doors were locked. After few minutes an old man came out from the window screaming something like: “no-no, go away from here, go to hell”.

Just now he understand who was that man…it was Nelly!!