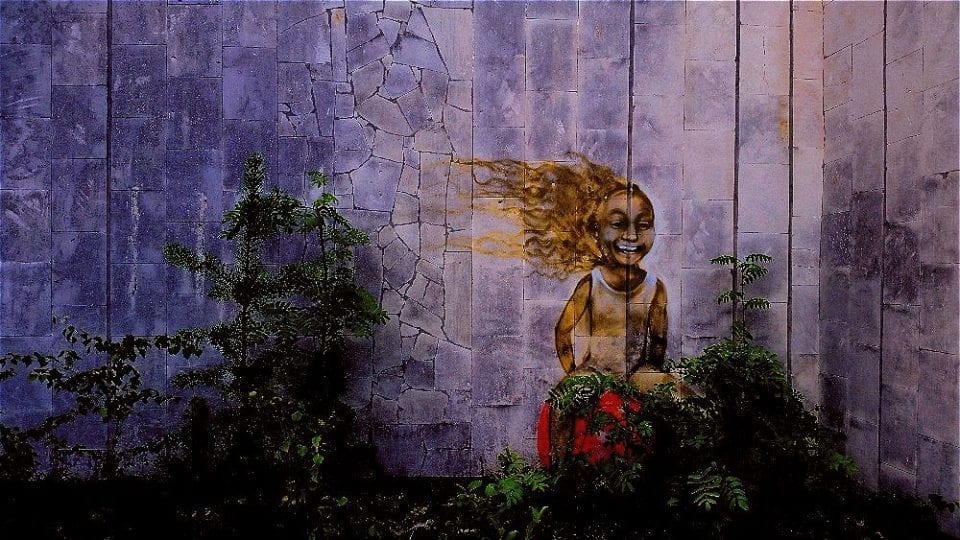 Finally, it’s time for our last article in the series about visiting Chernobyl exclusion zone. This time we will tell you how to get to the Zone illegally and absolutely free of charge.

How to Get in

There are four ways to get inside the Zone, about which we know.

Through the checkpoint Дитятки. This way is the most common among stalkers and the most known also among police. The probability of getting caught is about 50 to 50.

A border settlement, relatively convenient for illegal entry into the Zone, is the village Губин near Дитятки chekpoint. You can get inside through various holes inside the barbed wire.

The biggest obstacle that awaits you along this path is the bridge over the river Uzh. 100 meters of straight road with excellent visibility, extremely intense traffic and zero opportunity to jump into the bushes.

In total you have to go about 40 km to get to Pripyat. In general, there are all 50, because still some times you have to bypass the marshes and logs.

By railway road. Landmark – the village Ольховая in Zhytomyr region. From here begins a direct road to Pripyat (by foot 45 km). On the way, you will come across abandoned stations where you can spend the night. The biggest danger is the Red Forest, which is the most radioactive place site in the Zone. You will have to pass it by foot (and not by quickly driving inside the bus, as inside the tour).

Through the village Радинка. Before it was the best place to go to the Zone. But this year they started to grow sunflowers there, so now there are constantly rolling tractors and patrols. Here you run the risk of spending a lot of time hiding from everyone and looking for a decent way to come inside the Zone. But nevertheless this is the shortest way to Pripyat – only 25 km.

Through the village Максимовичи. There is a bridge, which means that this place is also very visible by patrool. We know just a little about this place, so we just inform that it also exists as a way inside.

What to Take with

Go to the Zone is common to a distant hike. But at the same time you must understand that this “hike” will be on the territory contaminated with radioactive elements.

We list here some things that, by our opinion, you can take with you on a 3-4 day trip to the Zone. It can and should be changed depending on your tastes and preferences, as well as the duration of the trip.

You should have clothes with long sleeves – your body should be closed as much as possible, especially when you enter a 10-kilometer zone. Camouflage suit could be an excellent decision (plus – cool pictures). It is worth picking up clothes depending on the season of the year.

Wear only comfortable closed shoes. In the Zone you can find many things, including abandoned wells and broken glass, so it is important that the foot will be protected.

It is also worthwhile to take along the mittens to avoid contamination when climbing on different objects.

Remember that it is better to take more than less, because there you can not get the missing one things. But also do not forget that all this stuff you have to carry on yourself.

-Dosimeter. To measure the level of radiation around (it can be rented in Kiev).

-Light. Since it is necessary to travel more often at night, it is better to see where you are going.

-Food. From the food we advise you to take canned goods, rusks, condensed milk, tea, packages with instant noodles.

-Water. This is one of the most important points. Remember that in summer you want to drink very much, especially with such a heavy hike. Calculate water based 2-4 liters / for one day. Some stalkers take a water filter with them and take water directly from the river Uzh (the Pripyat River is not very popular among stalkers). If you do not disdain, you can also do like this. In winter, you can take water by melting the snow.

-Sleeping bag and matrass. For a comfortable sleeping.

What Dagers are Waiting Inside

The total number of patrol officers in the Zone is about 500 people. They are the policey at checkpoints and on other posts, as well as mobile patrols that constantly travel along the roads, and special staff that sits in ambush, usually directly behind the well known and new holes, as well as popular among stalkers routes already inside the Zone. Some of them have heat meters, thanks to which they can easily find you.

In addition to the police in the Zone, you can meet border guards, since the entire territory of the Zone is a border. The most dangerous thing is to cross the Belarusian border. Belarusians are not as friendly as their Ukrainian counterparts, because the visit of the Zone inside Belorussia is a criminal offense.

In the Zone you can also meet the Security Service of Ukraine and the Special Unit for the Protection of the Chernobyl Nuclear Power Plant, called “Scorpion”, which is engaged in ensuring that nothing dangerous can be carried out from the former nuclear power plant.

At lunchtime, there are a lot of tourists in the Zone. They, along with their guides, can also tell police if they see you. Therefore, it is recommended to walk on especially interesting objects or at night, or in the morning till 10 am/in the evening after 5 pm.

The Zone is a large nature reserve, where many wild animals live. The most dangerous of them are wolves. There are a lot of wolves, a lot. Stalkers face them all the time.

Besides wolves, also bears live there. With them, stalkers meet much less (almost never). However, meetings with them are more dangerous than with wolves. A bear runs faster than a person, it can also climb a tree, moreover, for a bear, any living object, including man, is a food source.

Also there are moose, lynx and wild boars. The most dangerous time of meeting with all these animals – autumn – the time of mating. Also, do not dare to approach these animals if you see thei kids near to them.

The area after 30 years of abandonment is overgrown with many herbs and bushes. Sometimes you will not be able to see a well or pit.

Also, many buildings are in disrepair. When the roof collapses – just a matter of time.

If something serious happens to you, you can always call the State Emergency Service. But remember that the connection is not working around all the Zone, just in some parts of it.

This is the most dangerous “beast”. It is not audible and it can not be seen. In order to protect yourself, you should take a dosimeter with you and follow the basic safety rules.

What are the Pluses

After so many minuses, probably, your probably don’t want more to go to the Zone? Do not hang your nose! All these difficulties are nothing compared to the realization of a big dream (we believe, for you this is also a cherished dream).

To go to the Zone means to see life without a person, to live in a city where there is no one around, to test yourself and your feelings.

In addition, you will have the opportunity to visit the city of Pripyat (time – unlimited, compared to just one hour allocated during the legal tour), climb the roof of the skyscrapers, from where you can see the whole city. To climb along the huge Doug in Chernobyl 2, wander through the villages, get acquainted with other stalkers (there are many of them visiting the Zone every day).

So many things to do!

If You are Caught

If you are caught in the end, do not worry, there is nothing bad with that! Importantly, remember some things.

-You can not take out the Zone anything! Forget about taking with you some souvenir. Even if they are not dirty, you still can not. This is an article of the Criminal Code 267-1. The term is from 1 to 3 years.

-During the time of detention, they will take from you your phone and a camera. After that you will be forced to delete all photos and videos from phone, and camera. Be prepared for this and have an additional flash card with you.

What other than that? For illegal visits to the Zone you will be fined approximately 300 hryvnia (10 euros). You will be given receipts to pay a fine, and when you pay for it, you can be free. Often, it is enough to give a brive to the police (just only if they ask).