One of the most luxurious and important villas of Abano, host of various famous personalities such as the playwright and writer Carlo Goldoni, the poet, philosopher and writer Giacomo Leopardi and the writer, adventurer and poet Giacomo Casanova.

The eighteenth century  Moceningo – Mainardi villa is located on the outskirts of Abano, in via Romano Aponense. Immediately after the roundabout you will have the opportunity to park in front of the property, as there is a large space where cars can stay. The easiest and less visible entry is on the left side of the structure, where the fence has collapsed.

It is located in the “Guazzi” district and dates back to the early 18th century. It was built by the Mocenigo, Venetian patricians who chose Abano as one of their favorite places. The villa hosted illustrious guests including Giacomo Casanova, Giacomo Leopardi and Carlo Goldoni (who wrote “I Bagni d’Abano” here). The residence gate is in wrought iron and is embellished by two Bonazza sculptures. With the collapse of the Serenissima Republic of Venice (Treaty of Campoformio-1797), Villa Mocenigo became the property of the Trieste family, of Jewish origin, while the historical owners left Abano definitively. In 1938, the family Sacerdoti (new owners and also Jews) sold all their possessions, including villa, after having created a remarkable collection center for drying tobacco in the years when the cultivation was very practiced in the Paduan countryside . 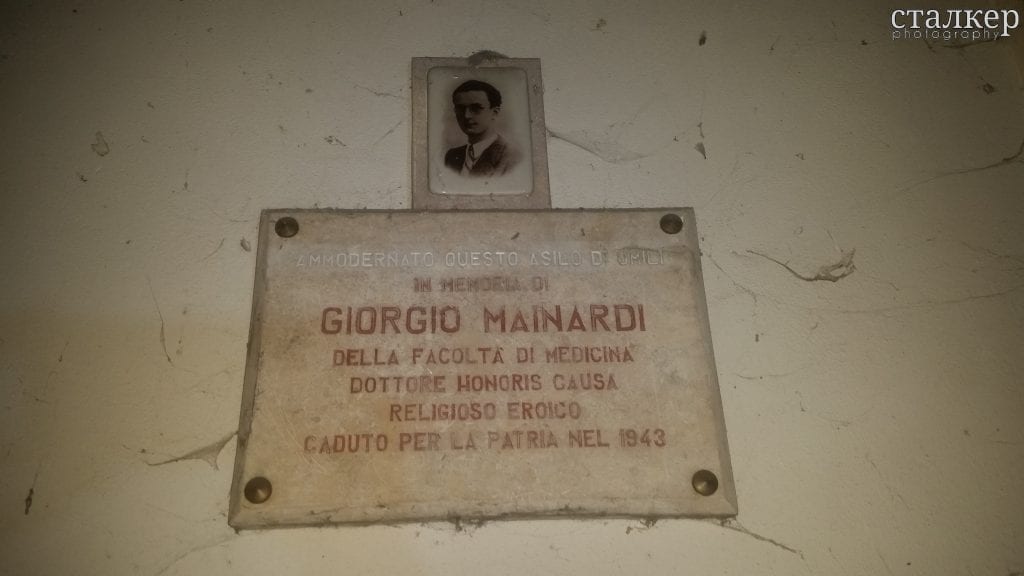 The Villa began to decline with the advent of the Second World War when the Fascists penetrated the villa, destroying, among other things, the library that contained documents, reports, prints, rental contracts and sale, also related to the Mocenigo and, of consequence, to the history of Abano Terme. In 1968 Mainardi bought the building and the attached factories and began a painstaking restoration work. At present, Villa Mocenigo Mainardi is reduced to a state of almost ruin. 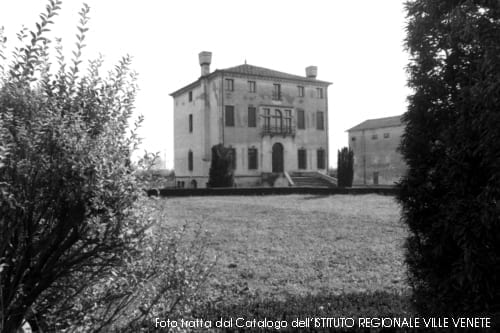 On a rainy day, the group of stalkers, accompanied by another group from Mestre, ventures through brambles and brushwood to explore an abandoned villa. At stand between the villa and the explorers is a shed, whose height goes up to twenty meters and the length more than a hundred. Some remnants of processing, like silkworms, are scattered all over the ground. On each side of the structure there are some sheets with topographic surveys written on them. About fifty yards away you can see what remains of another shed, that is, only ruins and bricks scattered everywhere. The thick walls surround the property, bordering its 70 hectares within which there are 9 buildings. Following the perimeter we come across another two-storey building, which hides another shed inside. At the first (and especially the second) floor you have to pay close attention to the floor, rotten and sometimes totally destroyed. After passing through several empty rooms we return to the ground floor, we cross this other shed, pass under a porch and finally arrive in front of the villa.

We enter the basement through a door left open. To go up we do not need the elevator, still well put, but we use the flight of stairs that lead us to the ground floor. The interior of the villa had Venetian floors, grand pianos, paintings, nineteenth-century furniture, fireplaces and Murano chandeliers. Now only the pillars, the fireplace and the bathrooms are what remains of the ancient splendor. Up to the second floor everything remains unchanged, if not for the shutters and red curtains that have inserted in the French windows. We move, leaving the villa and heading towards the small oratory dedicated to Sant’Anna. At the columns we see very surprisingly the pagan symbolism. Badges with faces of children and goats cover 2 sides of each column. The interior of the oratory would be bare if it were not for a somewhat disquieting chair, covered entirely with a white cloth. On the wall near the entrance a plaque in marble says: “Modernized this kindergarten of humble, in memory of Giorgio Mainardi of the faculty of medicine, doctor honoris causa, heroic religious, fallen for his country in 1943”.