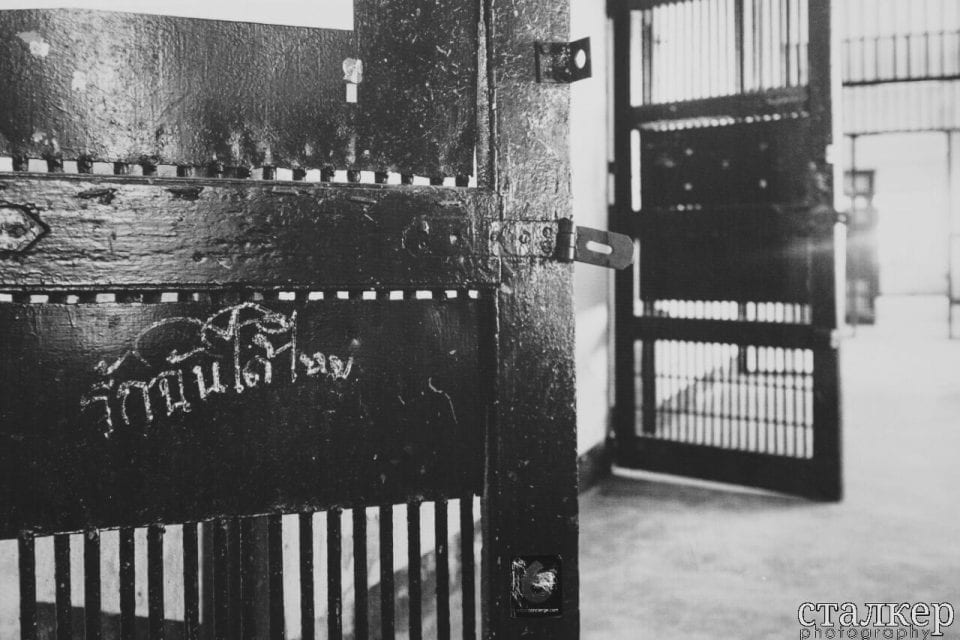 The abandoned prison is located right in the center of Chiang Mai, the second biggest city in Thailand, not far from the monument to Three Kings. When you ask locals, they will know about it and will be ready to explain how to get it (meanwhile thinking why this white man needs that old prison?).. 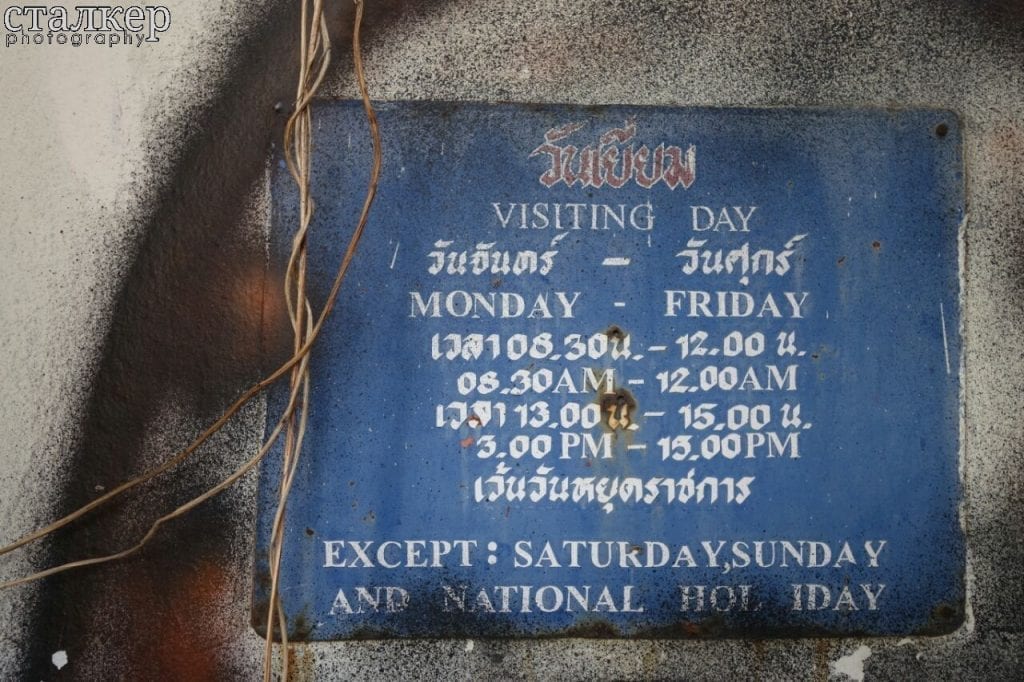 The prison is surrounded by the gates and it is impossible to get inside. There is a fence that you can jump over, but we were aware of police that could catch us for entering inside historical monument (this is how the prison is called now). 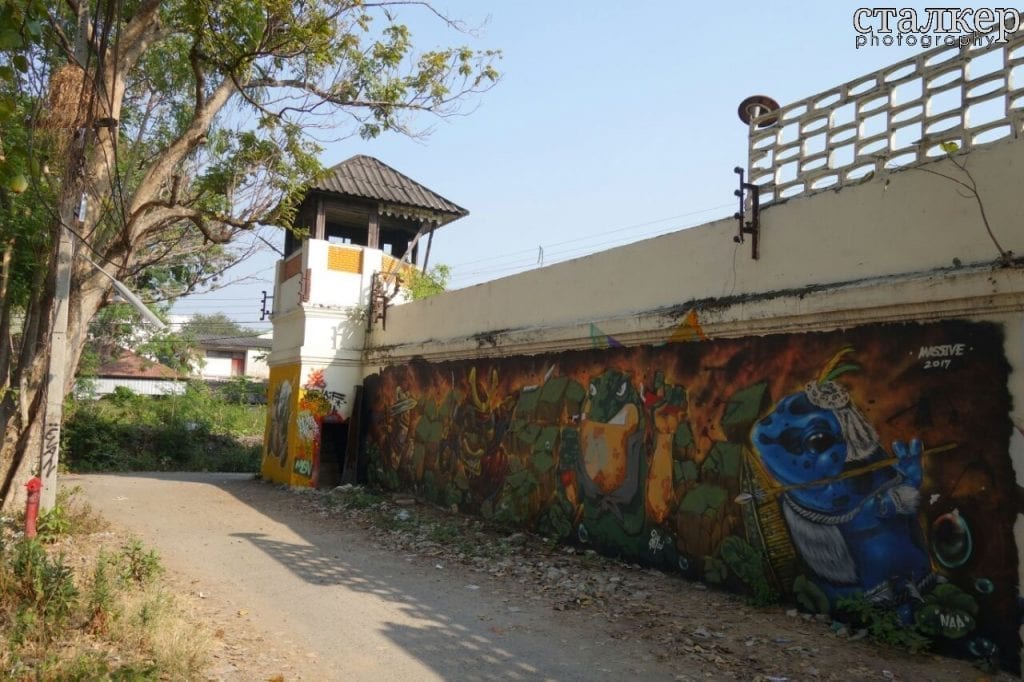 You can not find that much of history about this place.

Prison had been built on the land that had formally housed the palace “Wiang Kaew”, owned by King Mengrai, which had been knocked down in 1902. 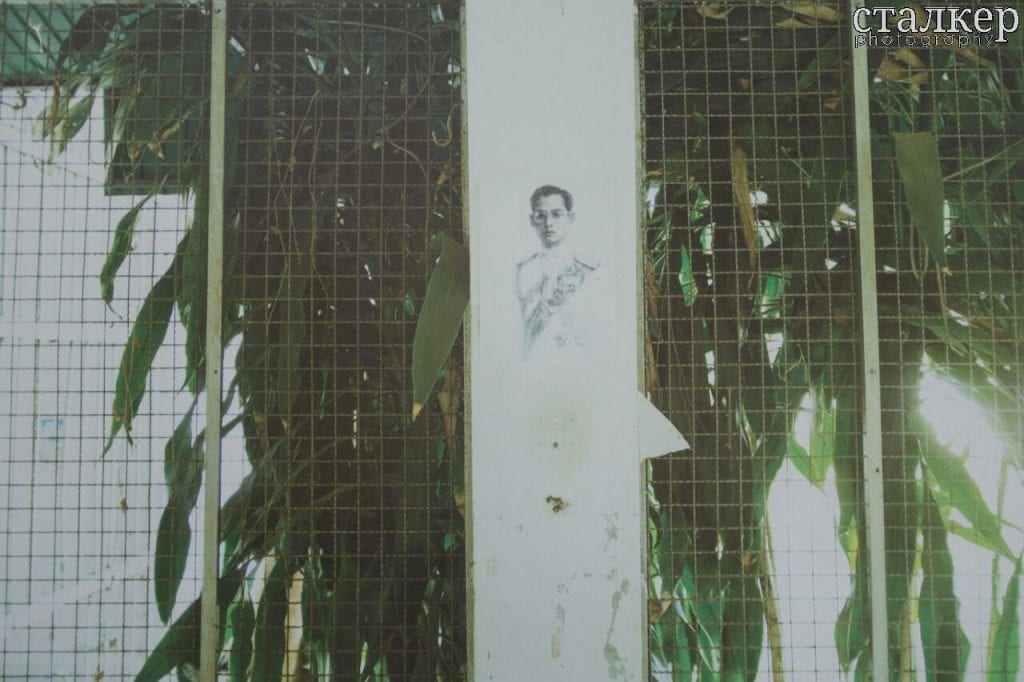 Jail was used to sentence women caught on narcotics.

In 2013 the prison was closed and women were moved to the men’s jail, 40 minutes away from this one and further from the city center. Men prison was also moved to another one in Mae Rim. 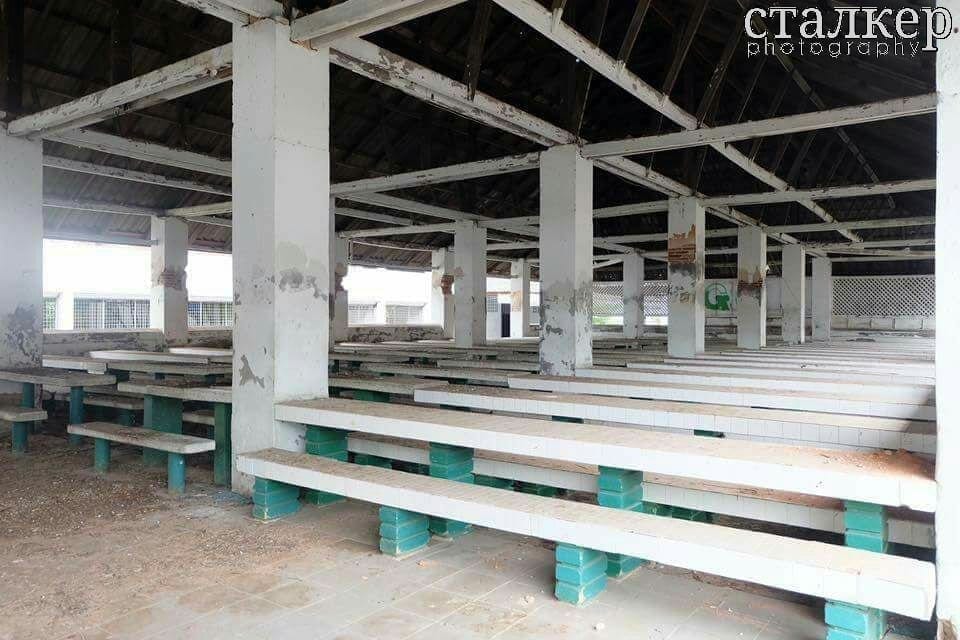 After the closure of the prison there were some plans of building a commercial center near here. Though right now it doesn’t seem that anything would be built. 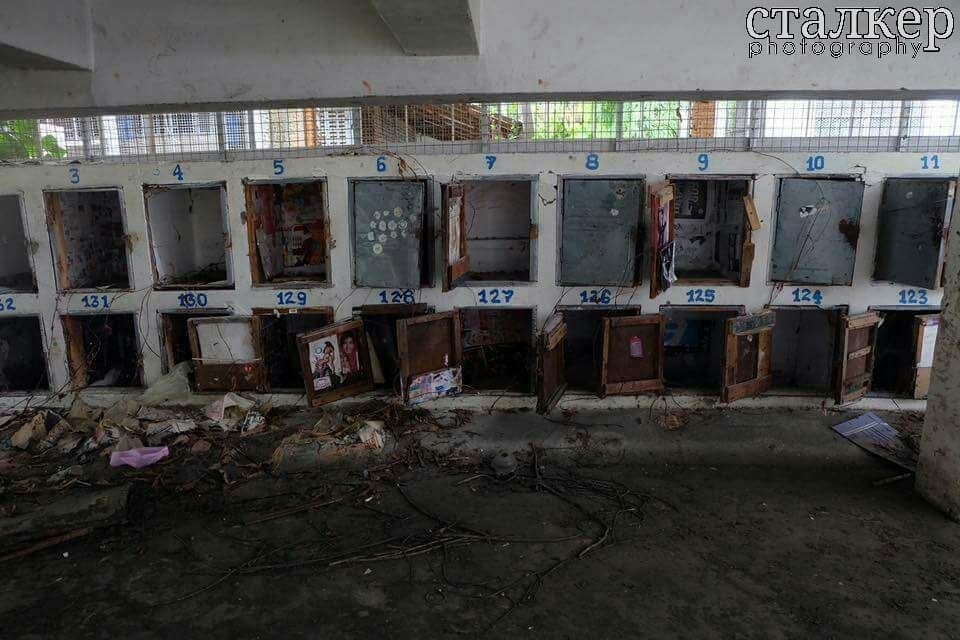 We go around the prison in attempt to get inside but nothing works out. The walls have been used by writers and are completely covered by really beautiful graffiti. 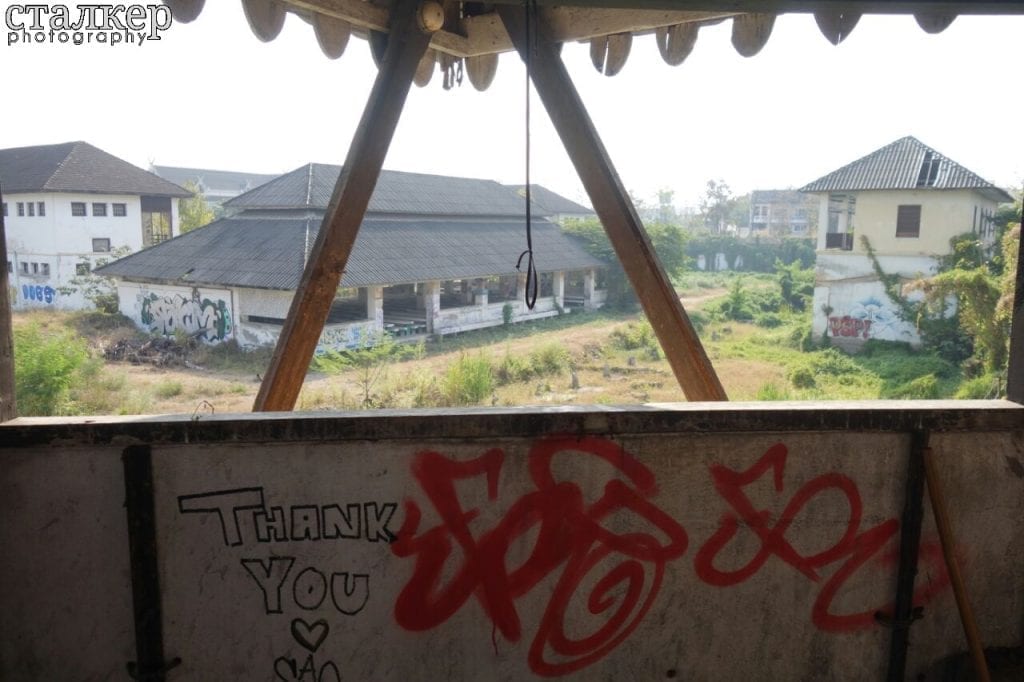 The only one possibility to see what is there – is to go up to block-posts. From there we have a great view from up over the ex-prison. All four of block-points are opened and used now mainly as the toilets. 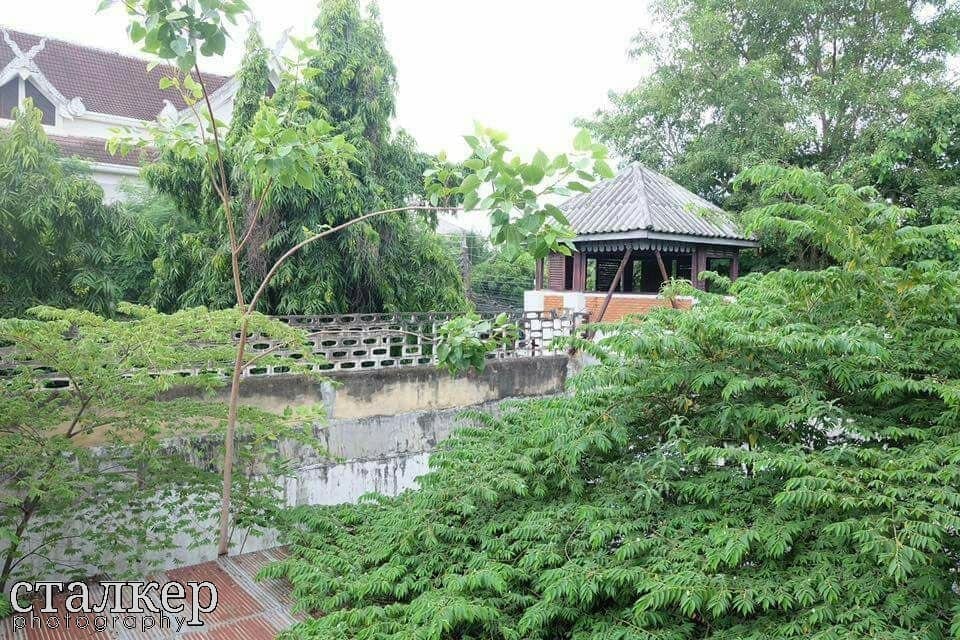 Disappointed, we leave this place. But tomorrow we decide to return as we read in Internet that there is a museum dedicated to ex-prison. We come to that place that is supposed to be a museum but the woman tells us that it is full. 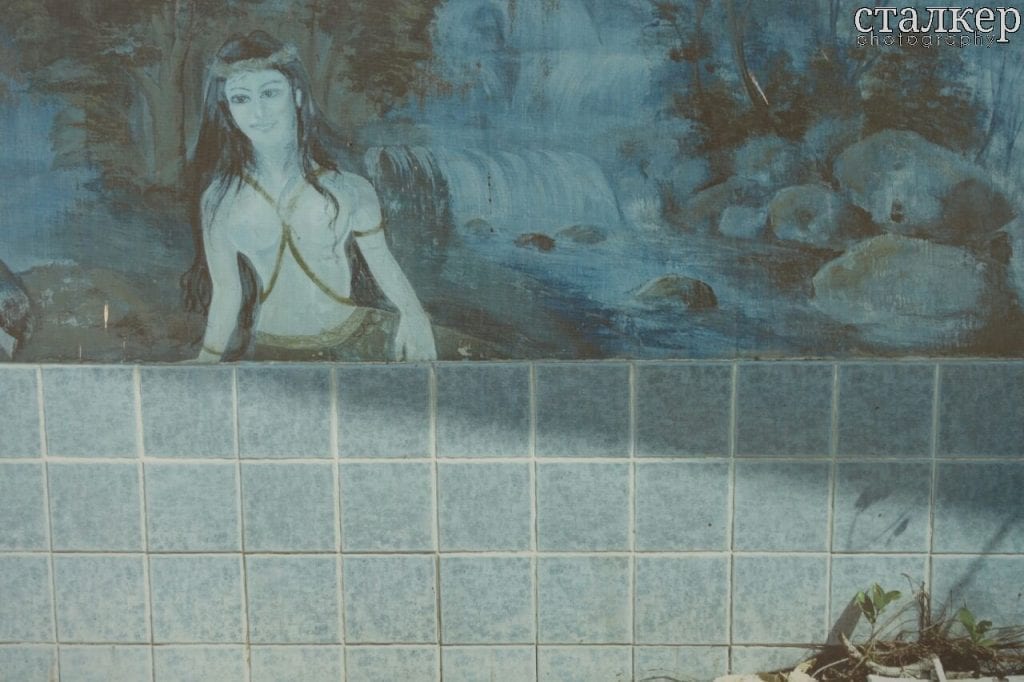 When we overcome misunderstandings we see that on this place today, next to an abandoned prison, the prisoners are doing…massage to tourists! (Just 200 baht, come sir please!) 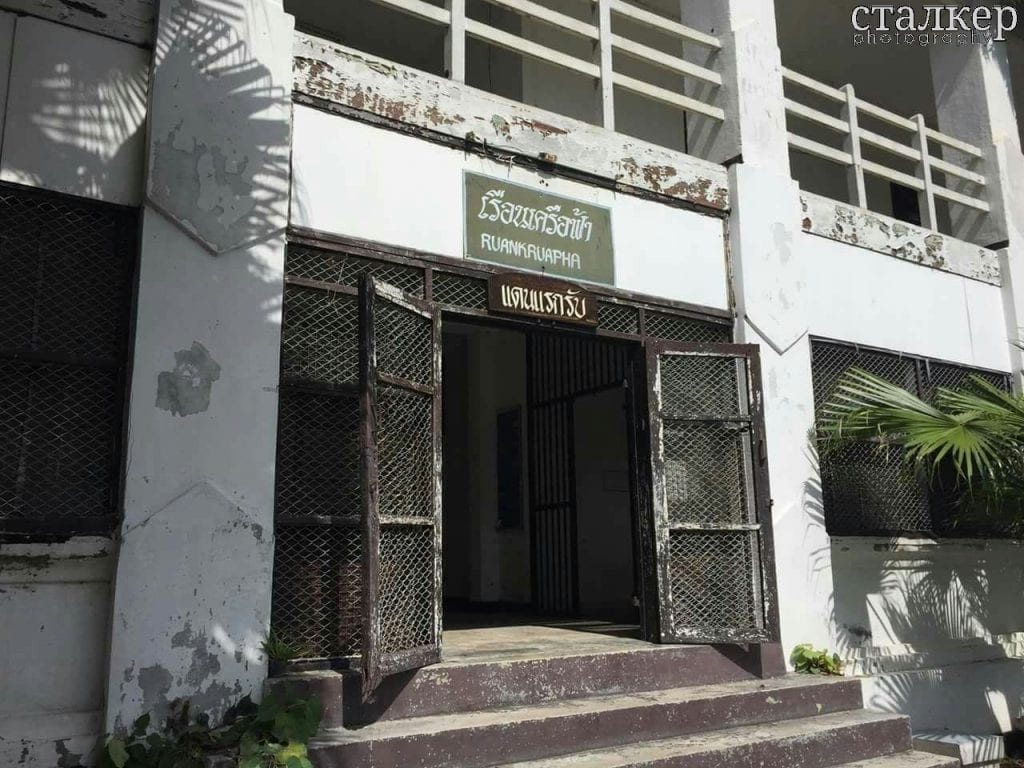 Unfortunately museum doesn’t exist here so we go out from this place. On the exit there is a girl ready with brochure that is happy to welcome us to the massage made by ex-prisoners (what a business these Thai made over an abandoned prison, heh?). 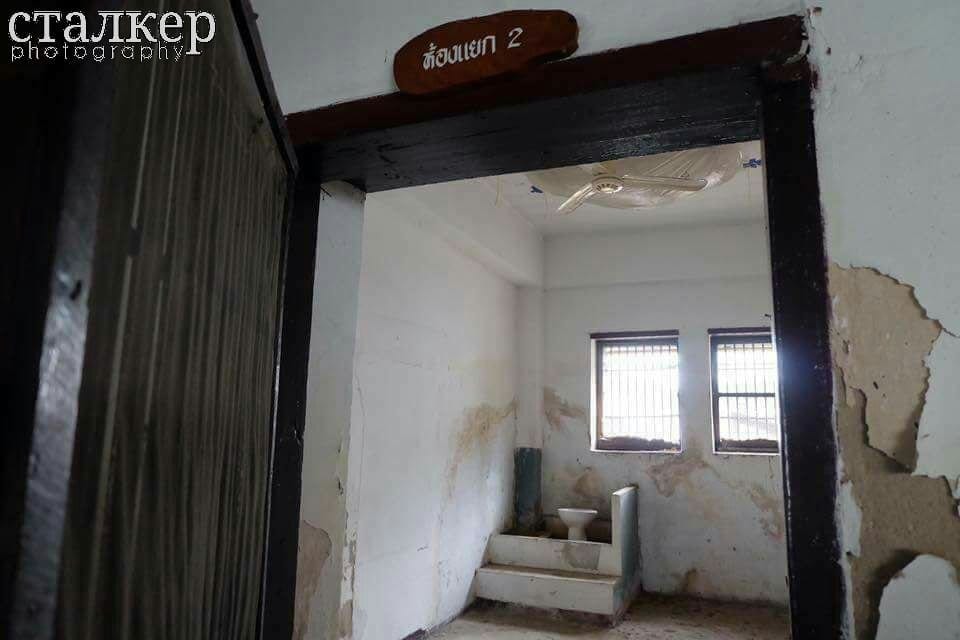 Then to us comes a young boy with brochure and we are ready to hear about massage with …future prisoners (why not?). Though the boy is happy to tell us that yesterday he visited a prison and that we can also do that! We tell him about the fence and he can’t believe us so we go together 500m and see the fence (oups!). He told us that yesterday there was no and he promised to send photos of what he saw. 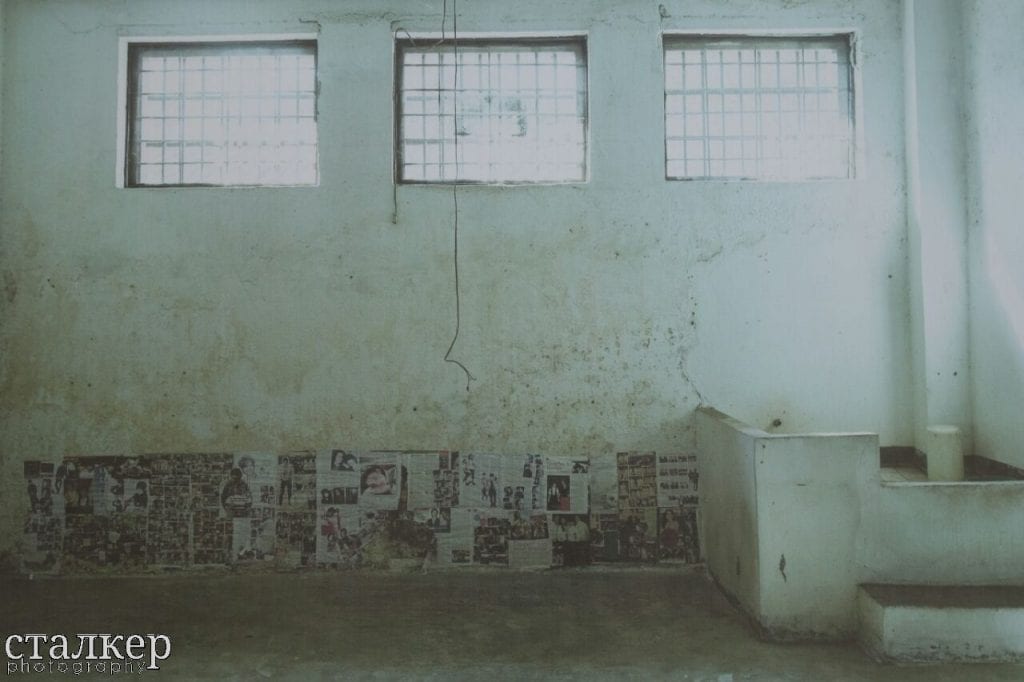 So half of the photos is provided by him, thank you!