Hop-in, hop-off and after beautiful Malaysia I arrive for several days in South Korea. “Everything is so expensive!” I cry everyday. This extreme expensiveness of everything is as well the reason why there are almost no abandoned buildings in this country. But at least one amusement park we have found for you!

Abandoned park Yongma Land is located a little bit far from city center of Seoul, but it’s still easy accessible by public transport. You need to take metro till  the Mangu Station. From there Koreans advice to take a taxi but I decided to walk. It was just 10 minutes, and I could as well see some not-touristic parts of Seoul. 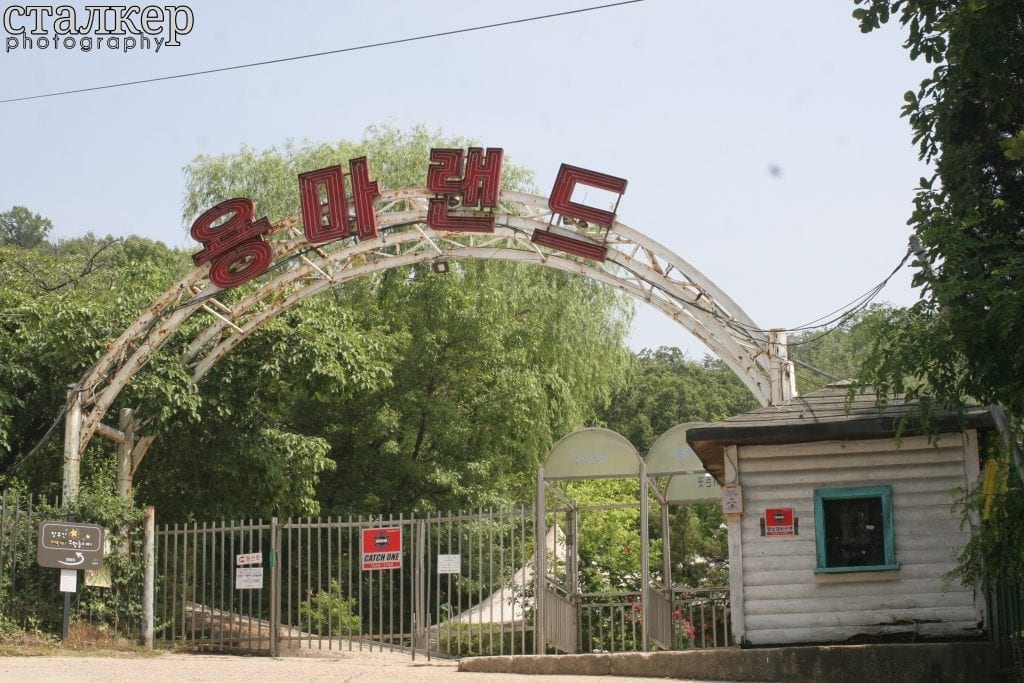 You need to pay to enter this park 5,000 won (5$). But as you know, Stalker never pays for visiting abandoned places. So I just went around and jumped over the fence from behind of the park. No one noticed.

Amusement park was opened in 1980 as a small family-oriented place to be. It was popular among some local families, who liked to visit the park during the weekends. Though in 1989 another, bigger amusement park  Lotte World was opened, and people lost their interest in Yongma Land. Officially it was closed in 2011. 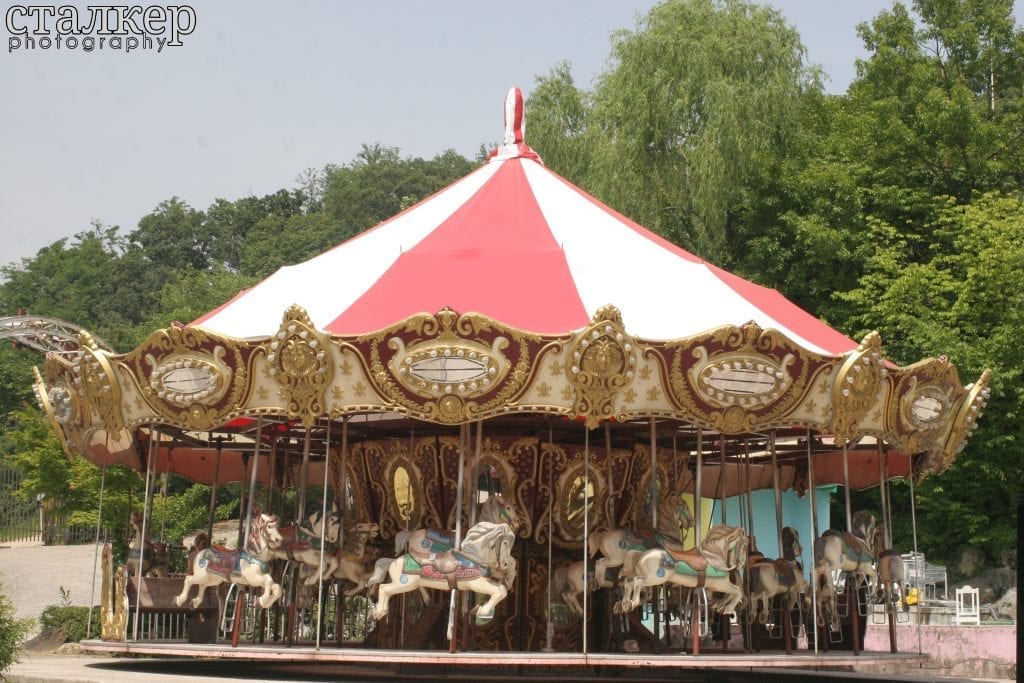 Now the place is reopened as the park for photographers. Many people like to come here to take unusual photos. For 30,000 won (30$) the owner of this place will turn on the lights here, so you can feel yourself as inside the horror movie.

When I arrive to this park on the main entrance I see: “to enter inside please call the guardian”. Everywhere is written “catch it” with the meaning that one security company is taking care of this place. I feel afraid as I’m new to this country and I don’t know what to expect if guardians will catch me climbing over the fence but I decide anyway to do it. 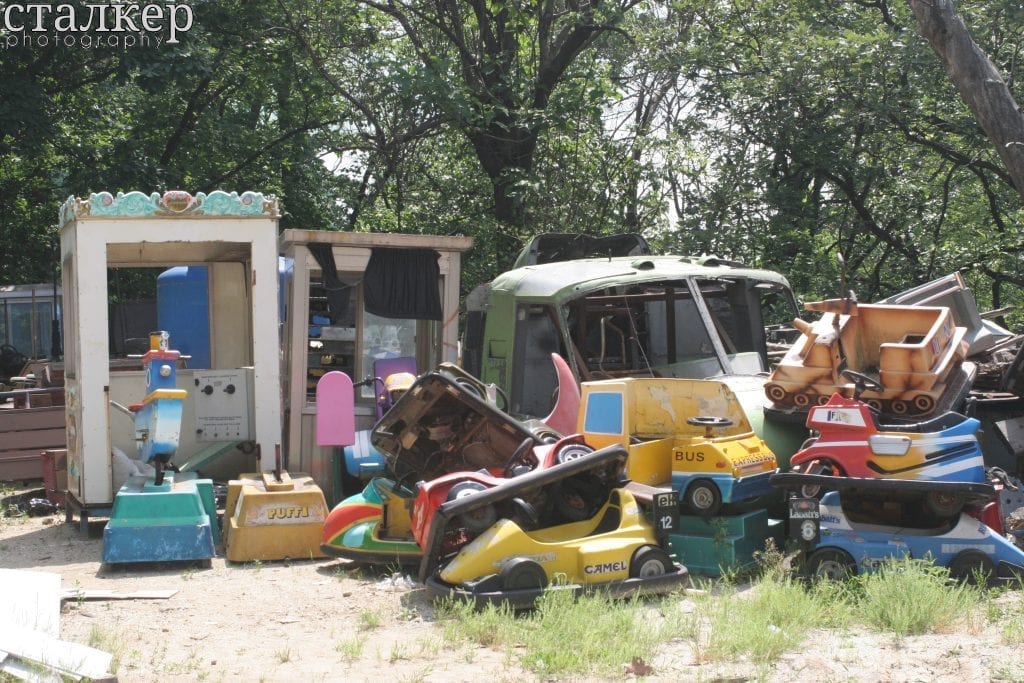 And here I’m, inside. I see some cars in the near and people walking, so I decide to return back to the forest but then I think that I can play dumb and just ask if I can go around. 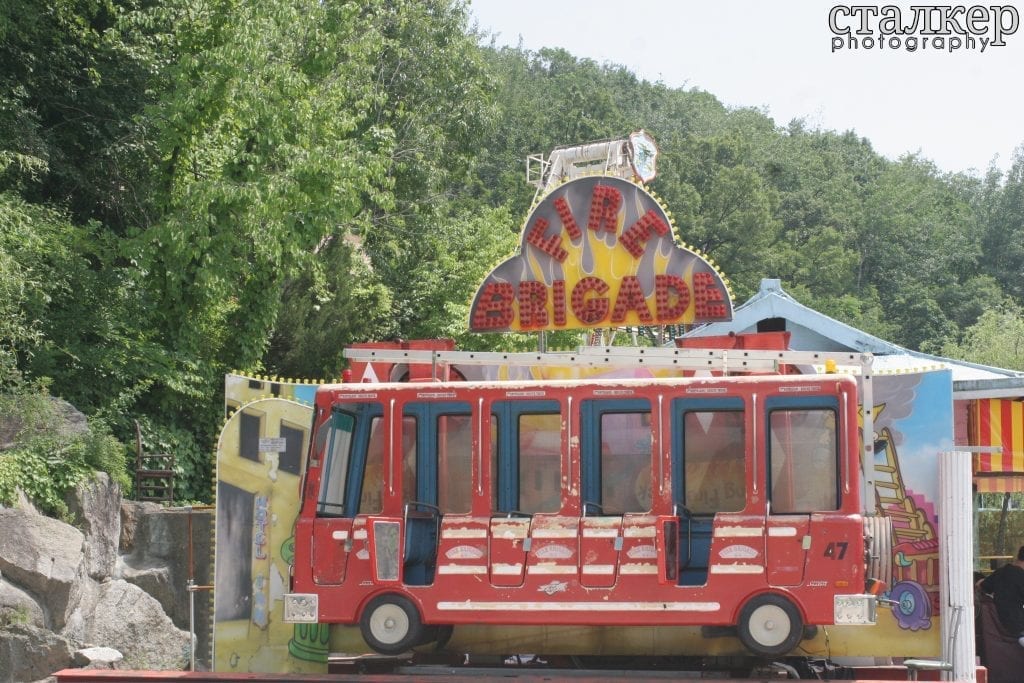 As it opened out, all these people were normal tourists, as me. There were professional photographers who were taking photos of couple in wedding dresses. So I just smile to them and start my exploration. 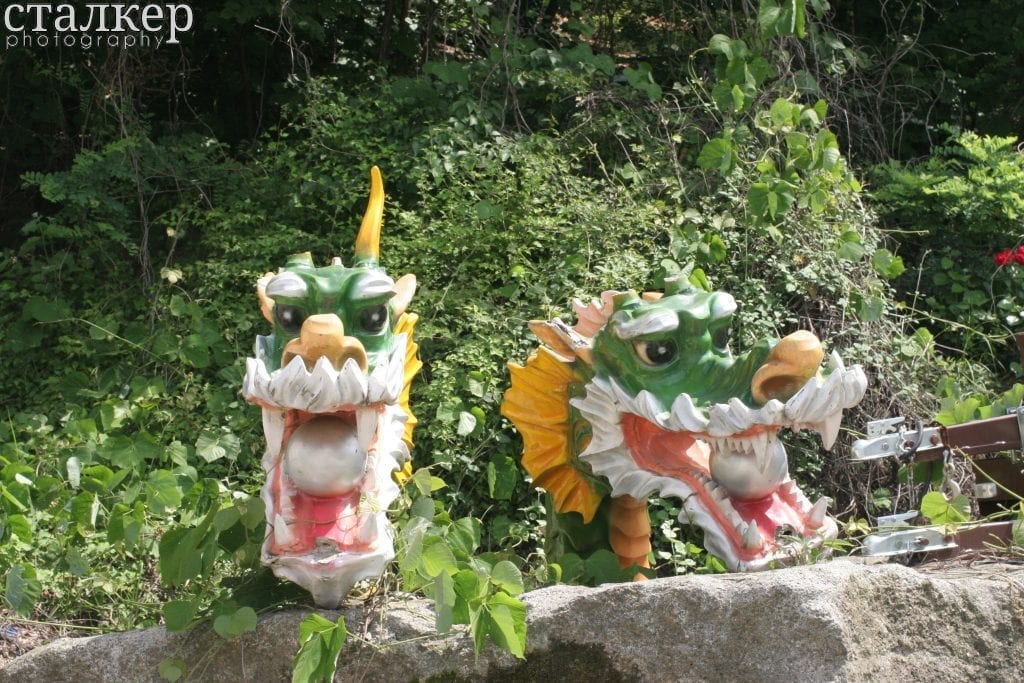 This place reminds me a lot amusement park in Yangon, Myanmar, but it’s less ruined though the attractions are mostly the same. 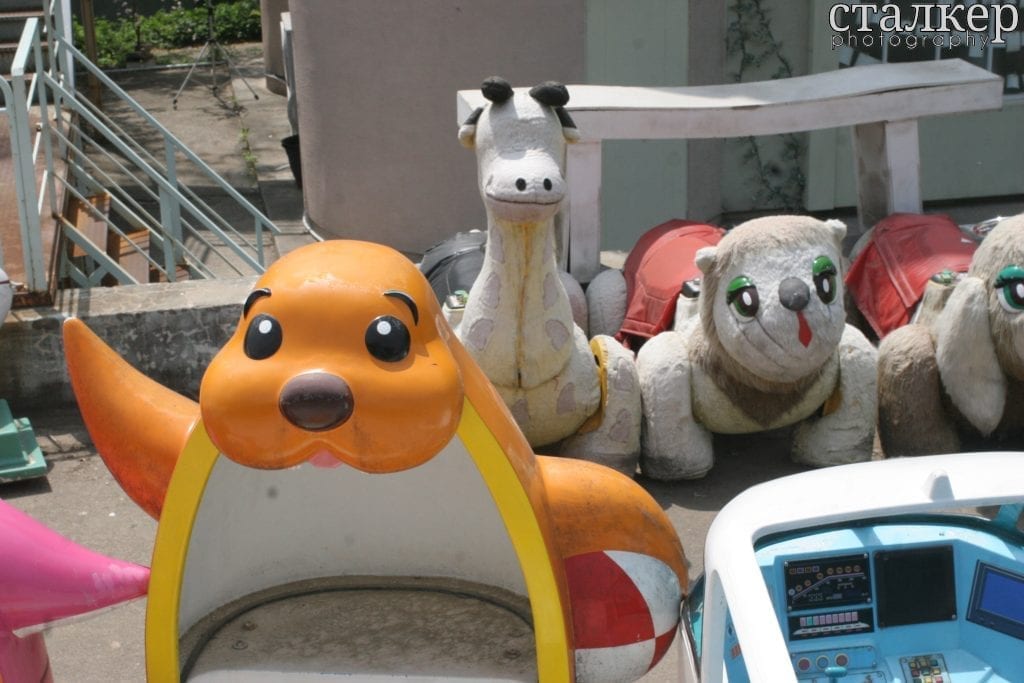 Here again are riding horses with creepy faces. So beautiful! This attraction is totally my most favorite one. And well not just my, I need to wait for a while to take a picture before all Koreans will take enough selfies. 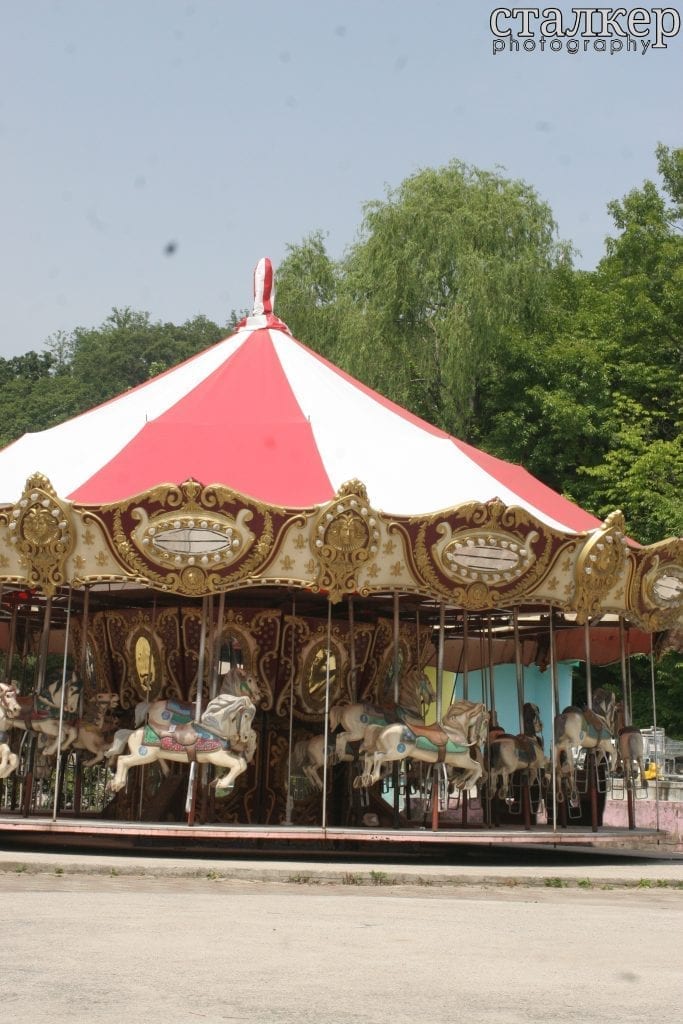 By the way, near the attraction there is even piano, which they put maybe for beauty. 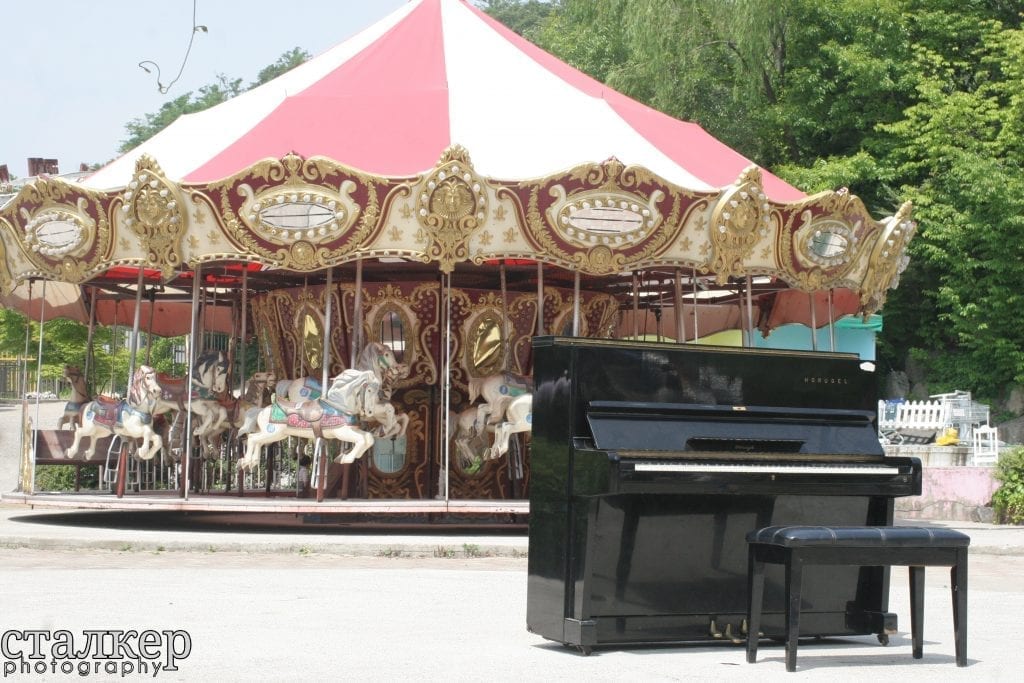 Then I take another road and go up of the amusement park. Here is one big mess, through which I can recognize some zombies and other statues. All the rides and carousels are put in one place, some are broken, some are still in good condition. Here tourists don’t arrive as there is nothing with what they can take selfies. 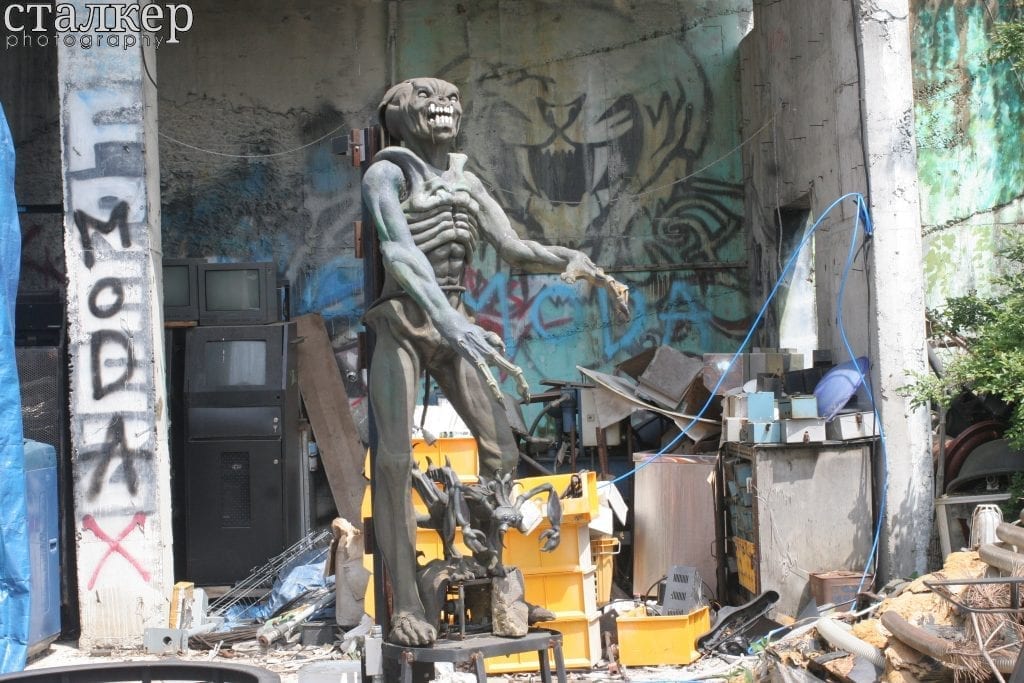 I take another road and return back down. Here I can see “Space Fighter”, that in one moment takes me back to the USA and makes me think that I’m there. Old taxi is waiting to take me back home… 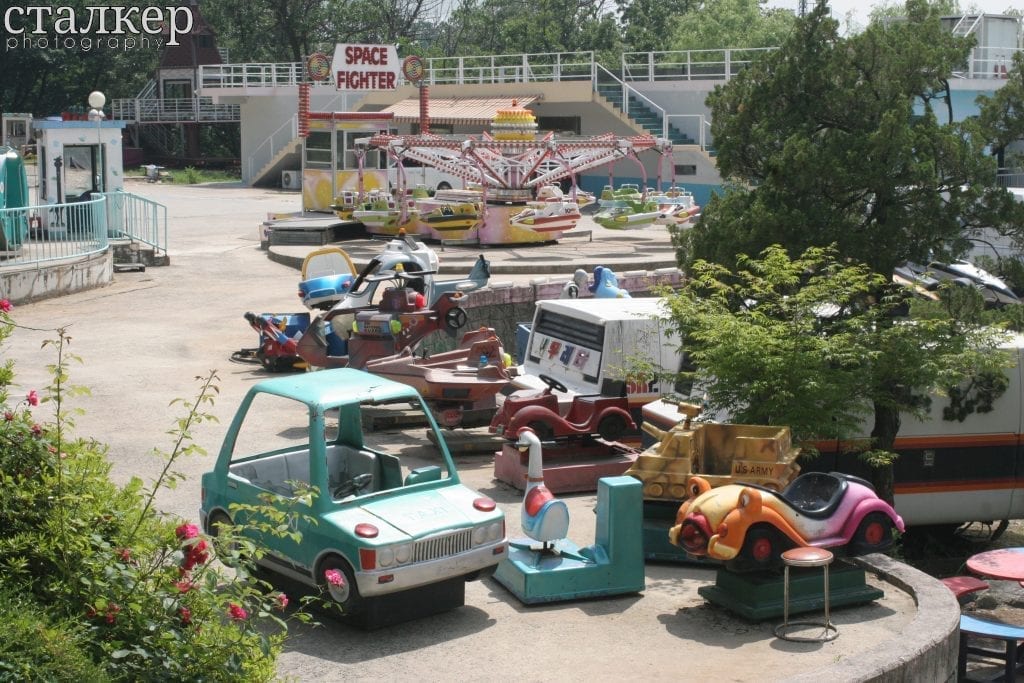 Returning back to the fence from where I came – I look better around. I see that here there is even a waiting room, where photographers can take a rest and drink some coffee. 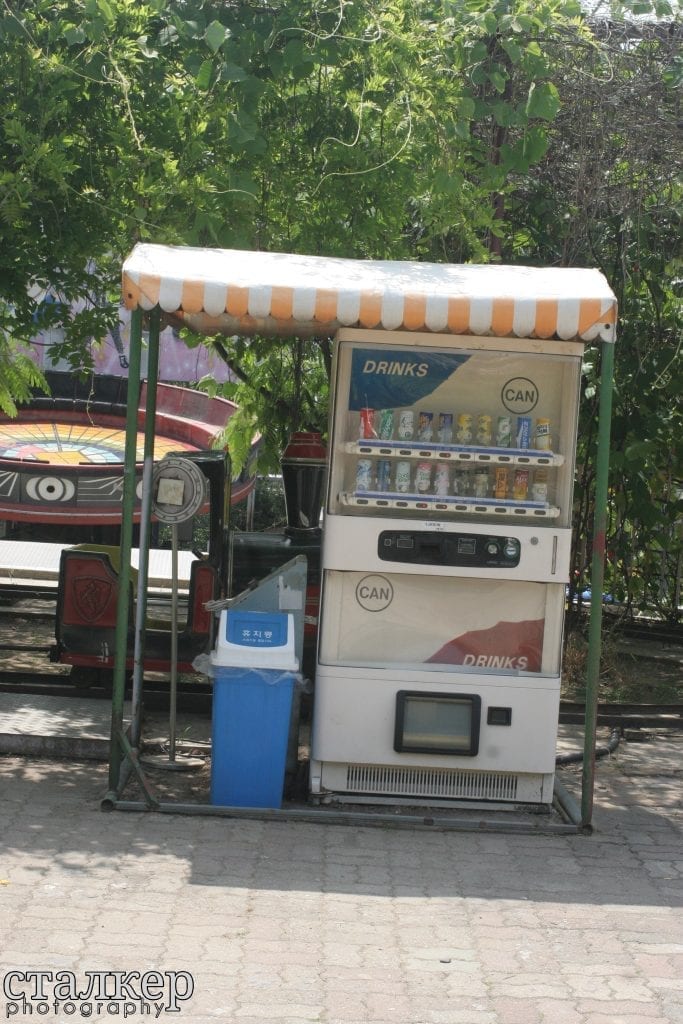 But beautiful and not abandoned Seoul is calling me back, ready to show its attractions. Here I finish my exploration, ready to continue it during my next visit to Korea.