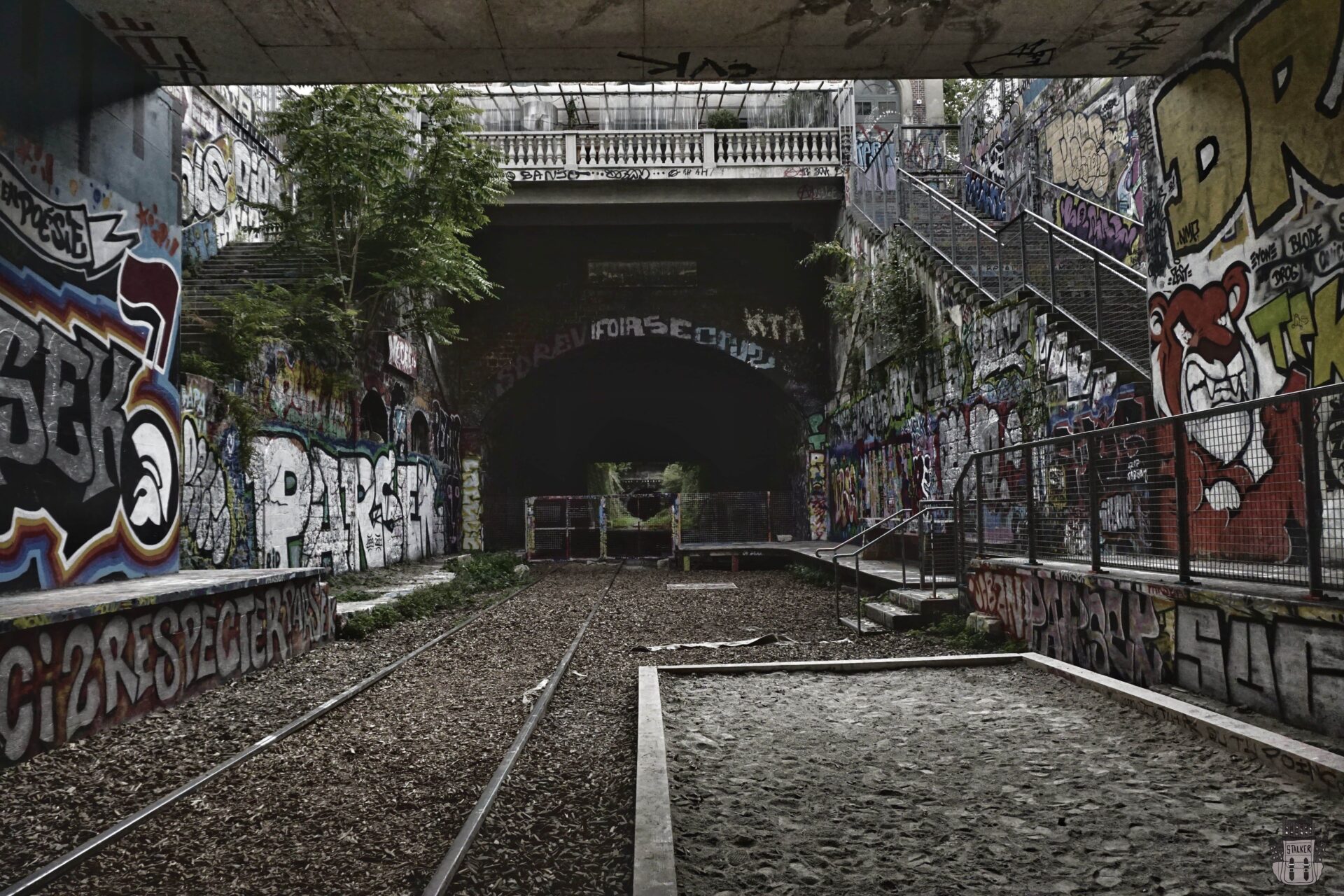 Paris, the city of heritage and art, intrigues the world with its many artistic and cultural gems. However, not all jewels shine in popularity, some retain their splendour hidden in the shadows. Among those worth mentioning is the Petite Ceinture, which is still little known to tourists and the inhabitants of the capital.

Paris and its hidden treasures

Named after its particular shape (i.e. a small belt), the Petite Ceinture is a double-track railway line, which in its 32 km runs around the French capital following the Boulevards des Maréchaux.

It was built between 1852 and 1869 for freight transport and then expanded its function to passenger traffic in 1862. It experienced its heyday at the time of the Industrial Revolution, with some thirty stations scattered around the city. The 1900 Universal Exhibition marked the peak of urban passenger service in the Petite Ceinture, with 39 million passengers beginning to use it.  But the success did not last long. With the arrival of the metro and the automobile, the railway line was gradually abandoned, with passenger transport discontinued in 1934 and its final closure in 1985. Only freight transport remained active until 1993. Today, some of the former stations of the Petite Ceinture have been redeveloped and transformed into bars, restaurants and cultural venues, ideal for those who want to spend ‘atypical’ evenings away from the hectic metropolitan life.

–Le Poinçon, a restaurant with a vintage atmosphere that is coloured by jazz evenings located in the old Montrouge-Ceinture station, in the 14th arrondissement, at Avenue du Général Leclerc;

In addition to redeveloping the old stations, the City of Paris has decided to make some sections of La Petite Ceinture accessible at:

The section behind the Poinçon (in the 14th arrondissement, at 124 avenue du Général Leclerc) also has access to one of the Paris catacombs. To access it, you must descend the steps next to the restaurant, climb over the gate and go through the tunnel until you find an entrance on the right.