A pyramid in the center of Tirana? It must have been the mania of greatness of some communist dictator …

The pyramid is located right in the center of the city, just 500 meters from the Bunk ‘Art and one kilometer from the National Historical Museum. You can access through a small gash on the barricades that originally covered the front door. Every day, dozens of curious kids and tourists venture into the belly of this concrete monster. 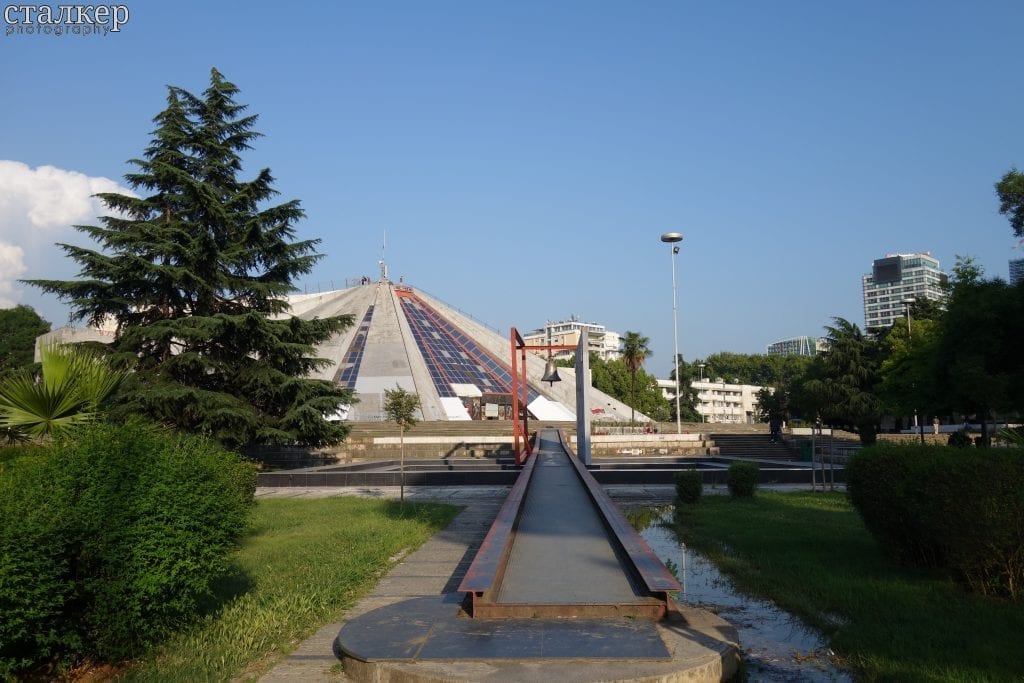 The structure opened in 1988 as an Enver Hoxha museum. Originally the museum was dedicated to the legacy of Enver Hoxha, the historic leader of Communist Albania, who died just three years before the museum was finished. The structure was co-designed by Hoxha’s daughter, Pranvera Hoxha, an architect and her husband Klement Kolaneci, along with Pirro Vaso and Vladimir Bregu.

Once built, the Pyramid was considered the most expensive individual structure ever built in Albania.

The Pyramid has sometimes been called in a very ironic way “Mausoleum of Enver Hoxha”, even if this has never been its official name or the purpose for which it was made.

After 1991, following the collapse of communism, the pyramid ceased to be used as a venue for conferences and exhibitions. 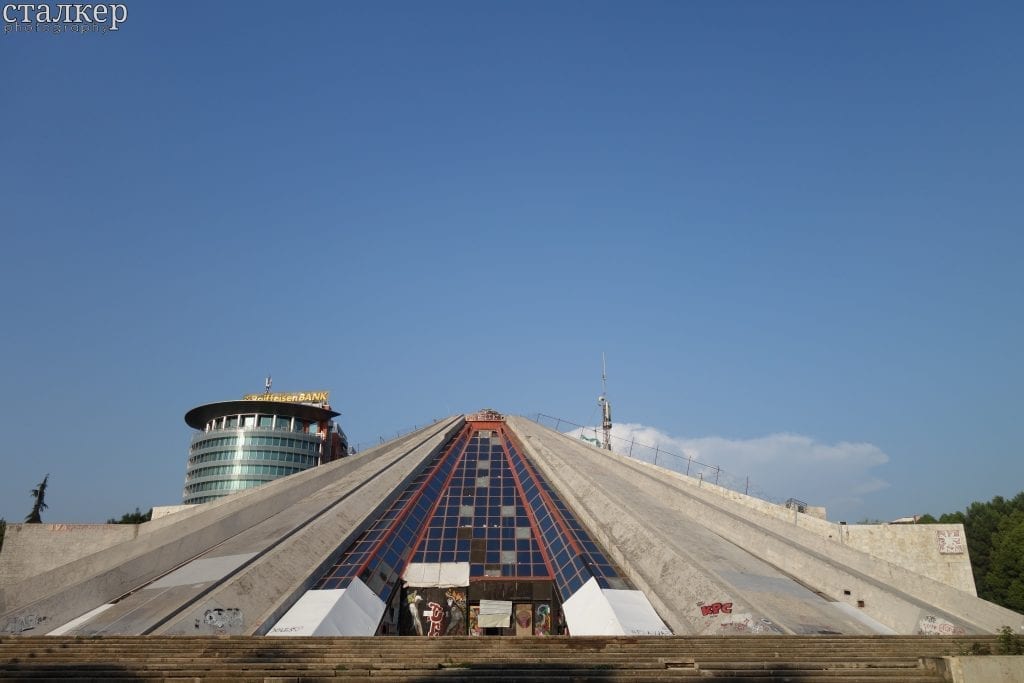 During the Kosovo war of 1999, the former museum was used as a base for NATO and humanitarian organizations.

Since 2001, part of the Pyramid has been used as a transmission center by the Albanian television channel Top Channel, while the rest of the structure and the paved area have undergone dilapidation and vandalism.

Part of Armando Lulaj’s movie “It Wears as it Grows (2011)” was shot inside the Pyramid.

Numerous proposals have been launched to demolish the Pyramid and redevelop the 17,000-square-meter (1,7-hectare) land for alternative purposes and uses. The most interesting one concerned the potential construction of a new building of the Albanian parliament.

An earlier proposal for a new opera house was approved but was canceled shortly after the start of construction work. The proposed demolition of the Pyramid has itself become a point of controversy among some of the leading foreign architects, supported by some and denied by others. The historian Ardian Klosi has started a petition against the demolition of the structure, collecting about 6000 signatures. A study published in 2015 but undertaken in 2013 suggests that the majority of Tirana citizens were opposed to demolition.

In 2017 it was announced that the Pyramid will not be demolished, but on the contrary renewed.

In 2018, a new project was presented that would transform the Pyramid into a technology center for young people focused on computer programming, robotics and start-ups.

One day to visit Tirana they told me it would be more than enough. In fact, on the second day, if it had not been for the pyramid I would probably already be on my way to Lake Skadar.

Investigating from the outside and camouflaging among the various tourists, I slowly approach the front door, but ending up to barg inside myself in as abruptly as I usually do. The graffiti covers the doors and the windows next to them, passing over the barricades of wood now torn and broken by someone else previously. After a moment’s hesitation I catch myself and slowly enter the Enver Hoxha’s den. 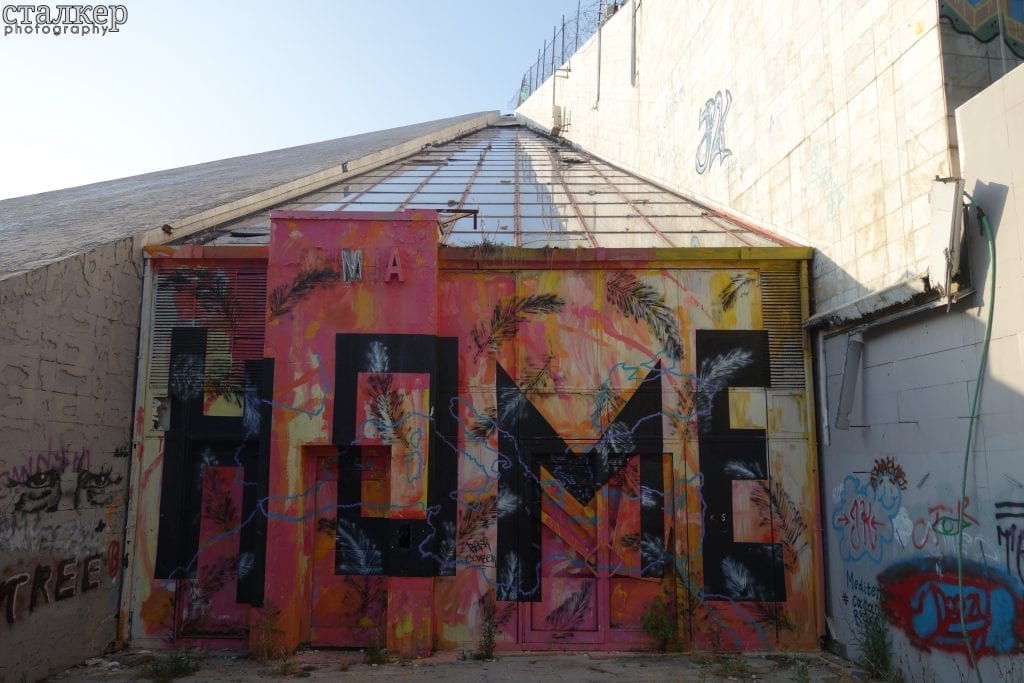 To my astonishment and surprise, I notice that the lights are still on, with reflectors pointing right in my direction. “Um, very strange” I think to myself. Despite this, I continue in my exploration. The structure develops in a circular way with a central part, divided into 3 floors: a basement, the ground floor and the first floor. I decide to start from the basement.

I light the torch and venture into the darkest and humid parts of the pyramid. Pipes, doors, chairs, engine parts … all piled up and left at the mercy of time. In one corner a room intrigues me, as it is still closed with a grating. I can barely go through the bars and the wall, probably coming into what was the engine room. Not far from me another door, this time sealed, from which I hear some mechanical noises coming from. Surely there will be the controls that make the lights work on. 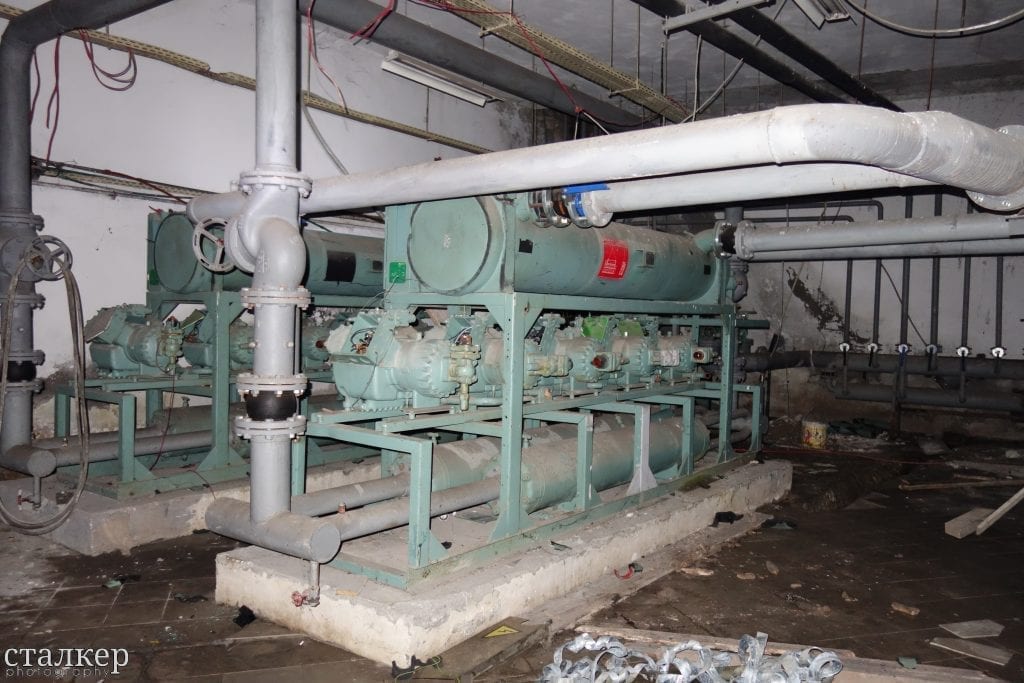 I walk away retracing the stairs and walking around the ground floor. The windows are almost entirely in pieces, with shards of glass dangling in mid-air. The rooms are completely empty, permeated by a strong smell of plaster and bleach. 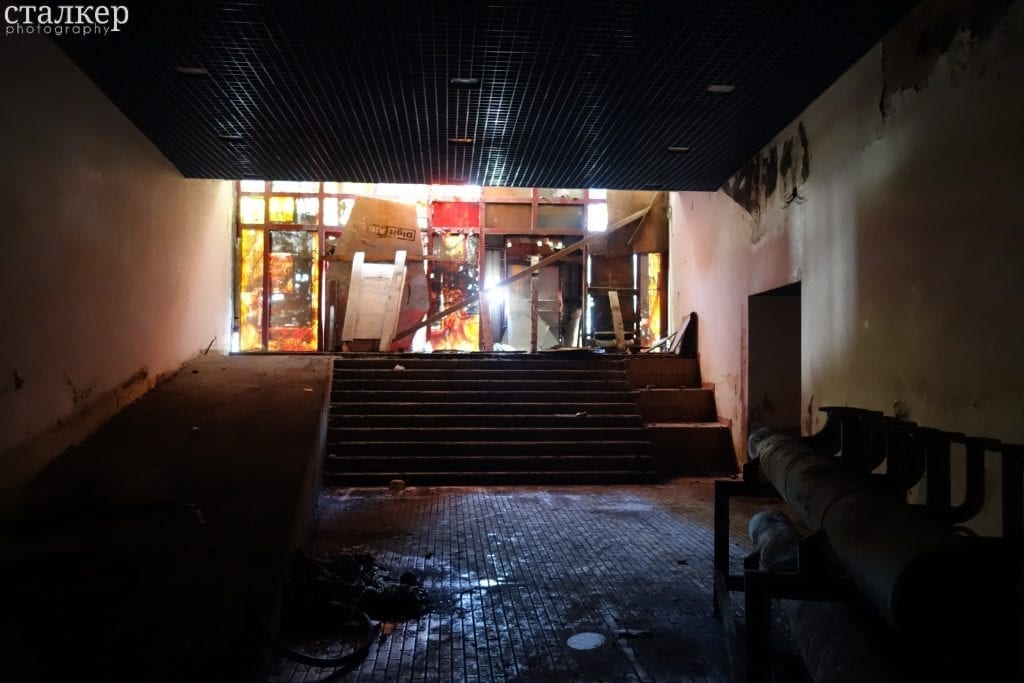 Climbing the stairs I reach the only room that I could define interesting even if it is unfortunately inaccessible. At first glance it looks like a movie theater, with seats for about sixty seats and a room in the back used for the projector. Not being able to investigate and linger further, return on my steps to exit the structure. Meanwhile, some guys have already entered and give free rein to their youthful joys in the basement. 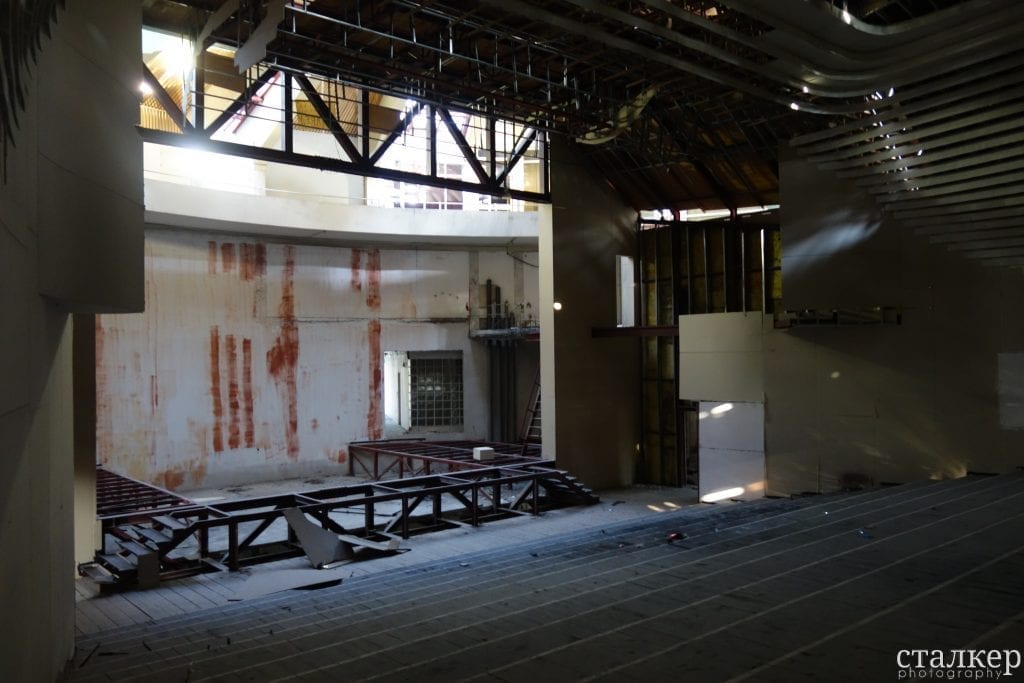 I decide to follow the steps of some children who enjoy climbing up the steep wall of the pyramid. I take off my slippers and barefoot I do this little “climb”. From above you can get a better view of the city, although there is not much to see.

I launch in free fall from the pyramid and then continue my day in the park of Tirana.