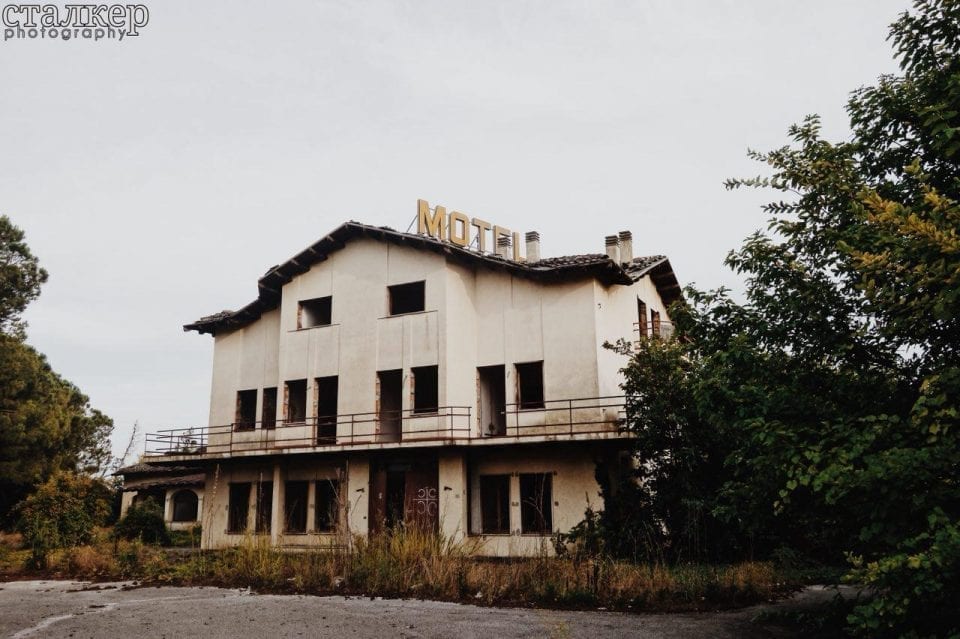 A nameless motel, a bed of rubbish, doors and windows beating continually and cockroaches that roam freely in the cracks in the walls and floor.

The motel is located just outside the A13 exit of Terme Euganee, towards Abano Terme or for a visit to the Euganean Hills. As soon as you pass the toll barrier, you will find the hotel on the left. 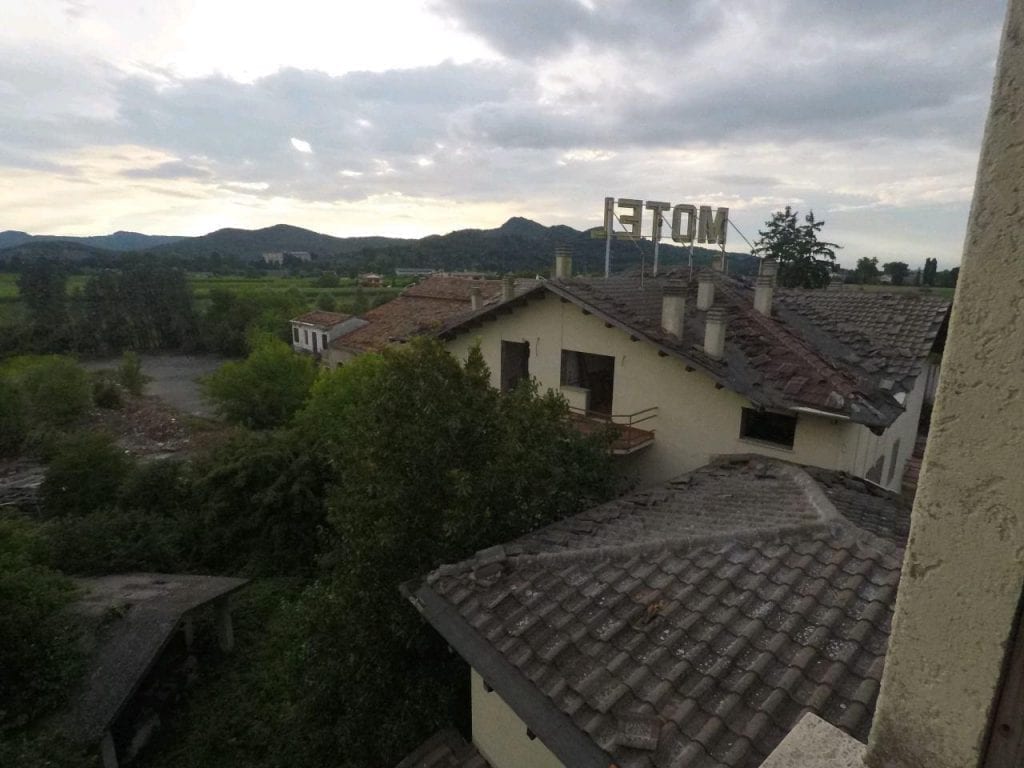 There is not much to say about this hotel as the interior is almost empty and the passage between the two buildings is covered with weeds and brambles. The kitchen, the bedrooms, the reception area were cleared of all the furniture and the reconstruction was partly started. 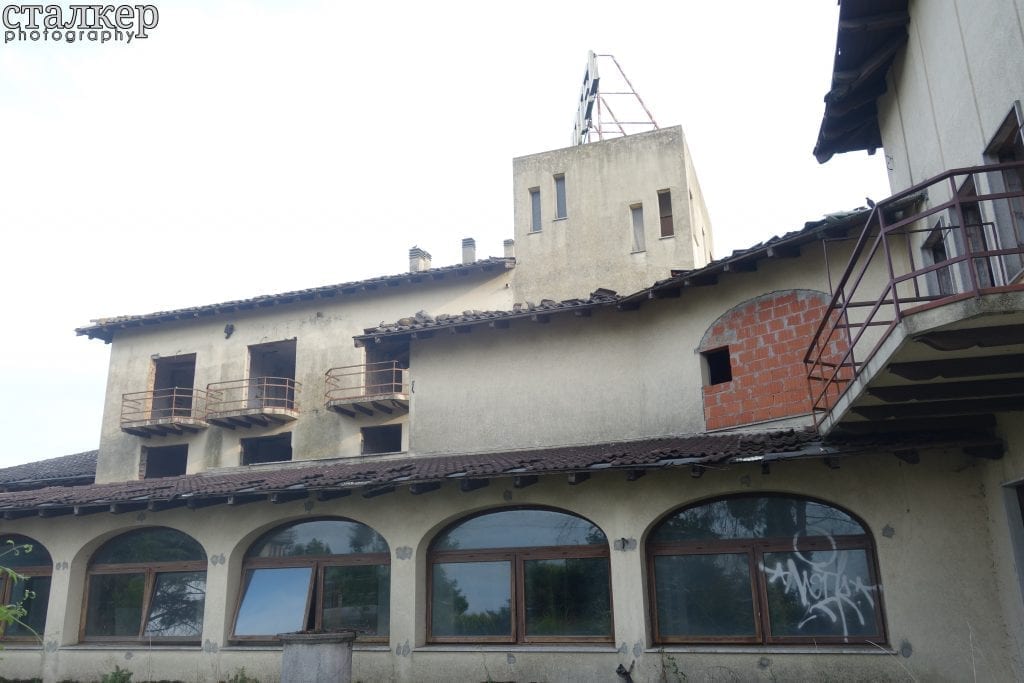 The wood-burning oven in the middle of the buildings was overwhelmed by ivy and in some parts it began to yield. Nearly there are two species of warehouses probably used as a storeroom. 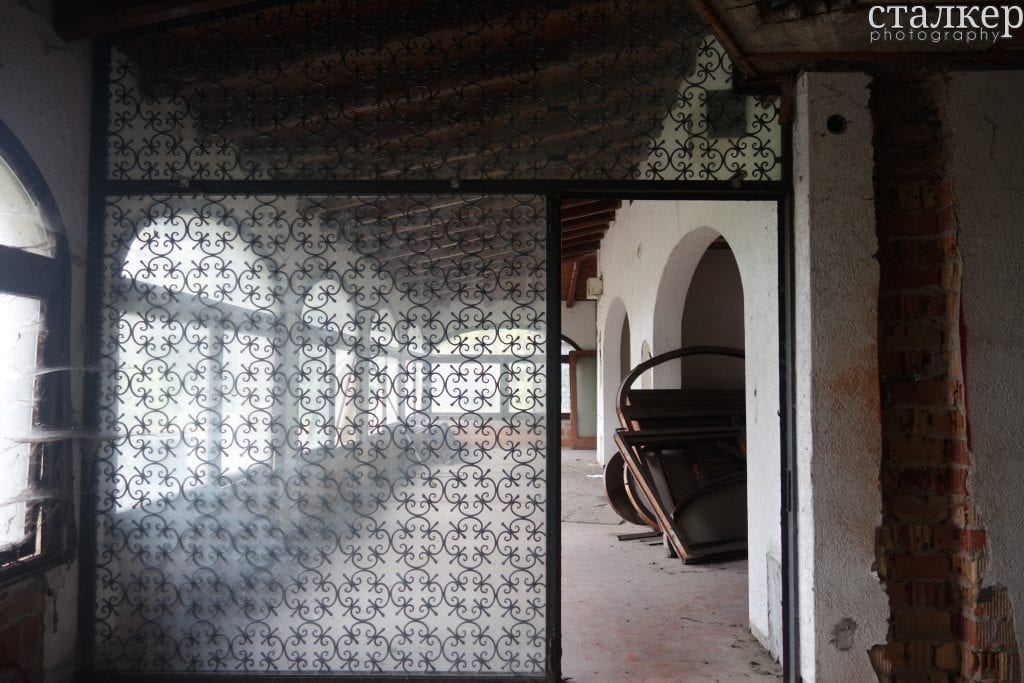 Moving away from the car we can only catch a glimpse of the two giant writings “MOTEL”, which slowly disappear from view.