Here we are in the capital of Serbia – Belgrade. It doesn’t seem interesting from me if not one fact – it’s history and the war for Kosovo. All the testimonies of that war are still here – even after almost 20 years has passed.

Ruins of Defence ministry of Yugoslavia are located right in the city center of Belgrade, the orient – street Kneza Miloša, 33. Unfortunately it’s impossible to get inside as the building is guarded by army. 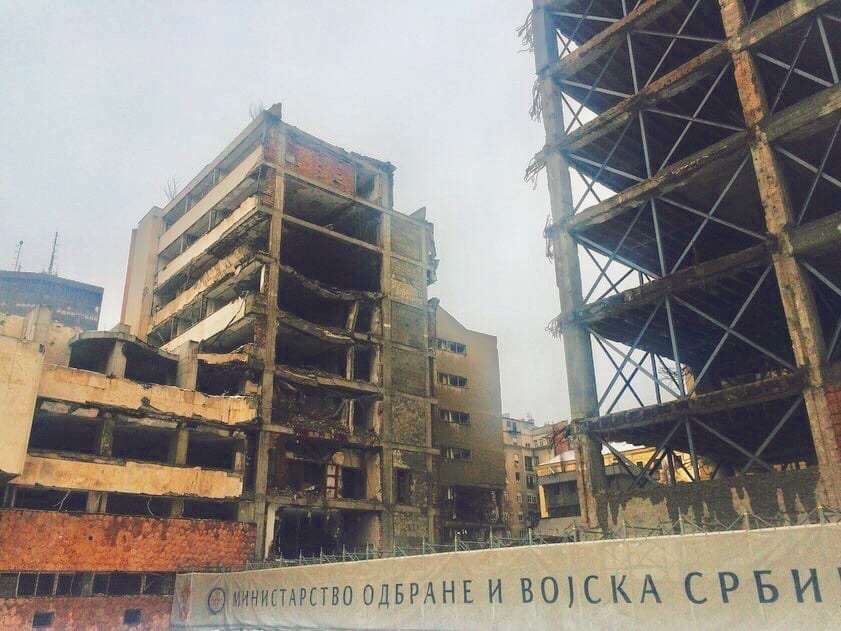 The building of ministry was built between 1957 and 1965, and it used to be a masterpiece of post-war architecture till the time when Yugoslavian war started.

As it was located in the city center – it was in the place, where one of the most significant battles of World War II in Yugoslavia was fought.

Now the building stays as it was, any recoverings touched it. It symbolizes the 1999 NATO bombing and “suffering of Serbia”.

There were several proposals about demolishing this building. Some advices to build here a luxurious hotel of The Trump Organization. Though the Prime Minister of Serbia Aleksandar Vučić, said that the government wants to turn this place into the Monument to Stefan Nemanja and Museum of medieval Serbia.