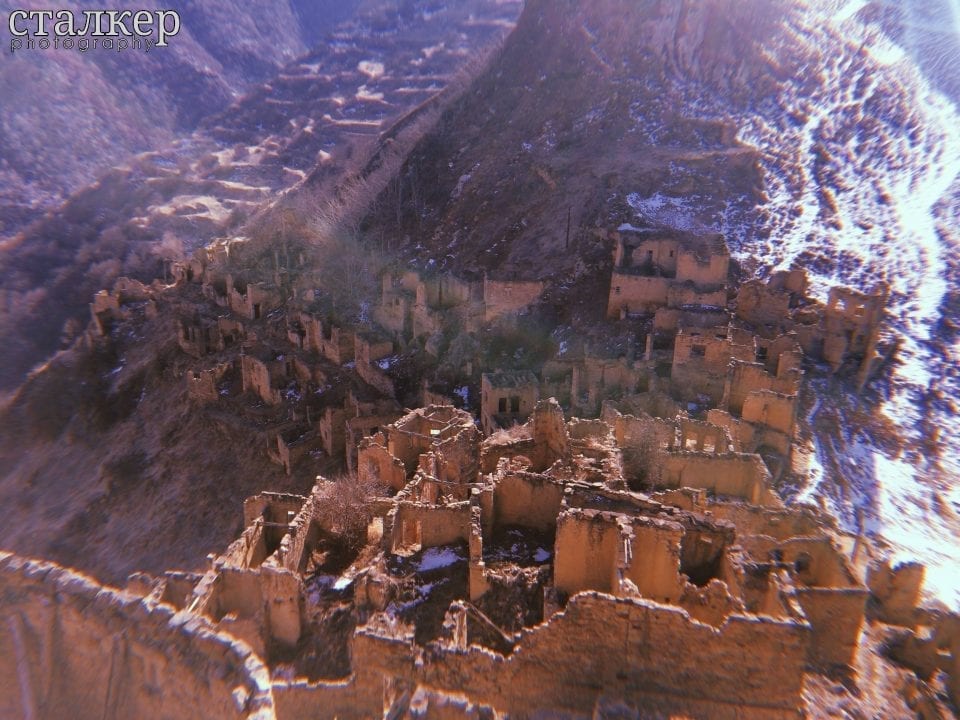 Somewhere in the depths of Dagestan, unreachable by any means of transport, a small village settled down. Many years ago here was a large Avar settlement, inaccessible to any enemies. Today there are only bare walls, and the beauty and the silence that echoes from the mountains around.

We continue our journey through the mysterious and magical Dagestan in Russia. We have already looked at the abandoned Dagdiesel plant in Kaspiysk, climbed the Sulak canyon, and now it is time to go to the very heart of the republic and see the Gamsutl abandoned village. To get there from Makhachkala, you need to take a bus that goes to the Gunib city. From this city to the village there will be other ~ 50 km, which you can hitchhike, or hire a taxi driver (it will cost around $ 20). We, as usual, chose hitchhiking and meanwhile heard from drivers some interesting stories about abandoned village. 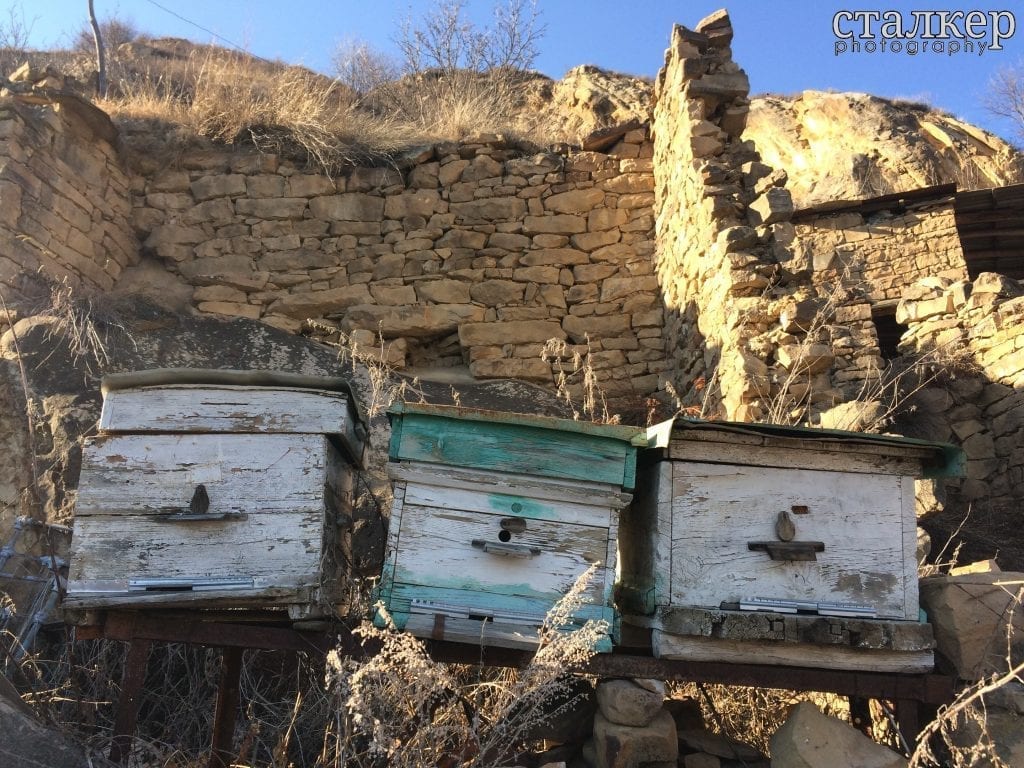 By the way there is upper and down Gamsutl, and just the upper part is abandoned. Down still live some people, so in case you can ask them for the direction. To get to abandoned village you will need to walk up on the mountain for about an hour: the aul is located at an altitude of 1,418 meters. 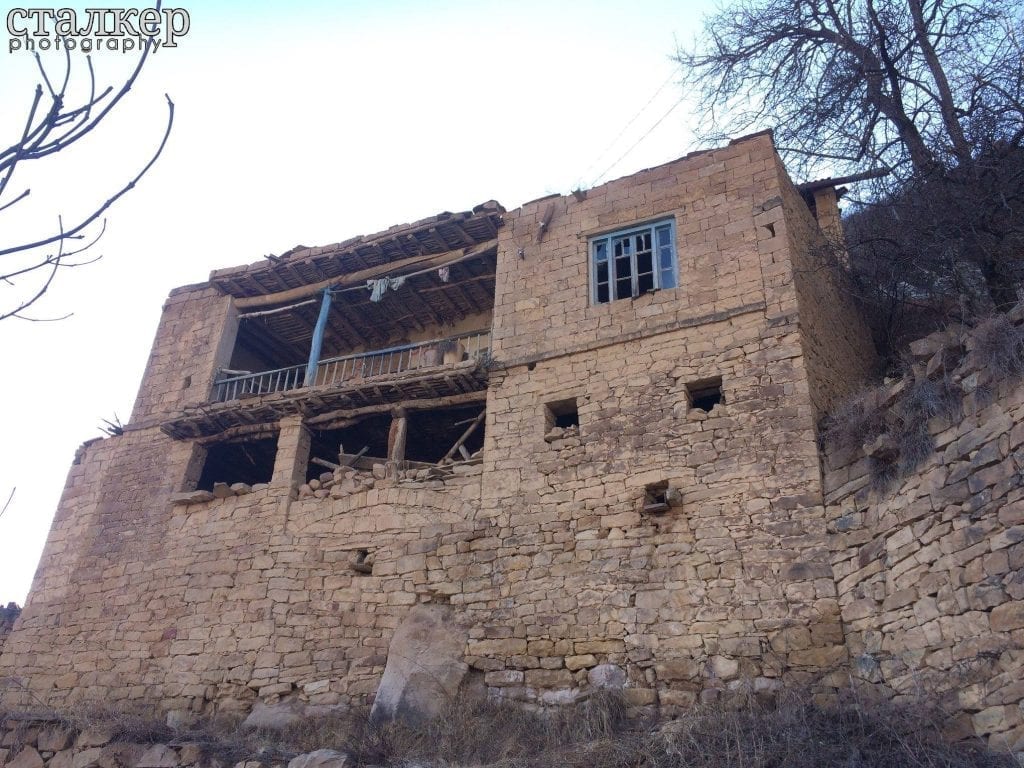 It is believed that the village of Gamsutl is almost one of the first villages in Dagestan. Its history started around 2 thousands years ago.

Translated from the Avar language, Gamsutl means “at the foot of the Khan’s tower.” According to one legend, the founder of the village lived on top of the mountain, and others settlements gradually began to appear around his house. From a tactical point of view, the place was very well-chosen: from here all the surroundings could be seen and in the case of raids one could see the enemy long before. But nothing could save the villagers: cholera took the lives of about 3 thousand people. 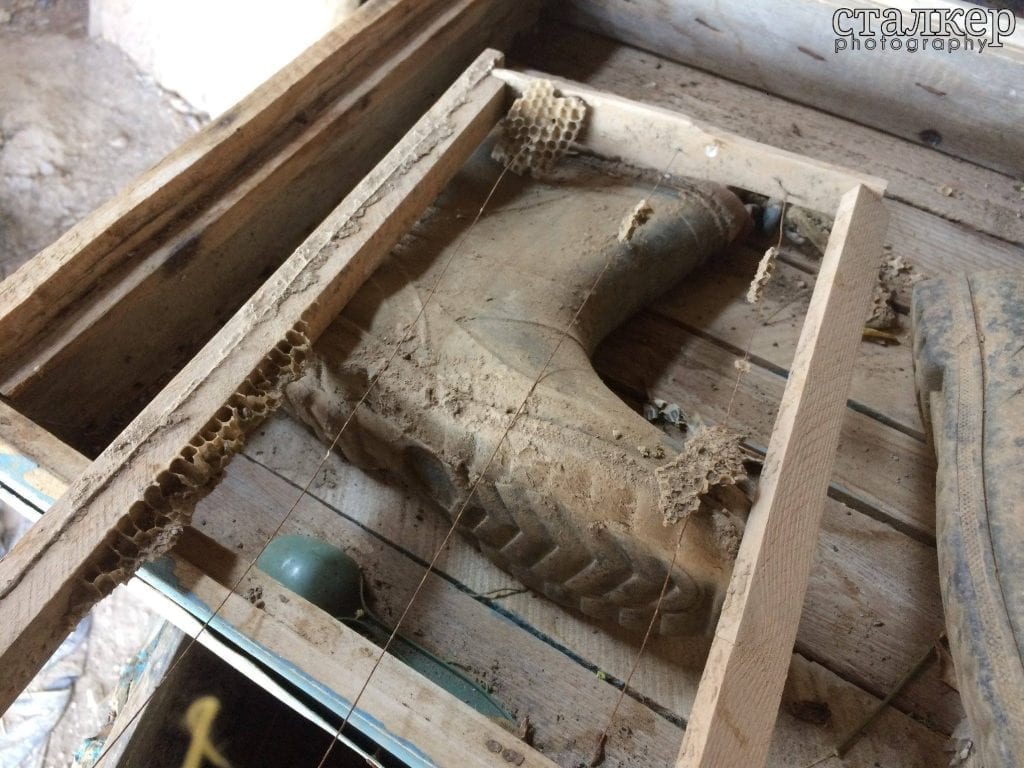 In the village for all the time of its existence there were three religions: Zoroastrianism, Christianity and Islam. In some homes you can still find inscriptions in Arabic, as well as Koran. 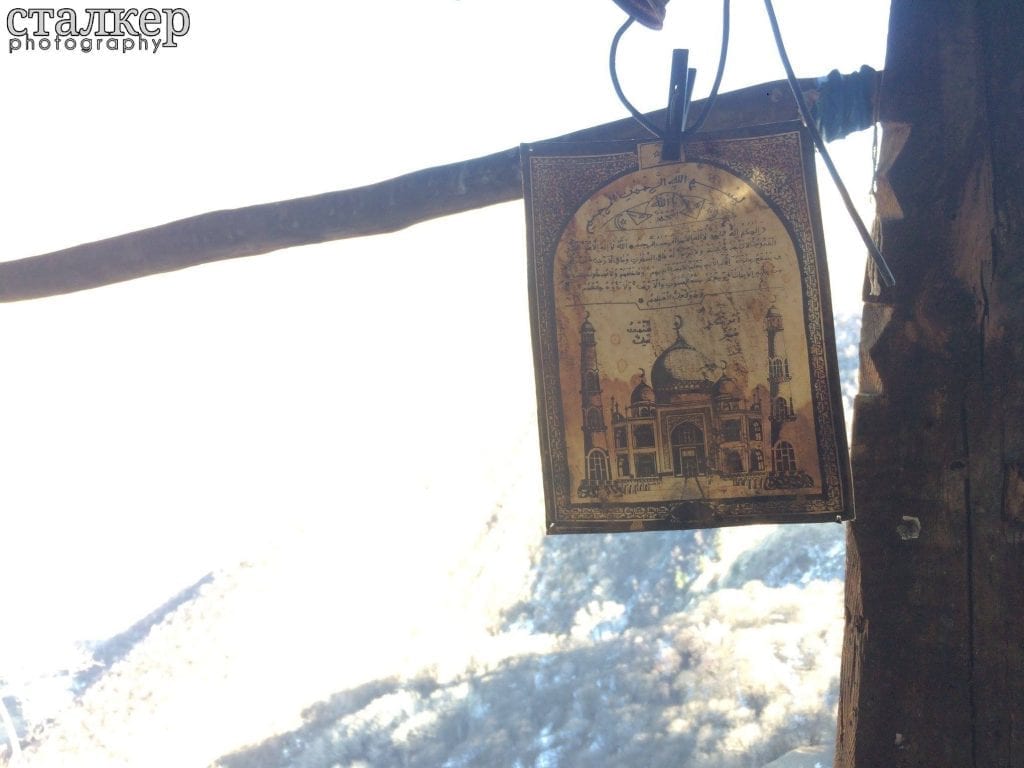 Trying to find an abandoned village, we got a little bit lost, so instead of going by normal road we climbed through the branches of spruce and prickly weeds. It was very painful, but we will remember this adventure for a long time. When we finally managed to go through bushes and get on the road, we realized that we were not alone trying to reach abandoned village. Someone was taking photos in front of another settlement over a cliff — the Hurutl, another man was walking along the road with a gun.

-Everything is fine, we are just in Dagestan, I calm myself. 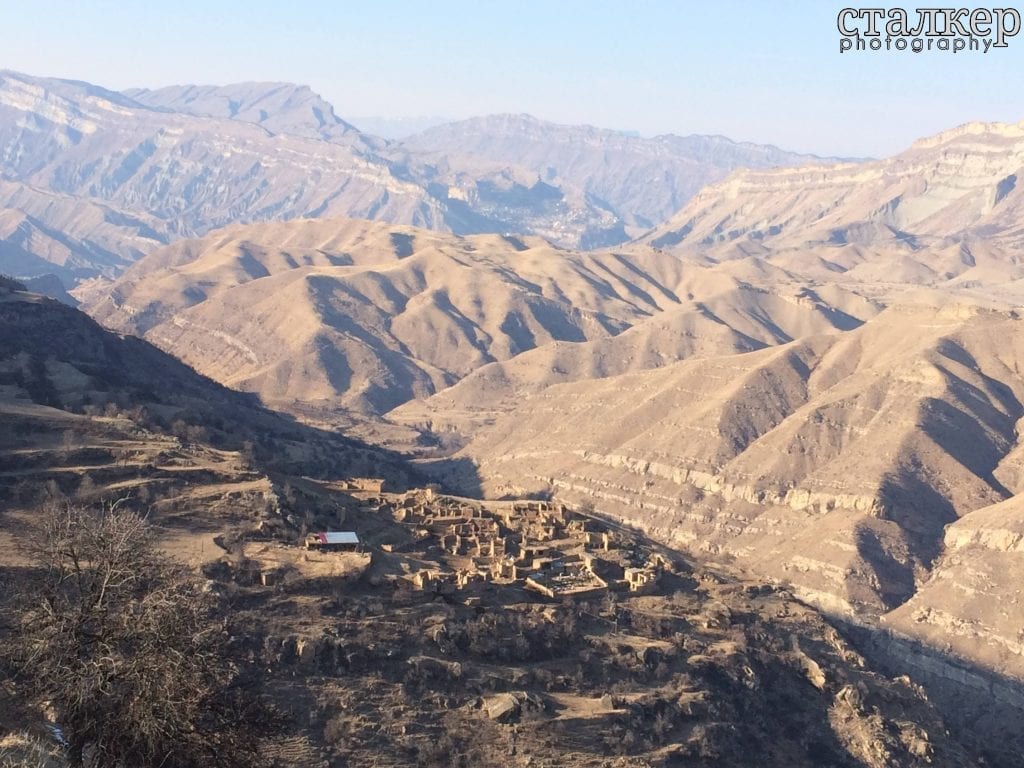 We ask where we should go, and two guys are ready to show us the way. We politely refuse, but they still go next to us. It’s scary because we are going to an abandoned village and we could be easily killed at any time, but as it turns out, our anxiety was only inside our heads and the guys turned out to be excellent storytellers. 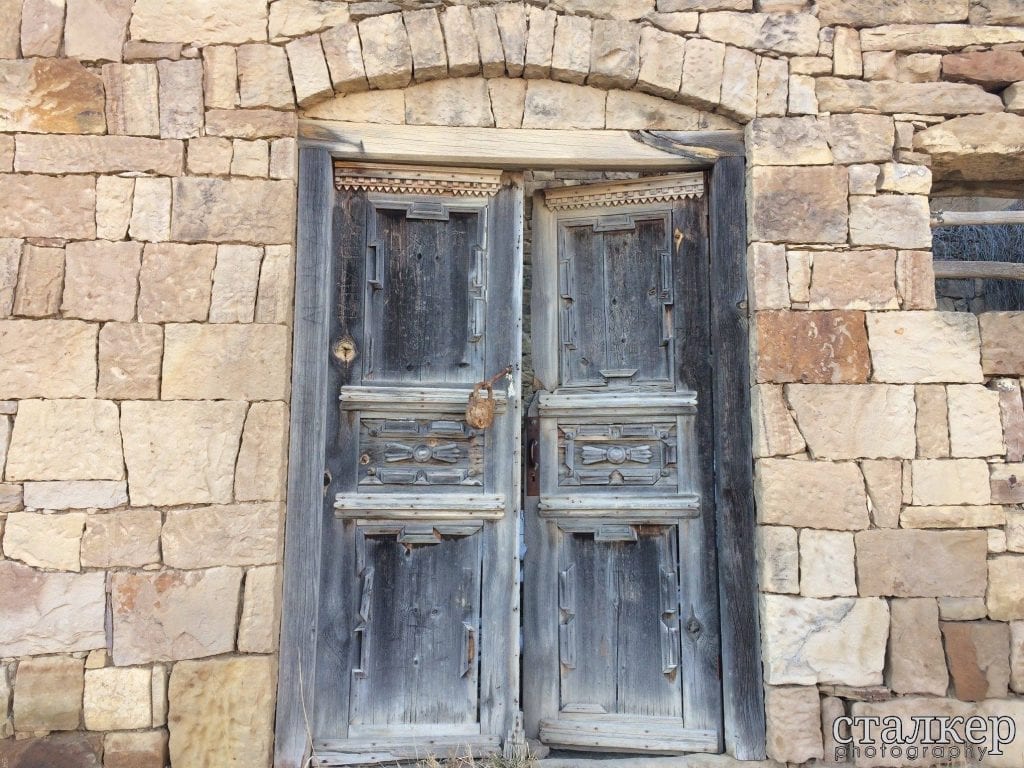 The road to the aul seems endless and already hopelessness I want to go back and leave my dream to see this village that I saw many times in different social networks. But still I make a small step ahead, and one more… And now finally at the distance I can glance at some houses. 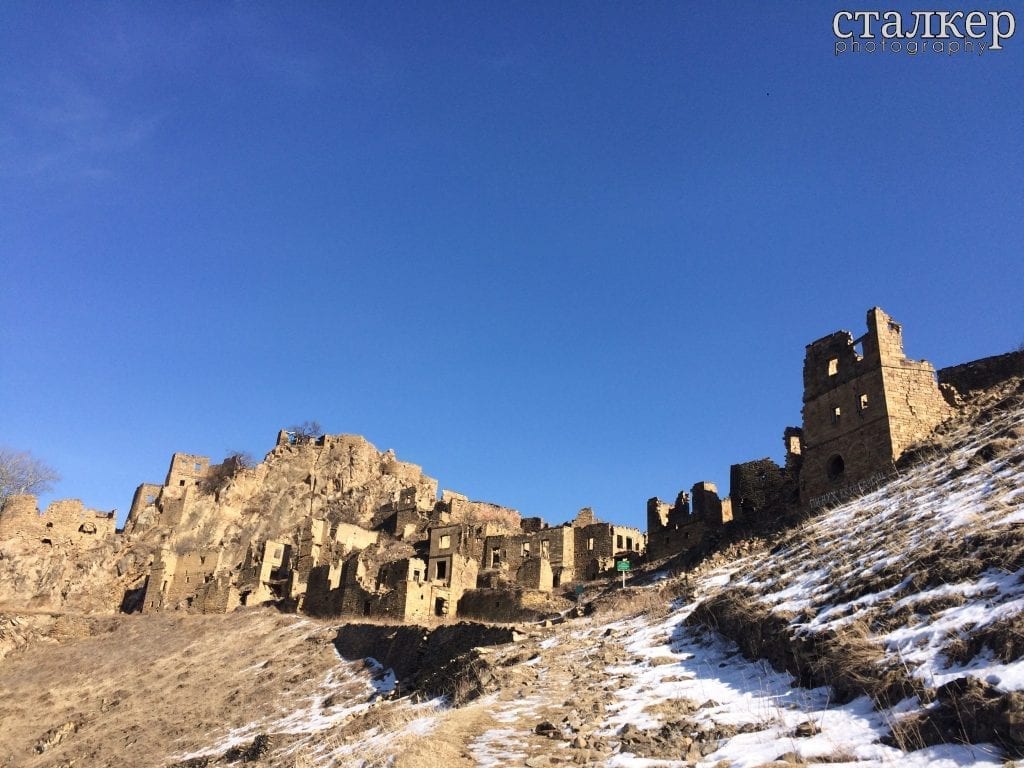 Of course, everything is not as beautiful as in the picture. In fact, there are only walls through which plants burst. But it was worth coming here just for the sake of the view around. 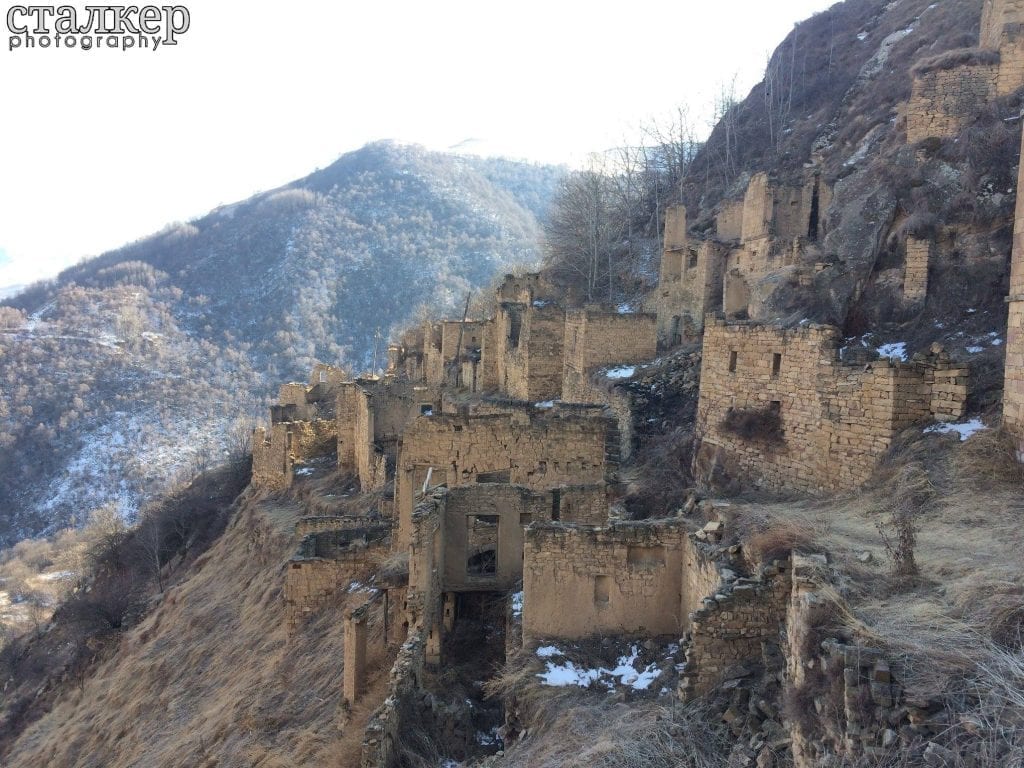 –God, how happy they were to live just like that around the mountains! – I think. 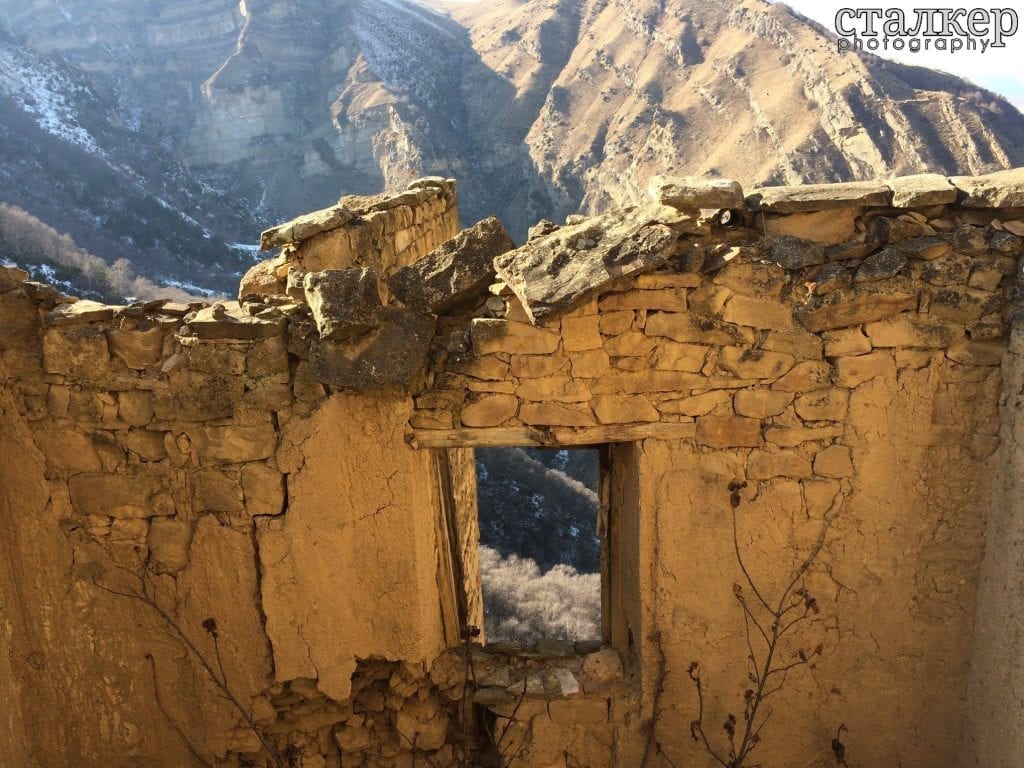 We slowly inspect all the houses, but nothing is left inside, then we climb the mountain and take photos from there. Then the boys suggest to see the house where the last inhabitant of Gamsutl lived. Of course we were curios to see! 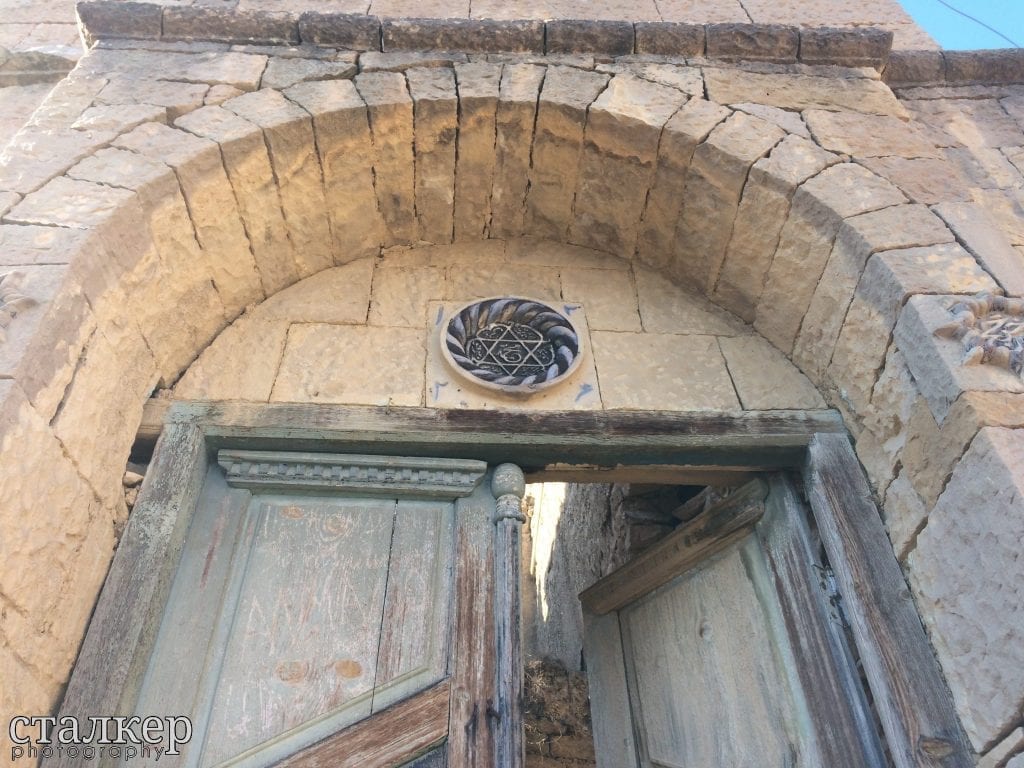 Four years ago, Abduljalil Abduljalilov was still living in this house. He was the last one, now no one more lives here. He bred bees, the hives lying here and there testify to that. His ancestors lived here for a long time, and the house itself was built in the late 18th century! Abdujalil somehow tried to live in the city, but nevertheless decided to return here. 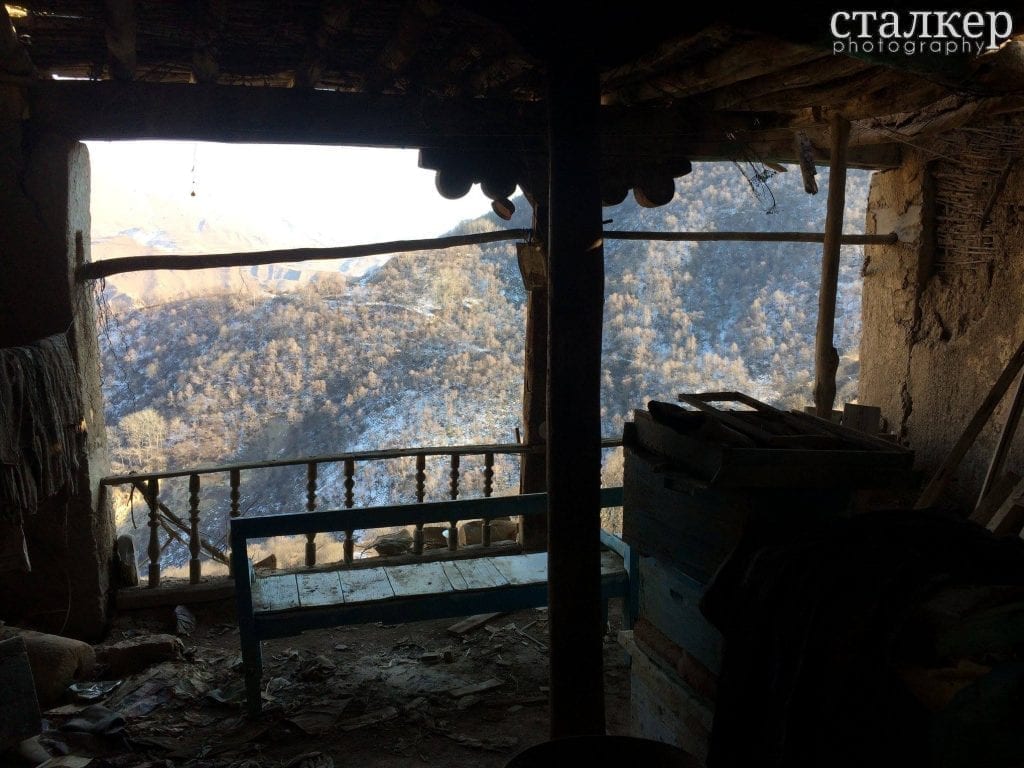 Gamsutl is a magical place. Walking along it, you seem to be filled with something more, with love to this place: for the nature around, for the locals who lived here… Therefore, we returned back happy, that we were lucky and we were able to get to this place. 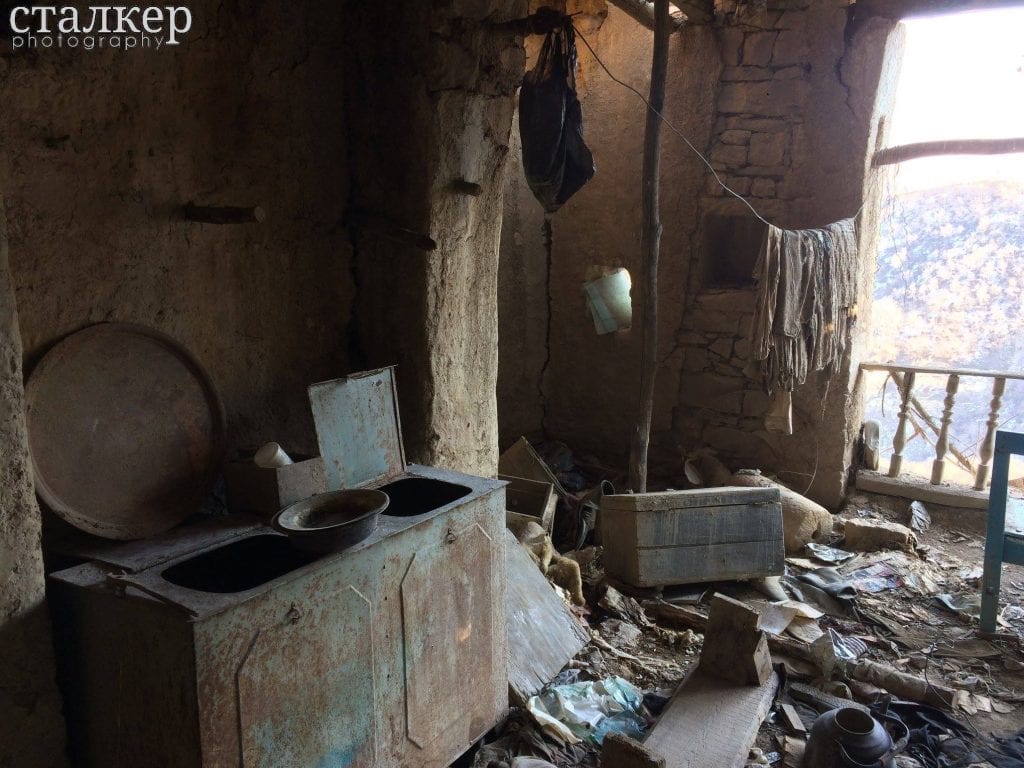 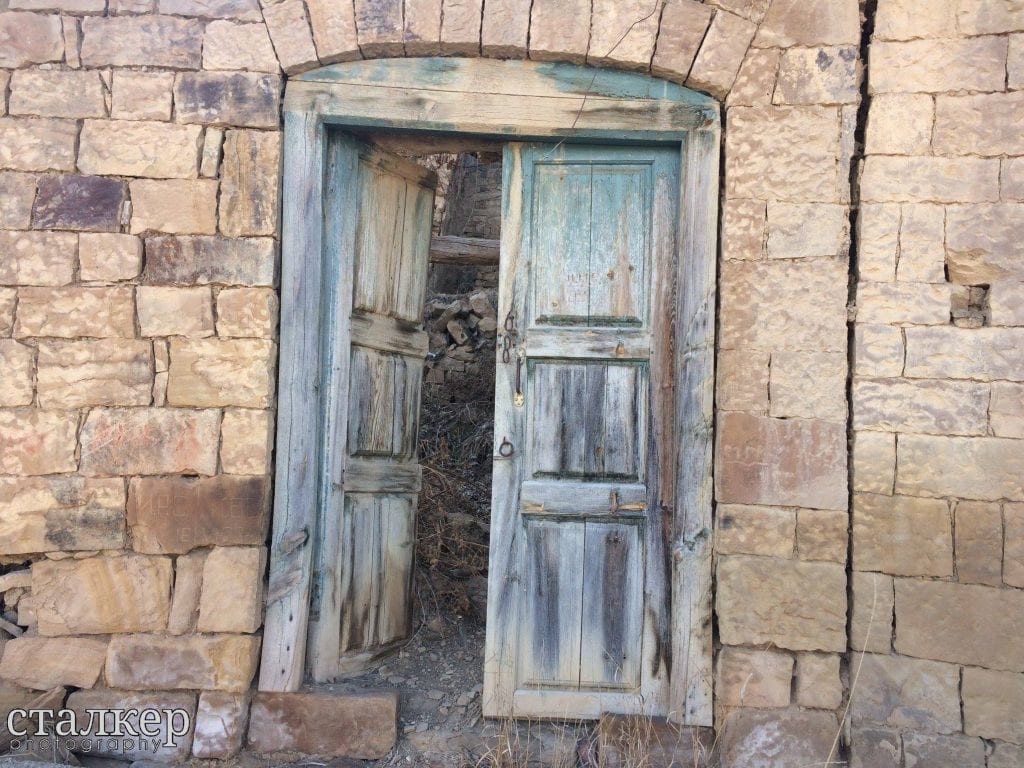 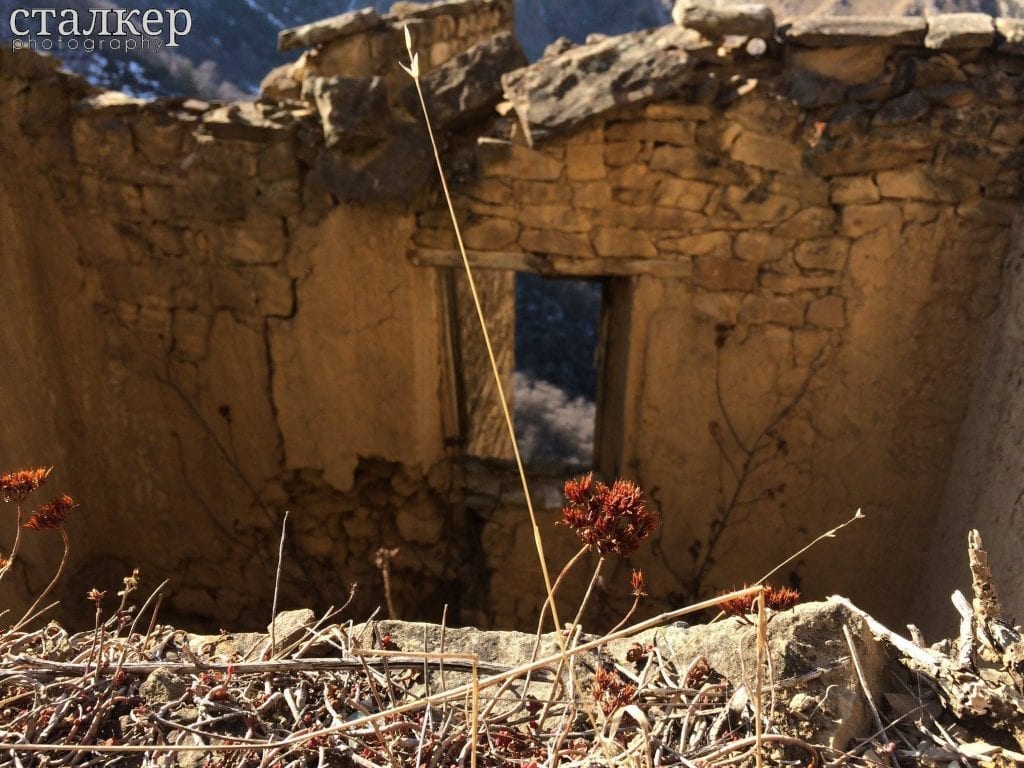 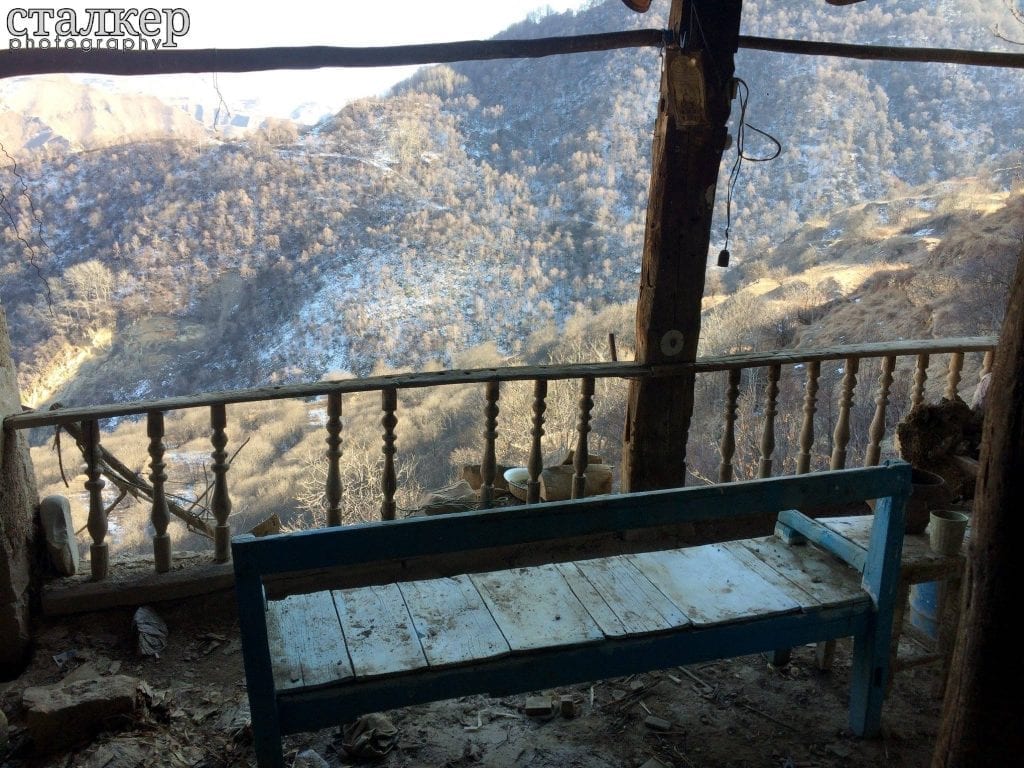 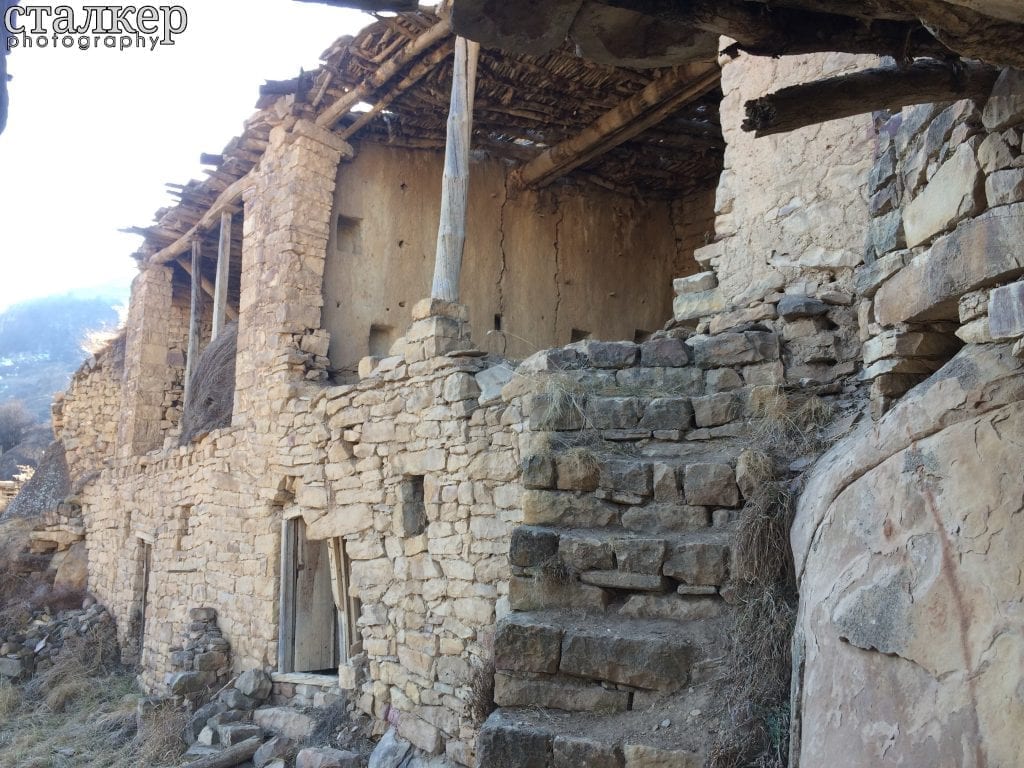