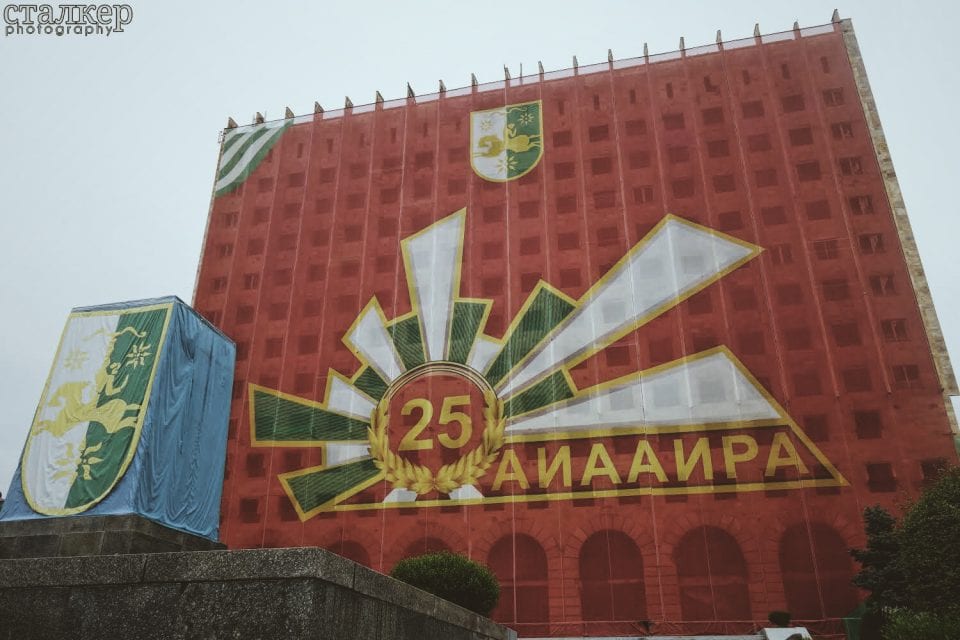 After the train station, it was as if I had entered in a snowball: one after the other the abandoned places appeared from the ground like mushrooms.

The abandoned places that I will describe below are scattered in different areas throughout Sokhumi.  The entry for each of them is easily accessible. 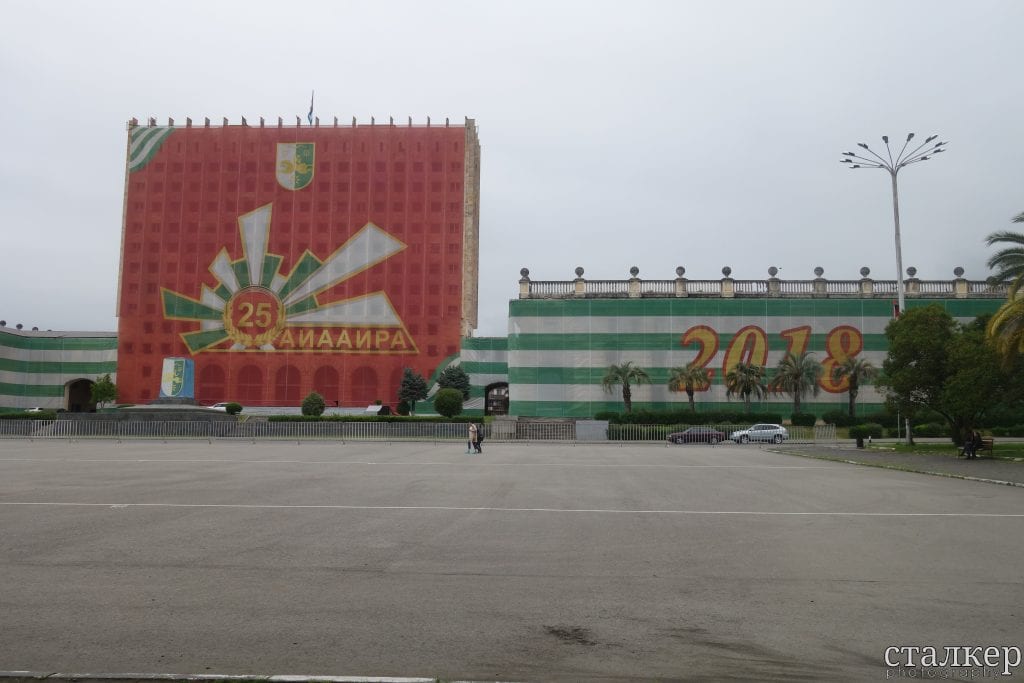 After the collapse of the Soviet Union in the 1990s, Sokhumi faced heavy damages during the Georgian/Abkhaz conflict. That’s why almost everywhere in the city you can bump into ruins and different abandoned buildings. 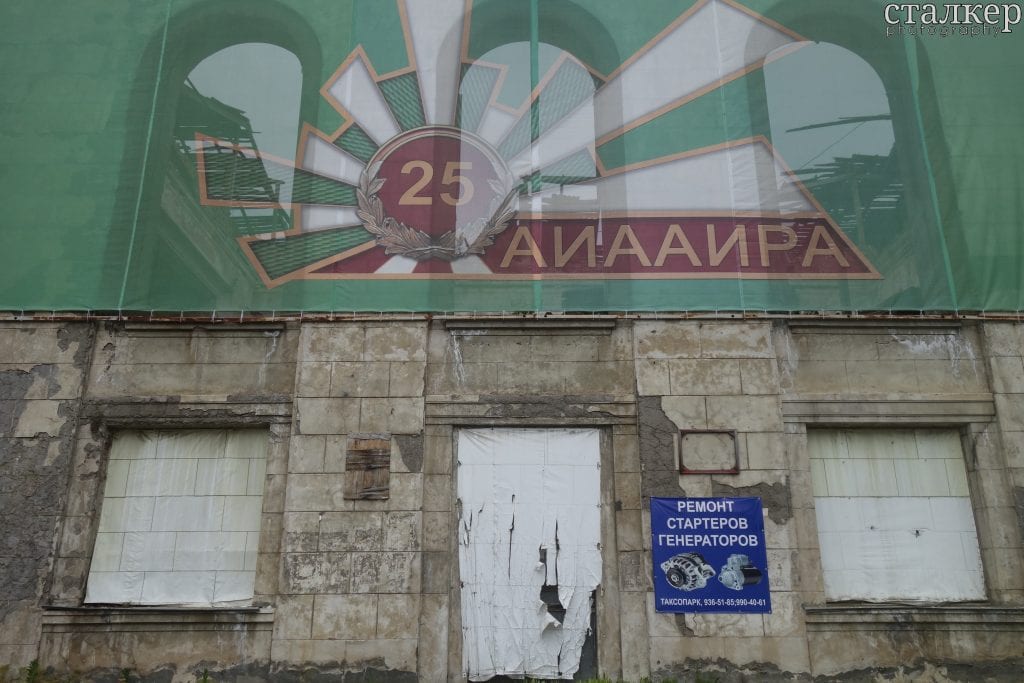 As soon as you leave the station, on the way to the center, I see two other abandoned places.  A building shows its decaying yellow ocher facade, the broken windows, the grass coming out of the walls and the tiles that make their way through the slits of the floor. 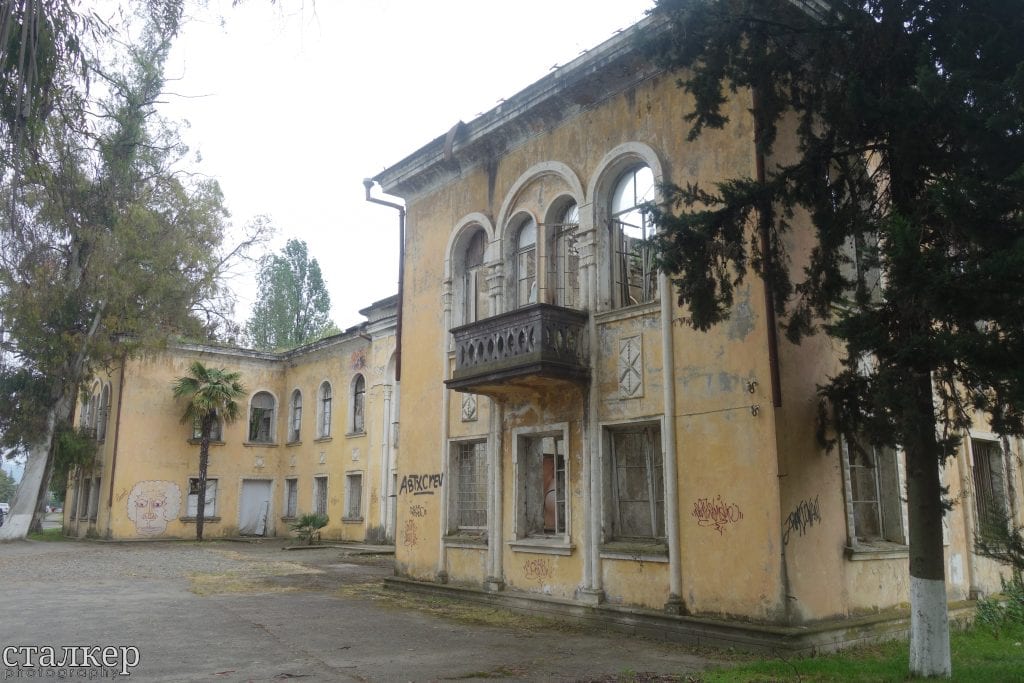 On the other side of the road another building, this time covered with a cloth that in Cyrillic bears the name of the national anthem of Abkhazia “Victory” with the number 25. It intrigues me, so I decide to cross the street and sneak in  inside with all the backpack. 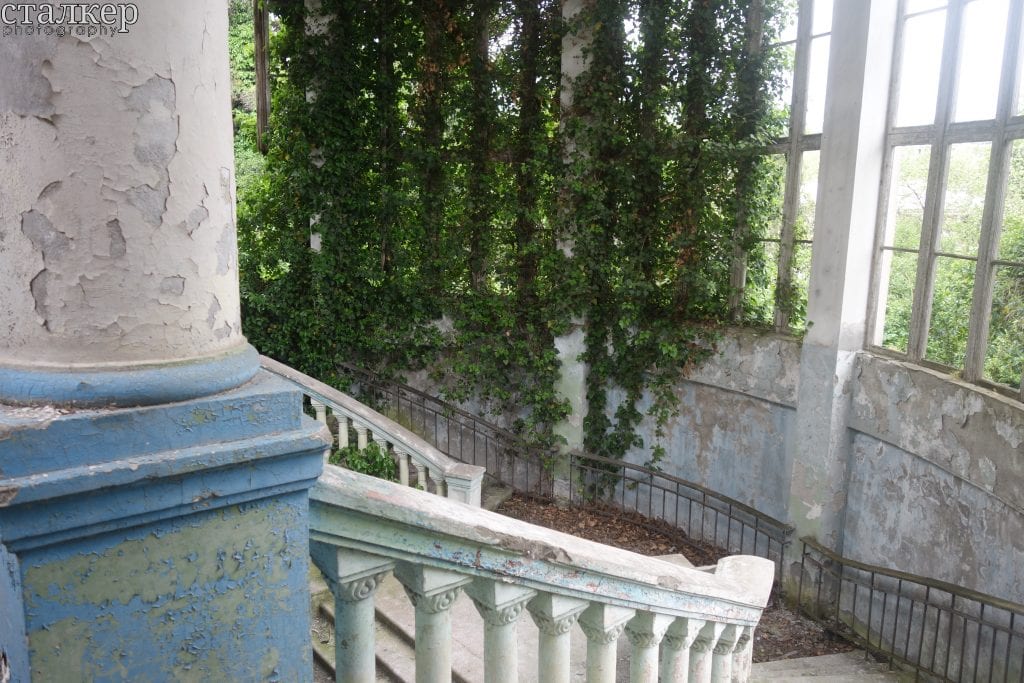 The gentle flow of water breaks the quiet and the silence.  At first it is not very strong, but as I get closer to the source it becomes more and more.  My curiosity leads me through three apparently empty rooms to then arrive in the middle of an atrium, behind are the stairways and in front of the ground floor is completely flooded with water.  If the floor where I am now was not raised at this time I would already have water on my knees.  Walking I stumble on films of some film that roll up around my ankle. 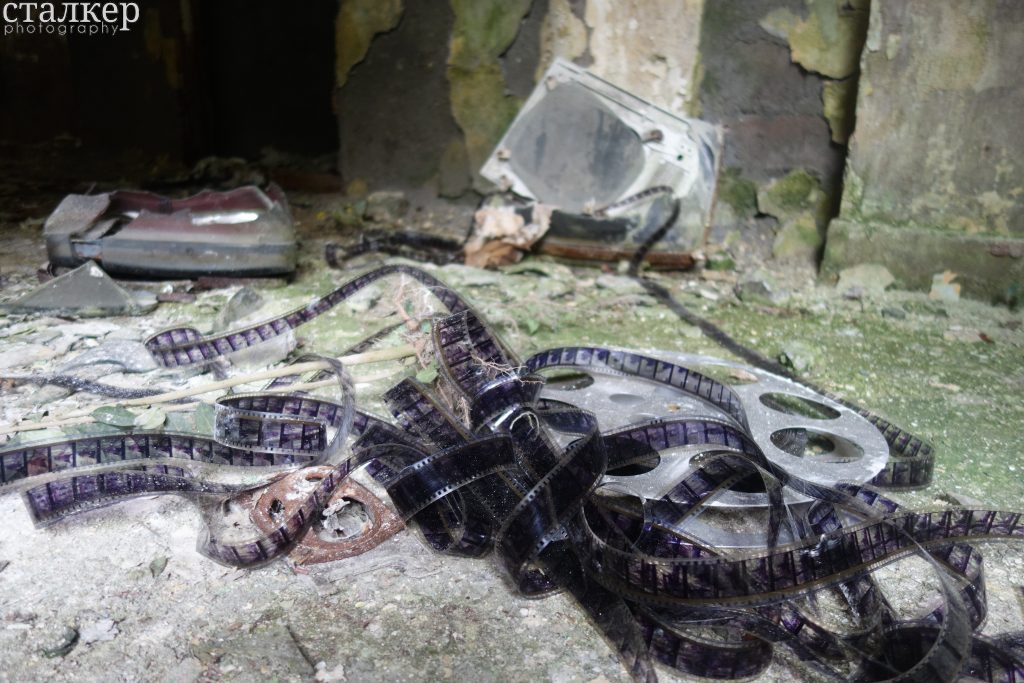 Going up the stairs I reach the first floor. I decide to move cautiously, without making any false step.  The floor is unstable and the ceiling above my head even more.  The frame of a picture lies next to a skirting board, with ivy gently wrapping it. 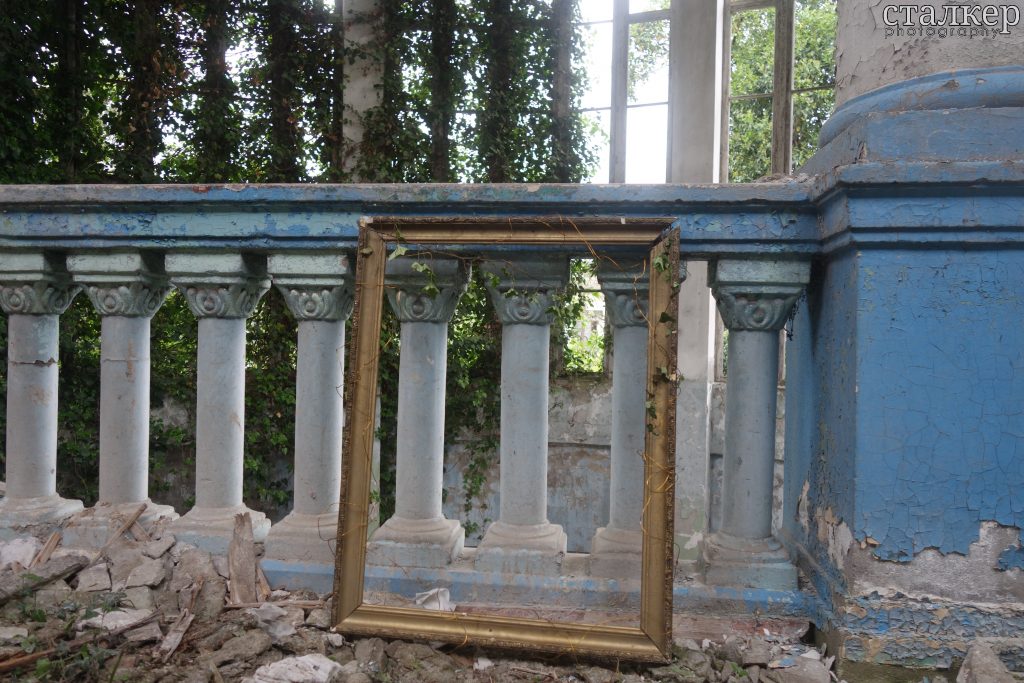 The second abandoned building is located in the center of Sokhumi, opposite the Freedom Park, covered by a long red canvas that seems to want to mask the terrible past of a country that has been at war.  One of the bloodiest battles during the Georgian-Abkhaz war took place in the former Council of Ministers building, located right in the center of Sukhumi. 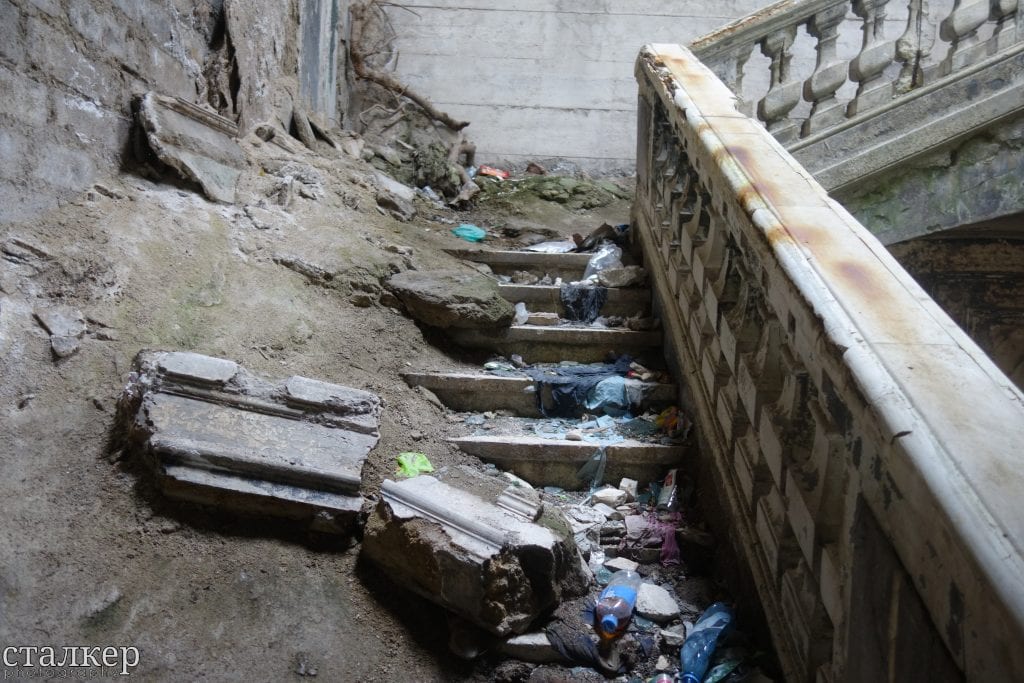 During the conflict, small and large caliber bullets hit it and at one point the building was gutted by flames.  The Georgians of Sukhumi were brutally massacred by the Abcases in an attempt to maintain control of the region, although some voices declare that the violence was instead perpetrated by the Russian support forces. 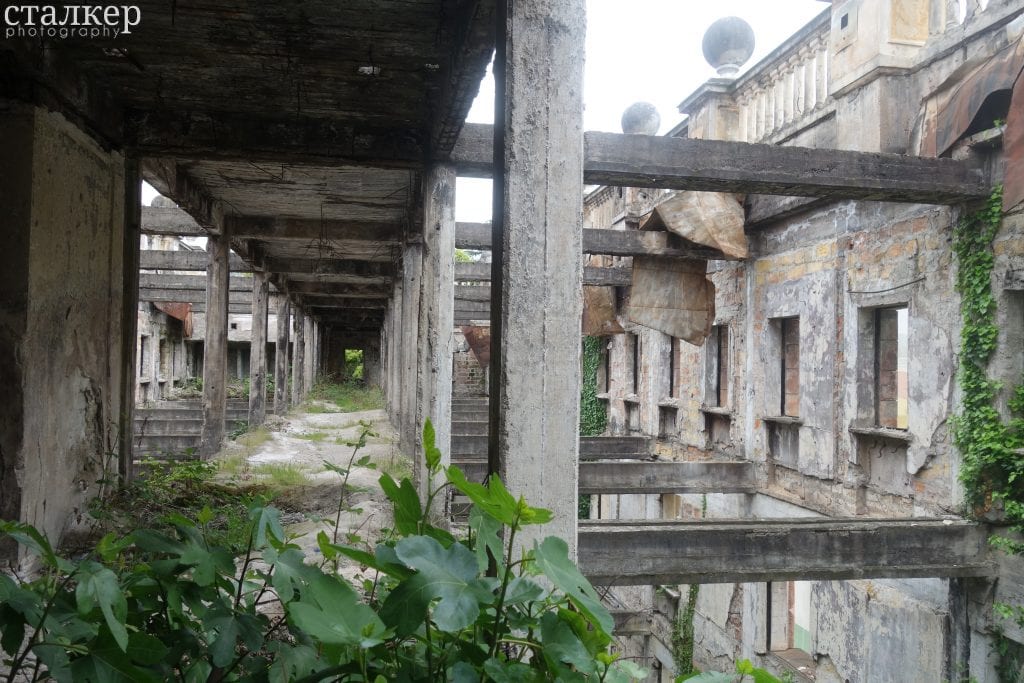 “We are about to rebuild it,” says the head of state Raul Khajimba.  “Funds are the real problem”.

A past that returns, a memory that resurfaces through the stone walls blackened by the fire and the bullet holes that penetrate deep within the soul. 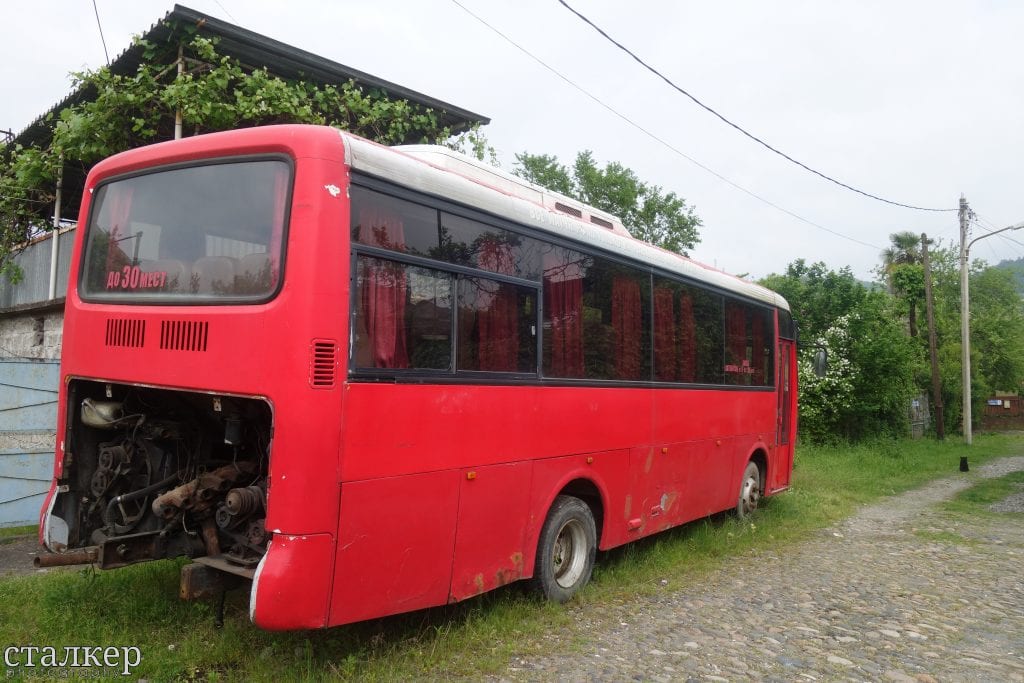 Inside the structure, under the tarpaulin, the grayness and the black of the burnt walls turns almost into a dark green, due to the moss and ferns.  The garbage abandoned in the rooms takes the place of the grass, and the rigid steel bars replace the ivy.  Every wall exudes violence and terror, flames and dust, and still the smell of rusty steel and the sound of gunfire echoing in the rooms. 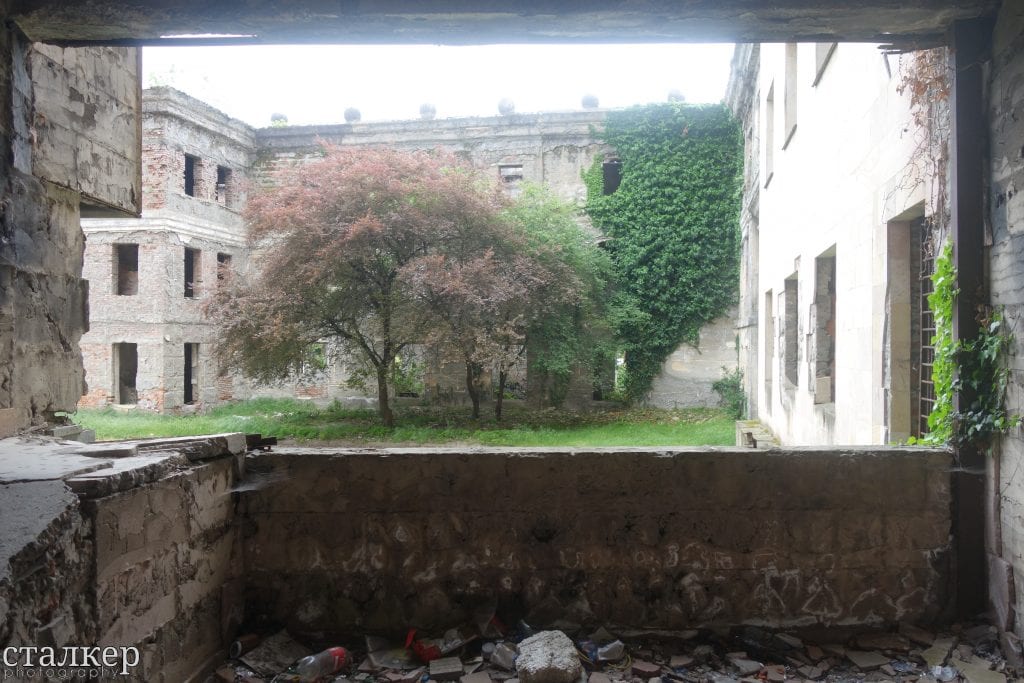 Access to the upper floors (a total of twelve) is blocked by some bars, so I only reach the first floor, from which, however, there is a decent view. I start to stare from behind the curtain. Black cars with darkened windows whiz from side to side of the structure, where other government offices are now located. 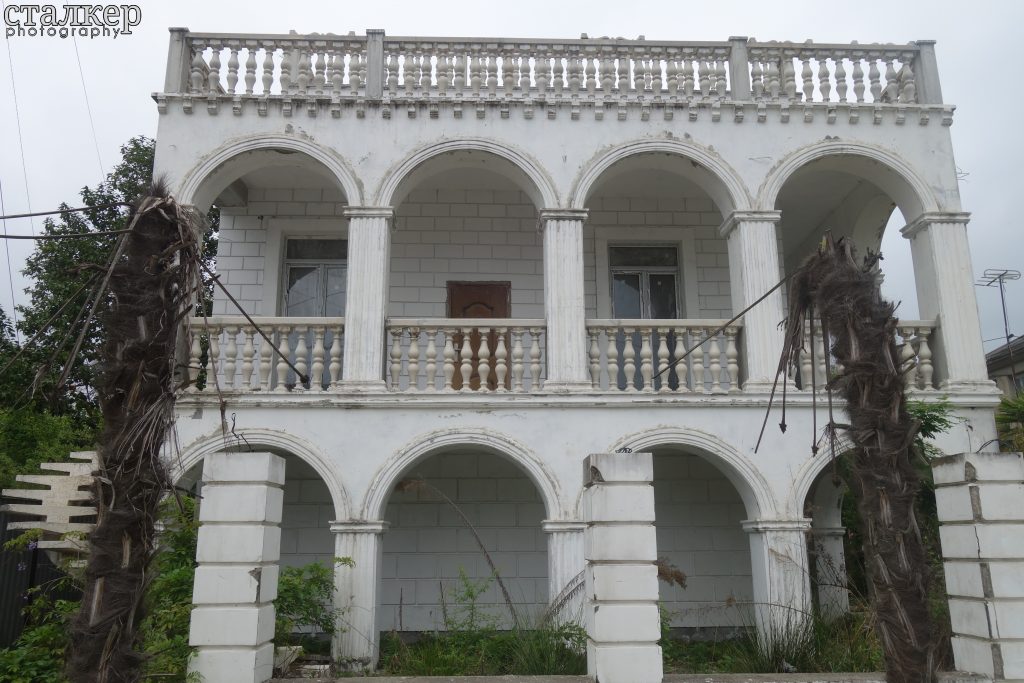 In the next building the situation is the same, if it were not for some floors that are completely missing.  Here too we must be very careful as the floor, although in reinforced concrete, is plastered with holes. 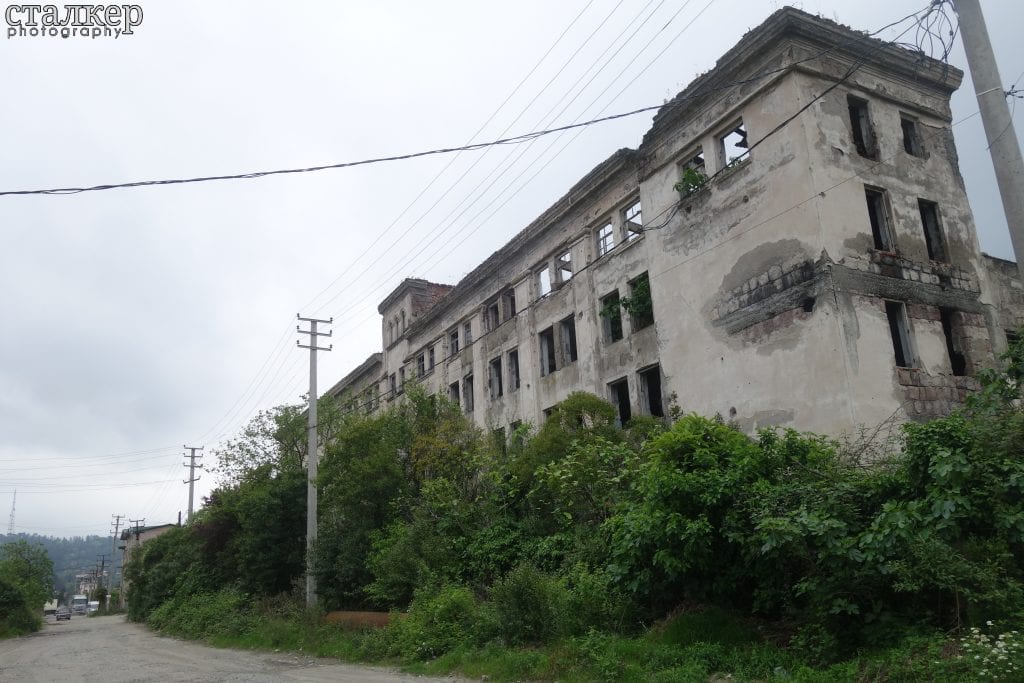 Walking through the city you can see as many wrecks.  Each abandoned house there are two inhabited.  The population of Sokhumi amounted to 120,000 inhabitants in 1989, now there are only 62,000. Those who live in Sokhumi have made it a habit to live in the midst of “abandonment”, and this “abandonment” has become a tourist destination for  the most passionate and curious tourists of abandoned places. 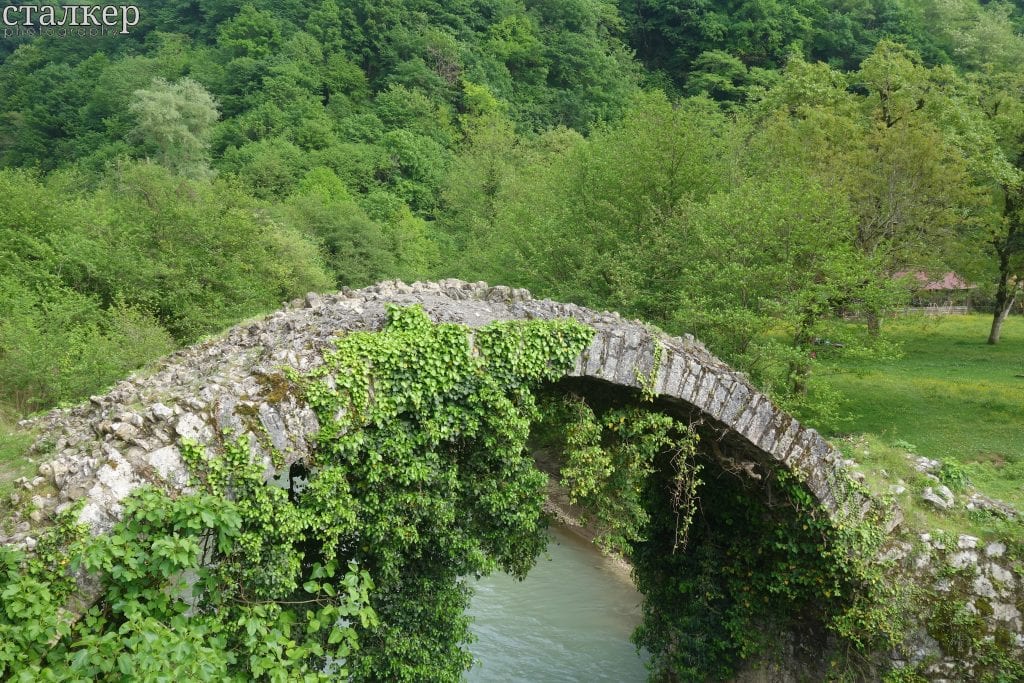 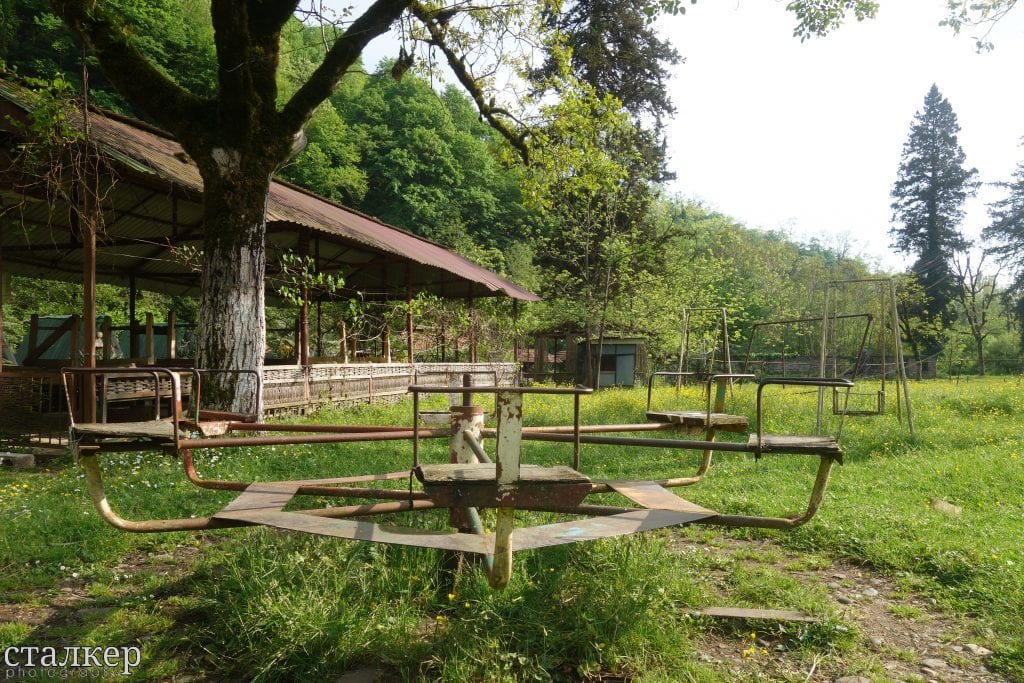 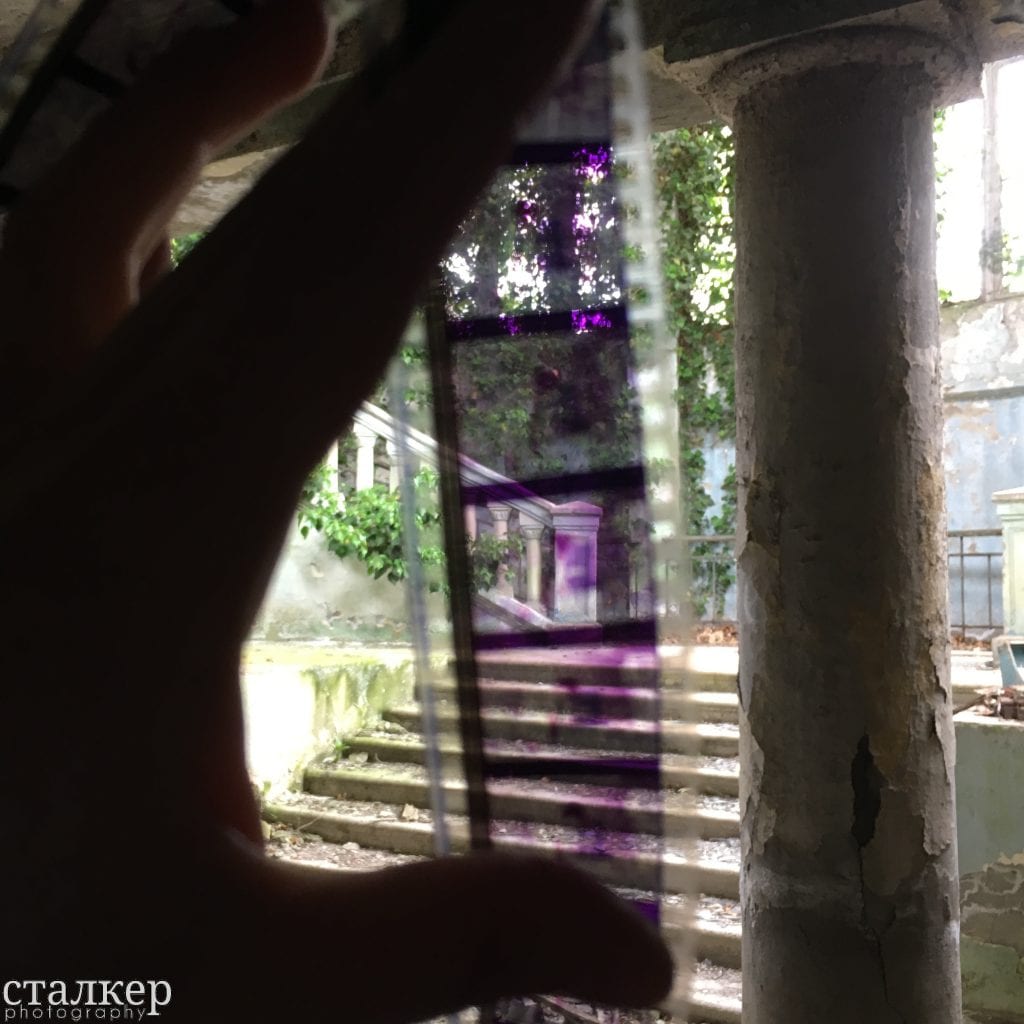 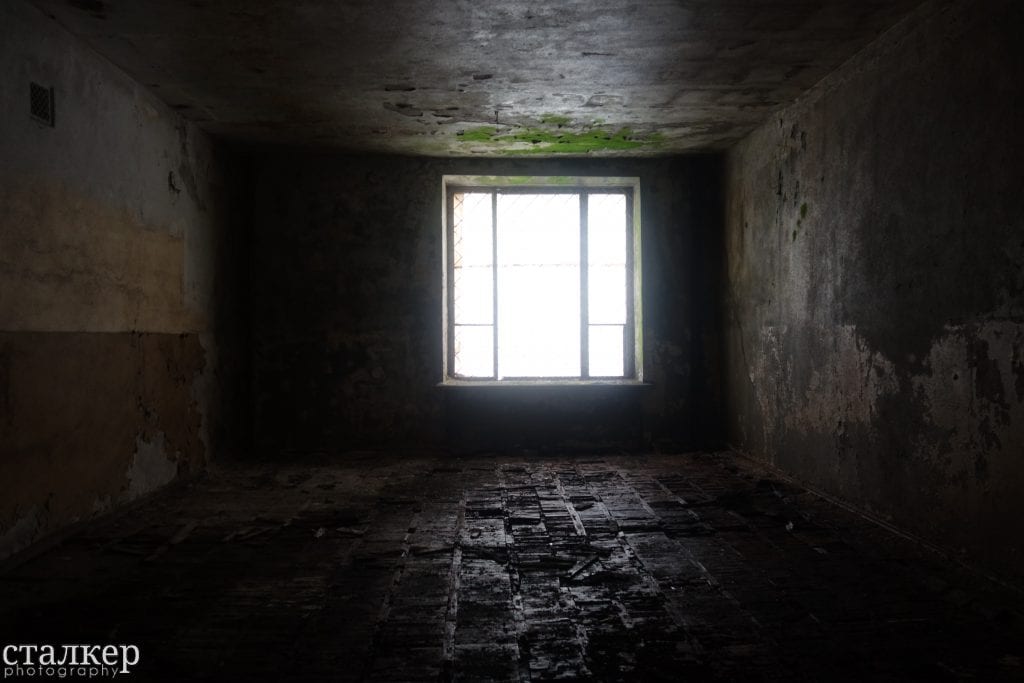 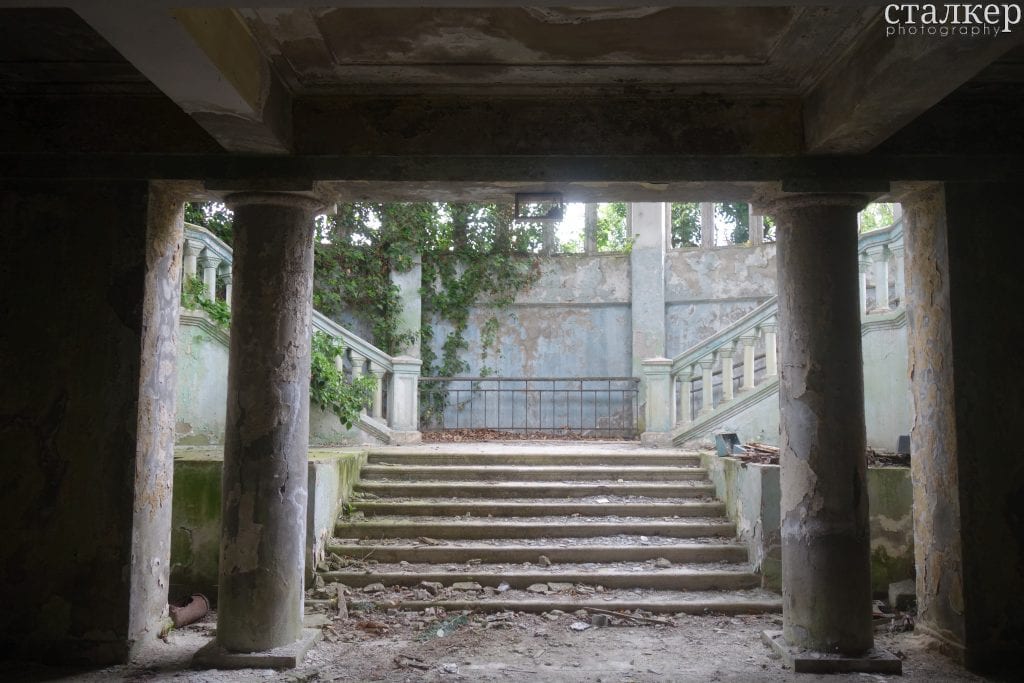 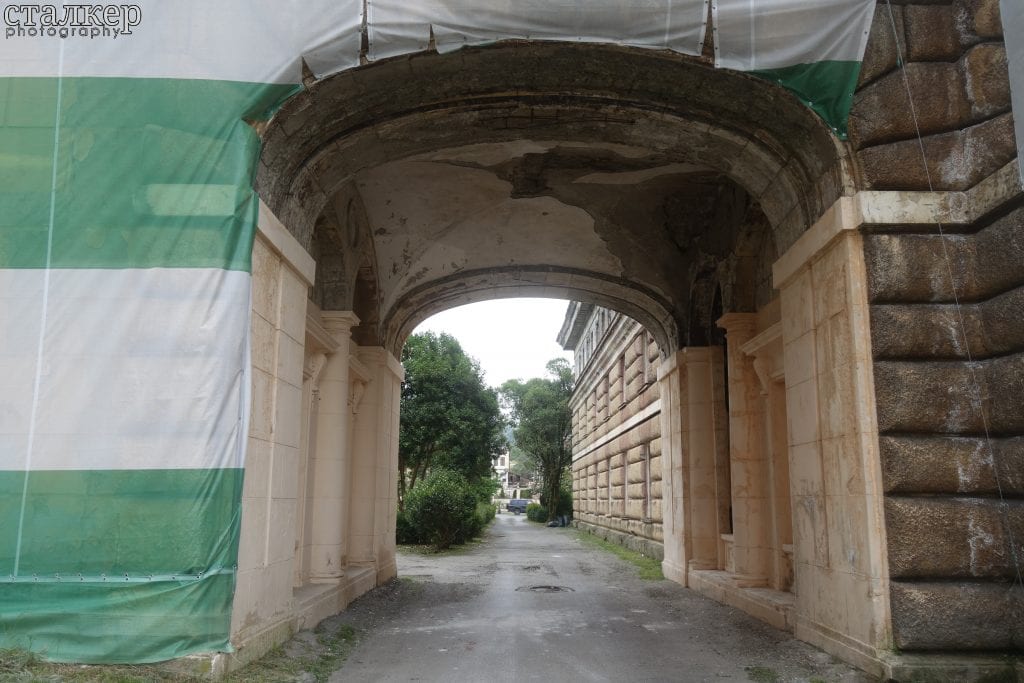 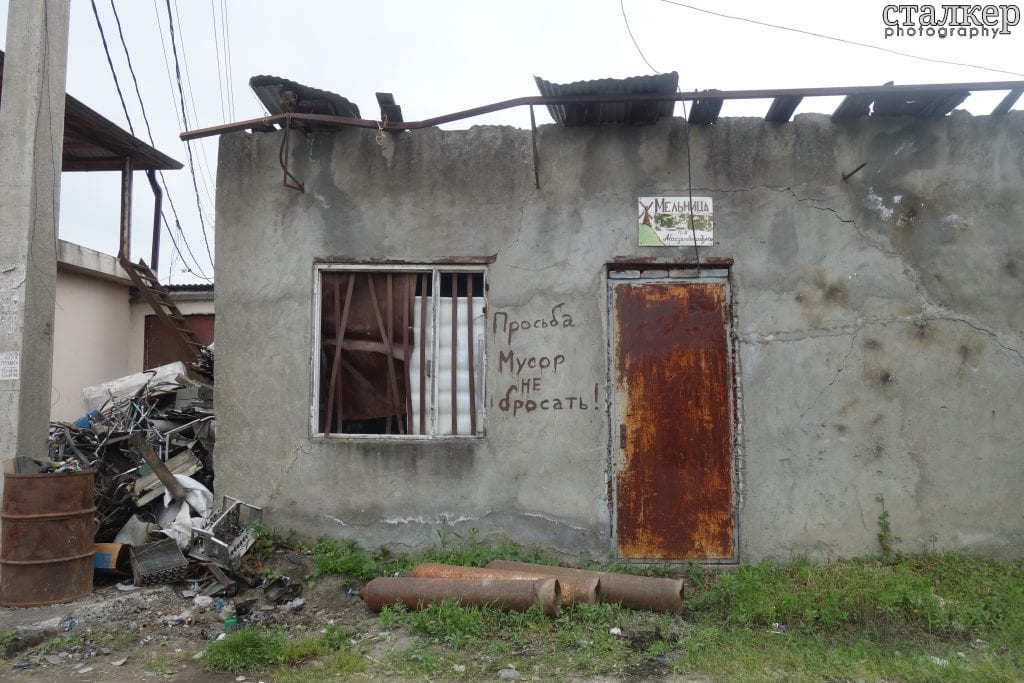 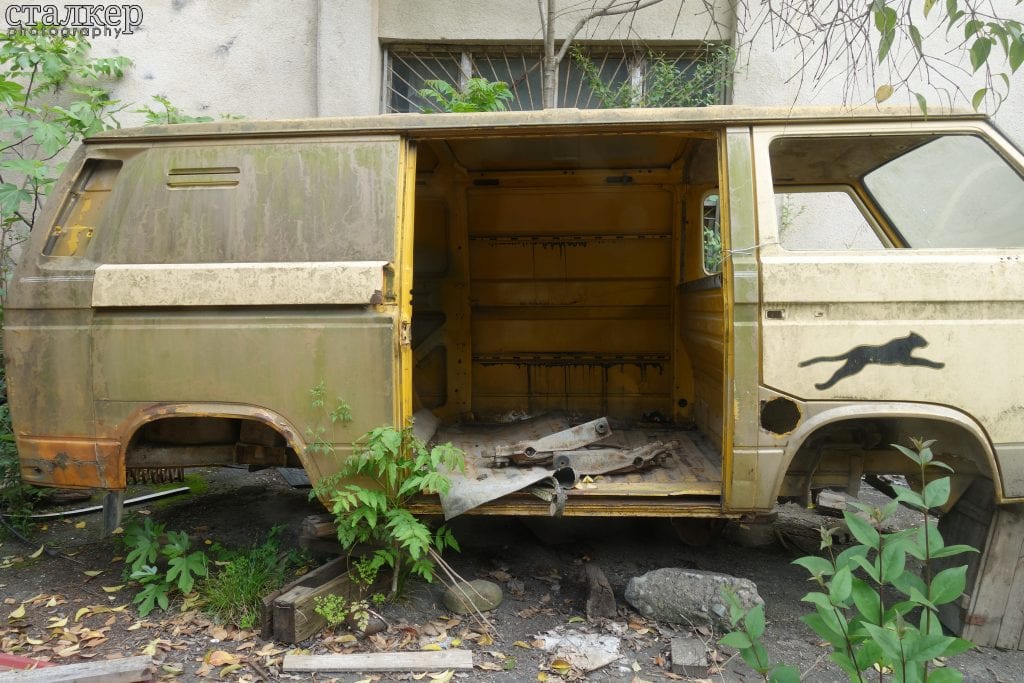