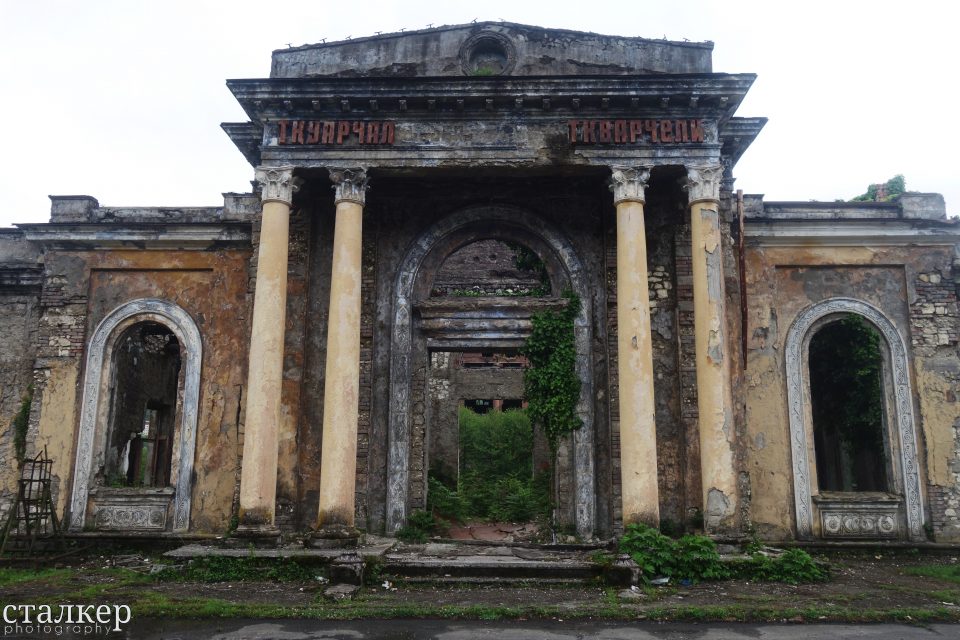 On the way back to the sea, I decide to stop for a couple of hours at the Tkvarcheli thermoelectric plant.

The thermoelectric plant is on the right of the road coming from Ochamchire, just before passing the bridge that leads to Tkvarcheli.

Guarding the plant, despite being abandoned, there is a guardian, but he will let you in if you ask him for permission.  He will tell you not to go very far but in reality you will be free to go wherever you want.

After Akarmara, a similar story happened to Tkvarcheli as well.

The only difference is that in this city enrichment plants, state-owned power stations, a number of companies in the construction, transport and mechanical sectors were also built.

The plant was bombed in the early days of the siege of Tkvarcheli, and subsequently closed shortly after.

The thermoelectric plant is of the TYPE Power Plant type with a design capacity of 220 MWe.  It has 2 units.  The first unit was commissioned in 1977 and the last in 1979.

A metal monster stands in front of us, almost like a dragon that hasn’t been eaten for millennia, spits fire and rust and growls showing its teeth. 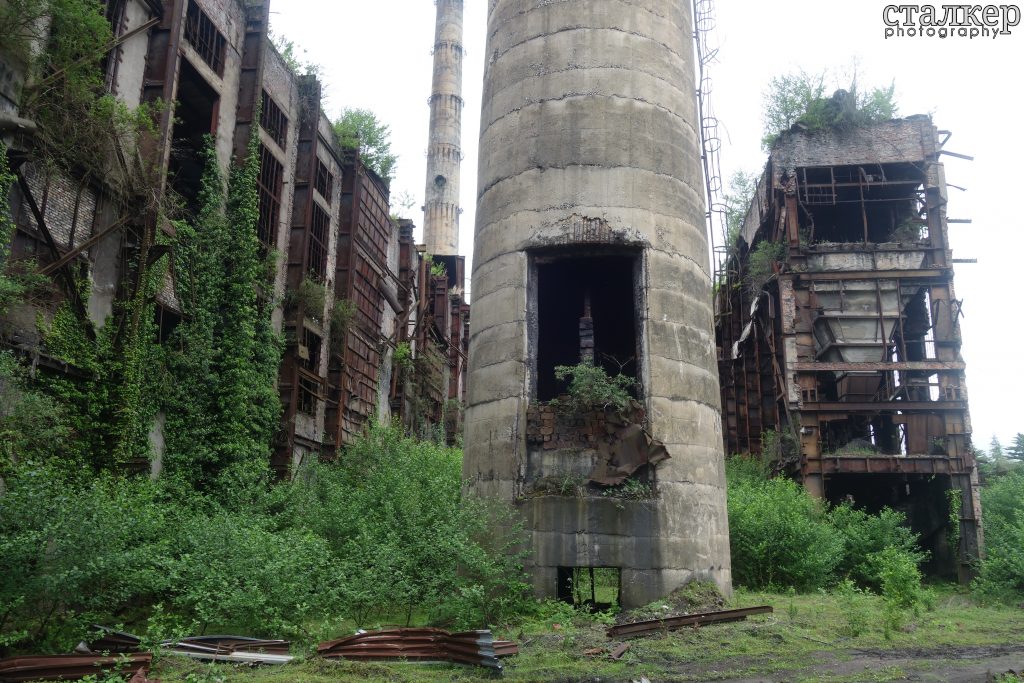 The roars that emanate from his stomach can be heard as far as the entrance to the gate.  Pieces of steel that come off and fall back into the ground, in turn end up on top of other pieces, creating small knolls.  Brave workers have climbed the scales of the dragon, and on some of them they work to detach them and then sell to the market.

The road through the belly is tortuous and full of dangers.  Marshes, remains and bones of a meal of millennia ago, gastric acids that corrode even the most stainless metal.  Strange white protrusions, like asbestos, sprout like mushrooms from side to side.  Even the grass thrives together with some poor trees.

All of a sudden silence, and then another thud.

The tail is a long conveyor belt that carries food from one end to the other, and leaves the waste at the end of it.

The dragon no longer has life force today, and you will no longer see flying in the skies of Tkvarcheli, this tells the local population.