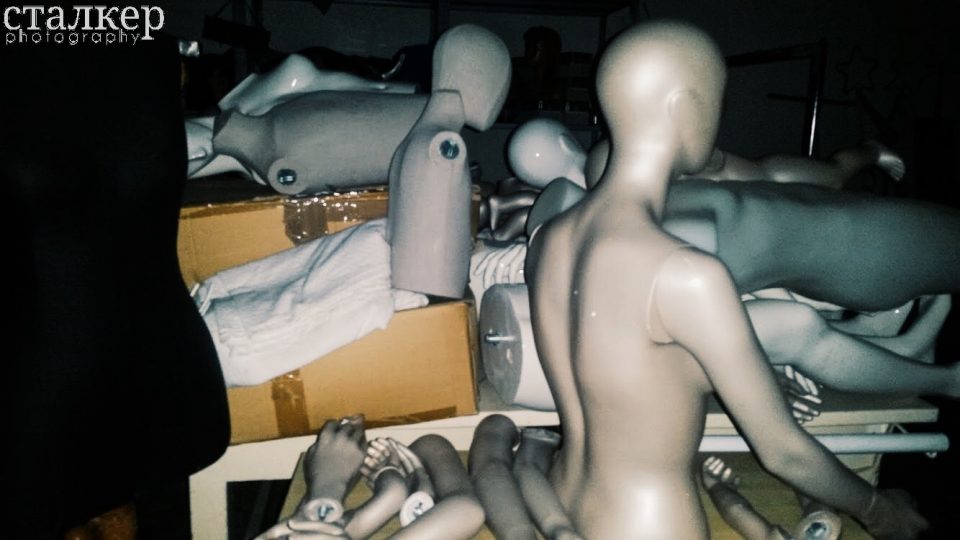 Swimming in mud, in the past of Battaglia, dried up, reclaimed, renamed and then abandoned.

The former INPS spa is located near the Battaglia Terme canal in the “ex INPS Pietro d’Abano” park. 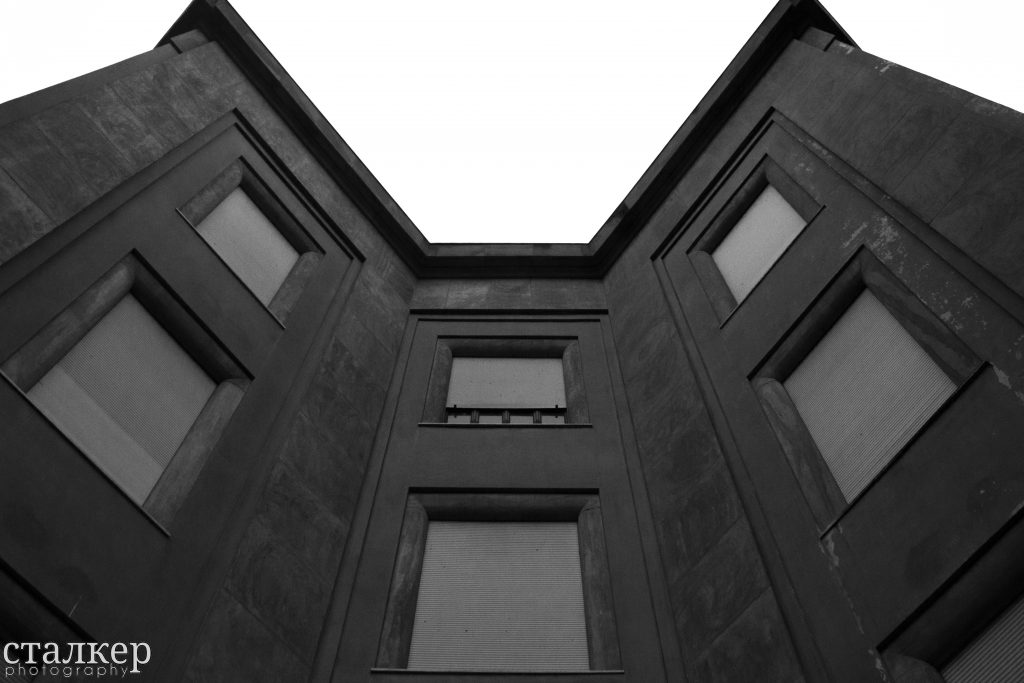 Having drained and reclaimed the swampy areas, the town concentrated on the opportunity to make more profitable use of the thermal waters.

The thermal complex (including the Grande Hotel delle Terme and the complex of S.Elena) was owned by the Counts Gabriele and Angelo Emo. We are at the beginning of the 20′.

They tried in every way, through some agreements between the municipality and the Counts, to recover the spas that were abandoned during the Great War.

In 1927 there was a turning point. The National Institute for Social Insurance bought the entire lot: the park, the hotel, the springs, the pools, the complex of St. Helena and the sweat cave. Mr. Emilio Gibelli, director of the Thermal Establishments of Battaglia (Padua), took on the commitment of establishments to a colony of thermal treatments for workers and employees (men and women) compulsorily insured for disability and old age and optionally enrolled in the National Fund for Social Insurance.

After several reconstruction works in 1936 a new spa complex was born, of which the main building was taken care only of those insured at the National Fascist Institute of Social Security, while in that of St. Helena also private individuals.

Given the growing national and international demand for treatment and now renowned mud, it was decided to build a new hotel that could meet all customer requirements.

To come to visit there were different artists and famous people such as Tamagno, Zacconi, Novelli, Zago and others.
Many scientists and doctors were interested in the spa complexes of Battaglia, including Madame Curie who discovered, through various analyses, that the mud of these spas had a greater radioactivity than any other.

During the period of the Second World War, the influx of tourists decreased, and in the meantime the complex was purchased by the National Fascist Institute of Social Security, ending up with a monopoly on the spa areas and becoming a military sanatorium for soldiers returning from the war. In the following year, it was taken over by the German military command, until the last days of the war, in 1945.

A year later, the area returned to the ownership of the National Social Security Institute, and then found its definitive closure and abandonment in 1993 after years of crisis due to countless private operators.

A couple of years ago there was the opportunity to visit an exhibition dedicated to the former INPS of Battaglia Terme, with various installations and awards.

Two years later, on the other hand, there is an opportunity to write an article about this historic building located in the center of the town.

In some parts of the park, you can still see the pools and the flow of thermal water now circumscribed and enclosed by signs and nets that prohibit the entry. The jet of steam of hot air touches us slightly and we decide to stop on one of the holes still open. Late autumn and a bit of heat are only good for us.

The entrance to the Inps remains open for the exhibition, and we decide to take advantage of the situation.

The interiors are all dark. On one side of the endless corridor echoes the sound of our steps, on the other drops of condensation that fall into the ground as if they were bombs dropped by a b-17.

Chains close the doors behind us and leave us at the mercy of the slowly approaching darkness. Dolls and mannequins stand in front of us, and Michael Jackson is dancing thrillers. Some lose their heads and roll to our feet, laughing, and then grinding with their teeth showing a mocking and smiling smile. Others dance the Trojka, others headbang under some metal music.

Did we make them all come alive in one fell swoop or…?

Rubber fingers appear behind the threshold of one of the many doors and indicate the stairs. 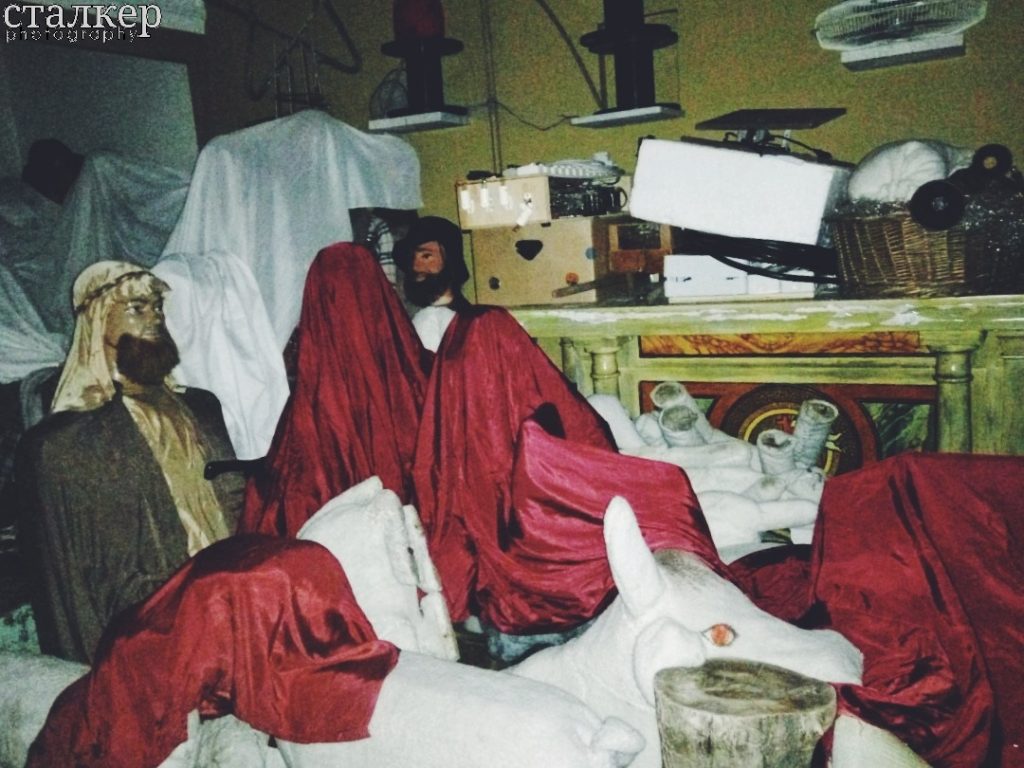 We follow the signs and arrive in the basement, where entire spaces are used as warehouses. Inside we find everything: work tools, kitchen utensils, bells, old computers, sofas, scales, and even boats. We almost get to the point of getting lost amid all this multitude of things.

Moisture is felt more, and the floor is covered with a perennial layer of mud and water. 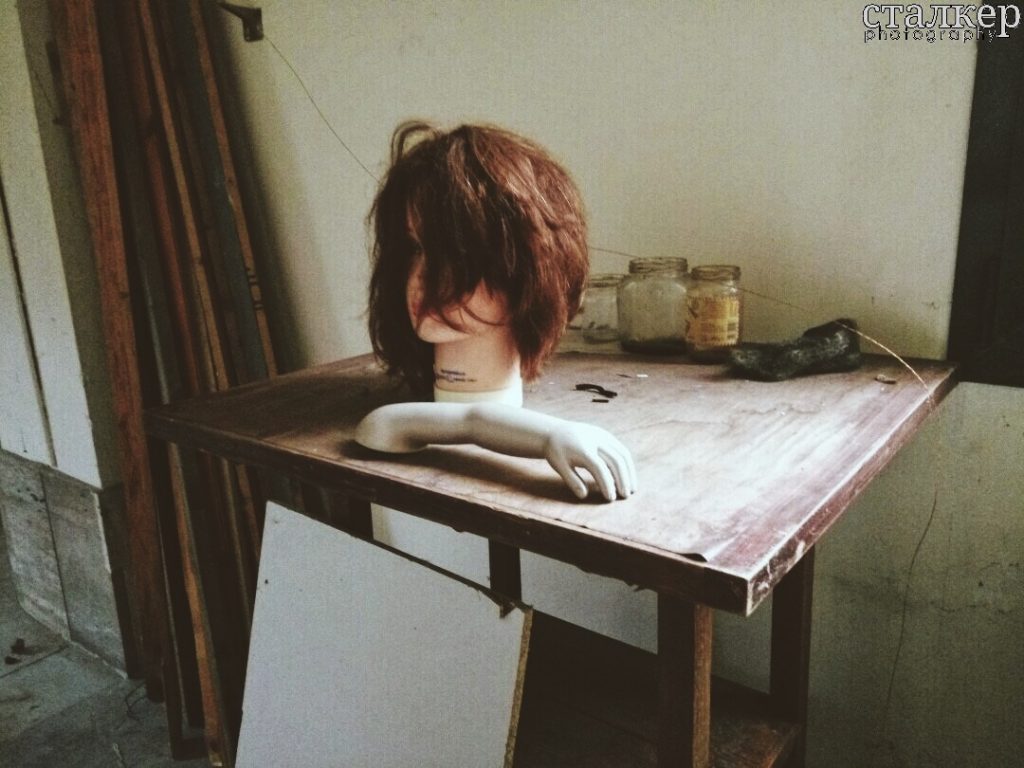 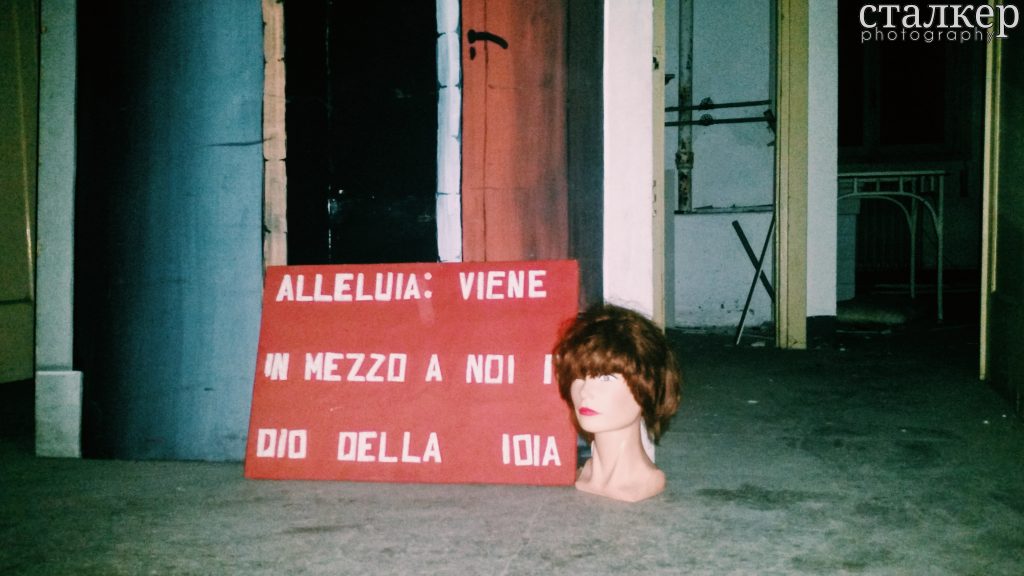 We climb back up to the ground floor and notice that the situation has calmed down. The stage objects, the Christmas decorations, the mannequins, the trains…everything is motionless. We reach the main hall, and here the dining room awaits us, although it is still too early to dine. In the next room, several children’s games are scattered and stacked one above the other. The mannequin-child who a few moments earlier was building the train tracks, now sits on a slide positioned obliquely.

The lift compartments are empty, just as the eyes of the mannequins peering from behind the door frames are empty. We decide to go up and reach other floors. The stairs are many, and the spaces are very wide, making you feel even smaller and more helpless. On the upper floors are rooms with beds, inspection beds, x-ray machines, medical records, documents, syringes, and nursing gowns. All this reminds us of the Granzette Asylum. Meanwhile, the fog outside grows, entering through the windows and obscuring our view.

We pass through the “Night ward infirmary” and the “Emergency department”, and then reach the top floor. From here we can have a view of the entire building and the inner courtyard. “A punch in the eye” I repeat between myself and myself. The building is heavy, uniform and super-human. Suddenly we see a light passing from one window to the other on the ground floor. Who could it be? The guardian? We hurry to reach the lower floors as we can no longer bear all this air full of memories.