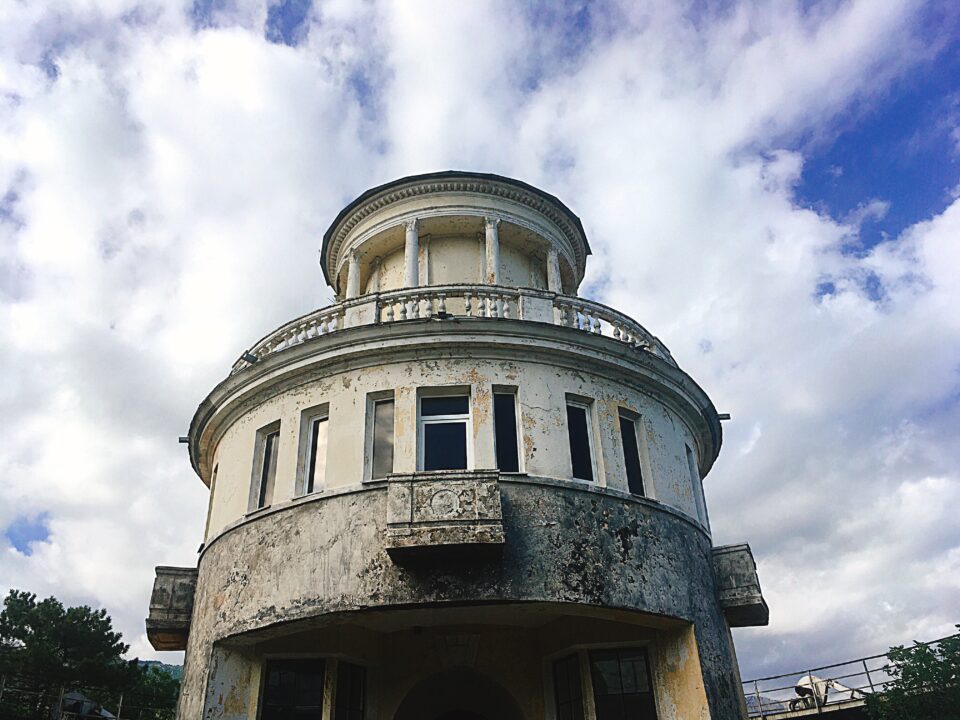 How to create a storm in a teacup? In Crimea they knew the answer!

Storm pool is located in Katsiveli, Crimea. It is illegal to get in, and there is a guardian on the territory of the park, where the building is located. The pool itself is under the net, it is written with big letters that the entrance is forbidden.

The storm pool was built in 1953 by V.V. Shuleikin – the founder of a new direction of physics – physics of the sea. Scientifically, it was called the aerohydrodynamic channel.

The setup is, in fact, unique. The pool is built in the form of a closed ring, so the path of the waves has no beginning or end, and the wind acts on them continuously throughout, causing only the growth of waves, similar to how it happens at sea. Where does the wind come from? Huge fans are located on the roof of this 40-meter-in diameter glass, which forced air into the channel between the glass walls. 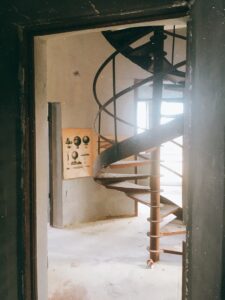 The fans made it possible to create winds up to 19 meters per second. As a result, quite large wind waves can be obtained in the pool: up to 1.5 m in height, up to 15 m in length and up to 4 seconds.

They say that the pool, even during its lifetime, was not very much in demand, although a lot of research was carried out in it in addition to the Marine Hydrophysical Institute, the Physics Department of Moscow University, the Sukhum Scientific Marine Station of the Acoustic Institute, the Design Institute of the USSR Ministry of the Navy and others.

Some scientists say that the centrifugal forces that inevitably arise during circular motion and significantly affect the process of wave formation were not taken into account, so the idea turned out to be false, and the structure remained an expensive monument of Soviet engineering thought. Whether it is true or not … Only scientists know. 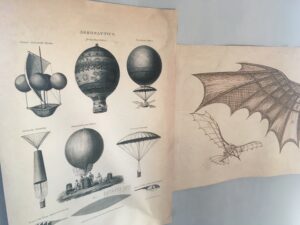 Today there is no need for a storm pool, because there are modern computer simulation systems that replace such structures.

We climb over the fence with our fellow travelers, who hitched our car. They were planning another route though when they’ve heard where we go, they wanted to join us. Of course!

I mean when I have firstly heard about this place and then read the history, I couldn’t believe! It is one of the most special places that I’ve visited from the point of history and the meaning of the building. 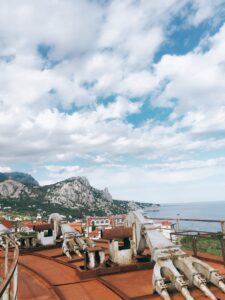 I really liked inside. Especially the building, that stays in the middle of the pool. There were some paintings of the flying objects, and I couldn’t understand why. In the Internet as well “zero” history. Spiral staircase, and here I am on the top. From there was really beautiful view around.

Down of the pool there was looped basement, where I could see many half-century remains of equipment, and some books (one of them was about how to train a dog, ha!). I liked as well up of the pool, to go around all these huge ventilators, that looked like big paws.

On the way back old woman-guardian “caught us”, and told to go away. Well, sure sir!