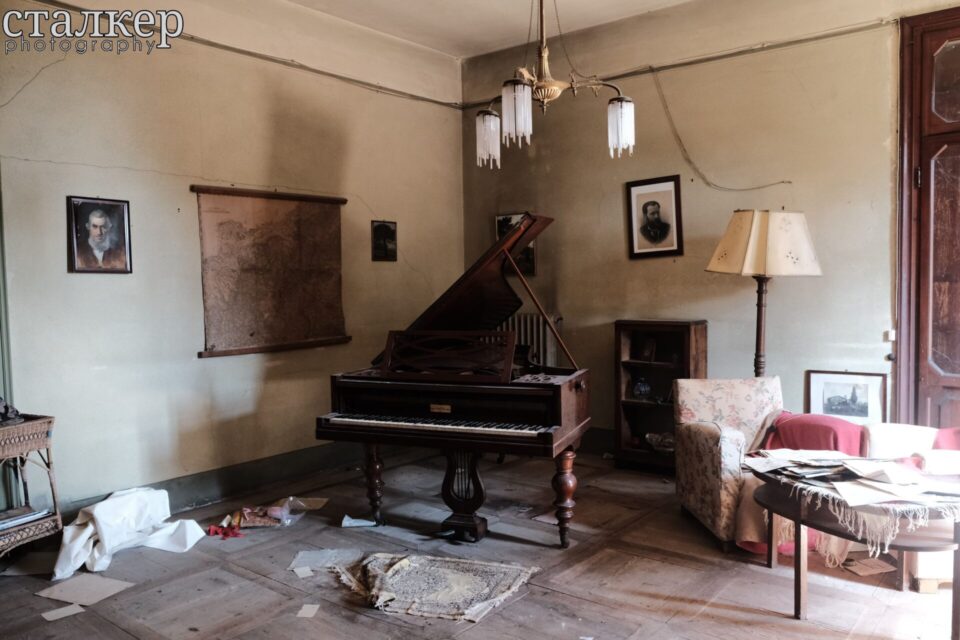 Within those walls echoed faint voices and scores buried by dust and time.

The villa stands on a small hill, ambushed and concealed by dense bush surrounding the property.
The almost untouched interior shows no sign of vandalism, an immaculate jewel in time. 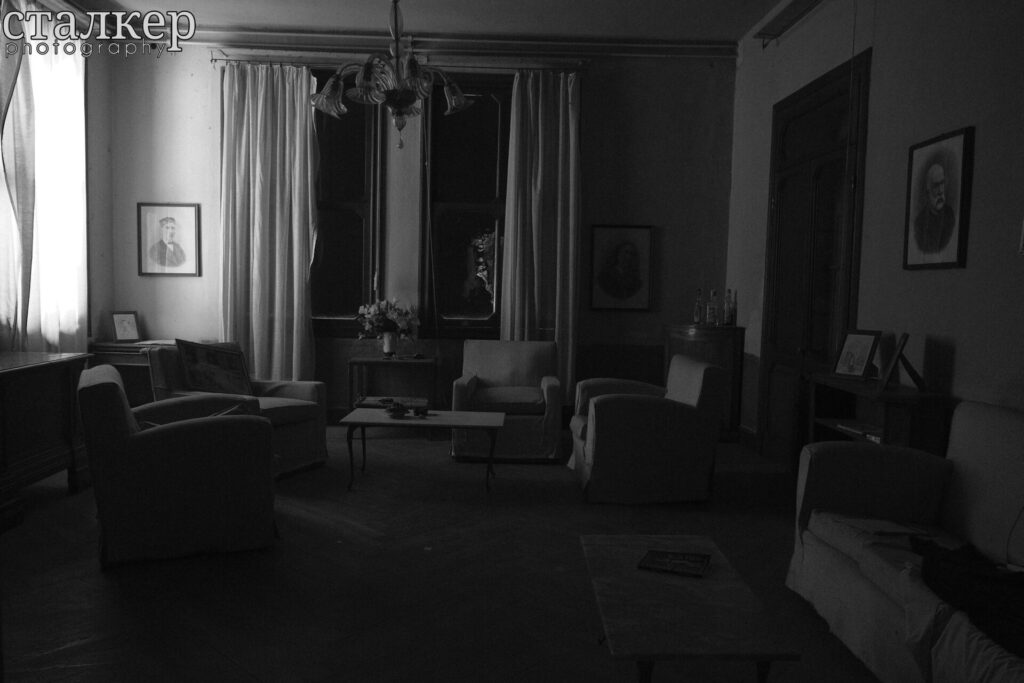 Everything is still well furnished, with personal items belonging to the former owners. Period photos of the S. family members, clothes, documents and various letters are scattered throughout the house.
Typical of historic villas, you have the manor and service rooms, as well as the columbarium.

Quite bizarre is the connection between the various sections of the house. There are few corridors to get from one part to the other, but a continuous succession of rooms, one after the other, giving the idea of being lost in a labyrinth. 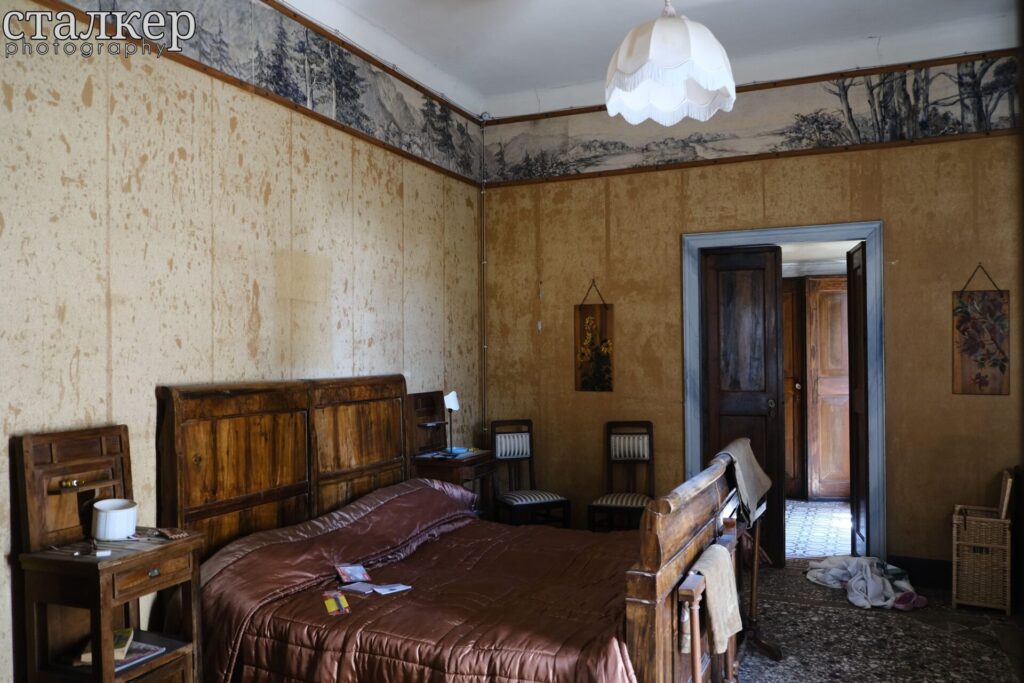 Wandering around aimlessly, I came across frescos, pianos, old Fiat refrigerators, family heirlooms, a portable shopping list and the macintoshes (five Macs and one PC) from which Villa Macintosh takes its name. 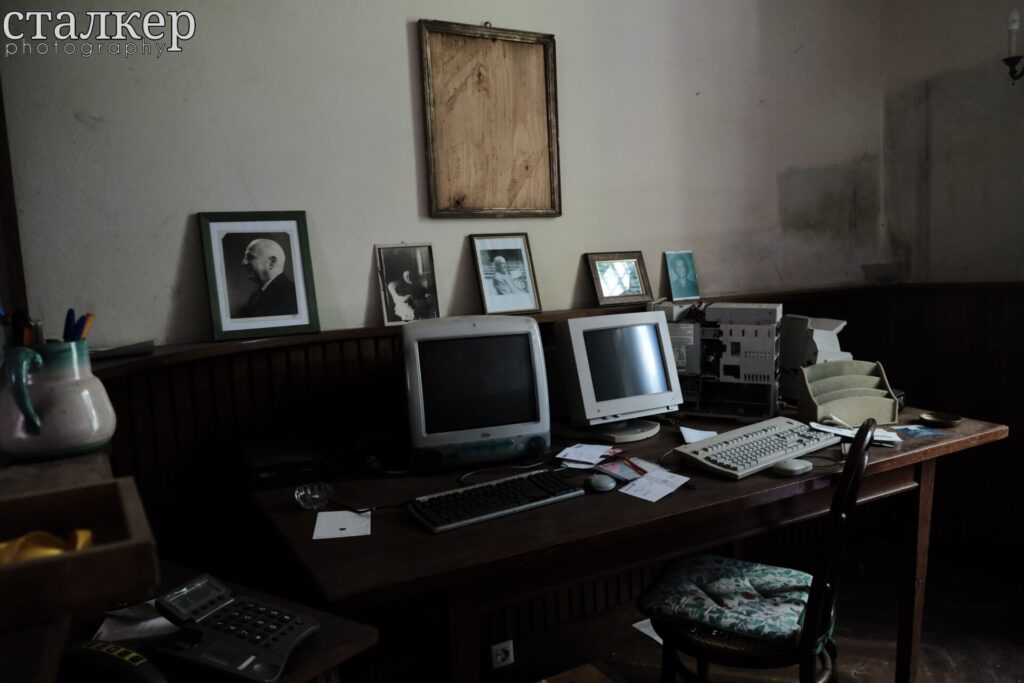 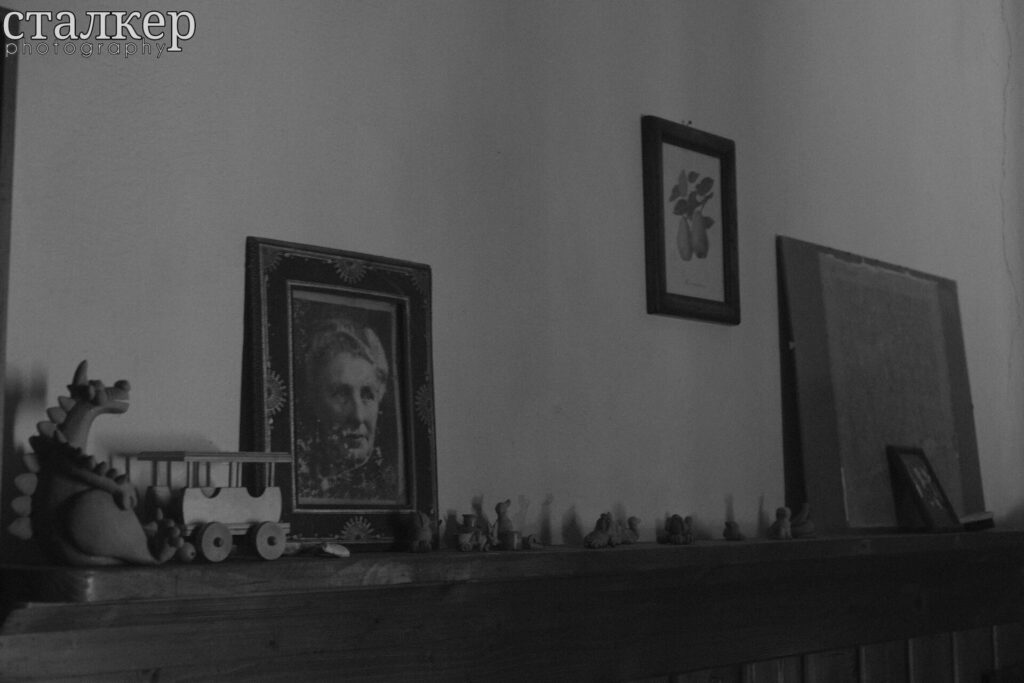 Ode to the Red Beech

In the park behind the villa stands a very elegant red beech tree, which has unfortunately been abused by many lovers seeking to eternalise their love. 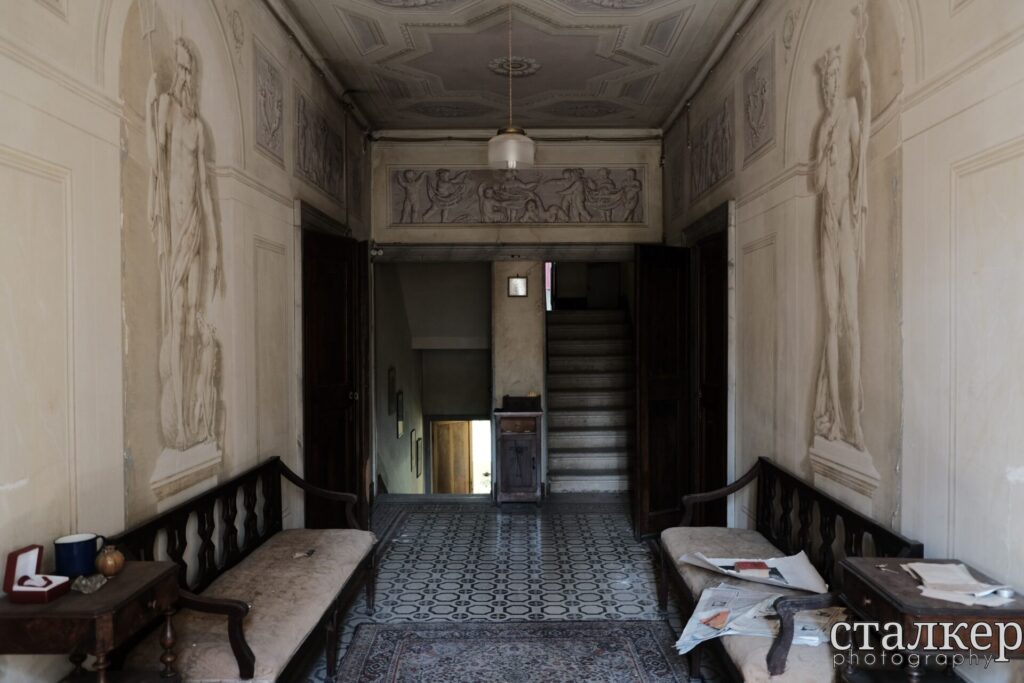 The Villa was built in 1832 by Pietro T. S. as a summer residence for a number of farm owners and their staff. Pietro, son of Marco. A S. (whom he did not have the opportunity to meet), a musician and composer, and Countess Laura R. (also a renowned pianist), continued the family tradition by becoming a musician himself, as well as a critic and Pygmalion. 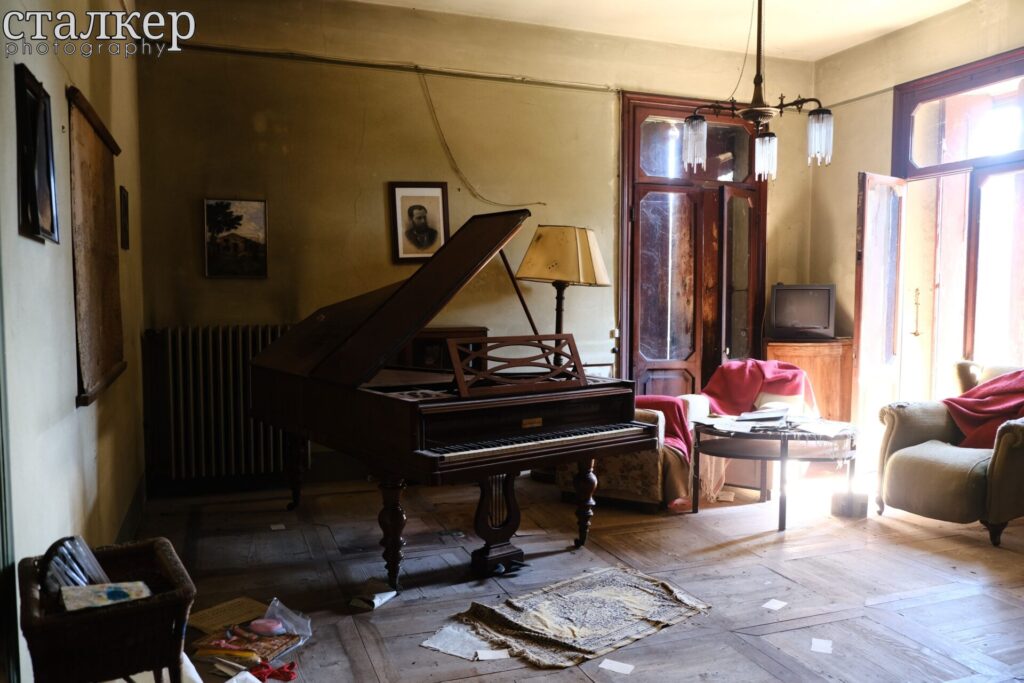 He formed associations (later mentioned in Bruno Brunelli Bonetti’s book), organised concerts, discussions and auditions that took place mostly in Padua in Prato della Valle or in Bassano in his mother’s house.
In the following decades, between 1860 and 1870, the estate became a resting station and a base for agricultural operations. 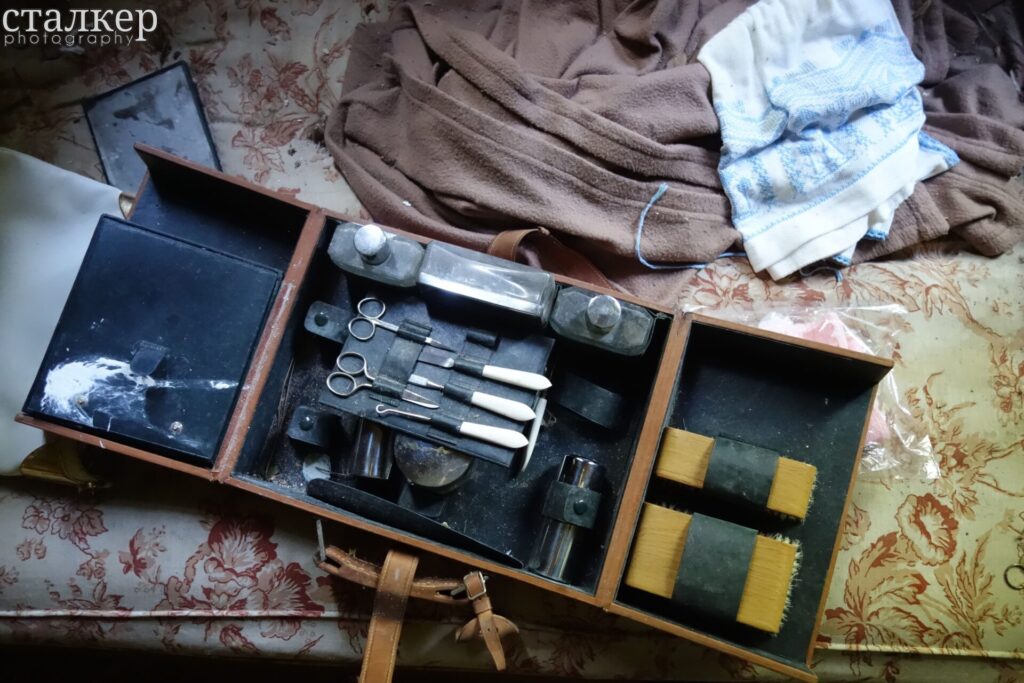 Count Ing. Camillo S., was born in Padua in 1857. The engineer completed work on the estate as well as acquiring an immense expanse of land suitable for agriculture (72 hectares) and rural houses. Agriculture became the primary source of income. 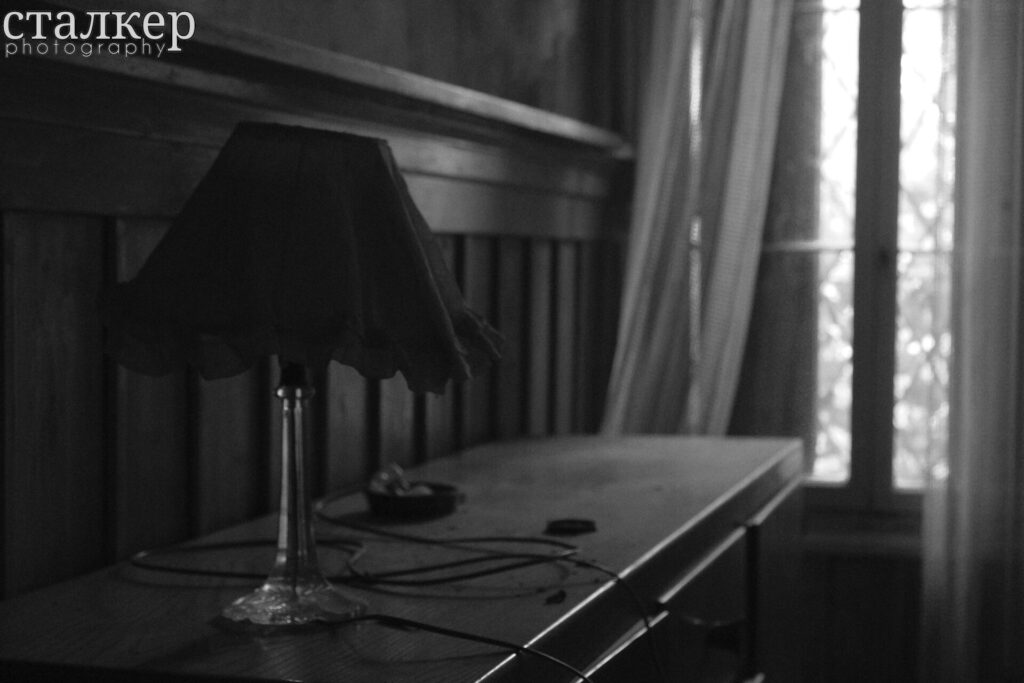 The purchase of the villa

The villa purchased was owned by a nobleman from Vicenza who, according to the legend, suddenly interrupted the building work, believing his lover no longer worthy of such a gift. In fact, the interiors and decorations in different parts of the villa are different both in date and style. 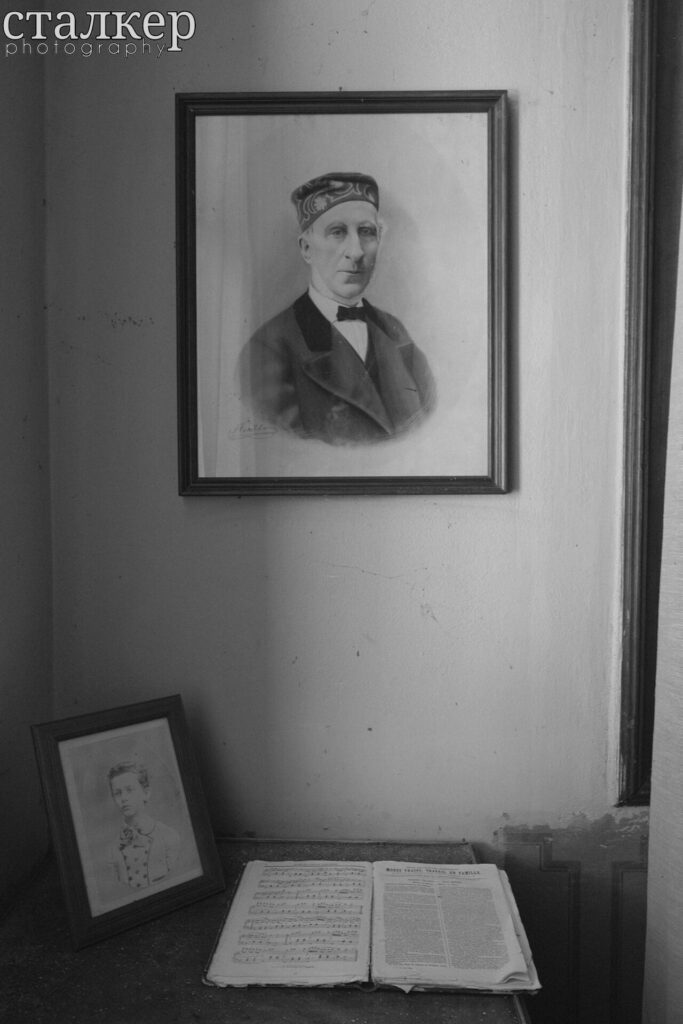 At the time of the purchase there was the two-storey body and the buildings used to house tools and farmers working for the lordship.
A second body constituted the service area.
Camillo S. completed several building works such as fountains and roads for the municipality where he lived. 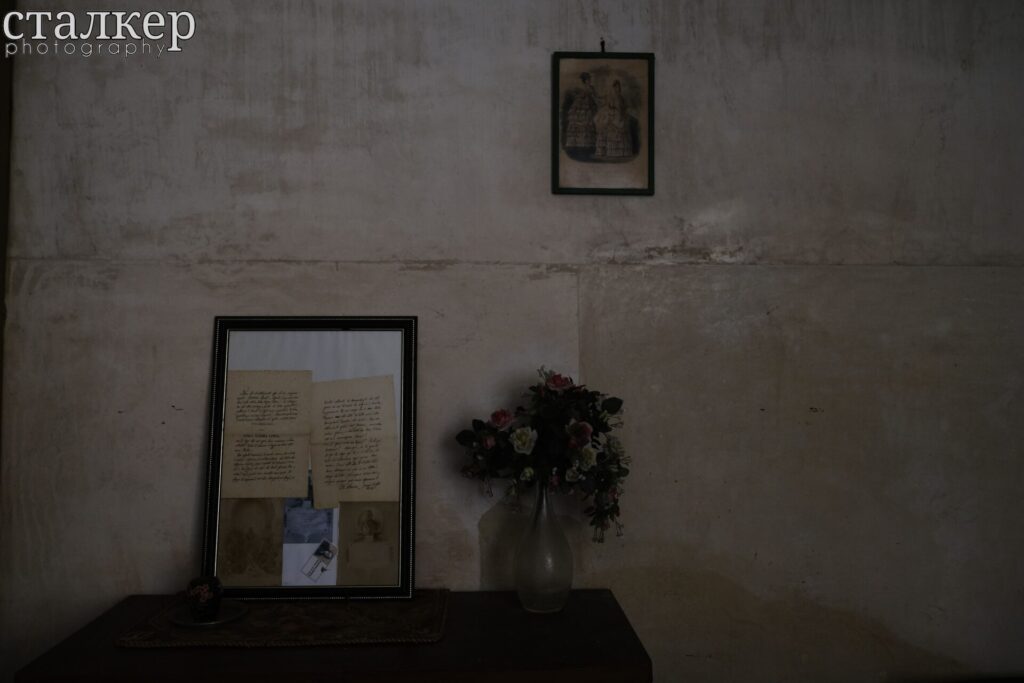 Thanks to Count Camillo M., a friend of the family (known as the Santolo), we still have notarial acts, wills and the life of the S. family.