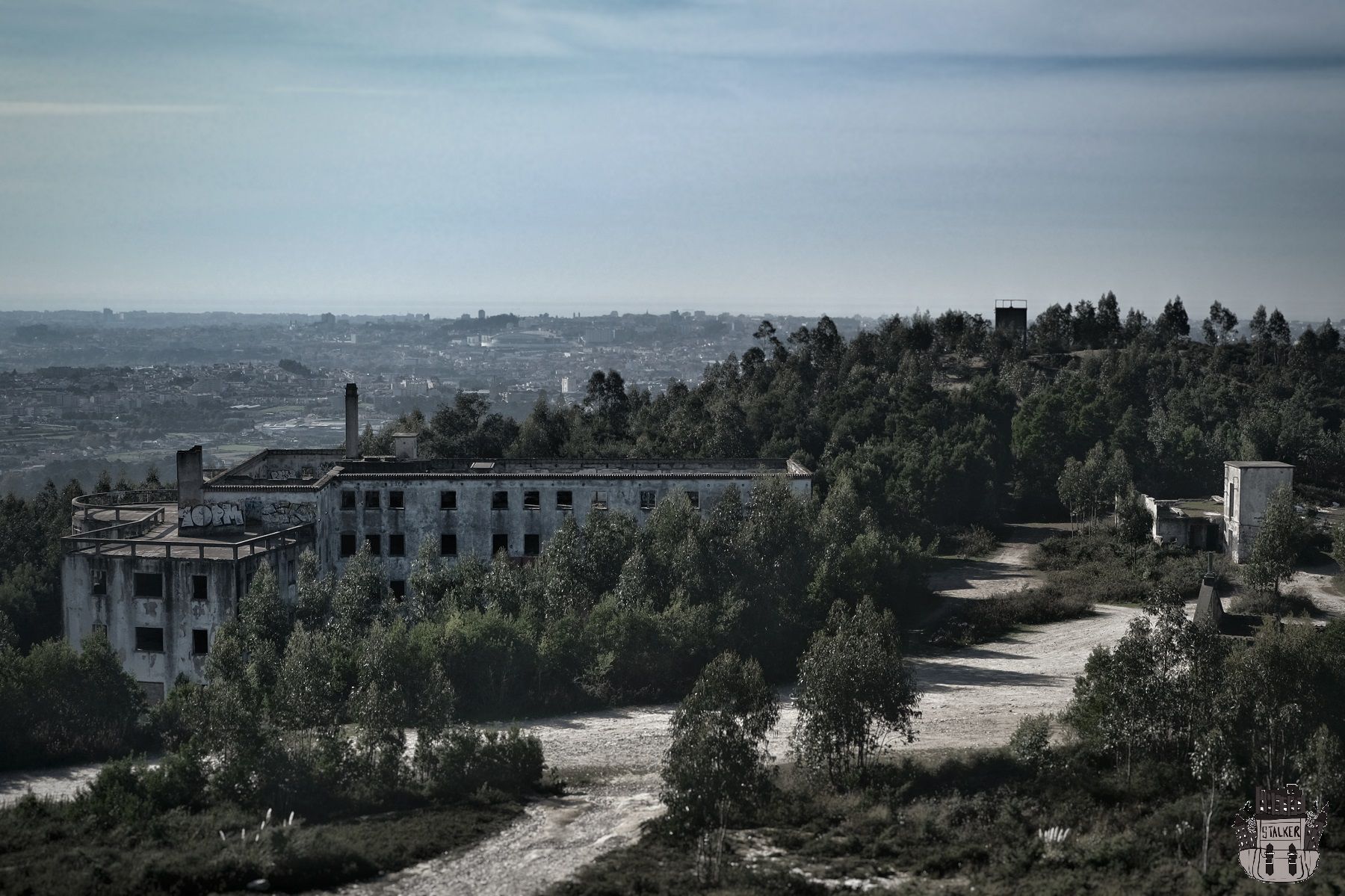 The Sanatório de Valongo, formerly known as Sanatório de Mont’alto, is located in the municipality of Gondomar, a 30-minute drive from Porto. It stands on land donated by the Sá family to Serra de Santa Justa.

The Sanatório de Valongo was founded in 1930 by Professor António Elísio Lopes Rodrigues, responsible for the foundation of the “Assistência aos Tuberculososos do Norte de Portugal” (ATNP) and was designed by the famous architect Júlio José de Britola.

The sanatorium was built when tuberculosis (one of the diseases with the highest mortality rate in Europe) was rampant throughout the continent. The purpose of these buildings was to treat and isolate patients in areas away from urban agglomerations.

The construction of the Mont’Alto Sanatorium began in 1932 during the Estado Novo, also known as the Second Portuguese Republic, and was not inaugurated until 1958 after 26 years of extensive work. These delays were mainly due to a lack of funding and investment.
Tuberculosis was controlled from the 1970s when it became more common to be hospitalised in outpatient clinics. Sanatoriums were no longer as important as places for treatment and rest, and the Mont’alto Sanatorium was gradually abandoned. By 1972, the sanatorium was already understaffed and in 1975 it was closed. After the 25 April Revolution, it was looted and vandalised mainly by left-wingers.

This unique building covers an area of 88,000 square metres (the equivalent of 9 football fields). The area around the Mont’Alto Sanatorium included several complexes. These included the school, the laundry, the church (accessed directly from inside), the chapel and a water tank.
The Sanatorium building was well equipped and had dozens of beds for the hospitalisation of a total of 200/300 patients and stood on five floors.

Redevelopment alternatives were long considered, including a psychiatric hospital and rest home to accommodate returnees from overseas.