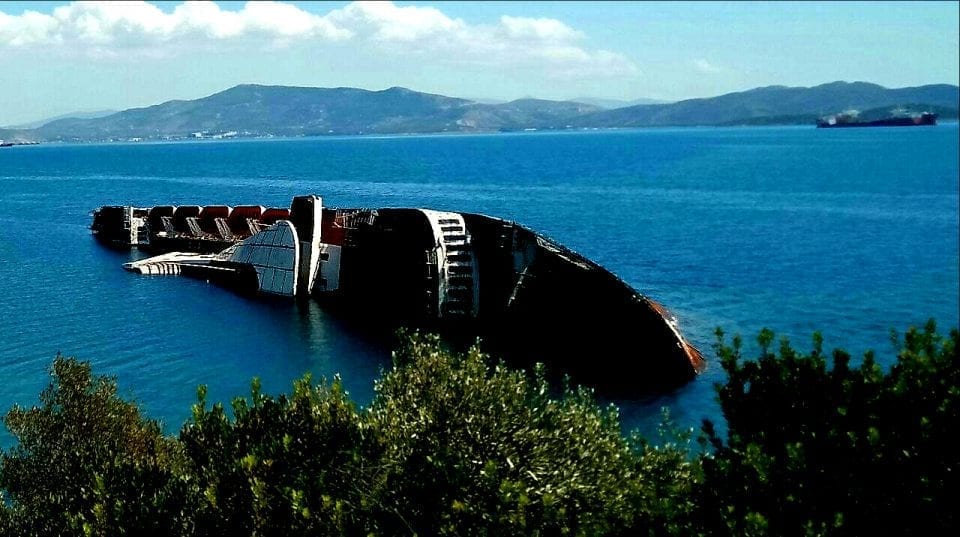 A sleeping wreck, in the crystalline waters of Greece, following an exploration is shaken and finally awakened by the deep sleep.

The wreck is in Greece, more precisely thirty miles from Athens in the bay of Eleusi. East to reach swimming, given the ridiculous distance from the coast. Being off-limits the area, sometimes you need to pay attention to the Coast Guard. 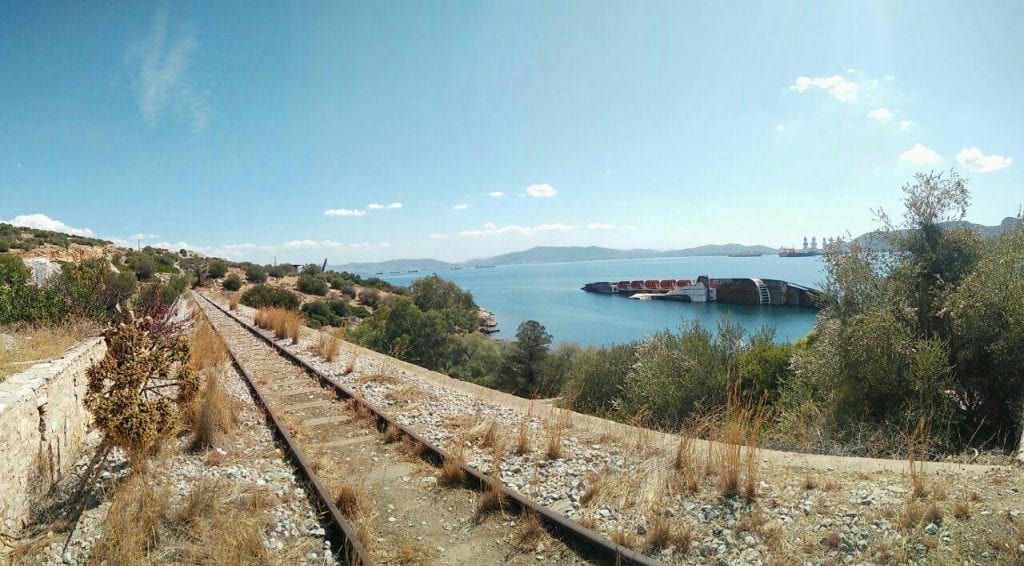 City of York was the third of a series of four twin ships, all destined to carry mixed cargo passengers between the United Kingdom and Africa. The City of Exeter was launched on July 7 1952 at the Vickers Armstrongs shipyard in Newcastle and put in service in May 1953 on the route London, Las Palmas, Cape Town, East London, Lourenço Marques (today’s Maputo) and Beira. In 1970, the increasing success of air transport made the connection by sea not more competitive, therefore later was suspended. In September 1971, the City of York was sold, in block with the twin sisters, to the Greek shipowner Karageorgis.

The City of York and the City of Exeter twin were transformed into passenger ferries, put in service in 1972 with the name “Mediterranean Sky” and “Mediterranean Sea” respectively on the Ancona-Patras line. Mediterranean Sky and the twin continued to operate in Italy-Greece connections until 1992 when, by now obsolete, stopped.

In 1995 the ship was used to transport US troops from Mogadishu to Mombasa. Subsequently, in 1996, the Mediterranean Sky was sold to Golden Cruises S.A., which put it into service from July 31, between Brindisi and Patras. However, the company almost immediately had economic difficulties and the ship was stopped after just two trips to Patras. In February 1999, the Mediterranean Sky was towed to Eleusi Bay, remaining in disarmament. In November 2002, the ship, which had boarded the water, leaned and was towed in shallow waters to avoid sinking. In January 2003, the ship fell to one side, but was not removed from its position, remaining semi-submerged with its forthcoming flank.

Crossed the small stretch of sea that separates the beach from the ship, we are going to climb on it. A layer of rust under our feet and an odor never felt before suddenly affects our smell: a probable blend between the windy air and the “ferrobacteries” grown on the ship. At some points on the boat – especially in the stern – you should be careful because could collapse everything from one moment to the next. Looking from above, the cockpit seems to be immersed in an aquarium, wherever there are fish, some of which are of considerable size. Cabins, however, are almost intact although, without ropes, you can not enter.

Leaving the wreck we notice that shortly after being landed on the beach, a helicopter flew for a few minutes up the ship and then, as if it were nothing, flies away.