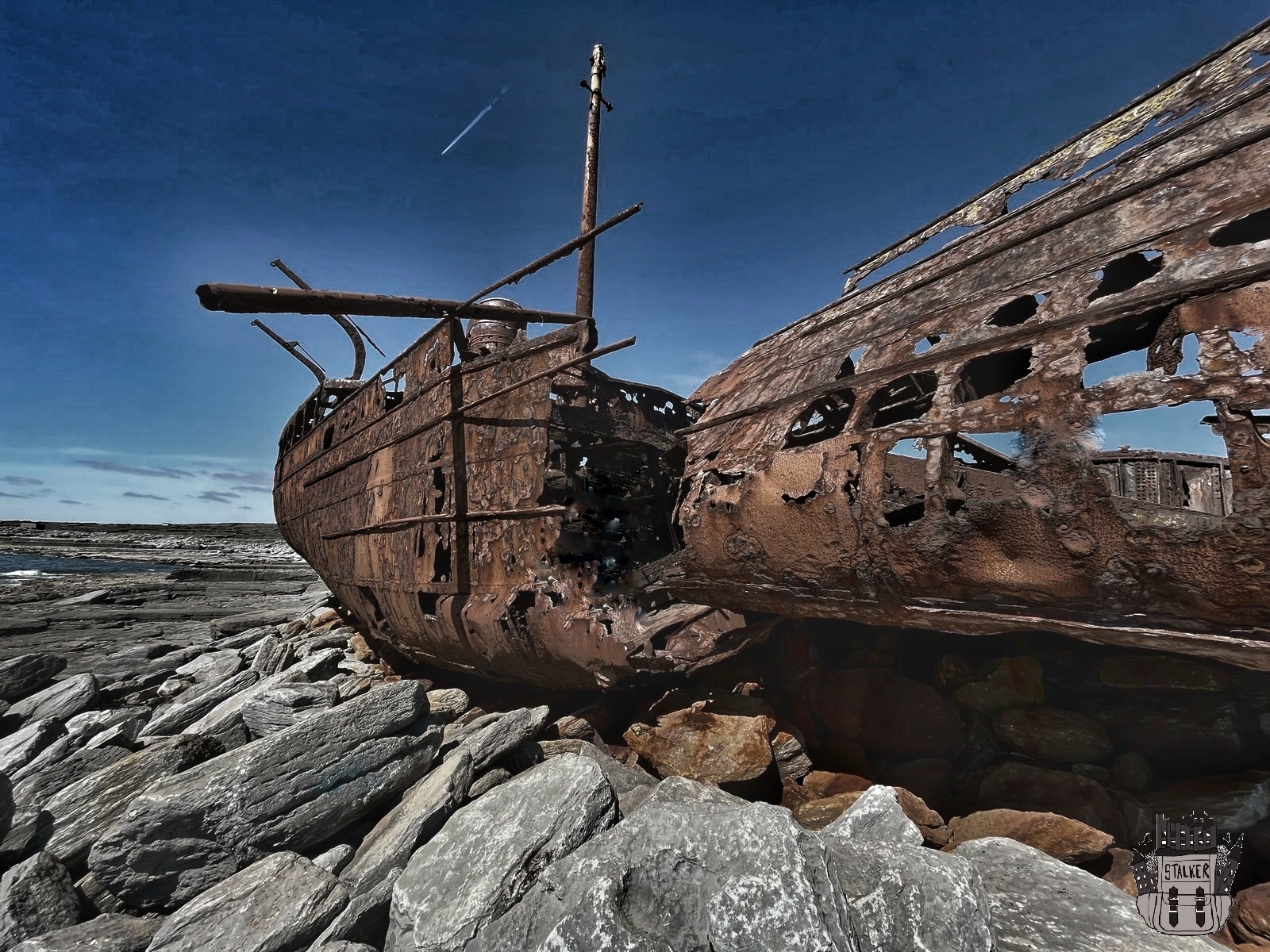 The MV Plassy, or Plassey, was an Irish merchant service cargo ship in service in the 1950s. It was built as HMS Juliet, a Royal Navy Shakespeare-class trawler at the beginning of World War II and sold to the merchant service at the end of the conflict.

The Juliet’s design came to life in Yorkshire at the start of the Second World War at the hands of Cook, Welton & Gemmell in Beverley. It was assembled in May 1939, inaugurated on 2 October 1940, and entered Royal Navy service on 20 March 1941 as a minesweeper. The Juliet sailed in national waters until November 1942, when it took part in Operation Torch, the major landing operation in Morocco and Algeria. Thereafter it operated in the Mediterranean. At the end of the Second World War the Juliet was no longer employed by the Royal Navy and in 1947 it was converted into a cargo ship and sold to the British merchant service as the Peterjon.

In 1951 it was purchased by the Limerick Steamship Company and renamed the Plassy, in honour of the Plassey area near Limerick, which in turn was named after Robert Clive (Baron Plassey), whose title was derived from the 1757 Battle of Plassey in India. Under the name Plassy (sometimes spelt Plassey) it operated around the coast of Ireland transporting goods until 1960, the year of the tragedy.

On 8 March 1960, as Captain Thomas Wilson and his crew steered the ship into Galway Bay with a cargo of whisky, stained glass and yarn, they were overwhelmed by a strong storm and ended up on Finnis Rock, Inisheer, Aran Islands. A group of local islanders, the Inisheer Rocket Crew, rescues the entire crew of eleven by using a breeches buoy; an event immortalised in a pictorial display at the National Maritime Museum in Dún Laoghaire. A few weeks later, a second storm manages to move the ship away from the rock to run it aground on the mainland.

The islanders salvaged what they could from the stormy sea, including many never-before-seen items such as biscuits, sweets, modern toilets and various parts of the ship that were brought home as souvenirs.

The wreck still lies on the coast and is a tourist attraction. It can be seen in the credits and foreshore of ‘Craggy Island‘ from the TV series Father Ted. For the first time since 1991, storm Christine managed to move the wreck onto the island’s coast in January 2014.

Are you interested in other abandoned shipwrecks? Here are our explorations in Russia, Morocco, Crimea, Thailand, Greece and Serbia.

"Prince Bagration"
The Ekranoplane of Derbent, legend of the Caspian Sea
Catacombs of Paris - Museum