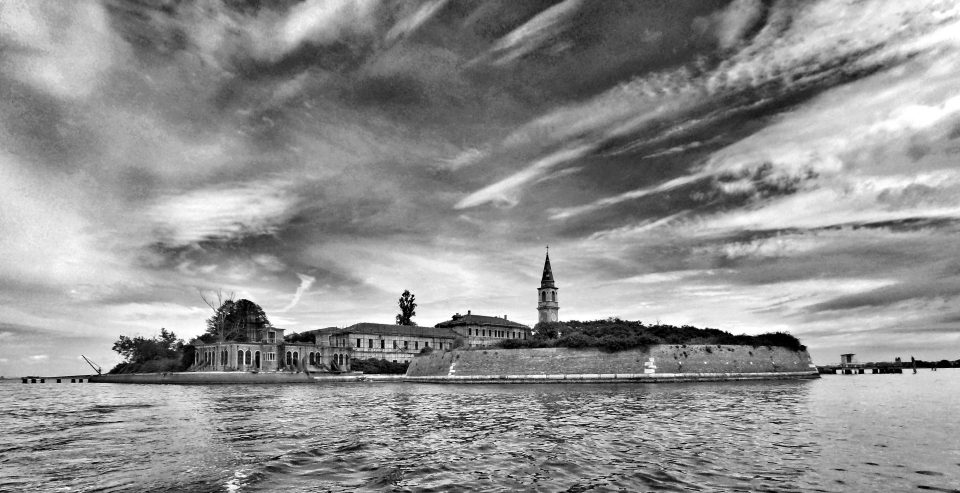 Poveglia is an island in the Venetian Lagoon situated in the south, facing Malamocco along the Orfano Canal, which connects Malamocco’s port with Venice. To reach it you must be equipped with a boat. In fact, only from the Lido of Venice are 5 km, which in a simple motorboat is translated into half an hour one way (it all depends also on the tides).

If you do not know someone of the place then you will have to be willing to pay two 100 dollar bills, as the Venetians do not hold back when talking about doing business. In this way you will rent both a boat and a driver. A second alternative is to rent canoes for about twenty euros each, departing from Fusina. In this last case the duration of the trip will obviously be longer. 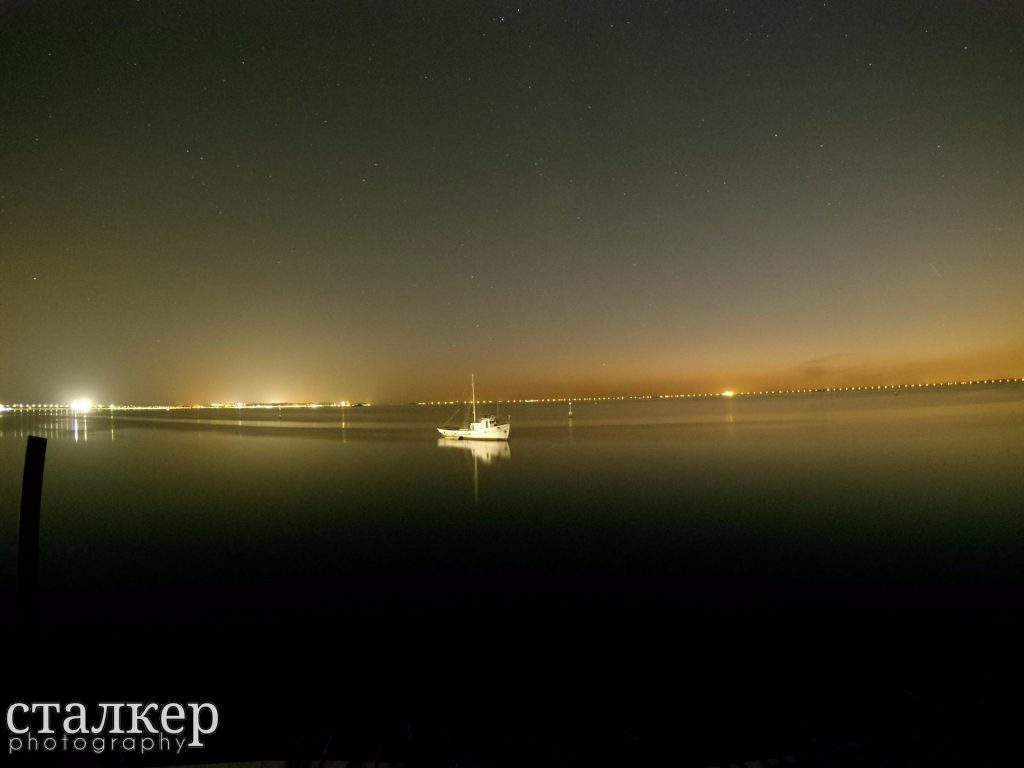 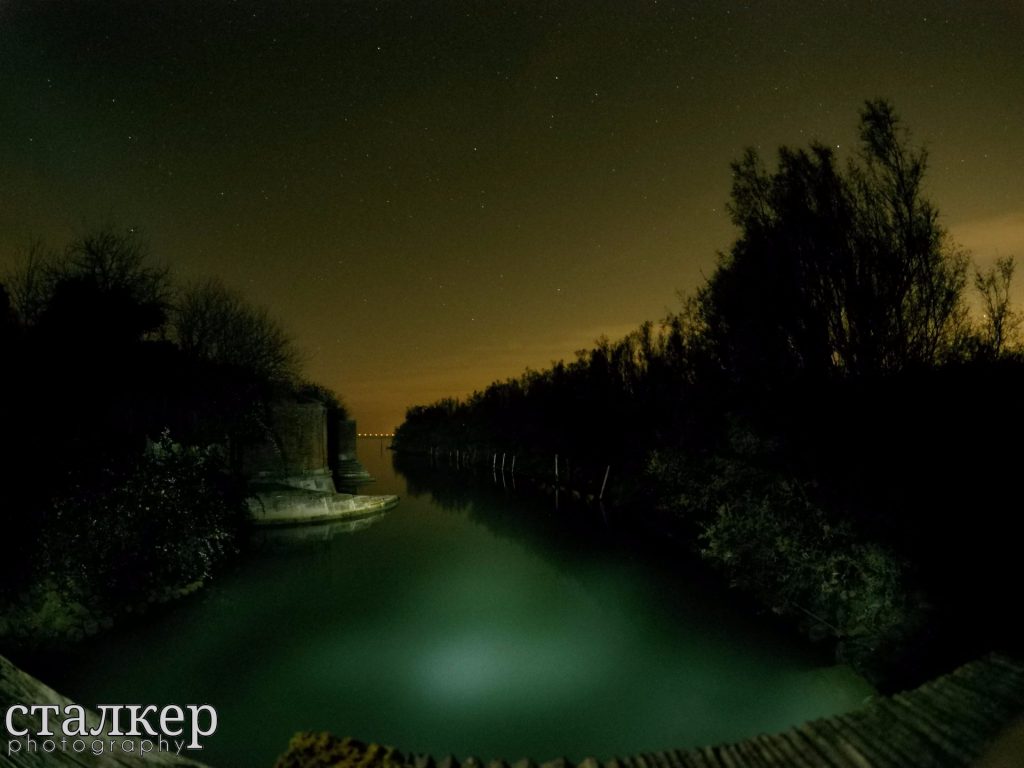 In ancient times it was called Popilia, probably because of its vegetation or in relation to the nearby via Popilia-Annia. Following the Lombard invasion of the sixth century it became one of the centers of resettlement of the people fleeing towards the coasts. Between 809 and 810 the center effectively contributed to the resistance of Metamauco, besieged by the Franks. In 864 the families of the 200 faithful servants of Pietro Tradonico settled there. Poveglia was a flourishing center, both from an economic and demographic point of view, engaged in fishing and its subsequent salinization. 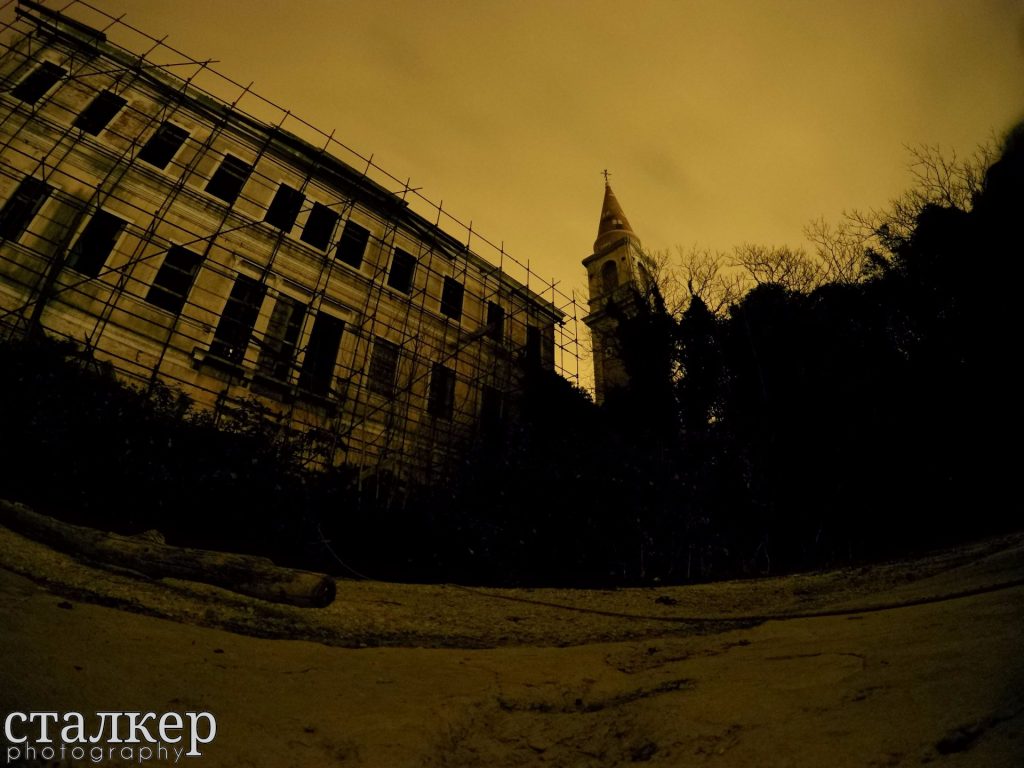 The decadence of Poveglia coincided with the war of Chioggia when it was decided to evacuate its population in Venice. Despite the construction of a fortification (octagon Poveglia), the island was anyway occupied by the Genoese admiral Pietro Doria who from here bombed the monastery of Santo Spirito. At the end of the conflict Poveglia was completely devastated and its inhabitants, originally several hundred, were reduced to a few tens.

Later it was decided to exploit its proximity to the port of Malamocco (then the only access to the lagoon suitable for large ships), used as a station for the storage and stopping of boats and for the storage of on-board equipment. 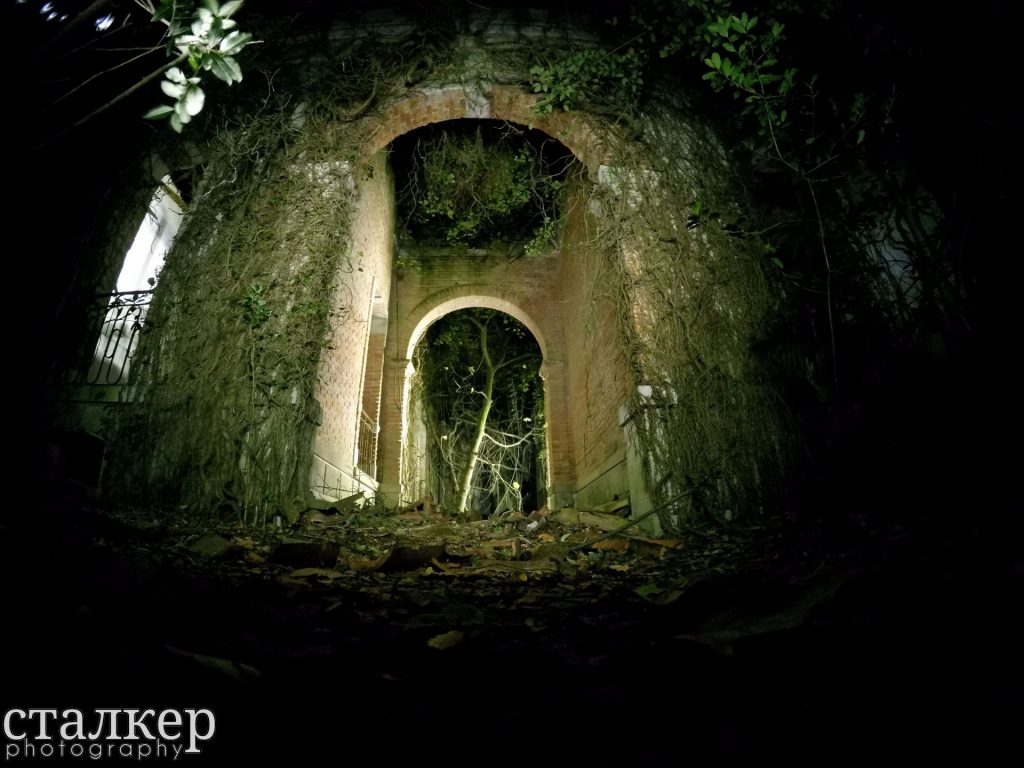 Later its functions were increasingly oriented towards health purposes: assigned to the Magistrate of Health, from 1782 its structures served to control men and goods and, if necessary, from lazaretto (the islands of Lazzaretto Vecchio and Lazzaretto Nuovo became inadequate).

On two occasions, in 1793 and 1798, it hosted the crews of two sickly plague vessels. The bodies were brought to the island and then incinerated and buried in a mass grave. Then this also spread to the simple infected and the island of Poveglia became a quarantine area, which claimed contaminated and not. Thousands of men, women, children and the elderly died slowly consumed by the disease. Even today, in the depths of Poveglia, it is possible to find the skeletons of those who died because of the plague.

Geriatric convalescent and the abandonment

It maintained the functions of a station for the marine quarantine throughout the nineteenth century and until after the Second World War. In the last period the buildings were partly used as a geriatric convalescent, but since 1968 this use was also abandoned and the island was sold to the State. 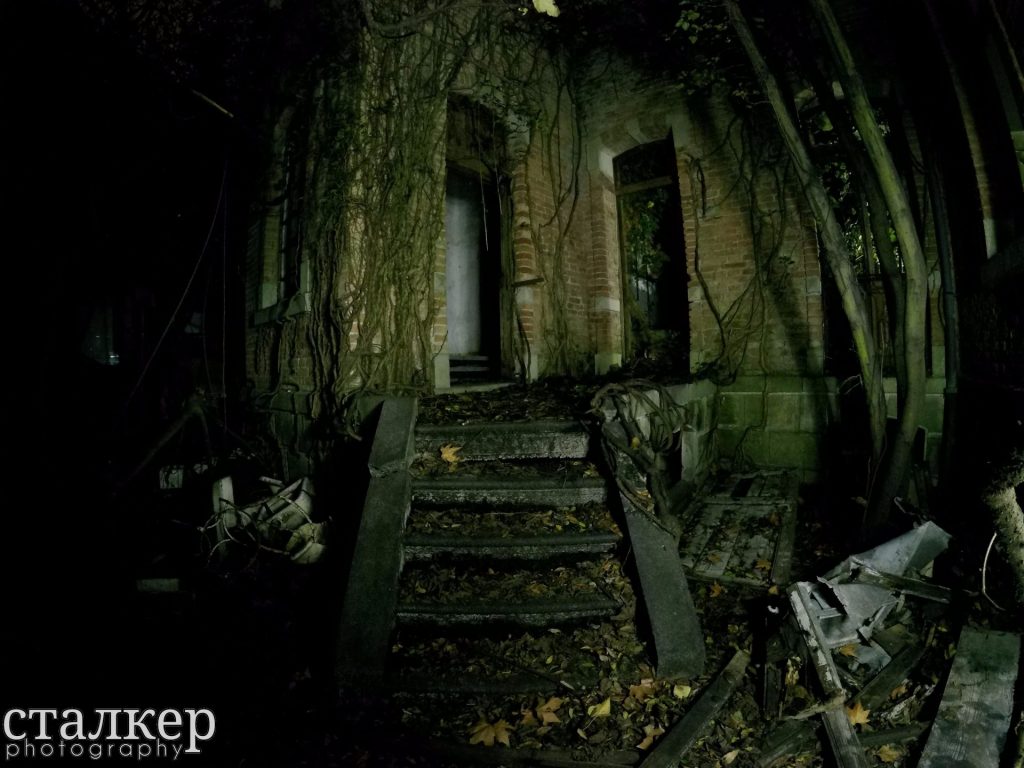 In the years of Mala del Brenta (criminal organization born in Veneto around the seventies and later extended in the rest of north-eastern Italy) there were many criminal activities in the islands of the Venetian lagoon and in this case in Poveglia. The latter was used as a hideout by Felice Maniero and his affiliates.

On March 6, 2014, the Agenzia del Demanio places the island in a list of goods in a “public invitation to offer.” May 13, 2014, the day of the raises of the public invitation to offer for Poveglia del Demanio, Luigi Brugnaro, patron of Umana, has made the best offer of € 513 000. The Demanio Commission has however considered incongruous the offer and the entrepreneur, as a result, has opposed this decision announcing its appeal to the TAR. 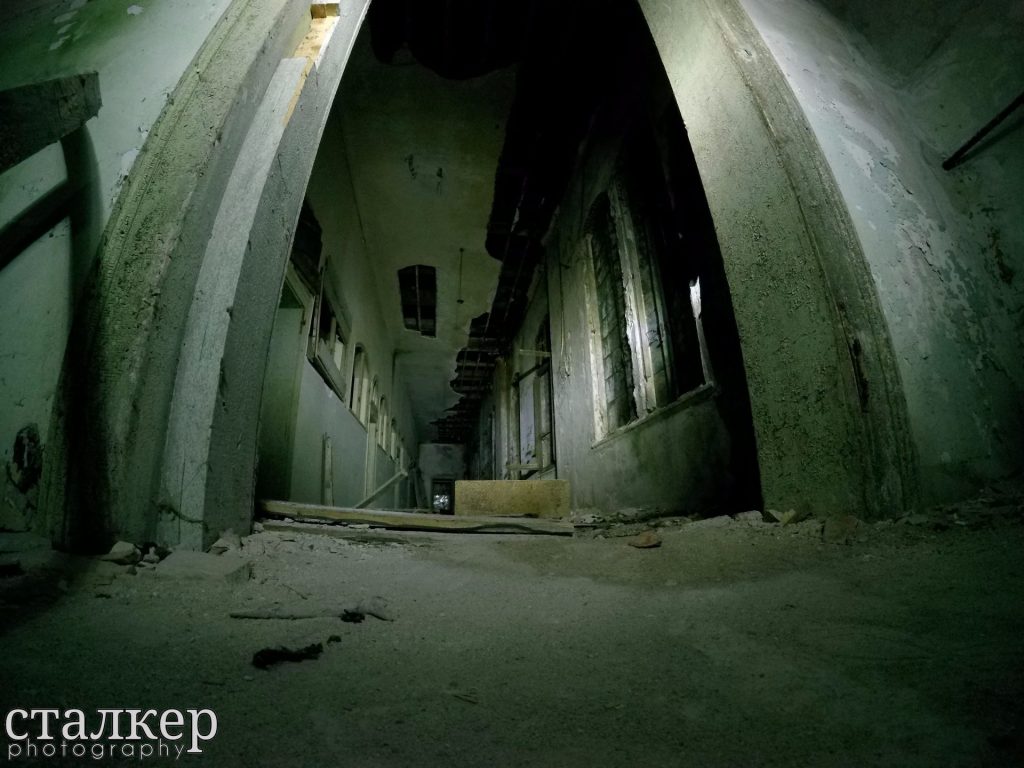 Poviglia Asylum and its Legends

In 1922 building was built as a clinic for mentally ill people, so a real asylum. All this does not have many practical results, except for some stories of the internees and what is engraved on the walls of a building: “psychiatry department“. In fact, in the Venetian archives, the Poveglia asylum is passed through a simple retirement home, hiding its real function. 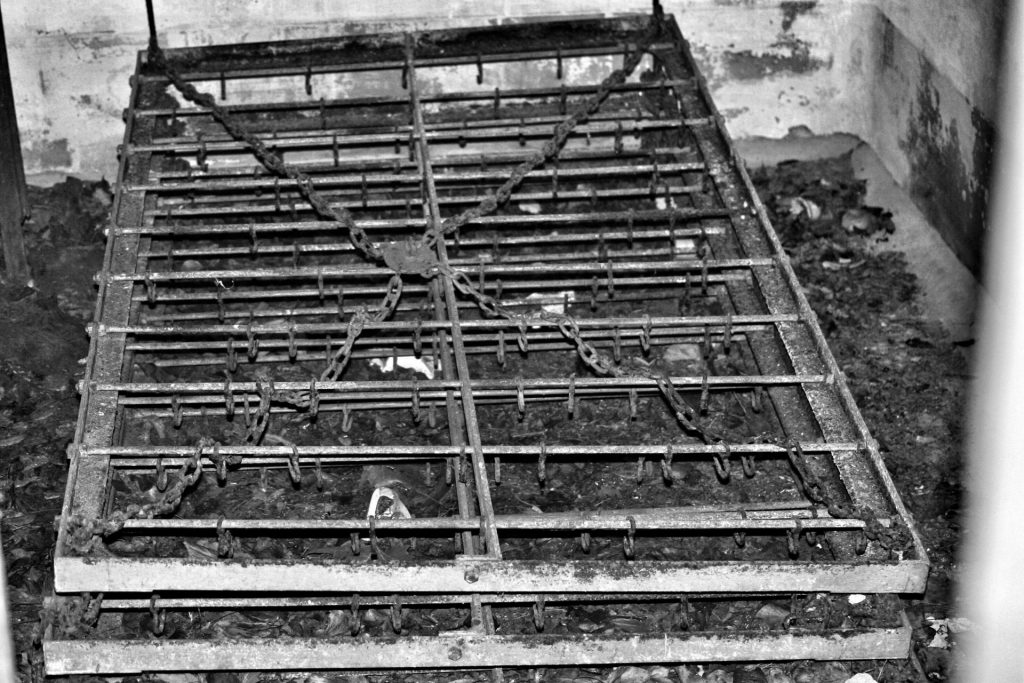 During all its years of activity there is a peak of paranormal events and ghost sightings. In fact, it seemed that the patients had risen from the souls of the dead of plague and that in those periods the requests for transfer to other centers arrived at the director’s desk were numerous. 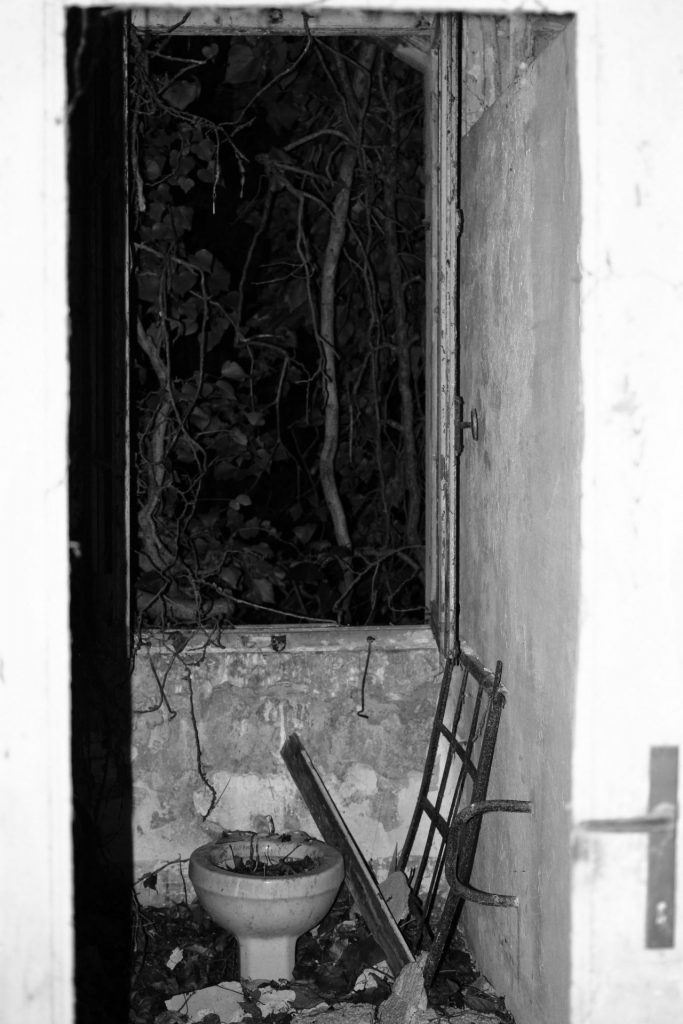 Tales talk about a sadistic lobotomizer director, ready to use these newcomers as laboratory guinea pigs for his experiments. The methods used in the asylum were considered coercive and violent, with atrocious and cruel doctors against the patients. The legend ends with his death: tormented in turn by the spirits of Poveglia, as happened for patients under treatment, the man went mad and committed suicide by throwing himself from the bell tower of the island. A nurse who had witnessed the incident said that he did not die with the impact on the ground, but suffocated by a strange mist that had spread from the ground into his body, leaving him lifeless. After 24 years, in 1946, the asylum is permanently closed.

In the sixties a wealthy family bought it and settled there, to then get rid of it after a few months from the purchase, also terrorized by the spirits of the sick of plague (find yourself in a common grave in the middle of the vineyard must not have been a ‘ pleasant experience). Recently the parapsychologists of the TV series “ghost adventures” have shot an episode on the island of Poveglia.

After a thousand unforeseen events, at 6 pm we finally manage to sail from the Venice Lido, when the sun has already set and the darkness envelops the lagoon. We make our way through the use of a torch, illuminating the little that is before us. Because of the tide we have to follow the longer route, instead of cutting the road and putting half the time.

The cold, the splashes of water and the waves generated by the big boats put a strain on our bodies and minds. In addition to all this you have to pay close attention to the “bricole” (wooden poles that indicate the way to follow and show how high the tide is) as many are in very bad condition and not visible if not closely. In fact it often happens to find boats stranded on the bottom of the lagoon where the water level can reach 10 cm. 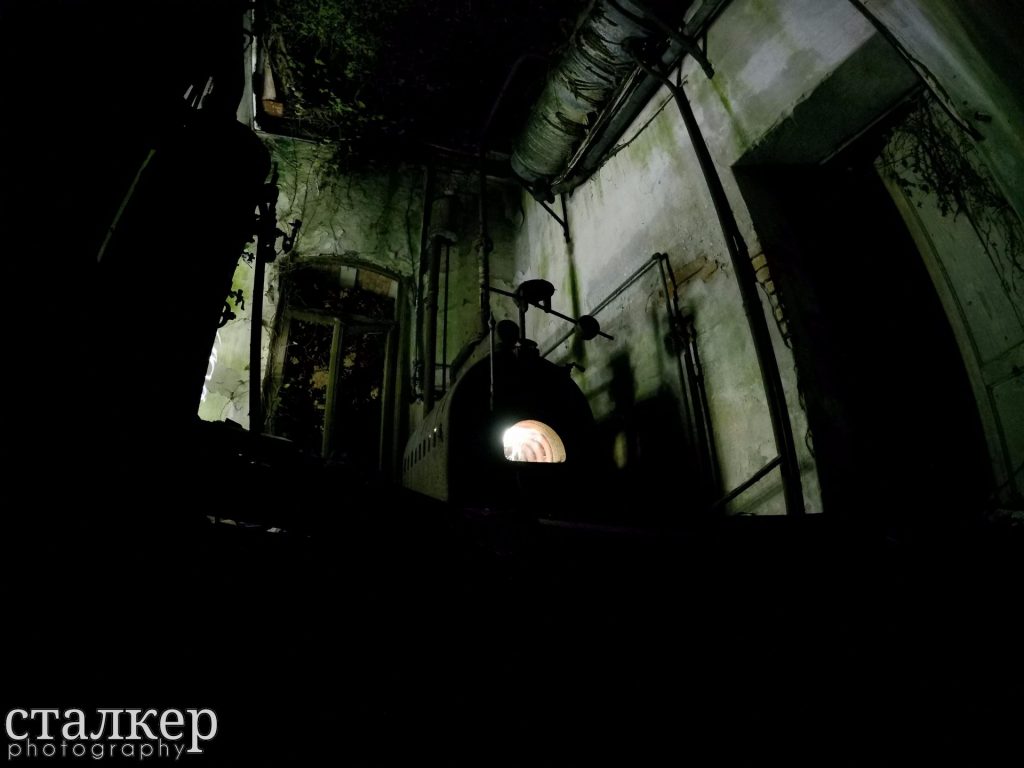 Another curious fact is that, when the tide is very low, it is possible to take the route Isola San Spirito – Poveglia on foot. Years ago, when the Island of San Spirito hosted many stray dogs, it was possible to see the latter slowly cross the stretch of sea (of land in this case) that divided the two islands.

We pass the island of the Armenians, the old lazzareto and the sports field to be in front of Poveglia after 35 minutes. We berth near the bell tower, in a channel that is more comfortable and easy for us to then go back to the ground. 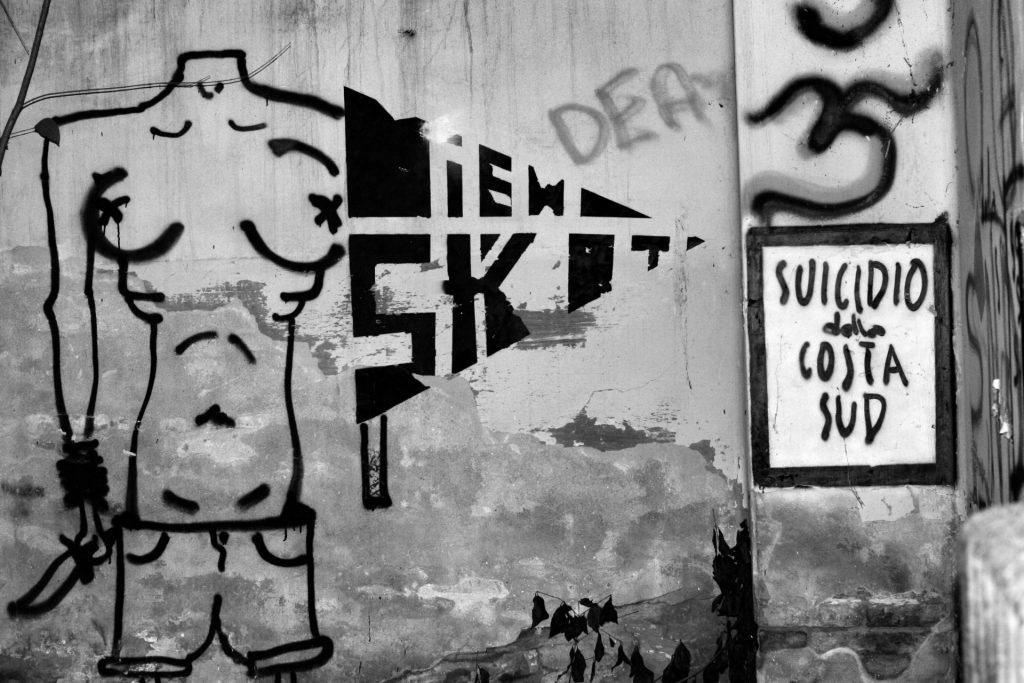 The island presents itself to us as majestic as it is mysterious explorers, despite the miles of people and visitors who come to see it every year. Ghost hunters, historians, urbexers, young kids, vandals … anyone is interested (in one way or another) in the beauty of this “abandoned” island.

Once we land on this cursed land, we immediately catapult ourselves into the first building that we are facing. Everywhere rubble: breaches in the walls and collapsed stairs, destroyed furniture and beds thrown out of the windows, graffiti that as a patina covers the walls of a white faded by time. The vandals spared nothing. 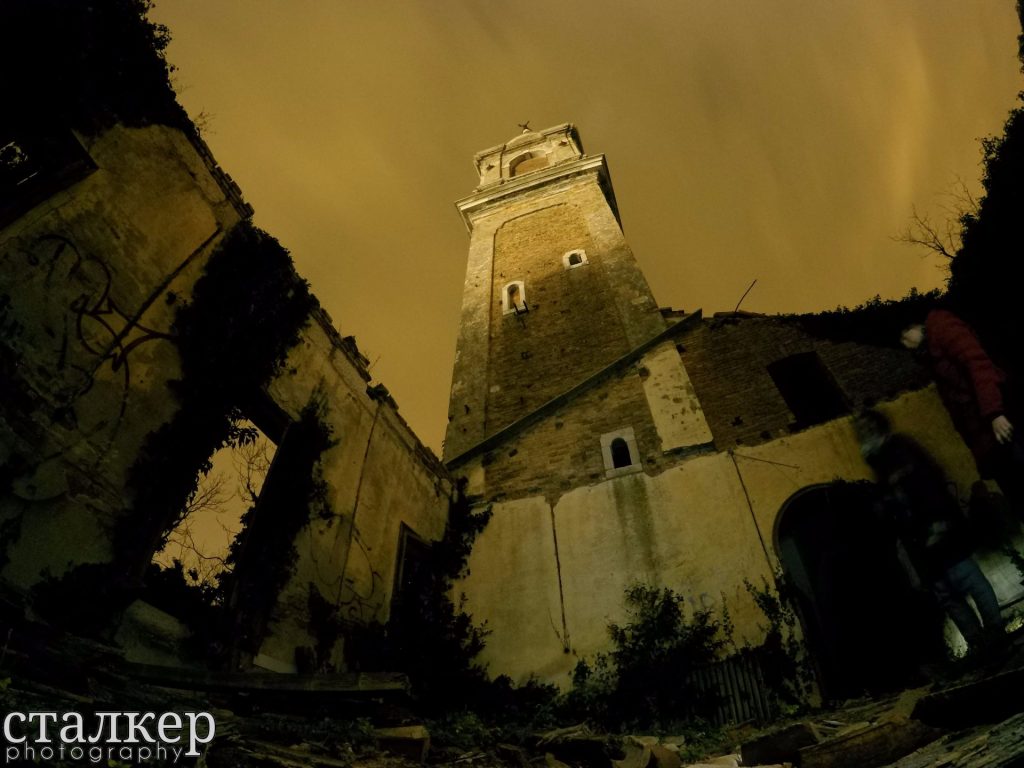 In exploring, we must be very careful as everywhere holes and cracks in the floors nest. We turn around, we cross the door jamb and here is a profound hole deep few meters. We are obliged to hover over the only piece of slab that survived the collapse, trying to stay as close to the wall as possible. The bell tower is shown in front of us in all its height. Further up the starry sky, and the moon that illuminates the tip of the bell tower with its faint light.

From above we venture downwards, touching the ground where thousands of sick people suffering from the plague died. We pass through brambles, in the middle of what looks like a jungle, with trees that intertwine with each other, creating strange shapes, almost as if they wanted to talk. The kitchens are just after this maze. Only the skeletons of what was originally this place presents itself to us young visitors. 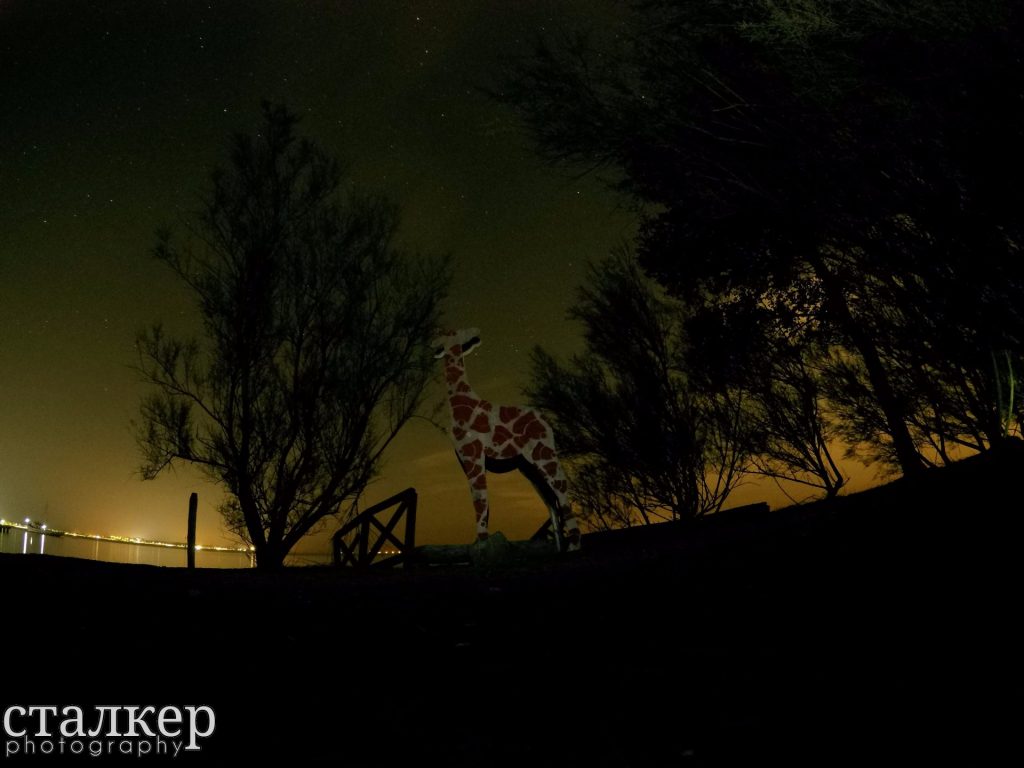 Climbing the spiral stairs again, we run into the tower where legend says that the doctor and director of the Poveglia asylum committed suicide. The air becomes more rarefied. We stop to have dinner with sandwiches and rice salad, all bought previously at the Lido in a quite expensive way. 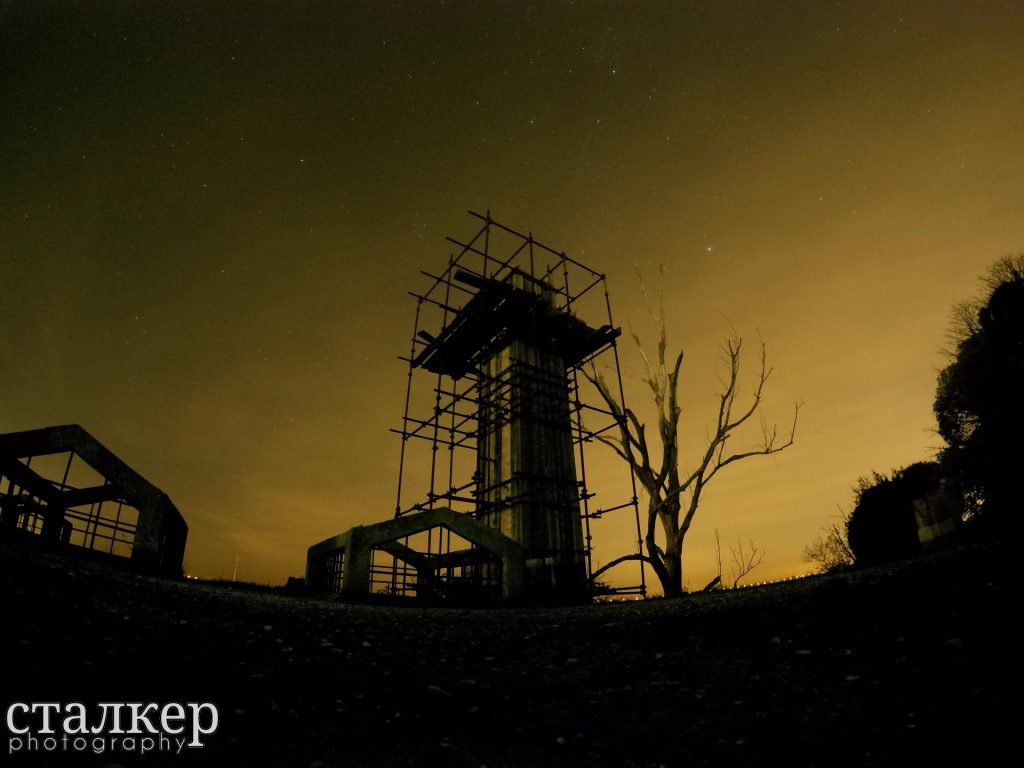 After that we move to reach the outer perimeter of the island, passing over wooden poles and fishing nets, illuminated by the lights coming from the Lido. After a hundred meters we go back into the “forest”, coming across a plaque that quotes in Latin.

A warning that we followed to the letter. A narrow and treacherous path leads us to the other side of the island where, after crossing a wooden bridge, we hear some voices. We see a boat not far away that has moored and still warm embers on the ground. For fear that something may happen to our boat we hasten to return at a fast pace. Cross the island again and after 10 minutes we are back to the starting point, with our small boat in perfect condition. 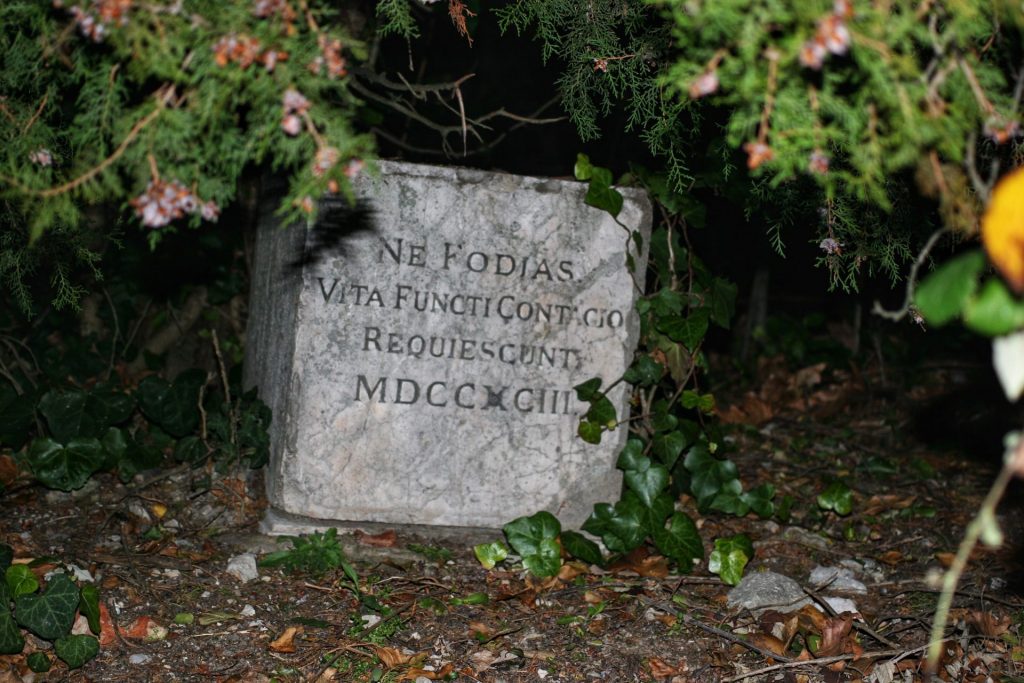 After a while, other guys with a motorboat pass by, asking us what is the best point to moor, if there is someone else on the island and if we have witnessed some strange presence. We kindly answer.

Here with the cold and at 11pm we leave Poveglia, an island that certainly has its own charm, generated by the legends that circulate and its history, fruit of hundreds of years.

*I would like to thank ‘Emmanuel Goldestain’ for giving me some of his beautiful photos of Poveglia and for transporting me to the island.