When we arrived in Bangkok, we were like two fish pulled out of the water. After Siberia everything was different – heat, smells, colors, noises. But at least now it became much easier to visit abandoned places, the hands do not freeze after taking pictures and the feet do not cry from the cold!

So, soon after arriving in the capital of Thailand – Bangkok, we went to explore an abandoned shopping mall, made famous by photos of thousands of goldfish swimming peacefully inside the flooded basement. 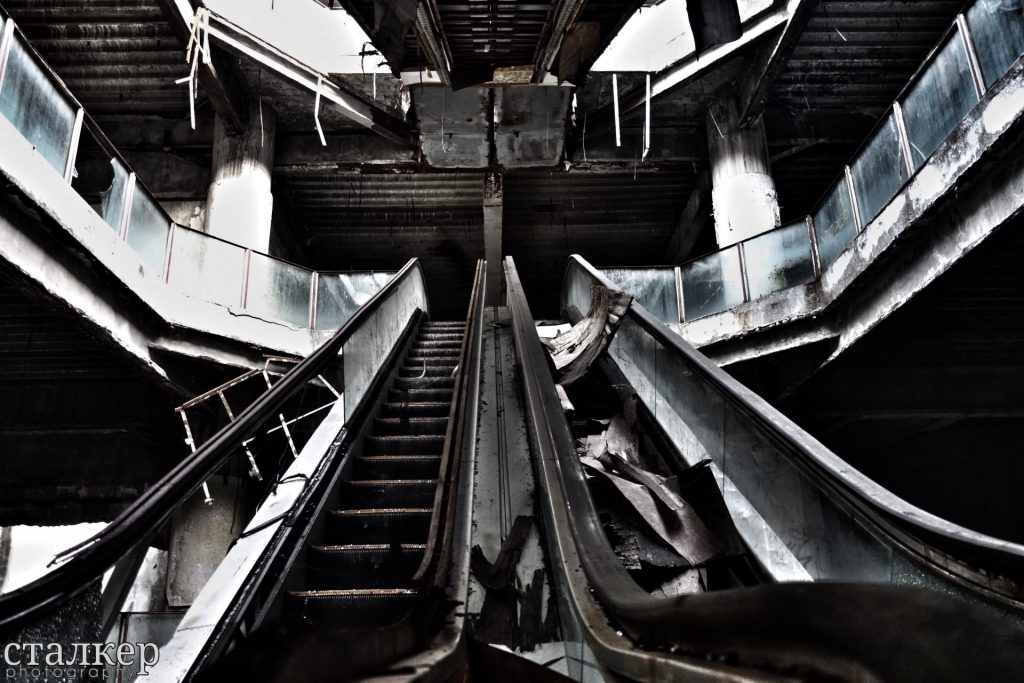 The shopping center is not so easy to identify from the outside, you really need to know where it is. Around there are hundreds of small merchants, hostels, shops, as if there is no abandoned building behind. 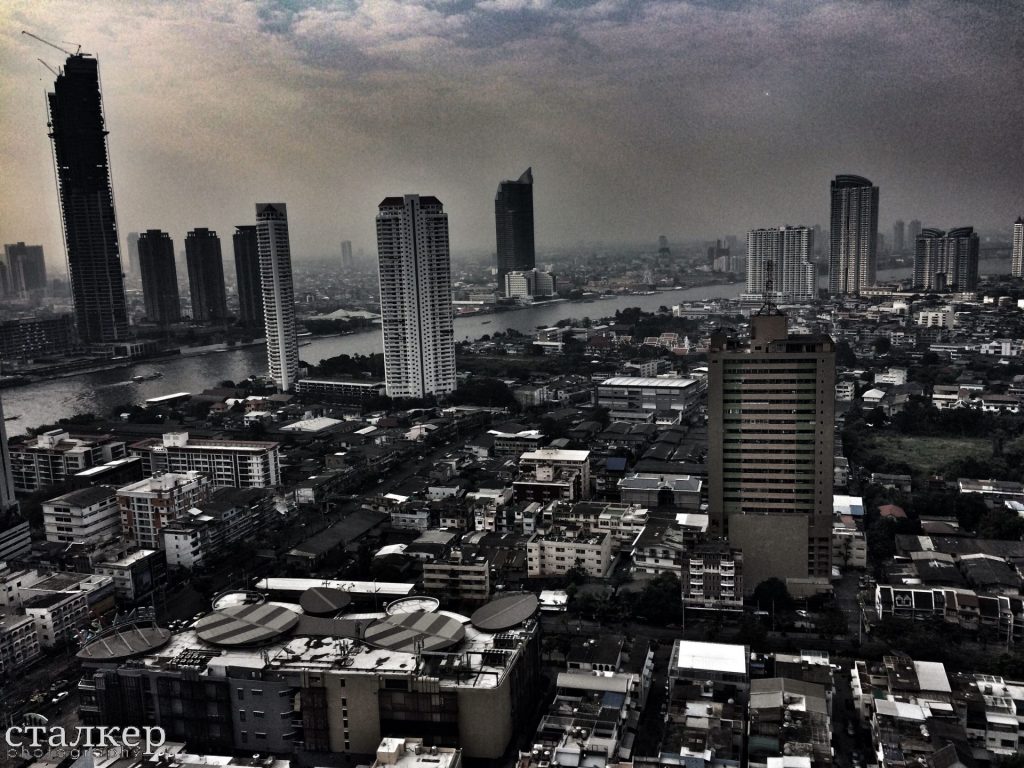 First you have to find the junction of Phra Sumen Road and Chakrabongse Road, where you will notice two huge iron plates, with which the city authorities have closed the building. You have to enter the mall from the back, reaching Kraisi Road. You will find a huge car park on this road, go behind the building and there you will see the abandoned shopping centre. To enter it you can climb a tree.

The ‘New World’ shopping centre was erected in 1982 and after 15 years came to an end. The 11-storey building did not meet the requirements of the city administration.

The Thais also opposed the 11-storey building. They regarded the shopping centre as an insult to the Grand Palace (which had served as the residence for the kings of Thailand since 1782). Therefore the top floors were demolished and only four remained. 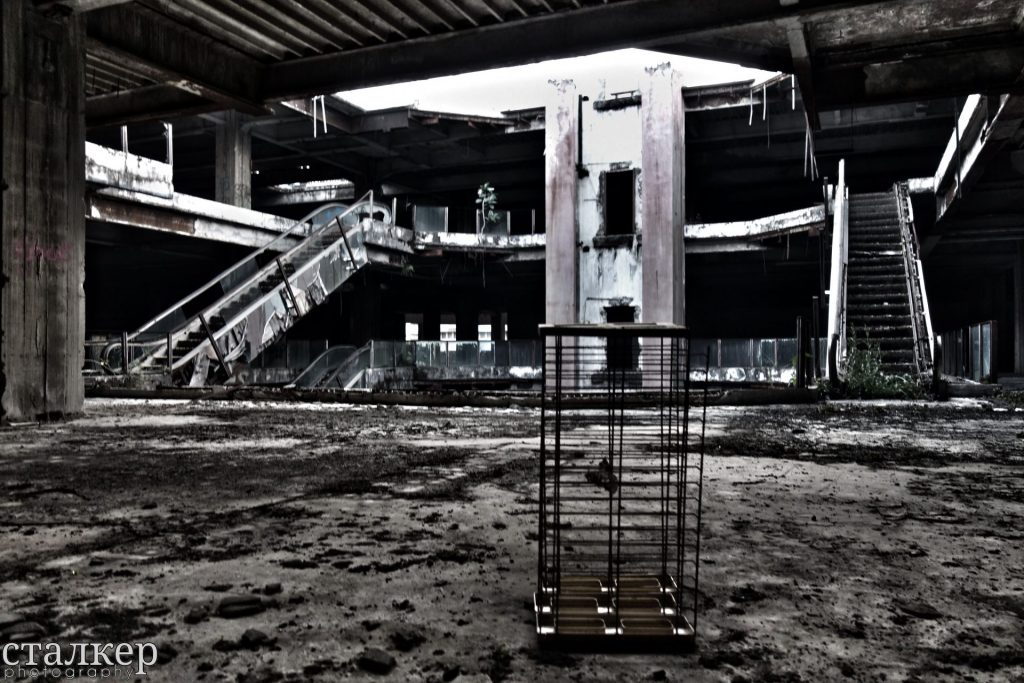 In 1999, a fire broke out in the mall, destroying the roof, and since then rains began to flood the abandoned skeleton. This led to the appearance of mosquitoes, lots of mosquitoes, which began to annoy local residents. They decided to release fish in this underground aquarium: exotic koi carp, goldfish and several species of tilapia.

The fish ate mosquitoes and in the beginning a small habitat of their own began to develop and before long their numbers reached 100 thousand. A natural ecosystem had been created.

Since then, the mall has become a tourist attraction, and the fish have appeared in many tourist photos. The first was the photographer Jesse Rockwell, whose photos spread across the Internet (and which you have probably also seen).
Tourists and locals regularly came to feed the animals. But it all ended when the government decided to catch all the fish and release them into other pools. 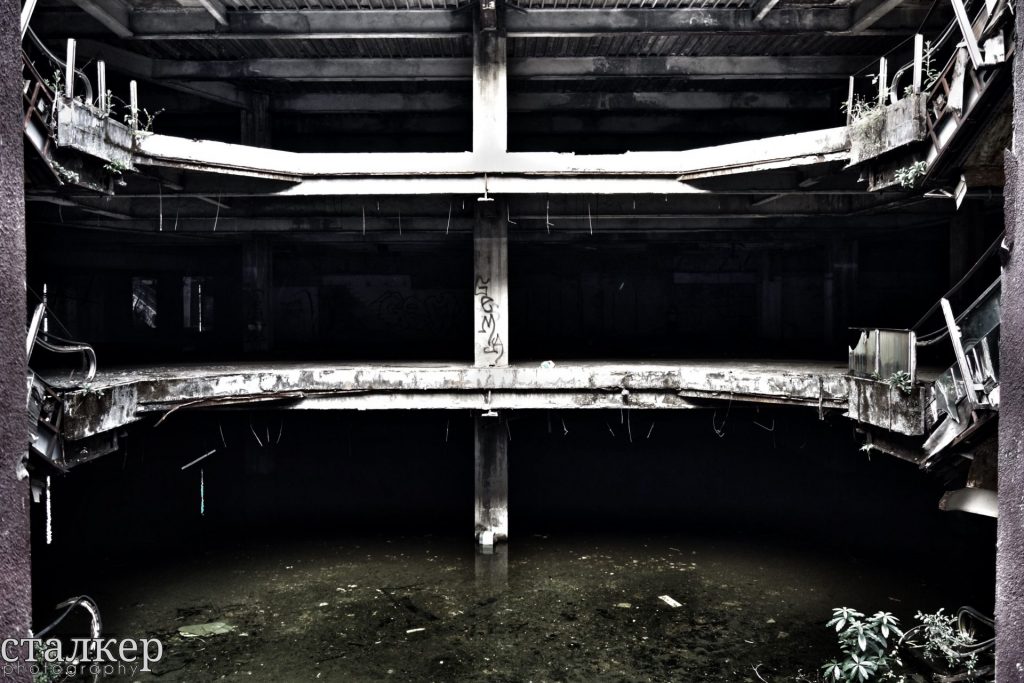 We came here shortly before sunset, having read on the Internet that the most beautiful pictures are obtained at this time. Nothing like that.

We quickly climbed the tree and descended into the dark depths of the shopping center. 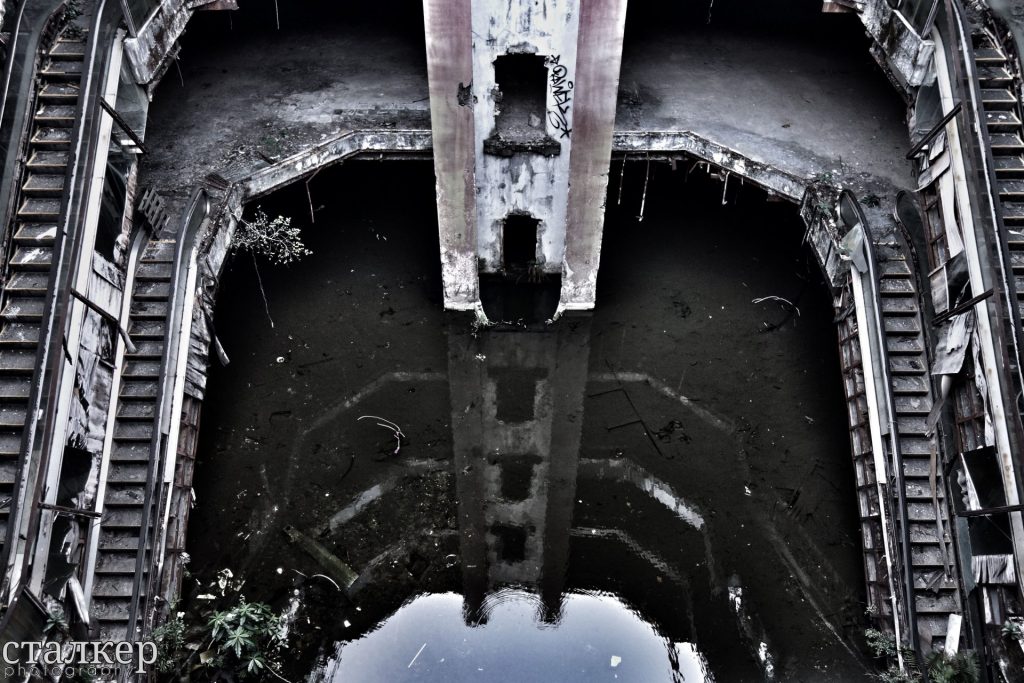 The first floor is almost completely flooded and it is impossible to get there. But behind the partition that separates the abandoned building from the rest of the world, people live. They have a kitchen, beds, and it seems that the shopping center pool they use as an urn.

Inside – some excavators, because the building in the end has not been operated. 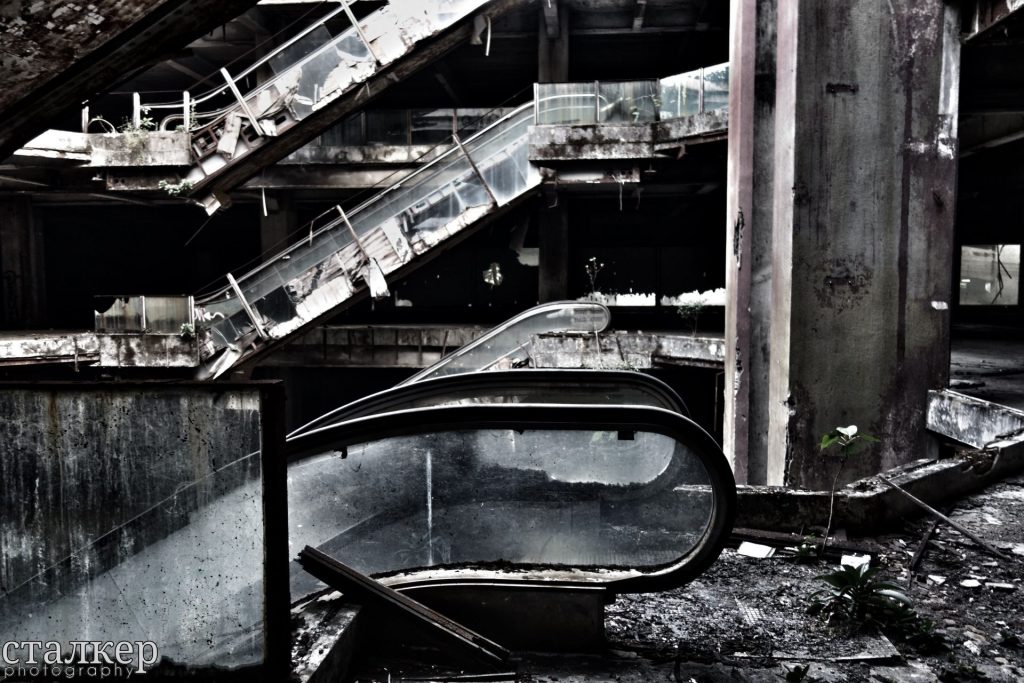 You might think that you are alone, but you are not. Around you there are hundreds of bats that periodically make themselves hear when you shine a flashlight or speak loudly.

A very nice view of the city opens out from the upper floors of the shopping center. You look down on one of the world’s largest megacities and watch how everyone is rushing off somewhere. While in this place time stopped. 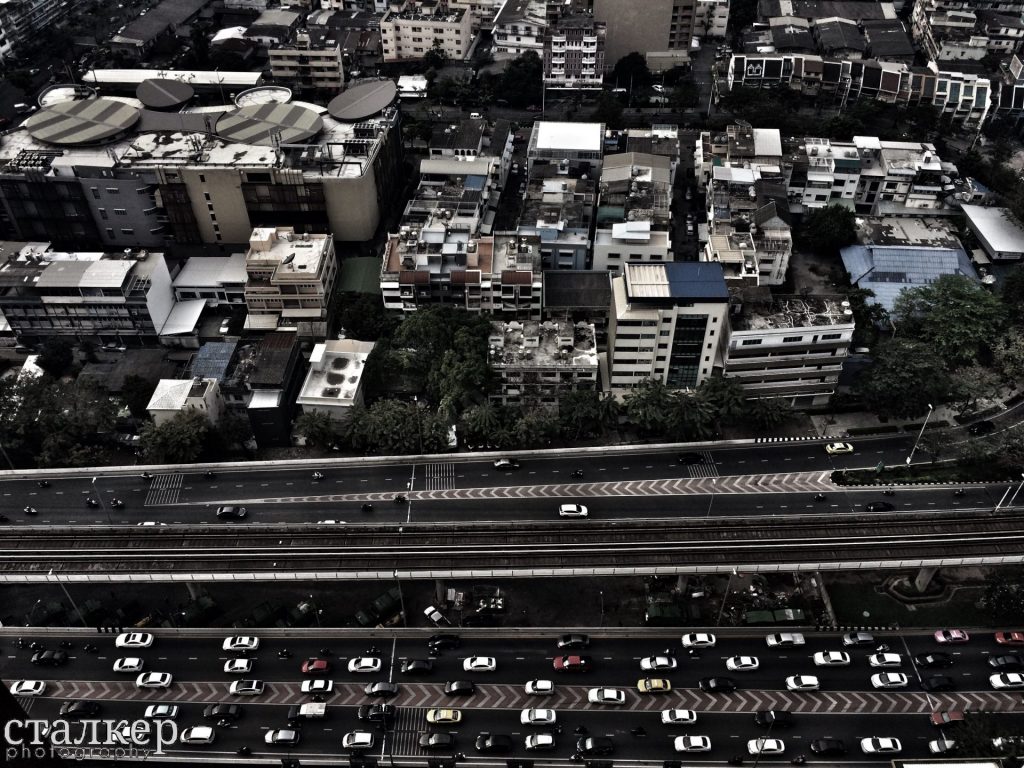