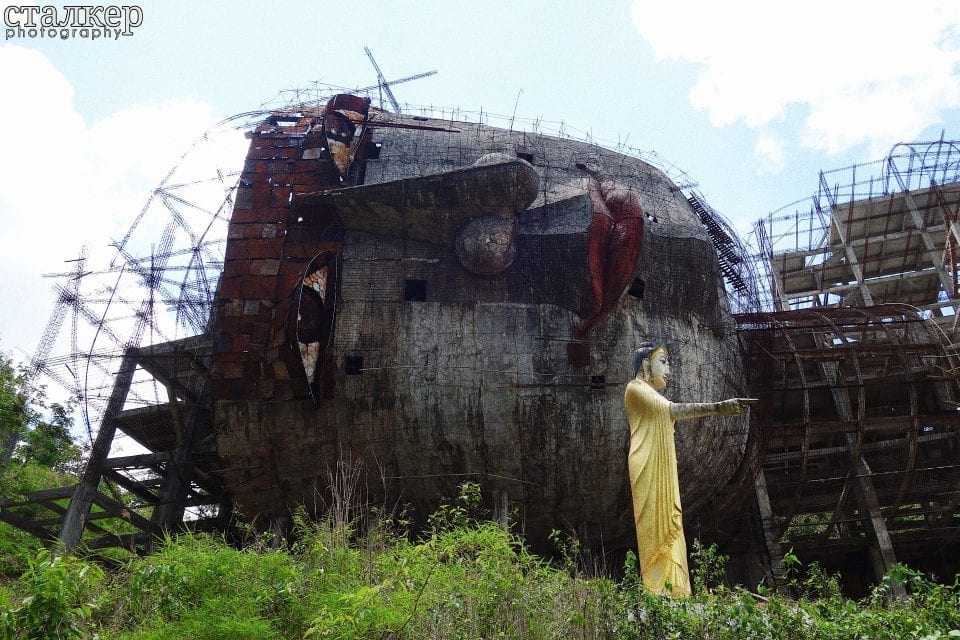 Have you ever thought one day to be one with the Buddha? We’re not talking about getting any kind of lighting or Nirvana, rather about venturing into the bowels of his body.

Today Stalker is located 20 km south of Moulmein, in the Mon region, Burma. The reclining Buddha is one of the most famous tourist attractions in the south of Burma and getting there is not a difficult undertaking. 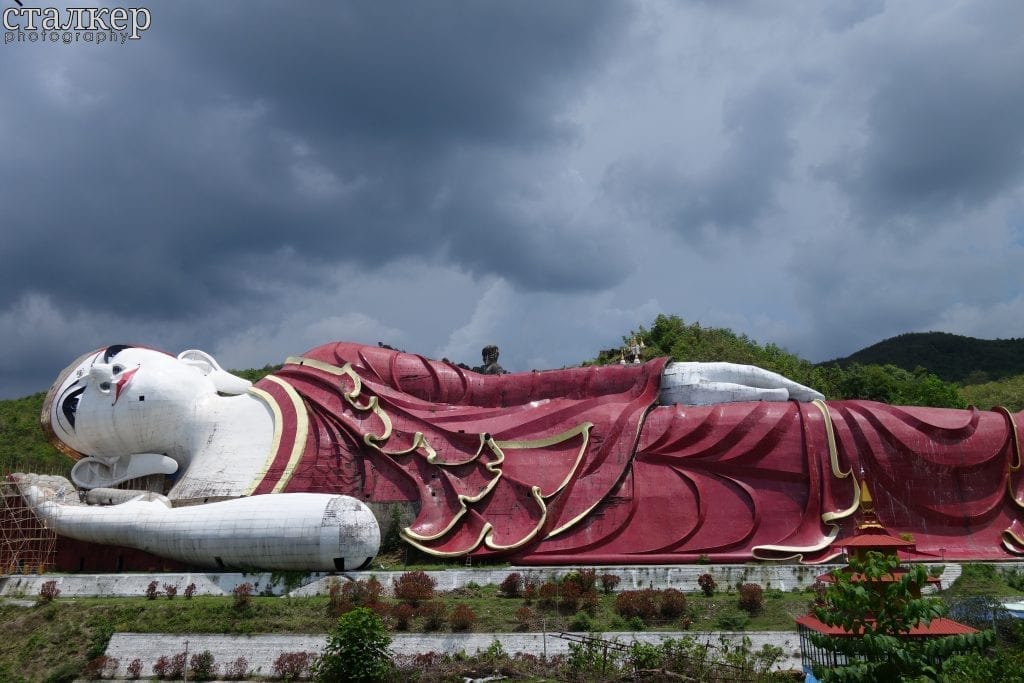 There are many taxis who are willing to drive for a day at a negotiable price of 30000 kyat (~30$). The abandoned / under construction Buddha is right in front of the original one. No payment is required to visit these two giants. 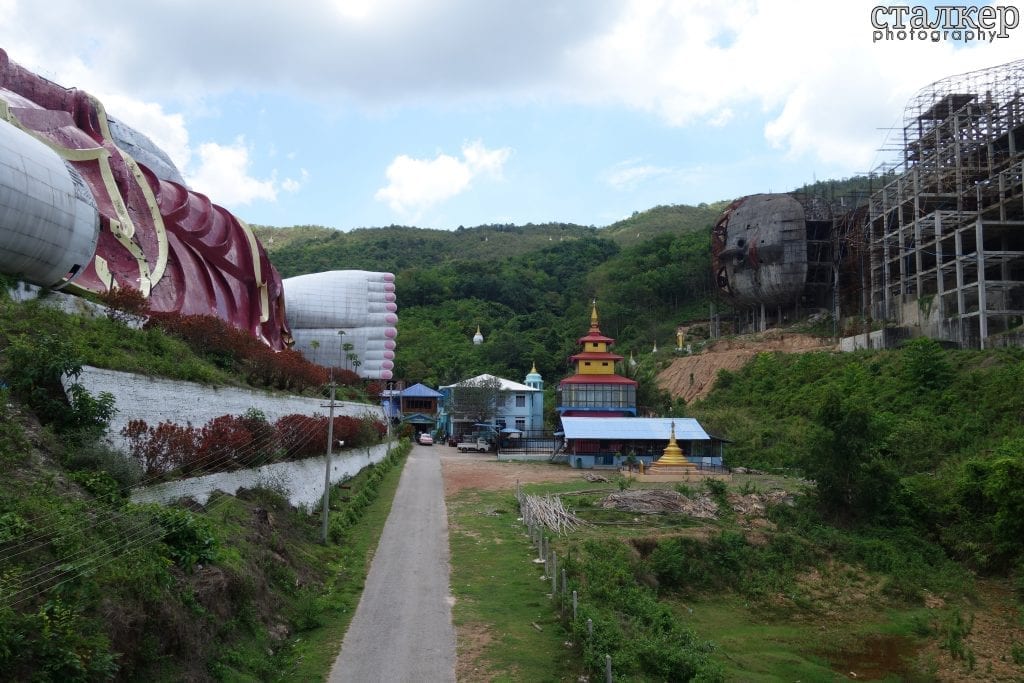 Win Sein Taw Ya Giant is not just a statue of the Buddha, but the widest in the world (30 meters in height and 180 in width).

After 15 years of work, the Buddha is not yet complete. In 2012 the second Buddha began to be built, in front of the original one, with the intention of creating an even bigger one. 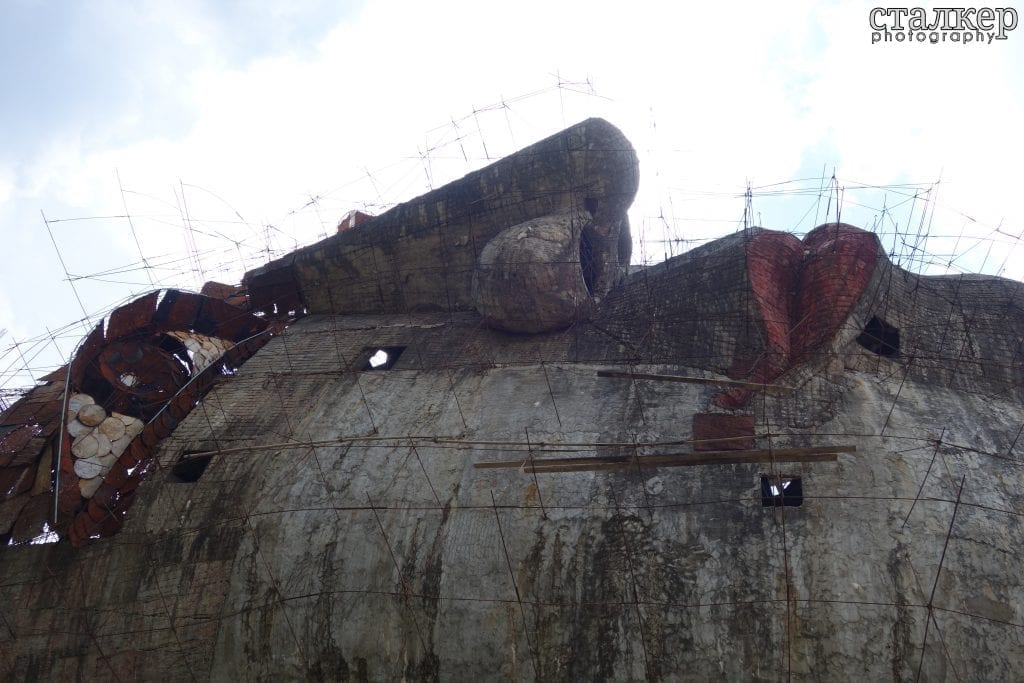 The former left the latter in an uncertain future and without some promises for the future.

180 meters of statue lying on a plot of land. In his image reflected another still unfinished Buddha. As if it is a horror movie, with eyes staring at you and a mouthful of mouths, it seems to be asking for help. Getting into it is not a difficult undertaking as entry is open. 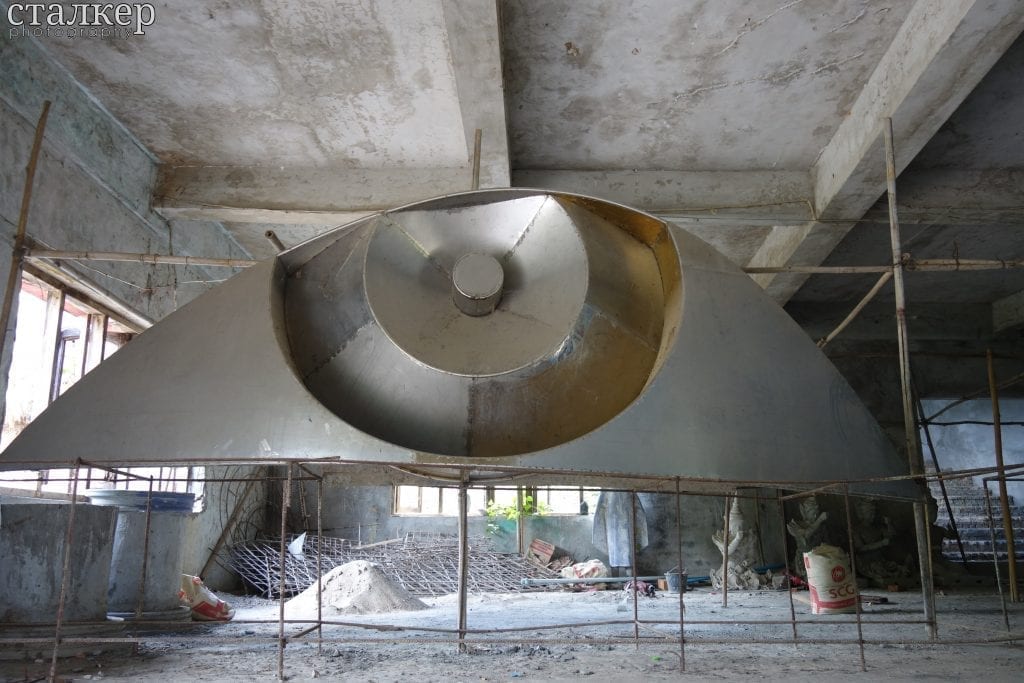 Inside you can see the steel rods and reinforced concrete that come out and enter the body and the head of the Buddha. Going up the steps you can get higher and higher until you almost touch his face.

Some voices of kids echo inside the structure. In the mezzanine I find some work tools, calendars and much more scattered on the ground. 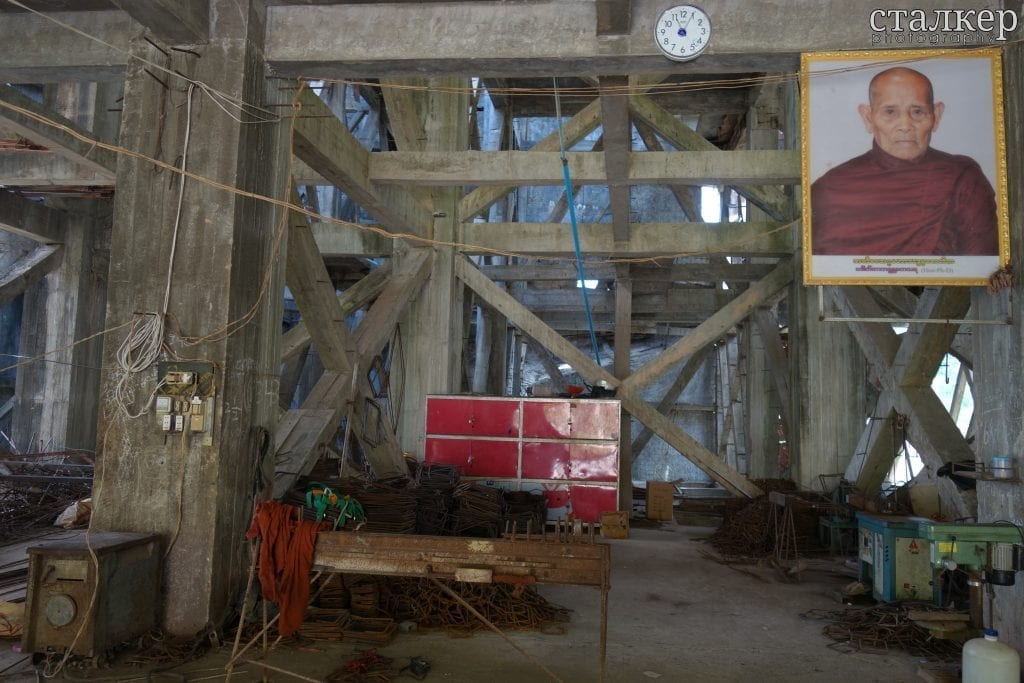 Time to venture into the original Buddha when I already realize that there is not much differences: an untreated statue, in precarious conditions, dirty and shabby. 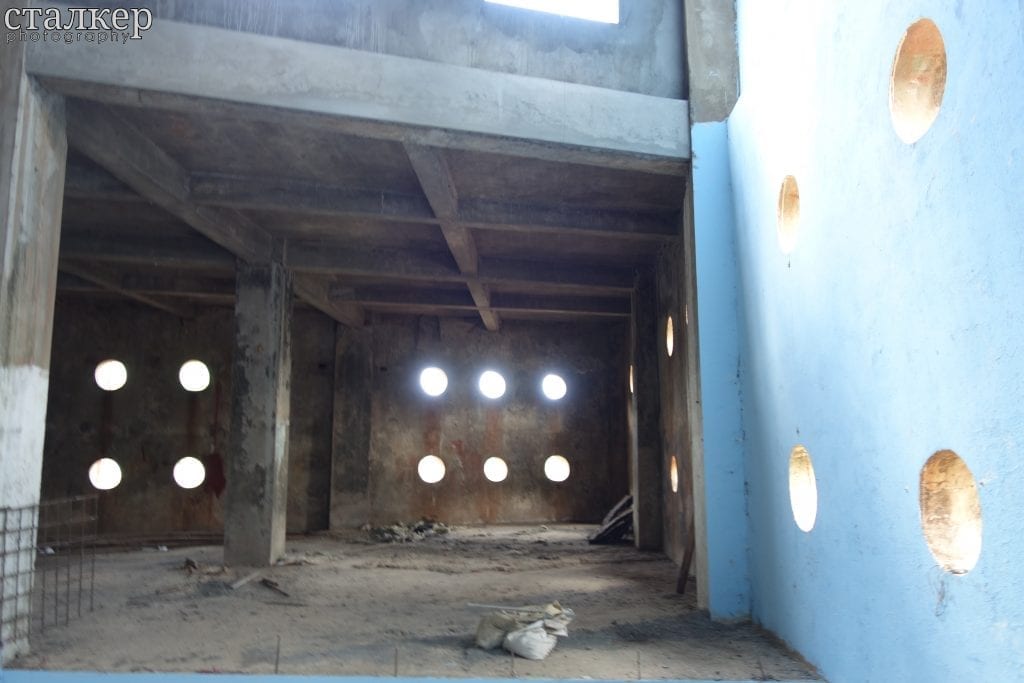 Inside it is depicted the story of Gautama Buddha through some statues which represents various episodes of his life and his teachings (including Buddhist hell). 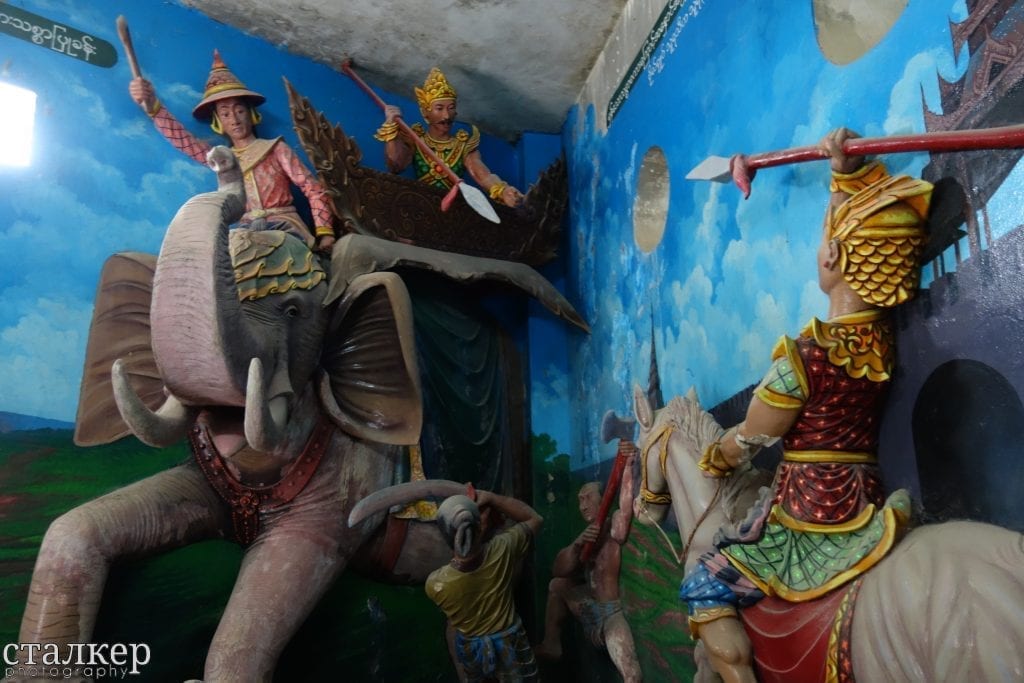 Wherever you notice the incompleteness of this structure, especially if you want to venture into the upper floors. There is no sign of prohibition or “prohibited entry to non-employees”.

So after passing the Buddhist hell, the first layer and the Buddha’s teachings, I venture for the next plan. Underneath my bare feet the dust and the various processing debris are attached. Statues of Elephants, demons, monks, mystical creatures scatter in pieces throughout the floor. All still incomplete, lifeless, without any color except the gray of the concrete. 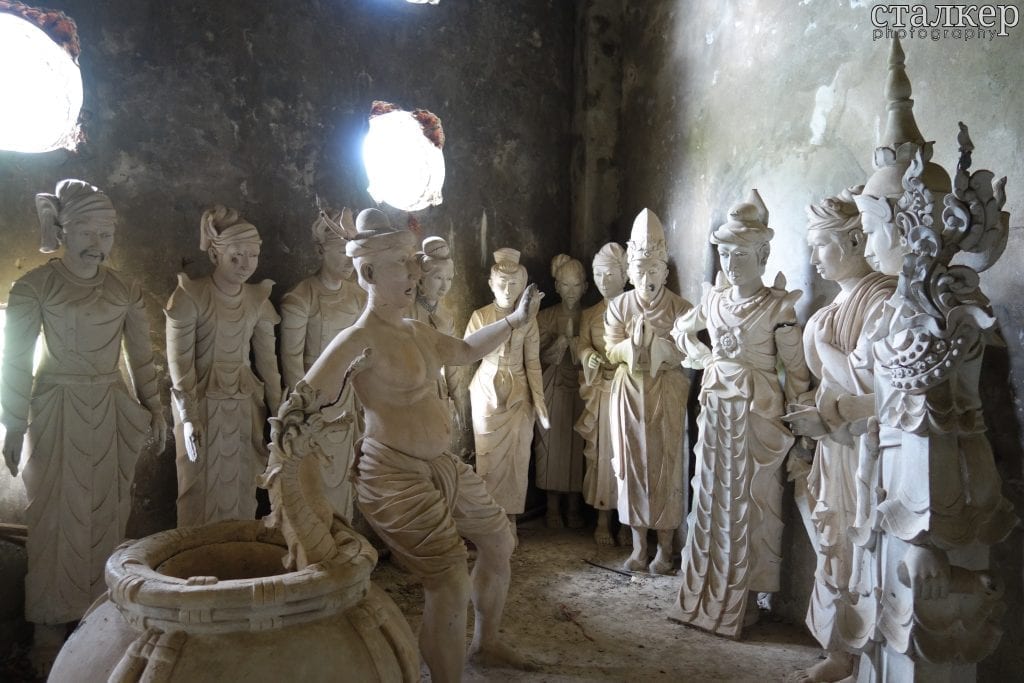 The last two floors tell the same fate. Venturing to the feet of the Buddha I find some tents with workers and locals who wash dishes, eat or sleep here.

The lower part of the neck is closed by a grating, preventing access to anyone. Here, too, everything remains in uncertainty, under construction with an indefinite end date. 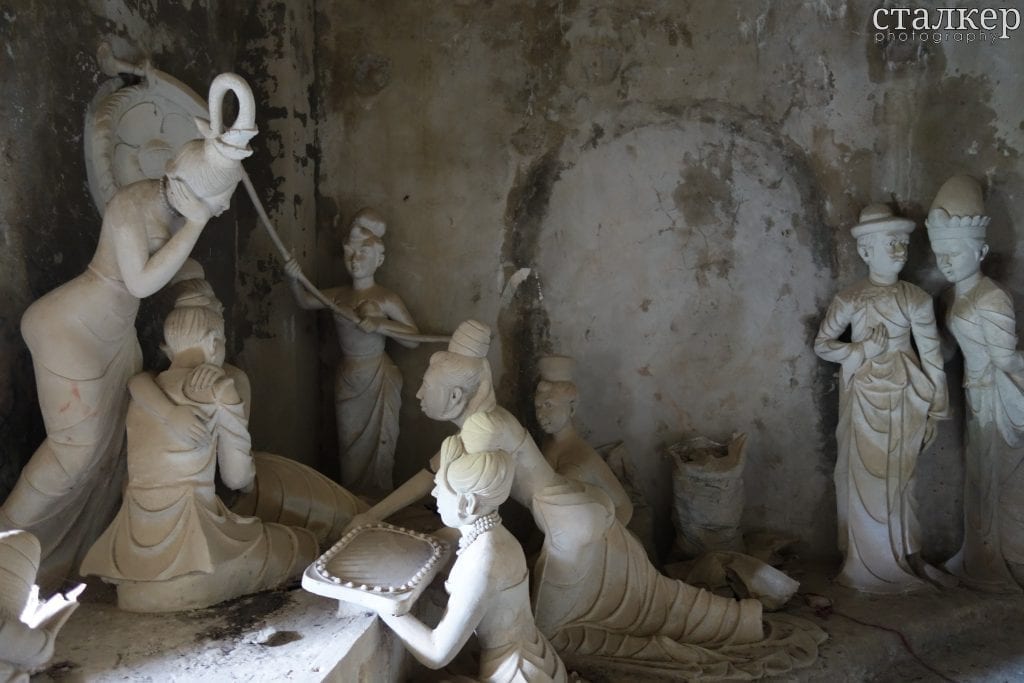