When darkness comes over the capital of Nepal, Kathmandu, I start exploring the latter through alleys and narrow streets and then come to the epicenter of where the earthquake started years ago.

Very simple, Piazza Durbar located in front of the old Royal Palace is one of the three Durbar squares of the Kathmandu Valley in Nepal. 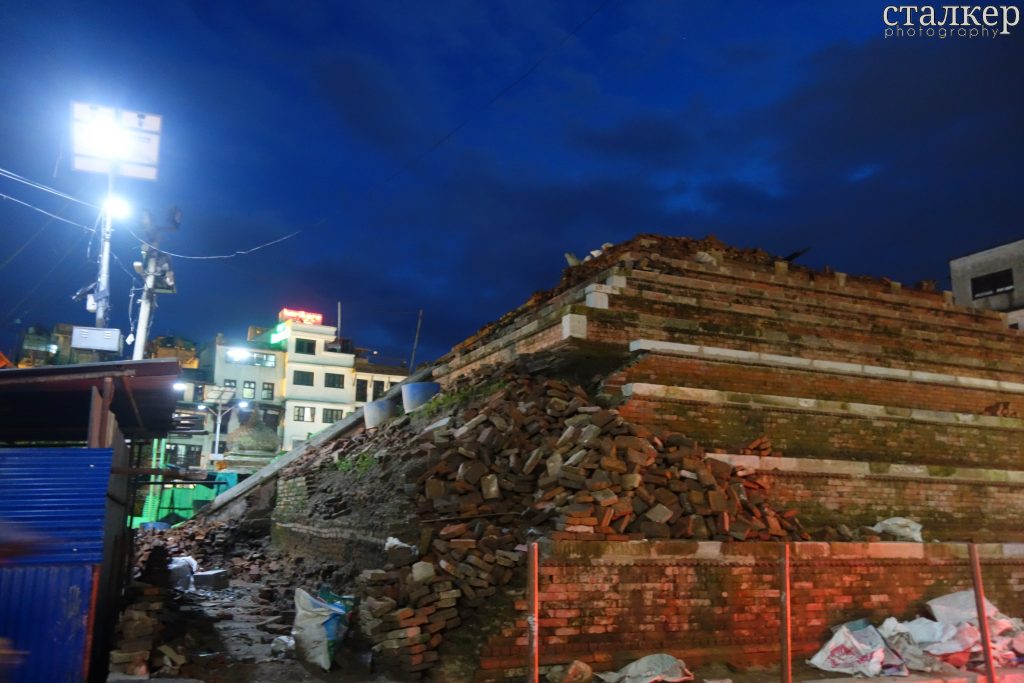 Kathmandu Durbar Square (Basantapur Darbar Kshetra) located in front of the old royal palace of the kingdom of Kathmandu is one of the three squares of Durbar in the Kathmandu valley in Nepal, which all belong to the UNESCO world heritage.

Several buildings in the Piazza collapsed due to a severe earthquake on April 25, 2015. Durbar Square was surrounded by spectacular architecture and vividly showcased the skills of Newar artists and craftsmen over several centuries. The Royal Palace was originally in Dattaraya Square and was later moved to Durbar Square.

Kathmandu Durbar Square housed the palaces of King Mall and Shah who ruled the city. Together with these palaces it surrounds the quadrangular square, revealing courtyards and temples. The square is known as Hanuman Dhoka Durbar Square, a name derived from a statue of Hanuman, Lord Ram’s devoted ape, at the entrance to the palace.

At night the center of Kathmandu is very busy. An incessant flow of people passes from side to side, cackling or simply sitting on the steps of some temple destroyed by the force of the earthquake. Boys and elders sit on the ruins of what was once the square where kings were crowned and from Kathmandu they could exercise their power.

Behind the Hanuman Dokha palace is the market where people sell some artifacts.

Even in some alleys and courtyards behind the time there is no lack of young people who are heatedly discussing or smoking seeking shelter. 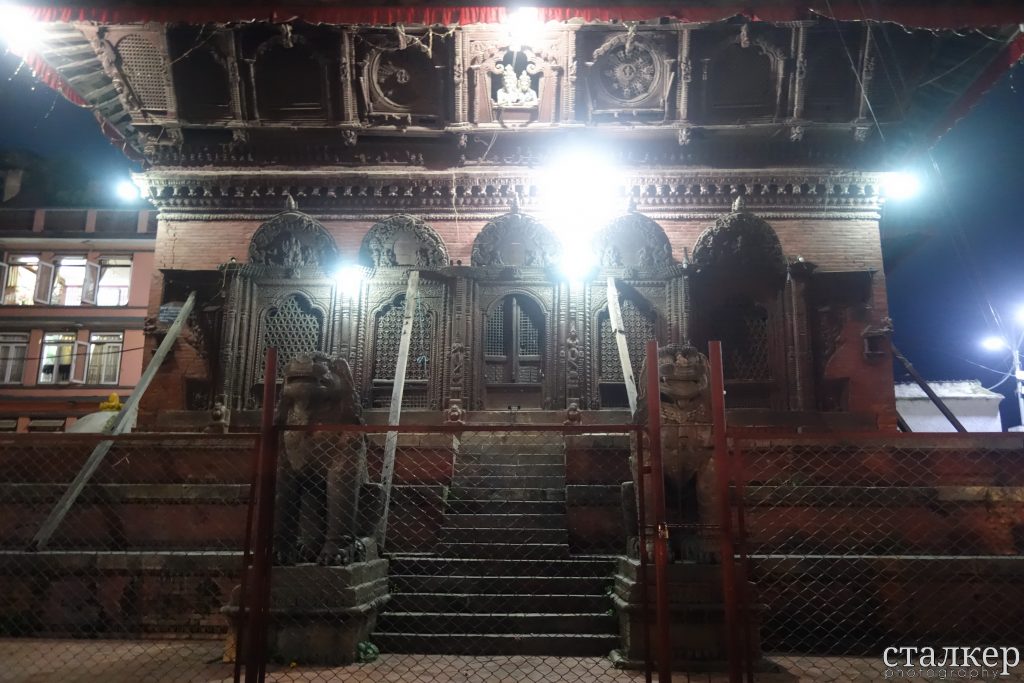 Also the dogs and cats wait on the walls and stairways of the temples praying for someone to bring them food. That said, old men with huge plastic bags come out of their little houses and throw some food back at the poor hungry animals. 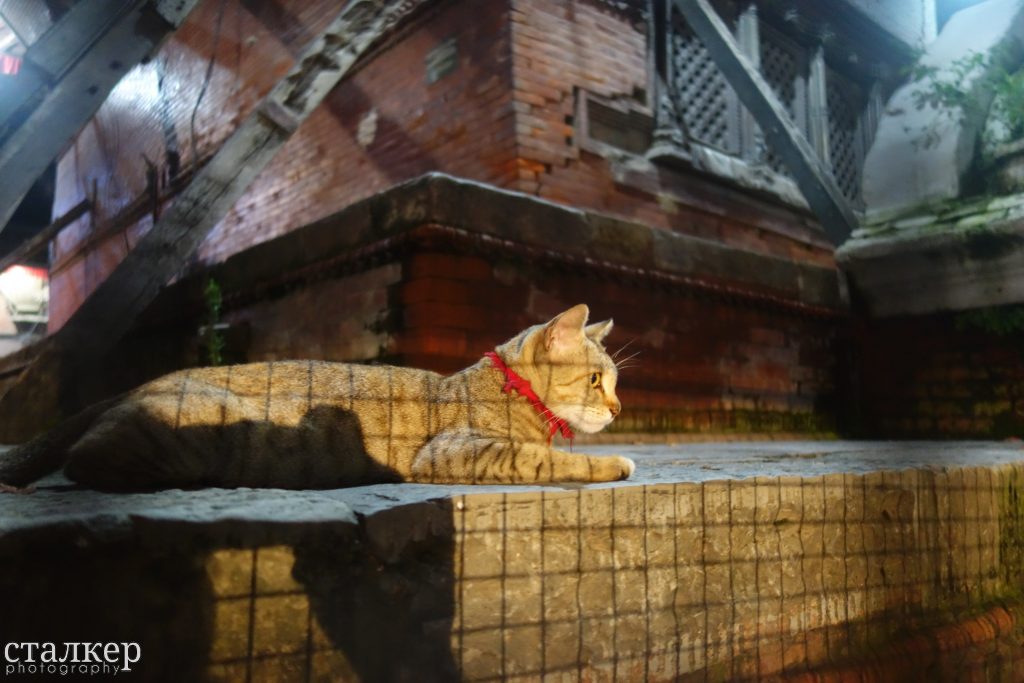 Families head to the temple of Jagan Nath, Indrapur and many others leaving them a prayer.Here, a whole and a continuous flow, coming and going of living beings that together contribute to the life of this historical site.