Sighs and whispers touch our ears. Soft and icy winds lean gently and at the same time vigorously on the neck, as if they were a knife sinking in butter.

The abandoned villa is located in the Polesine, Italy. 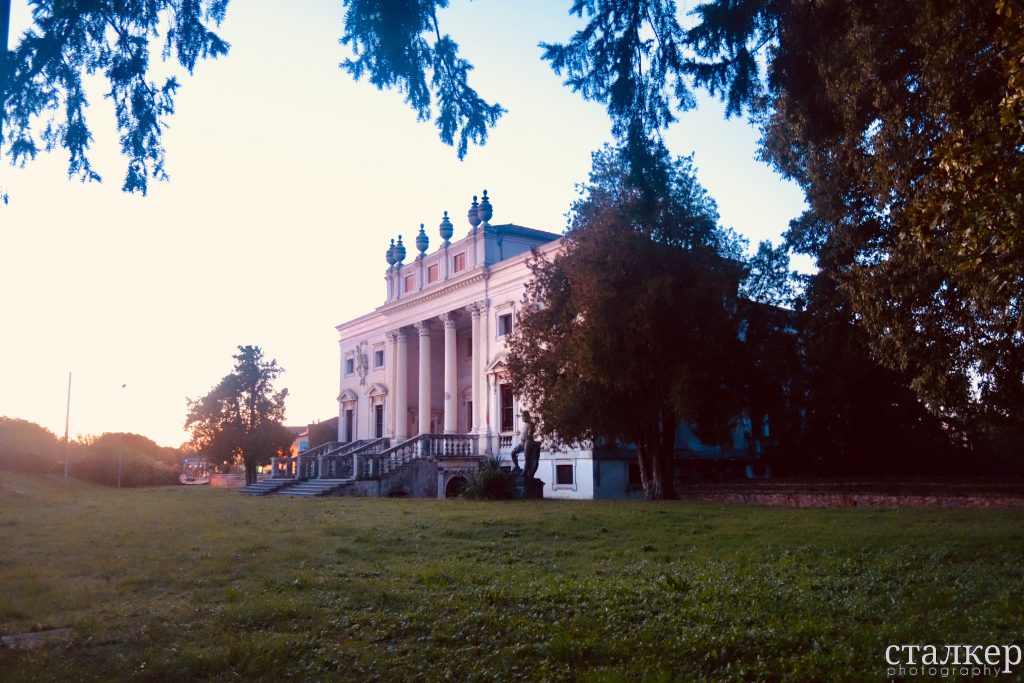 One of the Renaissance villas inherited from the Venetian family of the “Nani” also stands in the Polesine.

The villa was probably built in 1580 by a student of Palladio, the Scamozzi. Other voices instead attribute its construction to the architect Baldassare Longhena. The Venetian family decided to erect the villa so that it could face the adjacent canal, but nowadays the connection with the water no longer exists as the banks were raised (in those days many lands were still to be reclaimed) . 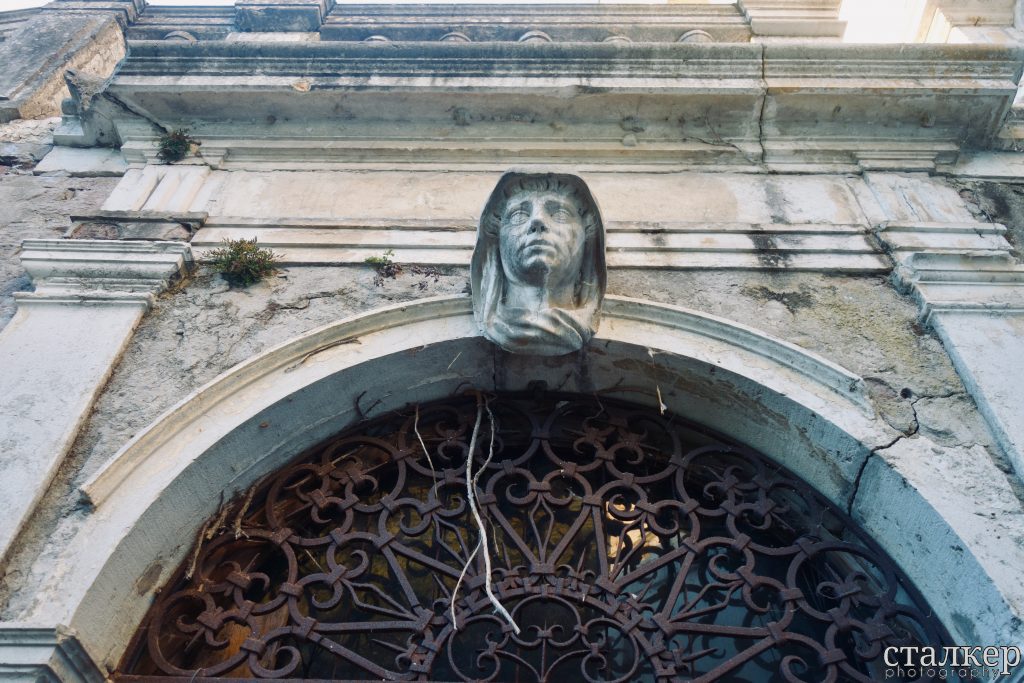 The central building was built in two different eras and by different architects. The oldest body is the one located to the north (1580-84) built in the Palladian style. To come after a few decades the south facing the canal, designed in order to remedy the embankments and connect the entrance to the noble floor. To the latter, frames and moldings have been added in order to merge and make the two bodies homogeneous, although the architectural style of two different eras is clearly visible.

The exterior of the villa is still in good condition, but unfortunately the interiors were destroyed by fire in 46, erasing most of the magnificent walls covered with frescoes.

Around this villa runs a legend that tells of a young countess, who, after suffering a disappointment in love and hoping to forget her grief, decides to spend the rest of her life in the villa. We are in 1600.
The noblewoman wherever she went was always supported by her Spanish escort.

Arriving at the villa, the Countess found much loneliness and depression, so much so that she spent her days locked in her besieged room tormented by her own melancholy. 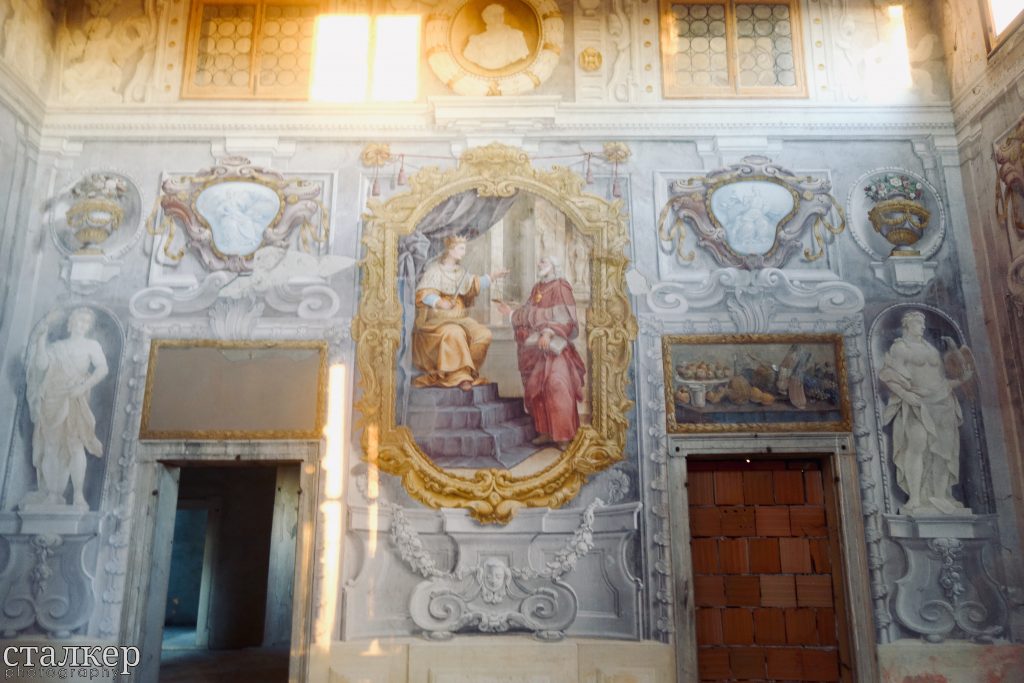 Suddenly and to the great surprise of the servant, he awoke from that torpor and left the room smiling. From that moment he began to organize banquets and parties in the salons, with the hope of the family that he could find a new love.

The countess, beautiful as she was, had no problem finding lovers. Legend wants to tell that lovers no longer return home after a night spent together. 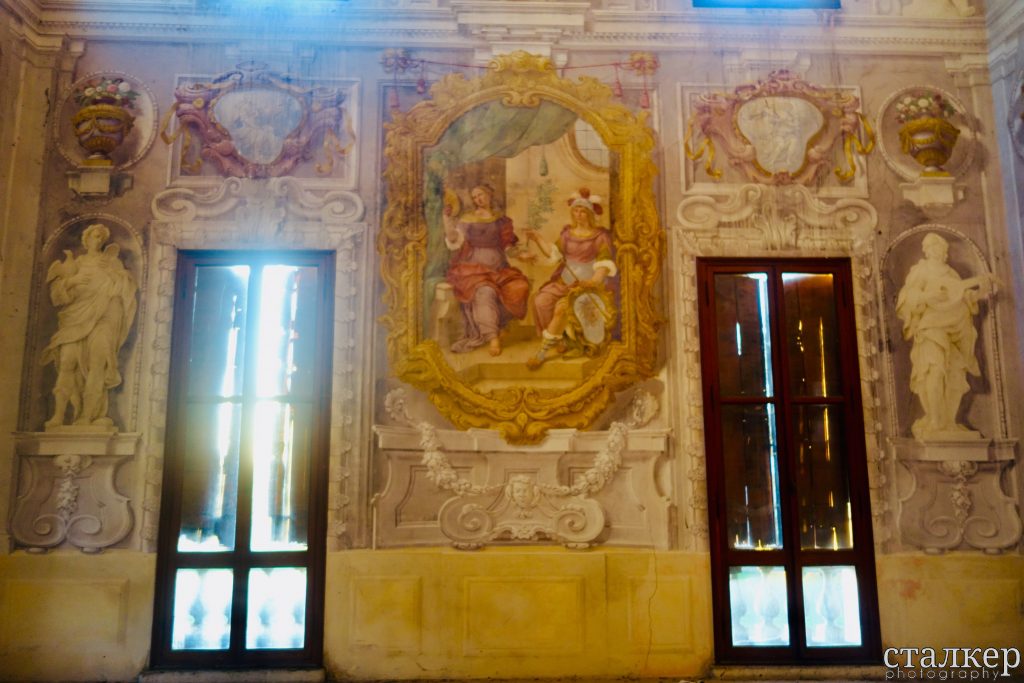 It is said that the lovers were cut into small pieces with razors and then thrown into the canal. Another version of the story speaks of a deep well in the basement of the villa where the unfortunates were thrown in, and found a painful death on blades placed specially on the bottom of it.

The two versions correspond to as many two “end of games”. It is believed that between a chat and the other the countess and the chaperone were discovered when the blacksmith of the village was asked to make dozens of razor blades. The other story tells of a lover who managed to react to the countess’ attack and in doing so threw her into the well. 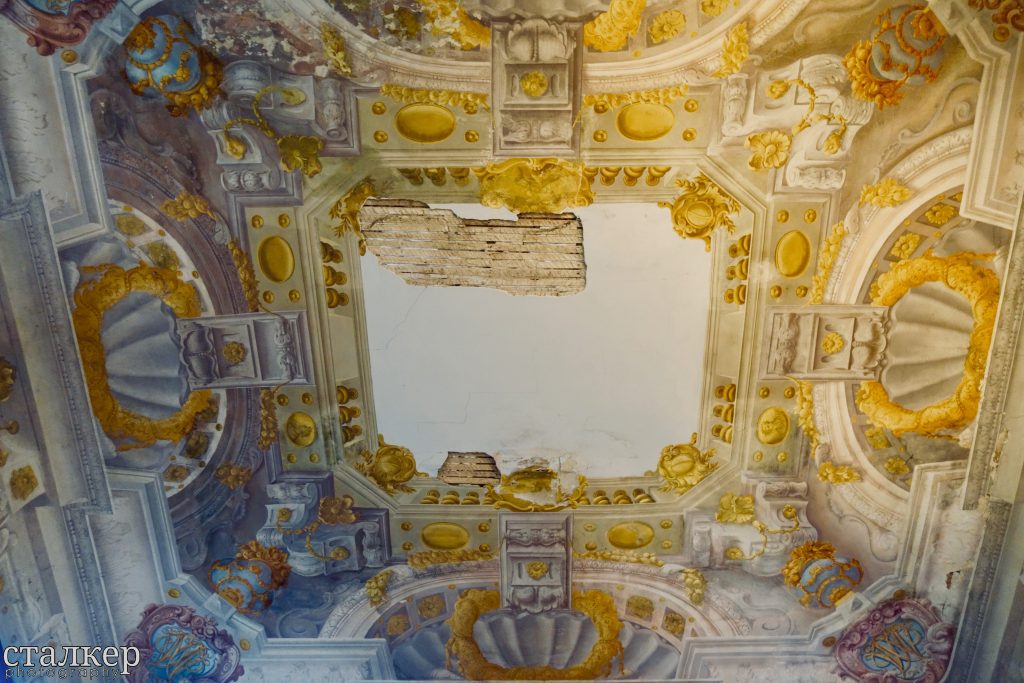 The villa is located within a huge park dating back to 1775, with an English setting. Supporting our backs between a secular tree and the other, making us a shield through the various statues with mythological subject, we move towards the interior of the villa. Unfortunately, there is not enough time to visit the noble chapel located north of the park. It is assumed to have been built in the 1500s, and inside is an altarpiece of the Madonna. Near the chapel you can also see the remains of what was once a greenhouse.

The interiors of the villa surprise us somewhat. The renovations have soiled and removed the beauty of the ancient walls and the frescoes which in turn decorated them.

As soon as we enter we come to a central room where four side rooms and two rooms branch off. All always very bare and symmetrical.

To give us “a breath of air” are the elliptical scales. Alongside our ascent there are other frescoes depicting fake basements, statues and spiral columns.

The upper floor develops like the floor below, if it weren’t for some well-preserved frescoes probably attributable to some Ferrarese painters. The various painted allegories want to pay homage to the great Republic of Venice. In fact, we can observe the allegory of Freedom and Vigilance, Prudence and the Government of the Republic, with all the various meanings attached. 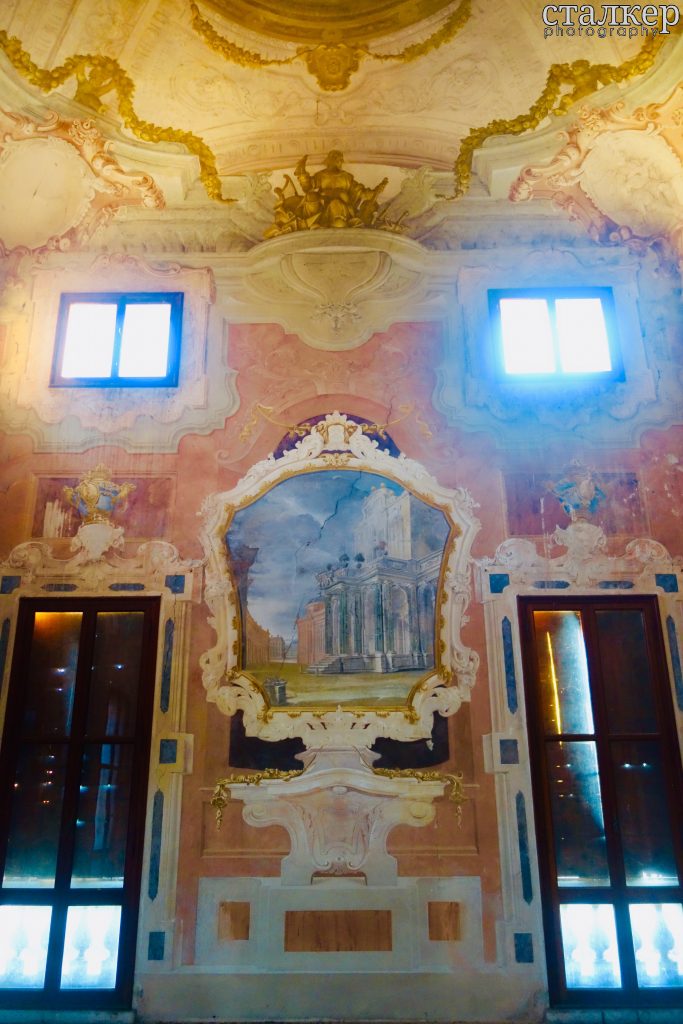 Unfortunately, the top floor is completely bare of anything, even if in a room we find a wooden staircase leading to the attic. Attic that apart from hosting some spiderwebs and some spiders, contains nothing interesting. From above we can enjoy an exceptional view of the park, the road and the canal through one of the square windows. 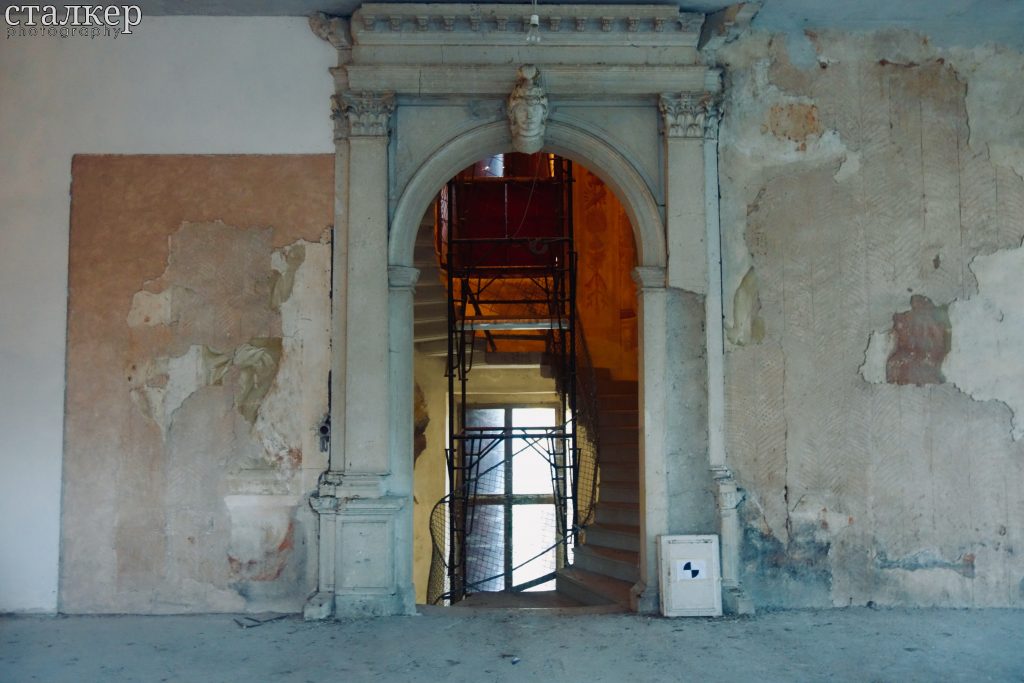 A sunset first colors the walls of a very faint orange, an ocher yellow and then disappears leaving only vague moving shadows. The darkness makes its appearance slowly, and so we decide to leave this beautiful villa before another murder is carried out by the ghost of the countess. 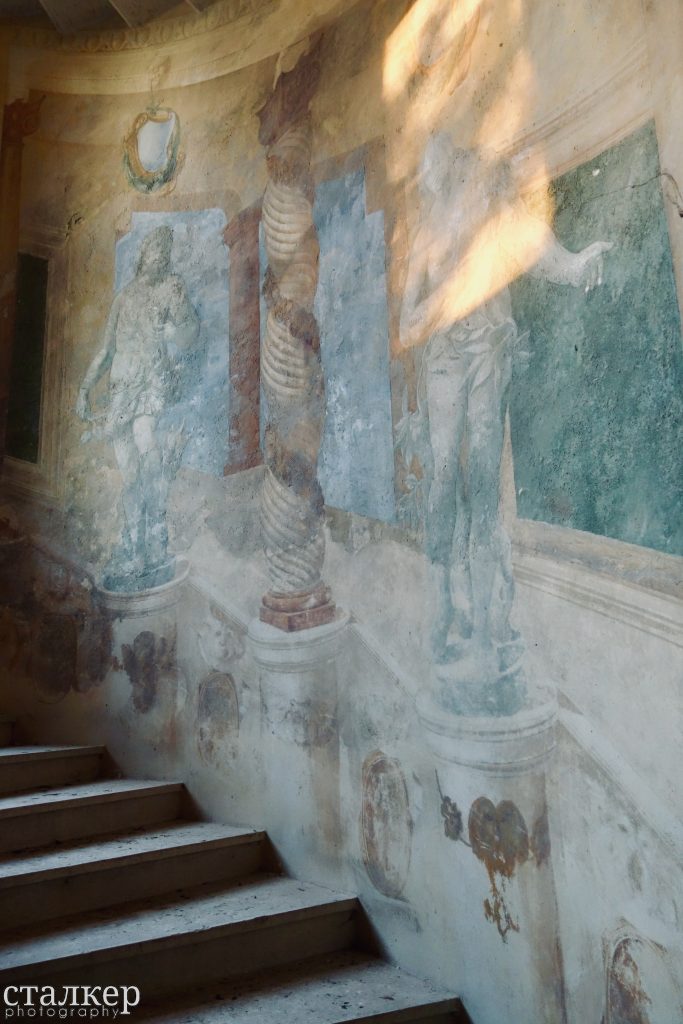