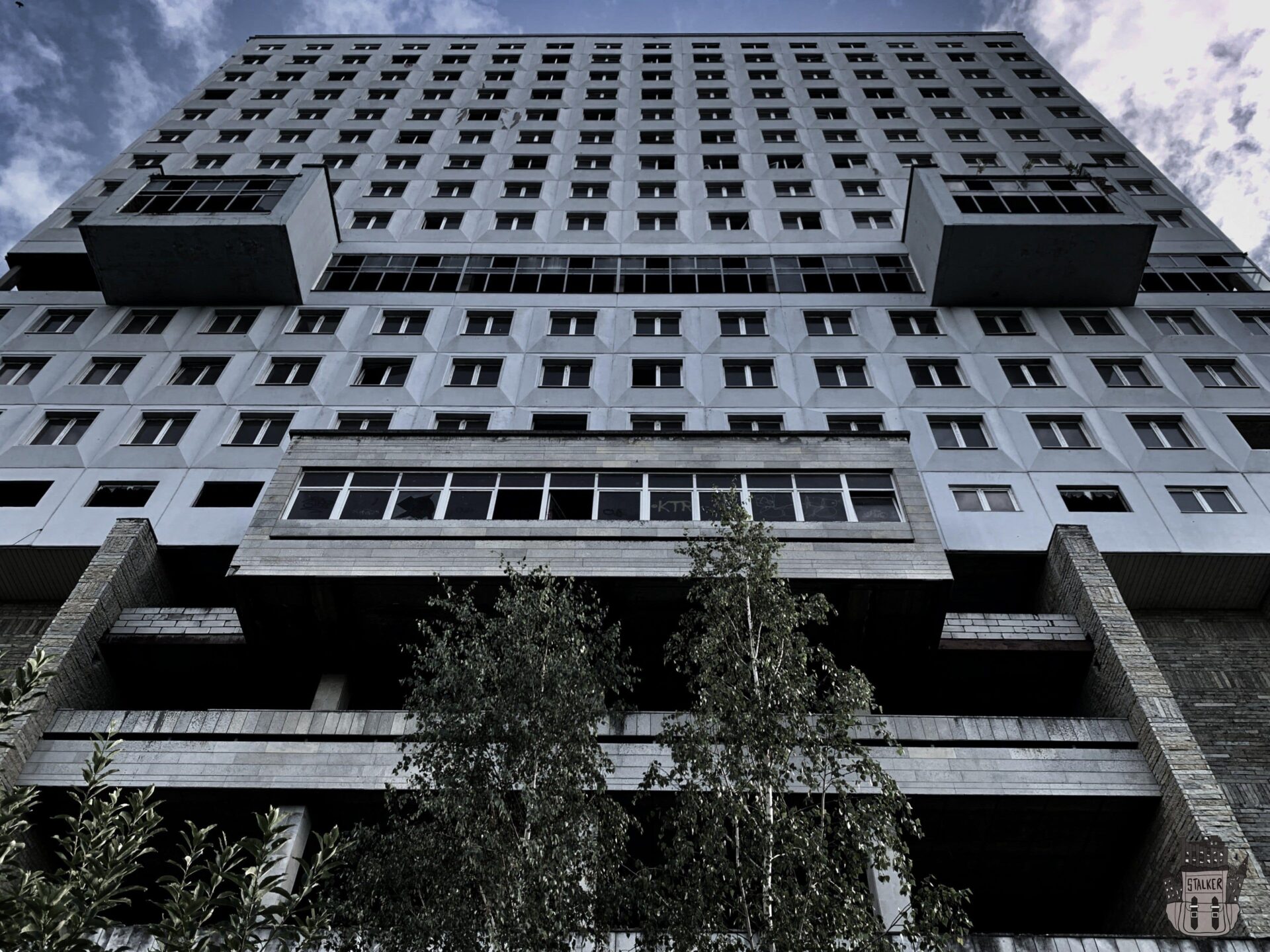 The House of Soviets (Russian: Дом Советов, transliterated: Dom Sovetov) is a building located in the Russian city of Kaliningrad. Locals often refer to this structure as the ‘buried robot‘ because of its appearance of a steel giant buried up to its shoulders. The architect who designed the structure was Julian L’vovič Švarcbrejm. It was built on the land previously occupied by the former moat of Königsberg Castle.

The structure is located in Kaliningrad’s main square, at the intersection of Ševčenko and Lenin streets. It was built on the eastern section of the land on which the remains of Königsberg Castle once stood, more precisely at what was once a moat.

Königsberg Castle was heavily damaged during the bombing of Königsberg during World War II. The city came under the control of Soviet troops after the end of the war and the victorious authorities opted not to preserve the remaining castle ruins, branding them an emblem of ‘Prussian militarism‘. What remained standing of the old castle was completely demolished between 1967 and 1969.

Immediately the question arose as to what to do with the vast central area created in this way, so the architects of the Soviet regime were inspired by the work of Lúcio Costa and Oscar Niemeyer in Brasilia. Two competitions were held for the architectural development of the area, one in 1964 and the other in 1974, with designs received from Moscow, Leningrad, Lithuania, Latvia and Estonia. The design chosen was that proposed by a Kiev architect, Julian Švarcbrejm.

Construction of the structure began in 1970 and was intended as the creation of a new administrative centre for the city and the Kaliningrad oblast. The chosen site was the old castle moat to the east of the complex, as placing the heavy structure directly on top of the foundations of the old castle would certainly have posed problems of stability, not to mention that during the surveys prior to construction it was revealed that the entire ground was generally marshy and certainly unsuitable for building. The foundations turned out to be unsuitable to support the weight of the original 28 storeys as planned and therefore only 21 were completed. Work was finally halted in 1985 after the regional commission lost interest in the project and ran out of funds for it. In 1992, there was a first attempt to complete the structure, but it was soon abandoned and the structure remained incomplete for several years.

In 2005, on the occasion of the 60th anniversary of Kaliningrad and the 750th anniversary of Königsberg, also on the occasion of Russian President Vladimir Putin’s visit, the building was painted on the outside and the first windows were put in place. Today, the light blue colour taken on by the structure has helped to soften its sense of oppression, although this has been criticised by some by comparing it to a modern Potëmkin Village. The interior was not completed and therefore the structure remains unusable to this day.

The House of Soviets in Kaliningrad can be considered a clear example of Soviet Brutalist architecture.

According to statements made by Red Army veteran Leonid Arinštejn in 2004, at the time of the Second World War in 1945, when he was 19 years old and held the rank of lieutenant, part of the treasure of the Amber Room was located in the Königsberg Castle before it fell to the ground.