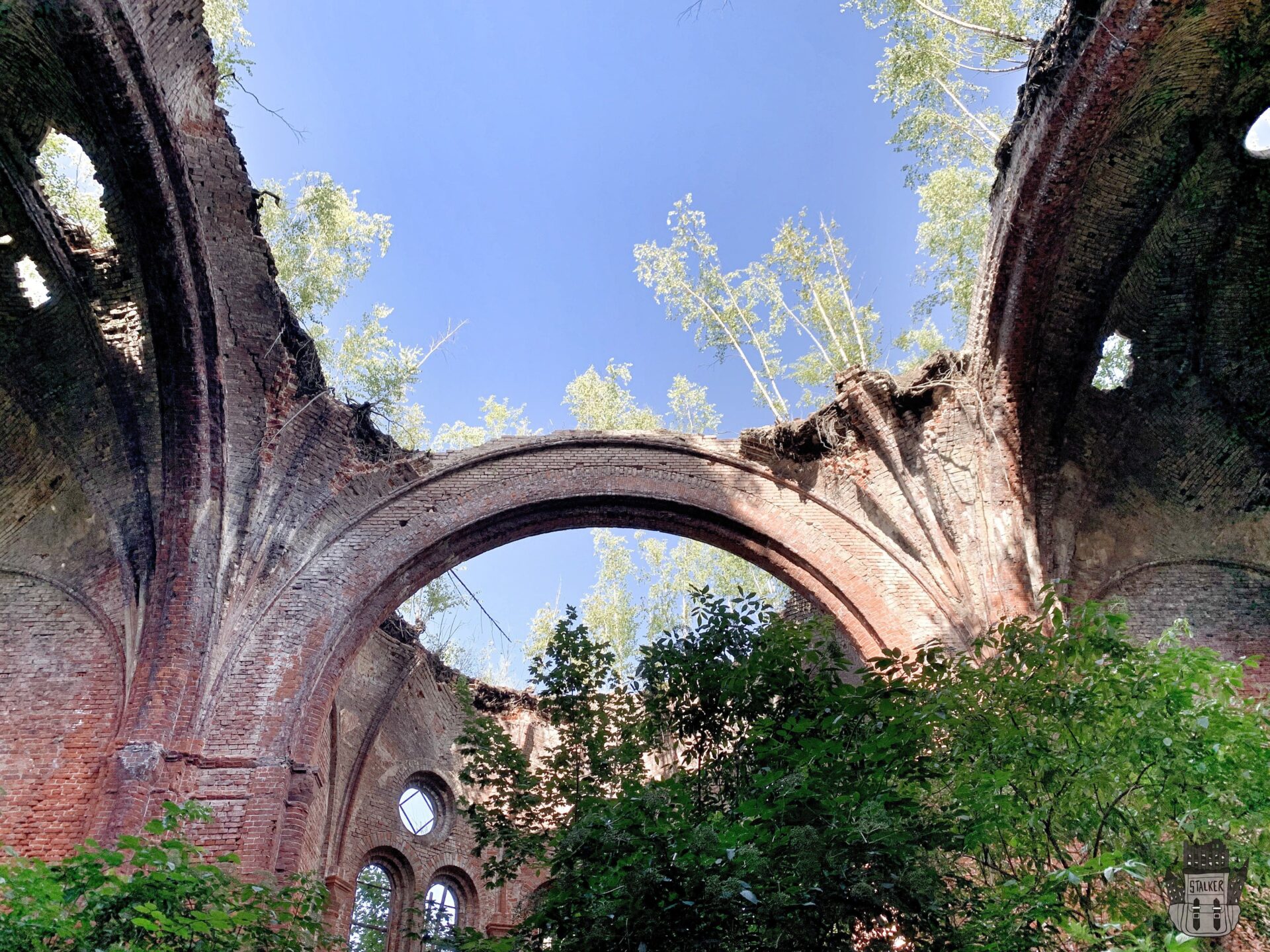 The Eidtkunen Church was built in 1883 according to the design of the famous German architect Friedrich Adler. Six years later, in 1889, it was consecrated.

On the border with Lithuania

The church is located on the border with Lithuania, in the village of Chernyshevskoye (once called Eidtkunen).

The abandoned church in Kaliningrad

The church is located in the middle of a park, at the intersection of two roads that converge in the shape of a cross. The building is made of red brick in the Neo-Romanesque style with two square towers attached. The centres of the gables of the north and south façades are framed by circular openings in which the Stars of David are engraved.  When the church was on German territory, the National Socialists did everything they could to change the openings, but the church community managed to maintain its current appearance.

During the Second World War, the church was damaged by fire and was used as a warehouse after the war. It was abandoned in 1996.

The government of the Kaliningrad region declared the church a cultural asset of local (municipal) importance by Law No. 132 of 23 March 2007.

In 2010, the building became the property of the Russian Orthodox Church. In July 2012, the church was in a state of emergency: the roof is missing, the ceiling vaults have fallen in and the space inside the church is overgrown with ivy and trees.