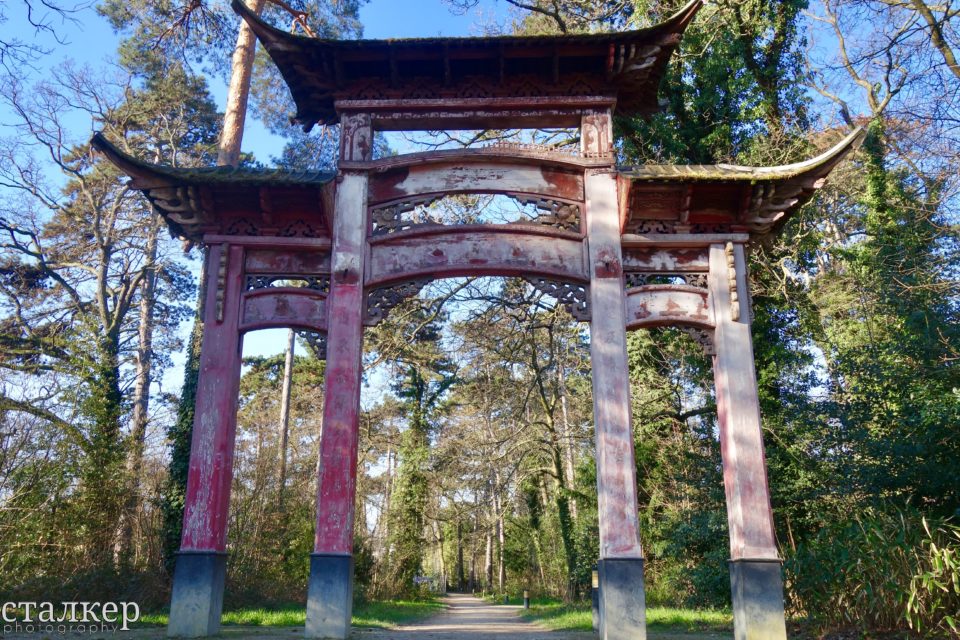 A zoo of the past, where to be locked up in cages were not animals but people in the flesh.

The zoo is located in the southeast corner of the Vincennes Park in Paris. Access is free. 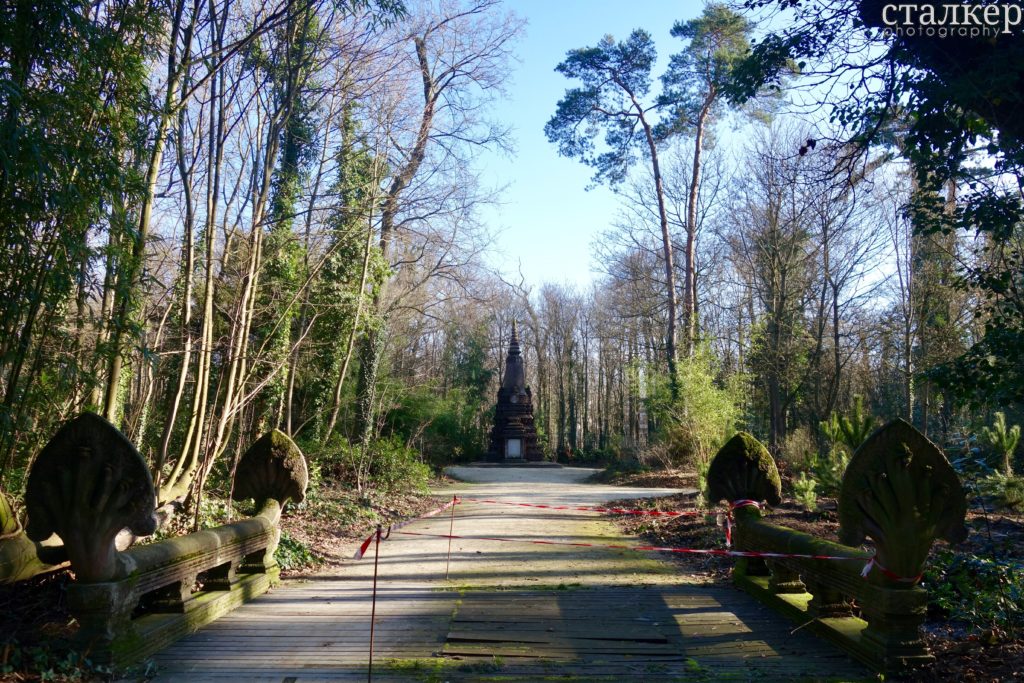 Initially, in 1899, the garden was built with the intention of growing tropical plants (cocoa, coffee, vanilla and bananas) for use in the French Empire.
In 1907 in Paris, in the tropical agronomy garden, six villages, all different from each other, were designed and built. Each of them represented each of the colonial conquests of that time: Indochina, Madagascar, Morocco, Tunisia, Congo and Sudan.

The aim was to have an exact replica of the architectural style, landscape, life and culture of the colonized country.
Next to the old pavilions, you can find monuments in memory of the battles fought not only by the French but also by the people who enlisted to join this foreign cause. We also find relics of countries that were only temporarily carved from Africa into the French Empire, such as a pavilion for Dahomey, a former French colony in West Africa that existed from 1904 to 1958.

The inhabitants were placed inside each village, and as if they were in a zoo or in a shop window they were displayed to the public all over Paris.
Curiously, the French came from everywhere to see and observe the customs of these distant peoples.
From May to October 1907 (the closing date of the colonial exhibition) there were one million visitors.
Over the course of 60 years, from 1870 to 1930, more than one and a half billion people visited these so-called “human zoos” around the world.

More than 35000 people left their countries of origin to go and perform in these shows in various European capitals. Entire families went to live in mere replicas of their villages, wearing traditional costumes and entertaining the spectators.
An opportunity to show off the power of the West over its colonies, and at the same time providing Westerners with the opportunity to “savor” the exotic and to fantasize about traveling to remote countries. 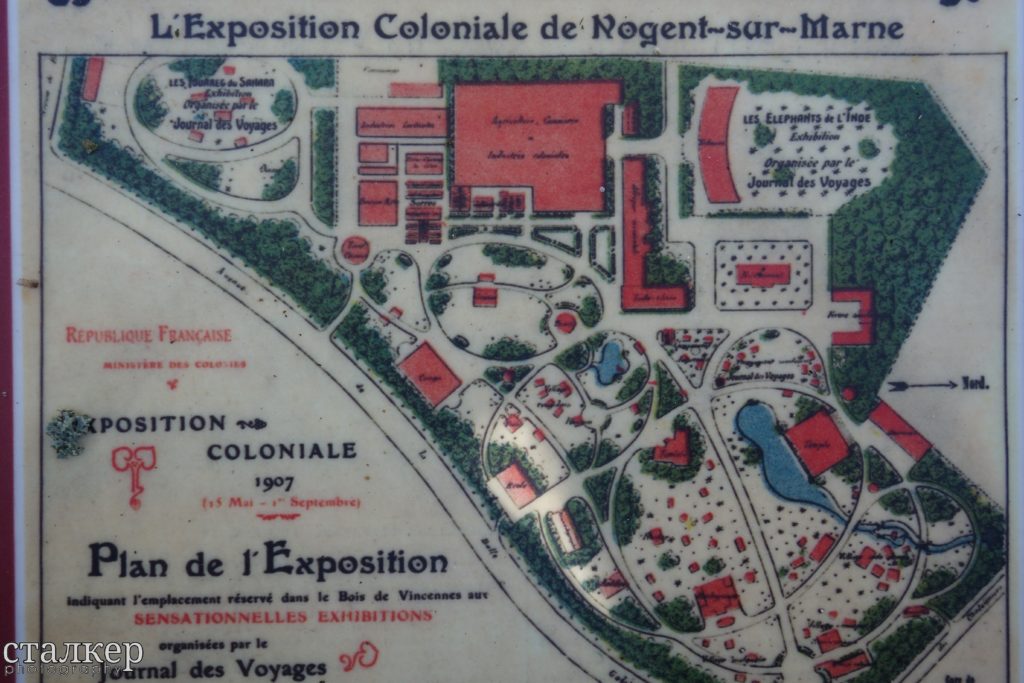 In the “zoos” African women with bare breasts entertained several spectators, giving confirmation to many anthropologists and scientists of their theories and observations on distant peoples, one among them that of the superior race.
The inhabitants of the various villages went in these zoos of their own free initiative and with a “salary”, without being forced by anyone, being however already aware of going against denigration and exploitation.
When the exhibition ended in October 1907, few returned to their homeland. Many of them were deceived (even by their own village leaders) to join some circus. In an aseptic and capitalist world, they were stripped of all their tribal identities and left at the mercy of the West.
Some of them found their way home after many years, others died of diseases such as tuberculosis and chickenpox, others of a death unknown in this alien world.

The Jardin d’Agronomie Tropical was not completely forgotten after the colonial exhibition in 1907. The Guyana Pavilion was then used as a laboratory for agricultural genetics by Joseph-Alfred Massibot until his death in a plane crash on 8 January 1948 in Algeria. The Tunisian pavilion became a chemistry laboratory in the 1920s, and was then used for plant research. There was another colonial exhibition, the “Exposition Coloniale Internationale” of 1931, and over the course of six months it attracted a crowd of 33 million people.

Sarah “Saartjie” Baartman was a 20-year-old from South Africa, emblem of the “black period” of colonial times.
She was recruited by an exotic animal hunter and brought to London in 1810 to perform as if she were a trophy. She was promised fame and riches, but that was not what she went for.
Sarah’s particularity was mainly due to a genetic characteristic known as steatopygia: protruding buttocks and swollen lips. Another one who shared her same fate was the  pygmy Ota Benga who lived in the Bronx Zoo.

In Sarah several racial anthropological theories were tested, put in very tight cages and forced to wear tight clothes, thus violating any social norm of that time. In the end, Sarah, after 4 years spent in Europe, found herself a prostitute on the streets of London giving in to alcohol. She died poor, and her sexual organs, brain, and skeleton were exhibited at the “Musee de l’Homme” in Paris until 1974.

In 2002 former South African President Nelson Mandela formally requested the repatriation of his remains, which finally took place 200 years after she left home.

I take advantage of the sunny day to make a detour to the Parc des Vincennes and visit the human zoo.
At the entrance the red Torii door 3 meters high, marking the passage from the mundane to the sacred, from the city to nature. Suddenly I begin to remember the chirping of the birds, and here it is again. Almost as if I had forgotten what the animals’ song was like, I feel my body relax and unwind. From my hands and feet sprout roots, and here I connect again to the forest. Incredibly, after the drop that fell into the well, I feel like new.

I begin to explore far and wide, meeting in my path different beings: old people doing Taijiquan, ducks with their heads hidden in their feathered cloaks, an old polyglot guide, a tree that invites me to rock with him, students of the “Institut d’étude du développement économique et social Paris 1 Panthéon-Sorbonne” intent on studying books, stones that grow.

As if it were a journey through time, I find myself in Vietnam, Cambodia and Laos. Pagodas appear out of nowhere, stone bridges that pass over streams, bamboo plants with stems of various colours, from dark black to golden yellow, monuments that stand up to soldiers who no longer exist.

On the other side of the park, a space-time capsule takes me to the Sahara desert, and here I am in Morocco. Once again colors and smells overwhelm me: colored and perfumed spices, mirrors of all shapes decorated and shiny, glazed terracotta tajines, pointed and unpointed slippers, silver jewels piled one on top of the other, hand-knotted carpets one by one, huge baskets of dried fruit of all colors, wrought-iron lanterns.
Through the bars of the window I can see the border with Tunisia, and even further on Madagascar and Reunion Island.